What would the summer holidays be without those long, sunny afternoons spent lying on the sand with a good book in your hands? If you’ve exhausted all the classics of French literature and the summer’s bestsellers, why not try another genre: the artists’ biography? Since many artists have lived thrilling lives, Artsper suggests these biographies of artists whose lives make for a compelling novel!

Jean-Michel Basquiat: The Dazzling Epic of the Precursor of Street Art

Jean-Michel Basquiat (1960-1988), whose works can be found on Artsper, was undoubtedly one of the artists who made the biggest impressions on the New York underground art scene in the 1980s.

Born in Brooklyn, this African-American with a rebellious temperament left school when he was a teenager to devote himself to his passion: art. His personal graffitis were quickly noticed for their tribal signs and naïve characters. Criticizing consumerism and the exclusion of ethnic communities, Basquiat has his first exhibition at the age of 21. This remarkable arrival brought him to the forefront of the art scene.

These profoundly violent, tortured works relate to art brut and include numerous evocations of death. This work continued to torment him until his death, caused by an overdose when he was only 28 years old.

Short but prolific, the career of the child prodigy of urban art has recently been related in a graphic novel written by Julien Voloj and illustrated by Søren Mosdal. While based on real events, the book tries to reveal the artist’s demons, which inspired him but precipitated in his demise.

Beginning his career in advertising, he became world famous in the 1960s thanks to his screen prints of mass products, then eventually became one of the most iconic artists of all time. Duplicating his works in a multitude of flashy colours, he brought art into the category of consumer goods. In order to produce in industrial quantities, he created his Factory in 1964, a giant studio central to New York artistic life. His works are now among the most sought-after within the contemporary art market.

His biography was written by Victor Bockris, who was close to the artist, is the result of a meticulous investigation of his entourage. It reveals the career of this leader of pop culture, from his precarious childhood in a family of Slovakian emigrants to his breakthrough into the world of show business.

Raphaël: Genius of the Renaissance

Like Jean-Michel Basquiat, Raphael (1483-1520) is regarded as a precocious artist prodigy, whose early death only helped to create a myth.

At a young age, he acquired important notoriety in Northern Italy thanks to his realistic style, characterized by his great gentleness and harmony of shapes and colors. His achievement was completed in 1508, when Pope Julius II asked him to create monumental frescoes to decorate his apartments in the Vatican.

2020 being the anniversary of his death, Raphael is honoured by two major retrospectives. The first, in France, at the Musée de Condé du Domaine de Chantilly and extended until August 30th, displays a large number of his drawings. The second, in Rome, at the Scuderie del Quirinale and open until August 31st, allowing visitors to see his greatest pictorial masterpieces.

On this occasion, art historian Stefano Zuffi published a biography that allows visitors to (re)discover the life of the “prince of painters”, according to Giorgio Vasari. A fascinating biography with the details of his works as guiding thread.

What could be more gripping than the life of Caravaggio (1571-1610)? Raphael’s calm and luminous works are the opposite of the brutal and dark works of the master of chiaroscuro. It has been said that this 16th century Italian artist revolutionized painting.

Breaking tradition, Caravaggio depicted uncompromising realism of sacred Bible characters, transcended by powerful contrasts of light. Like Raphael, he was already famous during his lifetime. The birth of Caravaggism at his death demonstrates his influence on the many artists of the early 17th century. But the comparison stops just as quickly! Aggressive in his paintings as in life, he was compelled to exile himself from Rome after killing a man in a duel. Leaving for Malta, he was finally imprisoned there for a criminal case. After his escape from the island, he died days later near Rome.

Yannick Haenel tells us the story of the tumultuous life of this rogue, “bad boy” painter. Through the analysis of his works, the writer attempts to unlock the mysteries of this famed murderous artists. Discover this fascinating genius of tenebrism!

Although attached to the Caravaggesque school, Artemisia Gentileschi (1593-1653) clearly distinguished herself from the other disciples of the Italian master, as much by her talent as by her success. In fact, few women painters could have a career in the 17th century since they were not allowed access to artistic education… Nevertheless, Artemisia Gentileschi managed to be recognized of her time thanks to the singularity of her painting.

The violence of her scenes, depicting courageous, active women, taking their destiny into their own hands, often earned her the label of feminist artist before her time! Unfortunately, her painting is often interpreted in the light of her personal life. Raped at the age of 19 by her drawing teacher and humiliated by the trial that followed, many art historians justify her choice to paint women in the midst of revenge by her trauma. However, her talent cannot be reduced to the simple representation of strong female subjects. Rather, her subtle and powerful mastery of chiaroscuro must be noted.

Awaiting the retrospective at the National Gallery in London this autumn, the exciting life of one of the first renowned women painters is to be discovered in Alexandra Lapierre’s book. Lapierre’s book received the Prize for Best Historical Novel when it was published in 2012.

Also assaulted in her childhood, Niki de Saint Phalle (1930-2002), whose drawings are for sale on Artsper, choose art as an outlet.

Her decisive encounter with the Swiss artist Jean Tinguely enabled her to join the group of the Nouveaux Réalistes in the early 1960s. She began her series of “Shooting” which scandalized the public as much as it brought the artist international recognition. Her performance paintings are made by shooting with a rifle at pockets filled with paint. They were a means of “shooting at society and its injustices”, especially those suffered by women. She keep on with her commitment through the production of her Nanas since 1965, female figures liberated from the patriarchal and misogynistic world. Behind the appearance of joyful and naive creations, Niki will not end to be committed to the defence of the feminine cause.

This world of fantasy and colour is transcribed in the first graphic biography devoted to her. Plunging us into her artistic universe, the book retraces her journey with great sensitivity.

One of the greatest artists who left their imprint on 20th century art is undoubtedly Frida Kahlo (1907-1954). While politically committed and defending communist values, Frida Kahlo was best known for being one the most famous members of surrealism in Mexico.

Her painting is deeply poetic and inspired by Mexican folklore. This activity has also been the way enabling her to express her suffering through dreamlike worlds. Indeed, Frida’s life was full of tragic events, which nevertheless destroyed her unfailing joy of life. At the age of 18, a bus accident seriously injured her spine, crippling her for life and forcing her to wear a metal corset for the rest of her life. Finding refuge in art, she developed a passionate relationship with the artist Diego Riveira. They tried to conceive, but Frida had multiple miscarriages. Her global recognition allowed her to pass to posterity, while constituting a model for many women through her independence and strength of character.

This rich and dramatic life is told to us in a delicate, touching way by Rauda Jamis, a French author of Latin American origin.

Tina Modotti (1896-1942) died in Mexico and was politically committed like Frida Kahlo. Unlike her compatriot, Modotti was long forgotten by art history. She was known as a great photographer during her lifetime; nothing predestined this young girl who was forced to work in a factory at the age of 12.

After emigrating to the United States, she was spotted for her beauty and became a model, before starting an acting career in Hollywood. She met there the photographer Edward Weston, who made her his muse and taught her the technique of photography. It was during their trips to Mexico that she met artists link to the Communist Party. She decided to use her art to support political and social causes and became a photojournalist for the Mexican communist newspaper, El Machete. After leaving photography behind, she fully devoted herself to the fight against fascism. In 1936, she joined the International Red Cross and took part in the defense of Madrid against the Francoists. After fleeing Spain for America, she helped Spanish refugees and died there at the age of 45.

Gérard de Cortanze dedicated his last novel to the life of Tina Modotti. He had made a series of biographies about women within the 20th century artistic world, including Frida Kahlo and Violette Morris, in a style that is as romantic as ever, making the story more exciting.

If Camille Claudel (1864-1943) is one of the most famous French female artists and sculptors in the world, the whole first half of the 20th century passed her by in silence. Like Tina Modotti, she was subject to a late rediscovery.

Claudel was an apprentice of Rodin in the 1880s before having an affair with him. She hardly managed to emerge from the shadow of her mentor despite her undeniable talent. They separated after ten years of a passionate and destructive relationship. Camille Claudel was convinced that her lack of recognition was caused by Rodin and later developed paranoia disorders; leading to her admission into a psychiatric hospital in 1913. Her family’s opposition to her requests for release explains that she ended her days in total indifference, confined in an asylum until she died in 1943.

This novel about a tragically cursed artist was written by Anne Delbée, who received the 1983 Readers’ Choice Award of the revue Elle for her book.

Christo and Jeanne-Claude: The Duo You Cannot Ignored in Contemporary Art

This article has surely made you aware of the difficulties for women artists to obtain recognition from their peers… A fact that has motivated many authors to take an interest in these complex, exciting journeys! Some artists have overcome their obstacles by working in tandem, blossoming both personally and artistically. One of the most famous couples in art is none other than Christo and Jeanne-Claude!

Christo (1935-2020) and Jeanne Claude (1935-2009) have always worked together, each finding in the other a respective source of inspiration. Attached to the Land Art movement, they are famous for their monumental and ephemeral productions, especially their “wrappings”. They never stopped traveling the world to reveal its beauty.

With Christo’s death on 31 May 2020, the retrospective of the couple’s creations in Paris at the Centre Pompidou (ends October 19th, 2020) has become a tribute. The wrapping of the Arc de Triomphe in September 2021 will be their final salute. Jacob Baal-Teshuva’s book browses their entire work: the passionate adventure of two lives.

Here is a non-exhaustive list of a few artist’s biographies. Learn more about the captivating personalities who were often subjected to the margins of society. While being stunning and entertaining, these artist stories act as a gateway to understanding their artworks by revealing the behind-the-scenes representations of simple appearances. 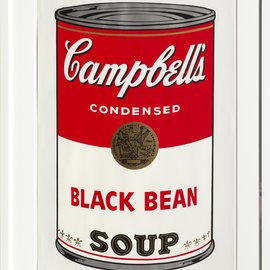 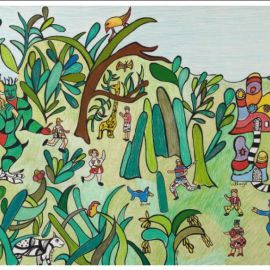 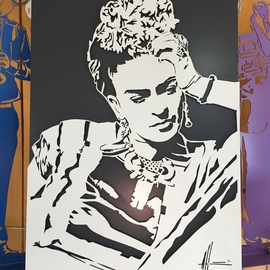 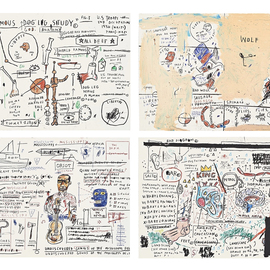