Home > A closer look > Can You Recognize These Famous Bible Stories From Art History?

Can You Recognize These Famous Bible Stories From Art History?

Christianity was without a doubt the single most influential factor on Western Medieval and Early Modern artworks. As early as the middle ages to the Renaissance, famous Bible stories are present in art not only because of their societal importance, but equally as a way of teaching an illiterate population about the Holy Book. Join us as we explore the most common and famous Bible stories you need to know to understand art history…

The Book of Genesis

Starting right at the beginning is the creation of Adam and Eve. It is certainly one of the most seminal images from the Bible recreated in art and literature. Human fascination with the origin of humanity, the paradise of the Garden of Eden, the infiltration of evil and the subsequent fall of mankind has resulted in countless artists trying to visualize and understand these stories and their significance.

One of the most famous biblical paintings concerning the Book of Genesis is The Creation of Adam by Michelangelo. It’s a part of a complex iconographic scheme in the Sistine Chapel. However it is considered the most influential fresco due to its countless imitations and parodies. Other common biblical paintings from this book depict the fruitful utopia of Eden and the expulsion from it following Eve and Adam’s consumption of the Forbidden Fruit, such as The Garden of Eden with the Fall of Man, by Peter Paul Rubens and Jan Brueghel the Elder.

One of the most famous Bible stories is David and Goliath. It tells the story of the shepherd boy David defeating the giant Goliath in single combat using only a slingshot. It is an important tale in both Christianity and as an allegory for strength in the face of adversity. As such there are many depictions of the story in art history. An example above by Italian Renaissance artist Tiziano Vecellio, better known as Titian, plays with perspective to emphasize the size of Goliath compared to David.

In the Bible, the Annunciation is the angel Gabriel’s announcement to Mary that she would conceive and birth the Son of God. Like all imagery concerning the Virgin Mary, it is more prominent in Roman Catholicism and Eastern Orthodoxy Art. This is due to the denomination’s emphasized reverence for her.

It is one of the most frequent subjects of Christian art, with particular spotlight on the perpetual virginity of Mary. With examples dating back to as early as the 4th century, there is an explosion of depictions throughout the Middle Ages and the Renaissance. It has been depicted by Boticelli, Da Vinci, Carvaggio and Murrillo amongst others.

Another famous Bible story we often see is the Last Supper of Jesus and the Twelve Apostles. There are many reasons why it is so important and reproduced in Christian art. Paintings depict key elements such as the betrayal of Christ by Judas and the institution of the Eucharist.

Each painting differs particularly in their depiction of Judas. Artists often use symbols to demonstrate his duplicity. Some display his bag containing the thirty pieces of silver he betrayed Jesus for. In others he lacks a halo, or is depicted sitting separately from the other apostles. There are countless classical depictions, one of the most famous being Da Vinci’s Last Supper. However, some modern versions contain a plethora of symbolism which give way for a multitude of interpretations, such as Dalí’s The Sacrament of the Last Supper.

The Crucifix is one of the most important symbols in Christianity, and the story behind it is one of the tenets of the Christian faith. Depictions of Christ carrying the cross, being crucified and descending from it are extensive within Western artwork.

Based on The Gospel of Matthew, differing depictions include subjects not mentioned in the Bible. This includes John the Evangelist, who is often shown to support the fainting Virgin Mary, and Mary Magdalene. Another popular related image is the Pietà, a form of the Lamentation of Christ where the Virgin Mary is seen to be mourning Christ alone. One of the most famous examples of this is Michelangelo’s Pietà located in St.Peter’s Basilica.

And there you have it, examples of the most famous Bible stories represented in art history. As you can see, Christianity has been immensely influential on Medieval and Early Modern art, and as such it is crucial to understand the biblical texts behind them. If you would like to learn more about biblical paintings from art history, check out our article on some of the more unfavorable depictions of baby Jesus here. We also have a range of modern art on our website by artists who continue to explore the themes of religion and the Bible for you to discover… 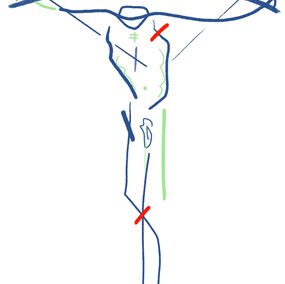 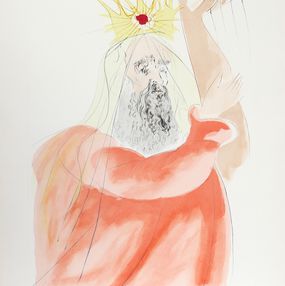 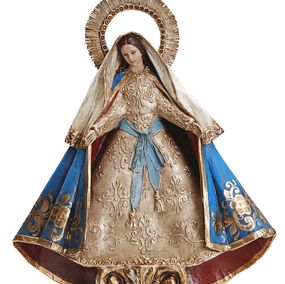 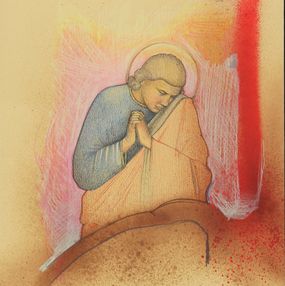