“A wall is a very big weapon. It’s one of the nastiest things you can hit someone with.”

Street art is a visual art created in public spaces that allows artists to communicate directly with a large audience, and thus to escape the traditional artistic circuits. Even though walls are the preferred support of street artists, at its start, when it only encompassed graffiti art, street art could be found on New York subway trains. Since then, things have evolved a lot as street artists use all means possible to create meaningful art and push strong messages. Present everywhere in the world, street art reflects social and political claims that vary from one city to another. A small Spanish town of retired senior citizens, Fanzara somewhat experienced resuscitation through street art… 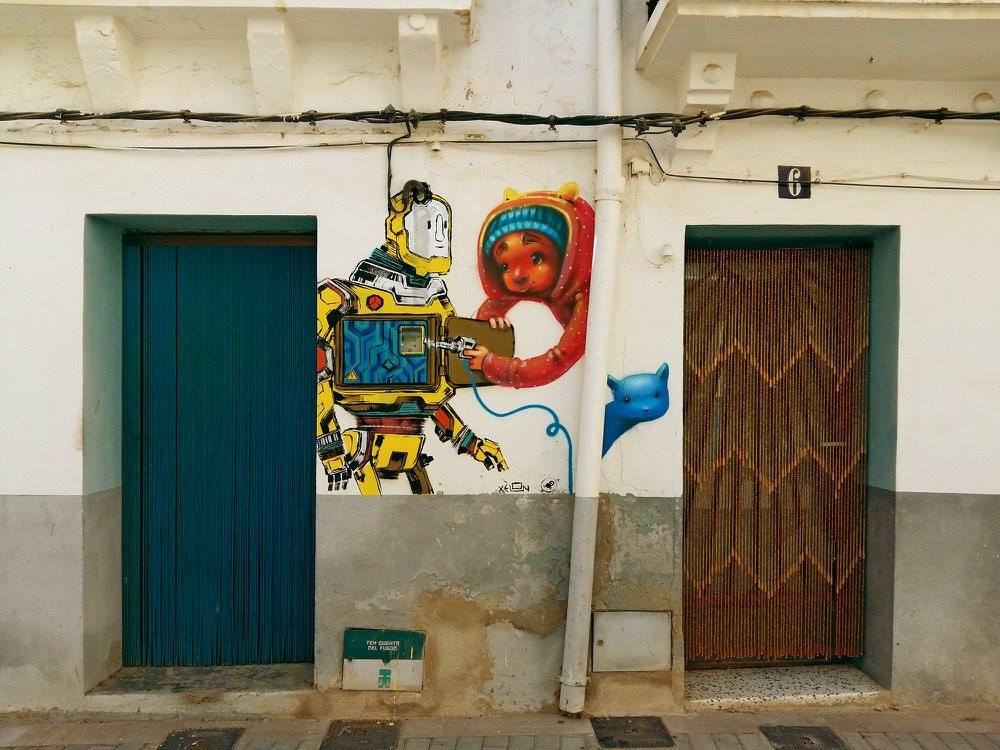 An Animalitoland and Xelon collaboration

In 2005, the Fanzara city hall decided to build a wasteland where tens of thousands of tons of waste would be processed. This project, that was supposed to be in a protected natural site, divided the inhabitants… The small town of the Valencian community seemed doomed to oblivion. However, 2 years ago, Javier Lopez, a great art lover, came to the some 300 villagers with an idea to revive the city, a simple yet crazy project : turn Fanzara into the first open air urban art museum where street artists are free to create everywhere and without any particular restraints… Except for that of including the locals in their creative process ! 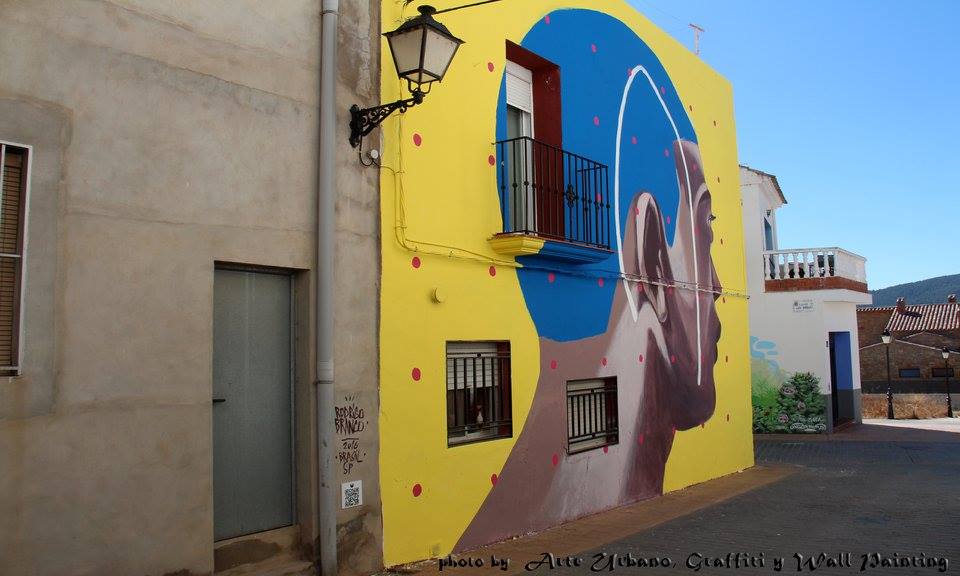 Not easy to convince 70 year-olds to let young artists decorate the walls of their city in all trust ? Even so, the village now has over 50 in situ artworks by various big players of the local if not international scene. For the first MIAU (museu inacabado de arte urbano i.e. the unfinished museum of urban art) festival, the village invited 15 Spanish artists they housed and fed in exchange for their artistic contributions. The residents very quickly caught on, having conversations with the artists and even asking them to paint the façades of their own homes. The collaboration went a step further with certain artists who inspired themselves directly from the villagers to create unique portraits. In this way, the project allowed locals to take back possession of their town and the festival served as an occasion to forget about the arguments that had separated them in the past. 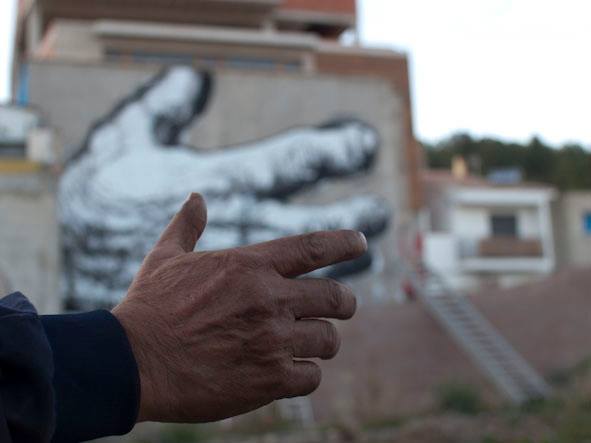 To create this artwork, the Collettivo Fx used an actual resident of Fanzara’s hand as a model.

Since then, the village has returned to life and attracts tourists because of its beautiful murals. Not only did the inhabitants of Fanzara fall in love with the project, the latter is increasingly expanding, branching out to other forms of artistic expression such as theater, music or performance. With this project that was meant to evolve by its very name, the city of Fanzara can thank street art for getting back on its feet and blowing a breath of fresh air in its streets !