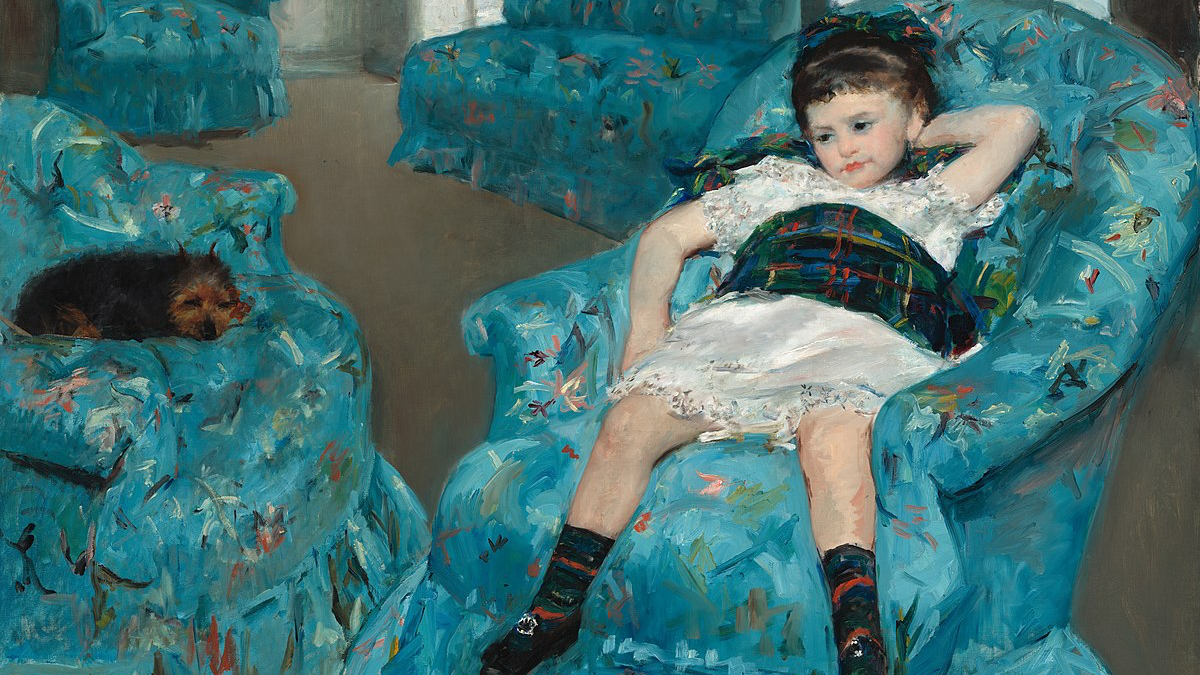 Mary Cassatt painted domestic life. She depicted life in the intimate sphere, focusing her work on the unique motherly bond. Oscillating between painting, print and pastel, this talented portraitist definitely marked her time. She was the sole American member of the Impressionist group, as well as one of the only women ever to be a part of it. Her disruptive presence, her feminist views and her sincerity made her an icon. With Artsper, dive into Mary Cassatt’s universe, characterized by the domestic life of the 19th century French bourgeoisie.

Mary Cassatt, an American woman among the French Impressionists

Cassatt was born in 1844 in Allegheny (now Pittsburgh), Pennsylvania. She grew up in a rich family of bankers, originally coming from France. The young woman spent her childhood between the United States and France, where she spent a few years while her brother Robbie was suffering from bone cancer. The French language and culture were always part of her; her mother, Katherine, spoke fluent French. Nevertheless, this cultural duality influenced Mary Cassatt’s upbringing without interfering in her deep feeling: she was an American woman.

Cassatt studied at the Pennsylvania Academy of Fine Arts, which she left prematurely, as she was unsatisfied with the teachings provided. However, she learned the basics of her art, including color work. In addition, she was forbidden to paint live models because of her gender.

In 1865, a young Mary, her mother and a friend, Eliza Haldeman, moved to Paris. That is where she discovered the work of Degas, for whom she sometimes modeled. She met him at the 1874 Salon, held from April 15 to May 15. A total of 30 painters took part in the exhibition organized in the studio of famous photographer Nadar. Among them were the great names of Impressionism: Cézanne, Sisley, Monet, Degas, Renoir… and one French woman, Berthe Morisot.

Mary Cassatt participated in the fourth official exhibition of the Impressionist group in 1879 and in the following ones until 1886. She was the only American linked to the movement. However, the artist liked to call herself an “independent” rather than an impressionist. She rejected the term and was clearly aware of her ability to create her own path…

Cassatt painted women. She was evolving in an environment dominated by men and suffered from stereotypes. Society believed that women should not be professional painters. She came from a bourgeois family and lived a life full of contradictions, oscillating between conventions and modernity. Her parents did not accept her activity, encouraging her to perfect her education but rejecting her deep desire to become a painter. Pursuing a career in painting was unacceptable for a woman of her rank. She believed that Paris was the only place where she could fully live her dream.

Eventually, Cassatt found her own will to break with tradition in the Impressionist mentality, as freedom and originality of vision were crucial for the group of painters. Nevertheless, her social status was definitely different from her peers’ and she only felt free in the comfort of her home. When her sister Lydia got sick, she took care of her and spent more and more time with her family in the privacy of her home. Cassatt took it as an opportunity to paint domestic life.

She painted women and children, living and growing together. She was fully in control, which was a rare thing for a woman at the time. The little girls she painted could grow up to be whoever they wanted. Her work differs from that of her male colleagues, especially in the way she depicts mothers and children. By varying forms and mediums, Cassatt manages to depict daily life at home without ever sexualizing bodies.

She never got married in order to focus on her career as a painter, but found great recognition in her modern interpretation of the timeless subject that is maternity.

The depiction of the domestic sphere

Mary Cassatt’s paintings feature wealthy women and, by extension, their children. At the time, the role of parent was held solely by the mother. Therefore, from the 1890s, the main theme of her work is motherhood. Her recurring models were her sister Lydia, and Susan, her housekeeper’s cousin. However, in some cases the motherly figure at home is the nursemaid and not the mother. This is why Mary Cassatt’s work can be seen as opposed to sentimentality.

In Cassatt’s work, emotions are conveyed through movements and facial expressions. She works with a quick and sketchy brush stroke. In the intimate sphere, children play, sleep, and read. Cassatt’s paintings encapsulate daily life and find beauty in it. The artist is wrongly seen as an amateur, because her themes of choice are considered as light and shallow. However, her work is a pillar of the 19th century in France. Cassatt, who took part in the Impressionist and Post-Impressionist movements, was a prodigy in the art of portraiture.

The discovery of new techniques, a pillar of Mary Cassatt’s career

From 1890, Mary Cassatt’s paintings were deeply influenced by Japanese engraving, a technique she discovered in an exhibition. The artist began to learn the art of engraving and officially adopted the techniques of etching, aquatint and soft varnish. Famous artists such as Zola, Gauguin or Pissarro noticed her brilliant work, which earned her some jealousy. She started using color in her engravings, achieving a real technical feat while not giving up her preferred themes: the female universe, motherhood, reading, theater… The painter reached the peak of her art between 1890 and 1910.

Moreover, Cassatt’s paintings flawlessly capture the bouncing of children’s cheeks, the flesh of babies, the tenderness of the interactions between her models. Comfortable with painting indoors as well as outdoors scenes, the artist remains more of a portraitist than a landscape painter. Art critics of the time praised her ability to capture mother’s bond, hinting that she was only able to paint it well because she was a woman. Ironically, she never became a mother herself.

Mary Cassatt is a woman of her time, for better or for worse. Her gender, her nationality, her feminist views and the themes she loved to paint about sadly put her in a box. She was not allowed at the opera when her friend and mentor Degas went. In 1891, she was excluded from the Society of Engravers, as they started banning foreigners. The painter spent her whole life trying to impose her take on femininity and women’s rights. Indeed, she supported the Suffragettes movement in 1915 through the sale of paintings.

She did not like jurys and refused two awards for one of her paintings, The Caress: one from the Pennsylvania Academy of Fine Arts and one from the Art Institute of Chicago.

In 1892, the Chicago World’s Fair commissioned her to paint a mural. She seized the opportunity to convey her powerful message. In this allegorical piece, now disappeared, called The Modern Woman, she juxtaposes three panels: Young Women Pursuing Glory, Young Women Reaping the Fruits of Knowledge, and Young Women Embodying Art, Music and Dance. Through them, Mary Cassatt highlights the importance of women’s education and their excellence. She paints her dream society, in which all genders are equal and where women have access to knowledge and benefit from the same social status as men. The mural depicts women and only women, some passing on the fruits of knowledge to the next generation.

The lasting impact of Mary Cassatt

Mary Cassatt’s work seems more relevant than ever. The painter embodies a contemporary fight and keeps on inspiring art lovers. Even if she was part of a major artistic movement, the way she depicted domestic life still shows her uniqueness: she was an American woman, among the French Impressionists.

Dive even deeper in the subject and discover our article on 5 socially engaged women to follow in art ! 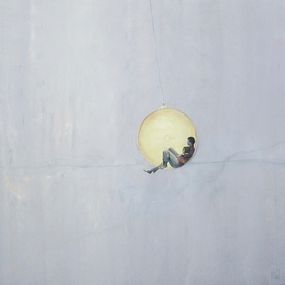 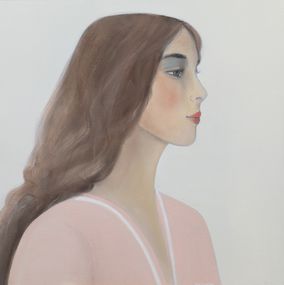 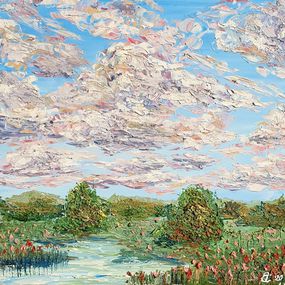 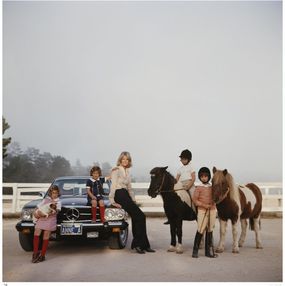