Ironically, it was the restrictions imposed on women artists which opened the (very much closed) door to Impressionism; a movement which crucially included a woman in its troop of founding members. Since a knowledge of the human form was considered far too arduous for the delicate mind of a woman artist, history painting was a strict no-no. Therefore, women artists were left with illustrating less ambitious subject matter, such as the quotidian or the musings and surroundings of urban life. Artsper introduces, and celebrates, 10 women Impressionists you really should know.

Alongside Monet, Renoir, Degas and Pissarro, Berthe Morisot was one of the founding members of the Impressionist movement. Despite her status amongst these fellow male Impressionists, and having exhibited at the prestigious Salon de Paris, Morisot’s subject matter was still considered “trivial.” Morisot’s subjects (children, flowers, women, park gardens, paintings of boats, of the countryside and rural landscapes on Sunday afternoons) were indeed somewhat mundane. Yet, her treatment of these subjects was revived, revolutionary and rebellious. Languid afternoon sunlight peppers the verdure of her landscapes, transforming gardens into Edens through her visible and agile brush strokes. The silhouettes of her subjects blend into the scenery, leaving the oblivious Parisienne steeped in her surroundings; completely rewriting how we consider light and colour.

Although born in America, Mary Cassatt spent most of her artistic career in France, where she was influenced by Japanese art, Old Masters and the domestic sphere. Cassatt was the only American artist to exhibit with the Impressionists in Paris, where her meaningful portrayals of women captured the increasing feminine presence in 19th century culture.

An underdog of the Impressionist scene, and a far-cry from Cassatt and Morisot’s affluent and privileged upbringing, Marie Bracquemond beat the odds. Her working-class family meant she was unable to follow a formal art training like her contemporaries, and was therefore predominantly self-taught. However, when Neoclassical painter, Jean-Auguste-Dominique Ingres, saw Bracquemond’s work, her success was forecast. Bracquemond didn’t remain under Dominque-Ingres’ watchful gaze for long though, as he disapproved of her wandering curiosity wanting to paint anything other than “flowers, fruit [or] still lifes.” Braquemond’s large-scale impressions of women en plein air capture her vivacious style and vibrant colour palette, as she celebrated the modern woman through her paint brush.

Despite being a student of Edouard Manet, Eva Gonzales remained unshrouded by his astronomical presence. Gonzales’ works depict not only her unique vision and talent, but were also a direct response to Manet’s work. In 1869, Manet painted a portrait of Gonzales, and Gonzales responded not with a portrait of Manet, but rather with a series of self-portraits. These self-portraits allowed Gonzales to rewrite her identity as an artist, and reimagine her status as a woman Impressionist painter.

American artist, Cecilia Beaux, was one of the most successful Impressionist portrait painters in America, and even painted Teddy Roosevelt’s wife and daughter in the White House. Her ambition and dedication to her art, saw her reject all domestic duty of marriage and motherhood, to instead becoming one of America’s most esteemed women Impressionists.

Born in Warwickshire, England, in 1860, Laura Muntz Lyall emigrated to Canada as a child. Originally a teacher, Lyall followed her passion for art through painting lessons and workshops, eventually becoming a globally recognised artist. She exhibited across the world, including Chicago, Paris and Ontario, before becoming a member of the Ontario Society of Artists in 1891.

With no formal art training until the age of 36, American artist, Lilla Cabot Perry, was integral in promoting Impressionism in the States and Japan. Perry was also a close friend, and, to some extent, student of the father of Impressionism, Claude Monet. After seeing one of his works, and completing her first ever Impressionist painting, she contacted him for advice on her art. Perry went on to spend three years living in Japan, where intricate, floral fabrics and the lustre of Eastern life, guided her Impressionist paintings and artistic practice.

A lifelong asthma-sufferer, Louise-Catherine Breslau found solace in drawing when she was confined to her bed as a child. Her hobby quickly turned into a bona fide talent, as she became one of the (very) few women artists to be accepted into the Académie Julian in Paris. In 1879, Breslau was the only woman to debut at the Paris Salon, with her self-portait, Tout passé. The self-portrait depicts Breslau alongside two friends; a powerful tribute to her own position as a successful Impressionist, and the other women artists conquering the 19th century art world.

Although not strictly an Impressionist painter, Danish artist, Anna Ancher’s works were heavily influenced by the movement, as she sought to capture the transience of light on her canvas. Ancher’s treatment of the colour and light of interior scenes were inspired by her trips to Paris in the late 19th century, where she frequented galleries and experienced the momentous impact of Impressionism.

Serbia’s most famous woman Impressionist, Nadežda Petrović, was 19th century Serbia’s most important female painter. Serbia’s traditionalist tendencies meant Petrović’s first solo exhibition was badly received, as critics were unable to appreciate her modern talent. Petrović’s deserved recognition came later, when in 1905, she spearheaded the first Yugoslav Art Colony in Sićevo and Pirot, and in 1912, she opened the first teaching studio in Belgrade. 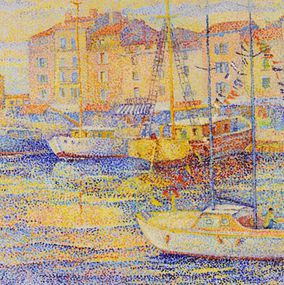 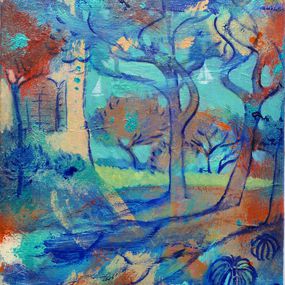 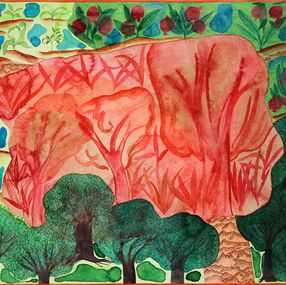 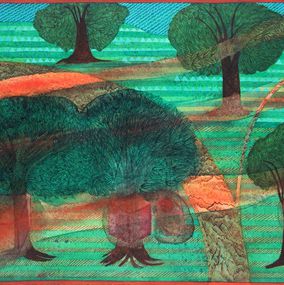