Home > A closer look > 10 things to know about… Roy Lichtenstein 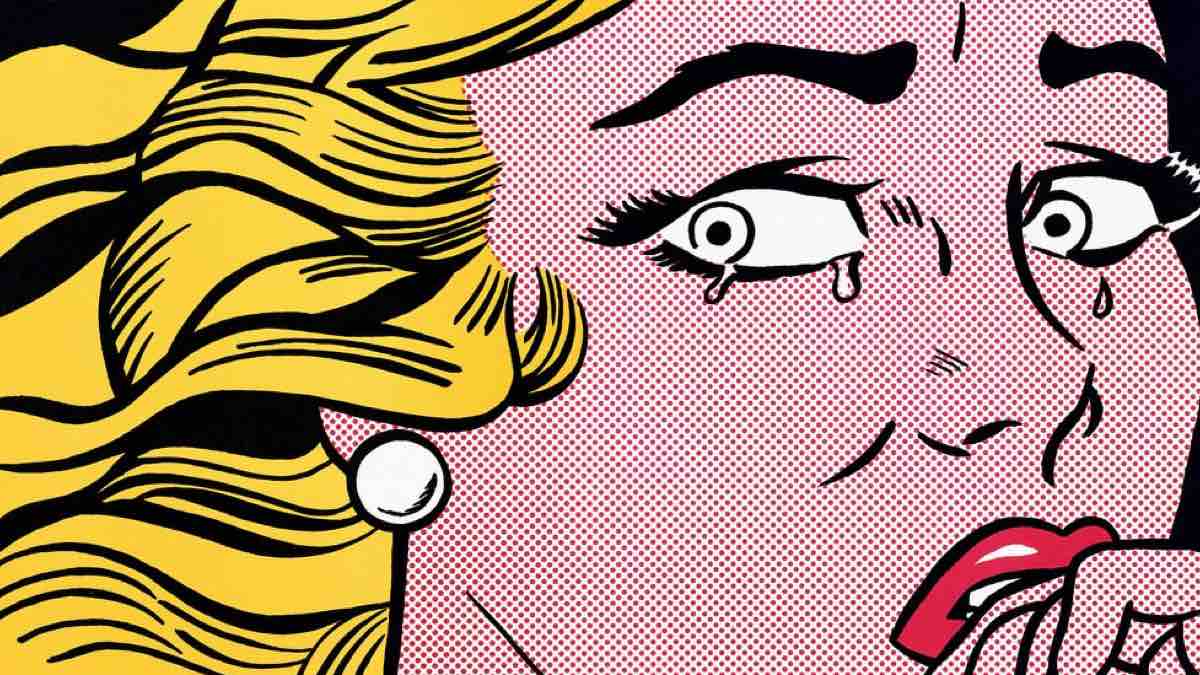 10 things to know about... Roy Lichtenstein

American artist Roy Lichtenstein was a leading member of the 1950s Pop Art movement. His work parodied elements of popular culture and was inspired by comic strips and advertisements. Later in his career, Lichtenstein expanded his visual references to everyday objects, art styles, and elements of art history. His art style is now one of the most instantly recognizable in art history. Today, join Artsper as we take a journey through Roy Lichtenstein’s life in 10 facts!

Lichtenstein was born in New York to Beatrice Werner Lichtenstein and Milton Lichtenstein, a successful real estate developer. He grew up in Manhattan and was passionate about comic books and science from a young age. His interest in art began during his teens.

2. Lichtenstein was very interested in music, and played in a jazz band during high school.

A less known fact about Lichtenstein is his deep interest in music. He played the clarinet and piano, and was part of a jazz band during high school. Later in his life in 1988, he designed this music-inspired poster for the American Music Festival.

3. He invented a type of rotating easel to help him paint from multiple angles.

Lichtenstein claimed that his subjects were less important to him than other visual aspects of his works. He focused greatly on the creation process and style of his paintings. To aid this, he created an easel that he could rotate to reach different angles of an artwork easily.

4. His work Look Mickey was inspired by his son.

Lichtenstein painted the work Look Mickey after his son told him, while reading a journal of Mickey, “I bet you’re not able to paint as well as this, Dad?” This was the first work that Lichtenstein produced using the “dots” method that became his signature style.

The technique that Lichtenstein used in most of his works is called “Ben-Day”, in reference to the print technique of reproducing a series of points on paper. He would draw by hand an image from a cartoon that inspired him, before projecting it onto a canvas on a large scale and filling in the forms with colored Ben-Day dots.

6. He often referenced other artists in his work.

Roy Lichtenstein liked to pay tribute to old artists by imitating or parodying them. Some examples of artist that he referenced in his work are Matisse, Picasso or Mondrian. In Woman with Flowered Hat, Lichtenstein pays tribute to the distorted faces of Cubist master Pablo Picasso.

7. He produced landscapes and still lifes.

Although much less known than his comic book-inspired works, Lichtenstein also produced several landscapes and still-lifes throughout his career. While they differ in subject matter, these pieces often employ the same recognizable style that he used for his other works.

8. He was also a keen sculptor.

As well as paintings, Lichtenstein also produced sculptures. Among his most famous sculptural works are Lamp and Barcelona Head, which he produced for the 1992 Olympic Games in Barcelona. This work retains elements of his signature style, such as Ben-Day dots and bright colors.

Lichtenstein passed away from pneumonia in 1997. Two years later, the Roy Lichtenstein Foundation was created with the aim to make a catalogue of the artist’s work widely accessible.

Lichtenstein produced a staggering number of works throughout his life, and 4,500 of these are believed to be in circulation today. Many of them are held in prestigious museums such as The Museum of Modern Art in New York and The National Gallery of Art in Washington.

The impact of Roy Lichtenstein’s extensive œuvre continues to inspire new generations of artists around the globe. His contributions to the art world are reflected in museums and galleries worldwide – have you ever had the opportunity to go and see his work?