Home > A closer look > Pop Art: US vs UK – origins and differences

Pop Art: US vs UK - origins and differences

The Pop Art movement is especially well known for the iconic work of Andy Warhol and Roy Lichtenstein. However these are often misunderstood. Pop Art developed simultaneously in the UK and in the United States. Artsper will point to essential pieces of background information to comprehend these legendary pieces of art.

Pop Art is an artistic movement which appeared in England in the mid 50s and concurrently in the United States a bit later towards the end of the decade. It emerged in opposition to the traditional approach the world had towards art. The movement claimed that elements and symbols of popular culture and mass consumption could be on par with fine arts. Pop Art denatures the material from its environment by isolating the object or combining it with others of daily use. Known in the world as a major artistic movement of the 20th century, Warhol’s Marilyn became the emblem of pop art. It was characterized by topics emerging from western popular culture, especially American. Whether it be comic strips, ads, movie or music stars, everyday objects, and Pop Art is interpreted as a rejection of imagery of abstract expressionism (Jackson Pollock). The rather pejorative “pop” designation of the movement referred to pop music greatly rising during that period. It’s a message addressed to the elitist artistic culture which was waning from its lack of accessibility to the public on a visual and intellectual level. On a technical level, pop art differentiates itself by the use of mass serial reproduction of the artistic products.

Pop Art was born in Great Britain at a time where it was heavily influenced by American culture. A lot of the biggest names of the movement were American. There is thus a strong proximity and connection between the movement as it evolved in the US and in England. However, differences can be found. In the US, pop art is a return to compositions described as “hard-edged”, using mundane reality, popular culture, irony and sarcasm. On the other hand in England, the movement started out with a more academic vision. The focus was put on energetic and paradoxical figuration of American pop culture, as it can be find in the works of Richard Hamilton. They used parody and self-depreciation as a way to denounce the powerful western system of manipulation which affected societal behavior all the while bringing it to material prosperity. English pop art was fed by American culture but through the lens of distance, whereas American Pop art was the direct result of this “American dream,” a very central idea in American identity at the time.

American Pop Art reached its peak in the 60s. The world of advertisement and consumption had adopted and reappropriated the codes of modern art. American artists thus had to push further their thought process by looking form more serious and in depth topics to distance art from manufactured artifacts. The British had a more distanced vision of American pop culture influenced by their European eye. This resulted in art characterized by it’ romanticism and proximity with emotions and laughter. Bombarded by daily publicity, and mass production of everyday objects American artists were bound to have a different tone. Coupled with the contested war in Vietnam, the resulting art was more brutal and aggressive. Robert Rauschenberg and Jasper Johns were emblematic painters of American pop art. Echoing Kurt Schwitters’ Dadaist work, Rauschenberg delivered a clear criticism of contemporary society. Roy Lichtenstein is probably one of the masters of American pop art known for his humor, his comic book references, and use of texts within his productions. He defined his work as “hard-edged” but composed in a soft manner. Andy Warhol’s paintings, like Lichtenstein’s directly reference the familiar iconized image of American pop culture but treat the theme in an impersonal and cold manner. This treatment of art reflects and idealization and paradoxical hated of mass production.

Artistic group “The Independent Group” (IG), founded in London in 1952 is considered the precursor to Pop Art. It gathered artists, painters, sculptors even architects, they shared same view points towards academic and traditional approach of fine arts. Eduardo Paolozzi presented in 1952 a series of collages called “Bunk” to other “members” of the IG. The elements used for these assemblages were taken from magazines and comics and other manufactured objects and logos. For the first time the word “pop” appears in one of the images by Paolozzi, I was a Rich Man’s Plaything, where you can see a revolver surrounded with smoke and imagery of Coca-Cola and on the forefront a pin-up. Following the presentation of Paolozzi, this collective focused essentially on the codes and languages of American pop culture. The American influence is close, it has exported but is still distanced. They have a certain hindsight the American artists don’t have. They are principally interested in mass advertising. The term “Pop Art” was coined in an article written in 1956 by Alison and Peter Smithson for Arc. 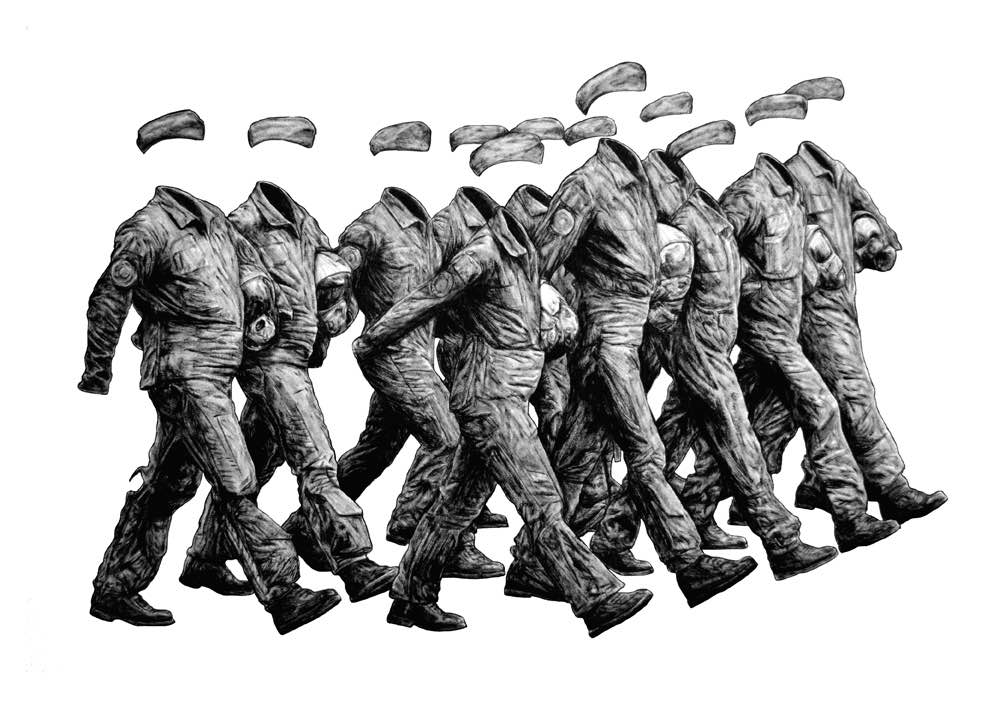 12 May 2016
A Showcase of Diversity: 6 Artworks from Urban Art Fair
Urban art fair, the first international fair dedicated to urban art, took place in « Le Carreau du Temple » from April 22 to 24, 2016. Given the artistic, economic and social phenomenon that urban art represents, it is essential these days to see it as a deep cultural root for our societies and to dedicate to this genre a…