The civil rights era was a period in which Black Americans sought equal rights under American law during the 1950s and 1960s. Although the 13th amendment had abolished slavery, nearly a century later Black Americans continued to endure discrimination, violent oppression, segregation, and lynchings during an era known to the world as, “Jim Crow.” Many Black visual artists during the civil rights era were inspired by the revolutionary time, using the monumental moment as a backdrop to their works. At Artsper, we are committed to accessibility and the equal representation of art. Together, let’s examine 10 artworks that defined the civil rights era.

Artist David C. Driskell relocated to the South at the end of the 1950s shortly after the lynching of 14-year-old Emmett Till. Emmet Till’s story was not the first or the last of its kind, but the coverage was widespread throughout the entire country. Till’s mother insisted that his casket was open during the funeral service so that the world could see his mangled and battered body. This ignited a sense of anger and rage throughout the Black American community. Many have said that it was this very moment that prepared Black Americans to fight for equal rights during the civil rights era.

Driskell understood the ability art has to capture and puzzle the minds of others and he felt a certain responsibility to use his artwork as a vessel to talk about the horrific murder that had just taken place. He painted Behold Thy Son in 1956. The painting is rooted in religious iconography, paying homage to the crucifixion of Christ and the Pieta. However, the central figure is no longer Christ but rather a young Emmet Till. The jarring image speaks to the unjustified sacrifice of those who are innocent.

From 1955 to 1956, Black Americans in Montgomery, Alabama, boycotted the bus as a message against the city’s racially segregated public transportation laws. Artist Charles Henry Alston was influenced by this moment in history and created his painting, Walking, in 1958. Instead of rendering the key figures of the civil rights era, such as Martin Luther King Jr. or Rosa Parks, Alston chose to depict undistinguished human forms as they walked every day in protest of the segregated buses. While central leaders of the time were essential to the widespread coverage of the movement, it was the everyday adults and children who built the backbone of the civil rights era. Alston’s painting celebrates and remembers their tremendous efforts and electrifying spirit.

Beyond the horrific Jim Crow legislation that took hold of the United States for decades, Black Americans feared the rise of attacks orchestrated by white supremacist groups. In his semi-abstract painting, Norman Lewis depicts swirls of red and blue surrounded by small white figures. The presence of white is an allusion to white hoods, an ominous symbol of the Ku Klux Klan. In Evening Rendezvous the painting and its title refer to late-night Klan meetings that took place frequently. The colors of the image also are representative of the American flag. It is known that many white supremacist groups describe their purpose and gatherings as a means for patriotism. They utilize their supposed patriotism as a justification for hatred and violence.

World-renowned artist, Jacob Lawrence, depicted scenes of everyday existence for Black Americans. In his painting, Soldiers and Students, Lawrence captures the fear and outrage many people felt during the desegregation of schools throughout the United States of America during the civil rights era.

Homage to My Young Black Sisters by Elizabeth Catlett is emblematic of the civil rights era. The powerful wood sculpture depicts a bold and dynamic female figure, rendered in abstract simplicity. At the center of the form is a hollow oval, painted black. Cartlett often carved sculptures from mahogany and cedar as the color of the wood captures a darker melanin. In Homage to My Young Black Sisters, Catlett created an upward dynamic, as the sculpted woman has her right arm raised, proudly clenching her fist, the symbol of Black Power and excellence during the civil rights era.

America People #20 Die is one of Faith Ringgold’s earliest works. The Harlem-born artist is known for her depictions that capture systemic issues faced by Black Americans. This painting commemorates the Long Hot Summer of 1967, a period that refers to 159 events of police brutality that erupted throughout the United States, targeting Black Americans. In America People #20 Die, Ringgold depicts a violent riot, rendering murdered bodies, facial expressions of fear, while referencing Picasso’s Guernica.

Abstract artist Sam Gilliam, created his purple-tinted composition, April 4, in 1969. The artwork stays true to Gilliam’s abstract style. It is free of form and figurations, focusing entirely on diluted stains and acrylics. Without mention of the title, the viewer is left with a lilac landscape free of emotional ties. However, Gilliam had a tragic event in mind when creating this work. The title, April 4, is the very day when Martin Luther King Jr. was assassinated. A year after his murder, Gilliam picked up his canvas and created a captivating universe. He tapped into the nuanced emotions experienced by many Black Americans throughout the United States during the civil rights era. It provides a moment of reflection, allowing spectators to feel grief and the depth of Martin Luther King Jr.’s legacy.

The Door (Admissions Office) by David Hammons commemorates the trauma and struggles associated with desegregating schools during the civil rights era. Hammons presents a wooden door frame on which “Admissions Office” is written. Below the door’s label, there is an ink print of the profile of a body that has been violently pressed into the door.

Hammon’s work speaks to the violence experienced by Black American students who desegregated white schools throughout the states. It has been argued that the process of desegregating schools was one of the most far-reaching efforts throughout the country which resulted in a vicious response from racist-white America. There were instances where white students and adults would physically stand in the doorframes throughout school’s preventing Black students from entering. This is the very incident that Hammons channels in his powerful artwork. It provides spectators a moment to reflect upon the traumas and struggles that Black students experienced during this moment in the civil rights era.

Co-founder of the Black artist collective AfriCOBRA (African Commune of Bad Relevant Artists), Barbara Jones-Hogu, created powerful artworks. The collective believed the process of making and distributing art a radical act. Artists from the collective engaged with Afrocentric aesthetic renderings and ideologies that touched many Black Americans during the civil rights era. A powerful message of Black power and empowerment is central in Jones-Hogu’s Unite. In the foreground of the artwork, there are central Black figures freely embracing their natural hair. They raise their right arms in the air with clenched fists, a symbol of Black power. Above the figures, the word unite appears several times in a fragmented style. Jones-Hogu is inspiring fellow Black Americans to come together and fight for civil rights while inspiring a movement of Black excellence and power.

Internationally recognized artist, Betye Saar, is best known for her artworks that incorporate recycled objects while creating images that reference Native American and Black culture.  In the Liberation of Aunt Jemina, Saar repurposes the racist, Jim Crow archetype, the “Mammy,” as the central figure. The doll is carrying a broom in her right hand and in lieu of gripping a pencil in her right hand she is holding a rifle. In doing this, the doll is liberating herself from the submissive archetype. The character has now become powerful, threatening, and resilient. Beyond this, there is a clenched fist in the foreground, a symbol of Black Power. Saar mentioned that this was the first politically-oriented piece she had ever made. She felt motivated to engage with political art after the assassination of Martin Luther King Jr. in 1968.

The withstanding impact of art

The civil rights era was a very important time in American history that remains prevalent today. While these are only 10 powerful works that are rooted in history, there are many more to discover and appreciate. To learn more about today’s change-making artists, explore Artsper’s collection of emerging Black artists. 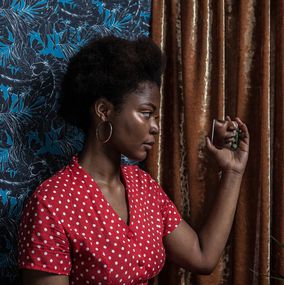 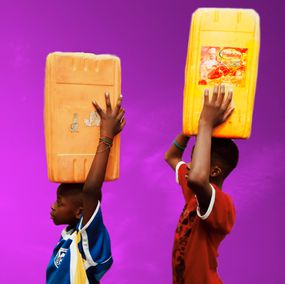 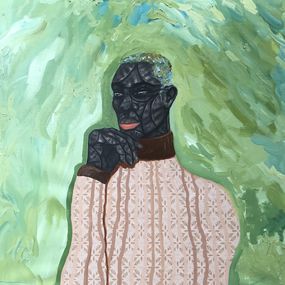