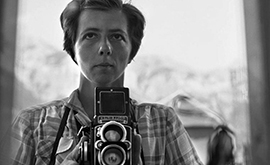 5 films to see this summer

Make the most of this summer’s bad weather with a visit to the cinema! Here are some films not to be missed.

This documentary retraces the incredible destiny of a former American baby-sitter, unknown but passionate about photography and who became famous after her death. It was by accident that the young John Maloof came across thousands of undeveloped films hidden in a wardrobe. Little by little he was to discover someone who would become recognised as one of the most talented photographers of the 20th century.

The terrible story of Agnès Le Roux, heiress to the Palais de la Méditerranée. The girl fell into the grip of the evil Maurice Agnelet, who would control her until he killed her one evening in October 1977. Later, the main suspect known as “Maurice” was found guilty and sentenced to life imprisonment. Return to a news item that continues to resurface.

Claude and Marie Verneuil are rather “Old France”. However, as fate would have it, their daughters have married a Muslim, a Jew and a Chinese guy respectively. Happily, the youngest meets a good Catholic… But Claude and Marie have more surprises in store! Hilarious situations, caricature personalities and family misunderstandings… All these elements come together for a successful comedy.

The concept is amazing: every year for twelve years, director Richard LInklater has reunited the same actors to make a film about the family and the march of time. We see their lives in acceleration and witness a family typical of the American Way Of Life. Disturbing.

A vision of our future {Her}

A man living probably in the 2020s is inconsolable after a relationship breakup. He acquires a computer program that speaks and adapts itself to its owner. Theodore meets the computer voice Samantha and gradually falls in love with her.