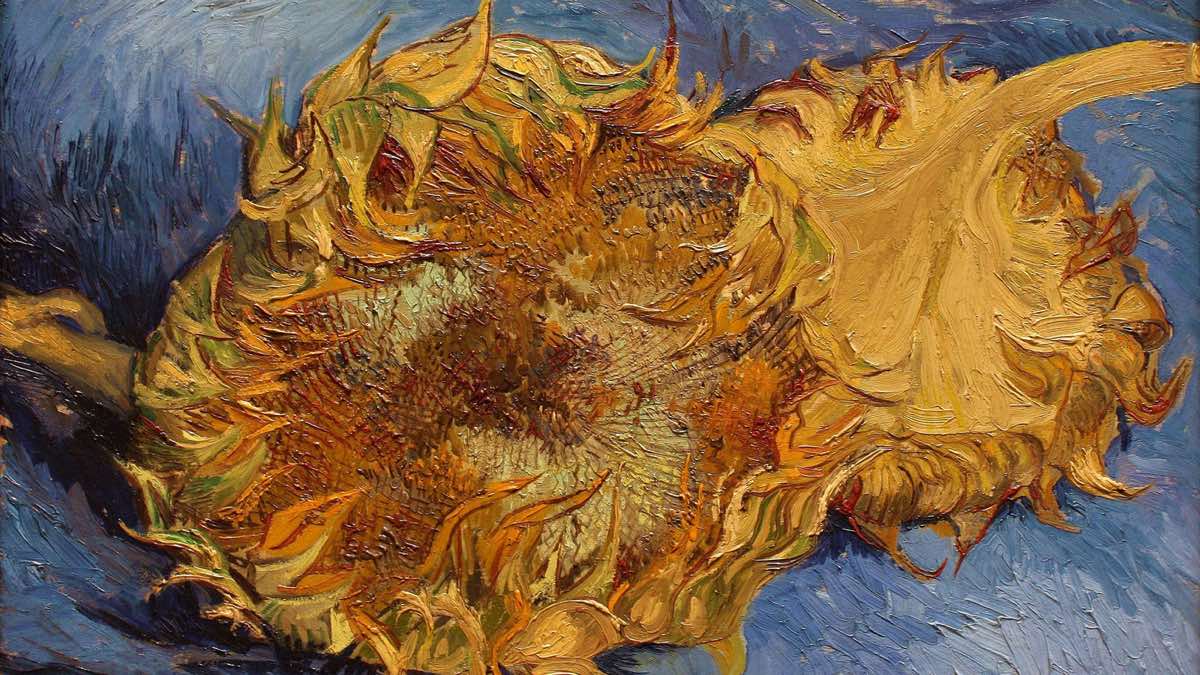 Vincent van Gogh will never cease to amaze art lovers and spark their curiosity. One of the peculiarities of this tormented artist was that he only achieved posthumous fame. This aspect of his work mirrors precisely his life troubled by cyclical crises, which were nearly impossible to refrain. In the turmoil of everyday life, Van Gogh found light. Luminosity was a prominent aspect of his work. His style can be characterized by dynamic brushstrokes met with vivid colors. In this artistic ecosystem, a motif emerged: sunflowers. Here are further explanations on Van Gogh’s fascination with the bright flower.

The decisive role of the artist’s childhood

In the mid-19th century, the Van Gogh family lived a simple life in a rural Dutch town called Zundert. Vincent van Gogh’s childhood in a bourgeois family had a considerable impact on the cursed artist. In fact, it left a permanent mark. Beyond this, Van Gogh’s entry into this world was during a period of tremendous grief for his family. His mother gave birth to a stillborn baby only a year beforehand. This tragedy scarred the household. It fostered an atmosphere of anguish and fear after the loss of a loved one. Shut-in and rather narrow-minded, the child found comfort in daydreaming. He enjoyed being a wallflower, often observing his daily surroundings, which one could describe as banal.

To fully appreciate the extent of Van Gogh’s worship of sunflowers, it is necessary to explore the fragments of history that the artist left. Coming from a village that was not very important within the cultural or political scene, luxury was not part of the artist’s childhood. Perhaps this is why he was so fond of this flower, which he called the “rustic sunflower.” When looking at sunflowers, he did not detect an ounce of refinement. And yet, sunflowers conjure a particular beauty. That of the real countryside, that of real life, that of real people. The sunflower was thick, coarse and imperfect, its sharp petals and its stem changing in appearance, swiveling with the movement of the sun. We can guess that its bright color helped him to illuminate his days, which were either spent in the Netherlands, in Paris, or in Arles.


The story behind the Sunflower Series

In August 1888, Van Gogh wrote to his brother, a prominent art dealer. In the letter, he wrote of a large sunflower he had seen in a window near his gallery. He explained that it inspired his first series of Sunflowers, painted in 1887. The second series was painted in Arles and consists of six canvases, two of which he calls “repetitions.” These two periods of the artist’s life are sadly known to have been destructive and brutal, although extremely prolific. Indeed, it was during this time that the painter composed his most prized pieces, leaving a significant mark on the history of art. In fact, towards the end of his life, Van Gogh constantly reminisced about his childhood. One can notice a recurring nostalgia in his paintings. In particular, in one work, where his mother and sister are seen in a garden full of sunflowers.

Winter of 1888. Vincent van Gogh and Paul Gauguin lived together for a few weeks in the famous yellow house in Arles, in the south of France. These 63 days were marked by a common admiration that would quickly turn into a failed friendship for the two post-Impressionist artists. After his first series of Sunflowers in 1887, Van Gogh returned to his love for the colorful plant during his days shared with Gauguin in Arles. After inviting his friend to join him in this modest Provençal house that he fantasized as the utopian epicenter of their productions, Van Gogh decorated his comrade’s room. What better way to adorn the yellow house’s walls than with flamboyant sunflowers?

Their relationship, although friendly, turned out to be partly motivated by a financial objective. Indeed, Theo van Gogh, Vincent’s brother and art dealer, played a large role in the flourishing career of Paul Gauguin, the French painter fresh from his excursion to Martinique. However, the two artists had great respect for each other, and participated in each other’s recognition. Gauguin’s attention to Van Gogh’s paintings of sunflowers surely motivated the Dutch genius to pursue his still life compositions. The Frenchman eventually asked for paintings from the two sunflower series. There were a total of 11 works, one of which was lost during the Second World War. Despite their differences and the tragic episode of Van Gogh’s accident, the duo continued to correspond until his untimely death.

For Van Gogh, the sunflower is the product of its time. The plant represents the different stages of life; although it shines brightly when the sun is at its zenith, it is no less inspiring when it silently disintegrates. At the time, the Impressionists’ work on light and color had a great influence on the painter. He, too, had the sudden urge to infuse contrasting shades into his oils. Tone on tone, yellow on blue, green on yellow; Van Gogh experimented with color. The most sovereign of them all? Yellow, of course.

Over time, the painter made the flower look and feel sacred. He made it the symbol of life, the personification of light and of the purity of a simple existence. He could paint it tirelessly, feeding again and again on its power, as if he saw in it a nurturing mother or even a sacred guide. Van Gogh even said that it symbolized gratitude.

At the same time, sunflowers brought Van Gogh great comfort. He had the idea of associating two of his still life works with an emblematic portrait that he had painted in January 1889, entitled La Berceuse. It represents Augustine Roulin, the wife of Joseph Roulin, postmaster in Arles. He painted the family many times, however, this portrait focuses on the mother figure. Augustine symbolizes motherhood and comfort. His desire to add two versions of his precious sunflowers to this allegorical representation seems to be a matter of course! This triptych was for him the materialization of gratitude.

Becoming one with the sunflower

A sense of uniqueness animated Van Gogh. From an early age, the artist worked to cultivate this rich inner self. Although supported emotionally and loved unconditionally by his brother, he often lived alone in unstable environments. He recognized himself in the sunflower, which he considered a magical living being. While his colleagues did not pay much attention to the plant, he decided to focus his work on it. He cherished that it had gone unnoticed until then.

Gauguin said sunflowers were “unequivocally Vincent.” Briefly, between 1886 and 1889, the flower became the artist’s signature. In a letter to his brother Theo, Van Gogh wrote: “The sunflower is mine.” At his funeral, his relatives held sunflowers in their hands.

Vincent van Gogh’s short career had a profound effect on modern art. His paintings are among the most famous works of the 19th century and, arguably, of the entire canon of art history. They sell today for tens of millions of dollars… You can still find his sunflowers all over the world, in the greatest museums! 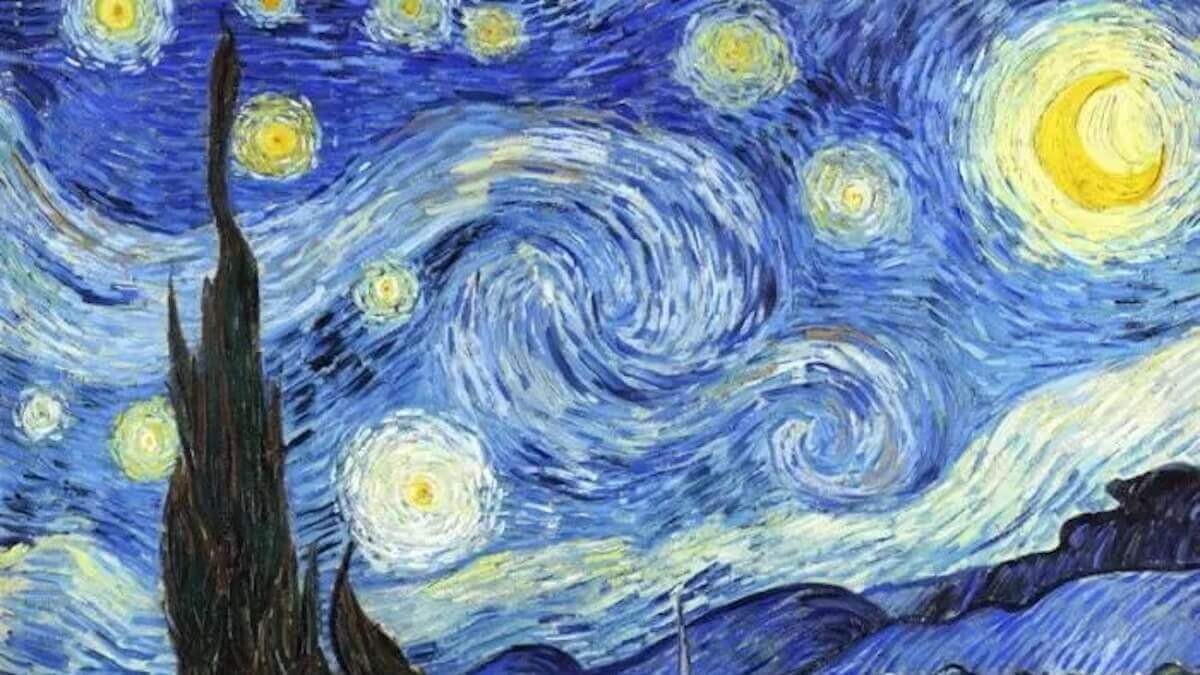 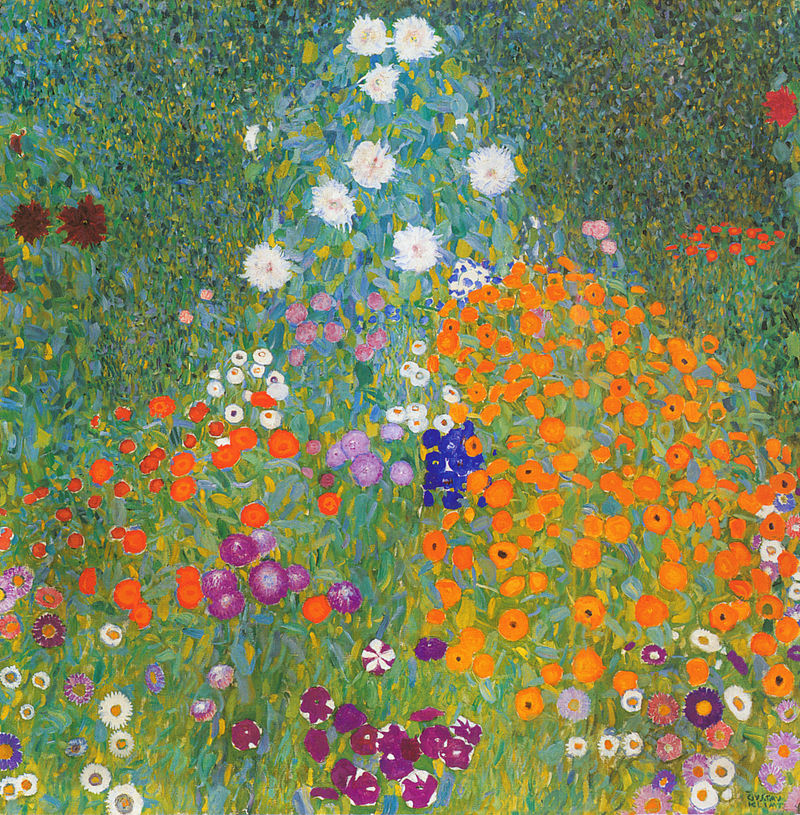