When we think of Christmas, often we immediately think about mulled wine, twinkling pine trees, foam deers and so many other clichéd items… Contemporary art does not seem to find its natural place in the middle of this mainstream holiday. In light of this, to go against the grain of any preconceived ideas, Artsper has made a list of our Top 6 Christmas artworks just for you!

Christmas (with Double Boy on Crutches), 1991

John Baldessari is a conceptual American artist known for his famous “Cremation Project” of 1970, for which he simply burnt the entirety of his production between 1953 and 1966. He works with photography as well as video, painting and collage. His art questions the relationship between language and image using visual and written elements that come from advertisement, cinema and newspapers that he collected over the years. 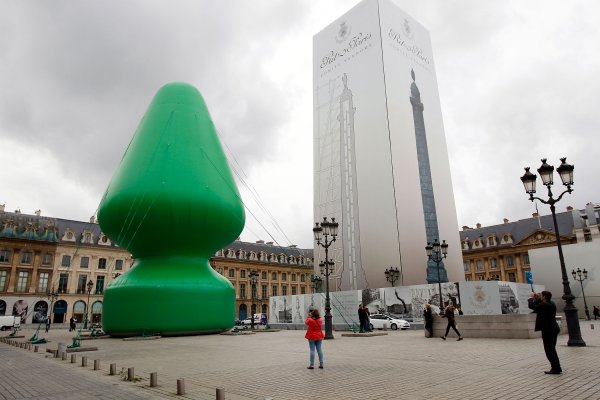 Paul McCarthy is an American sculptor as well as a video and performance artist. In the 1970’s, his work revolved around American mass culture, then he turned to found objects in the 1980’s. Starting in the 1990’s, he created realistic mannequins exploring taboos around sexuality and the nuclear family. Often provocative and sexually explicit, his work sparks controversy, for example in 2008 on the occasion of his Parisian Christmas tree installation at the Place Vendôme as pictured above. 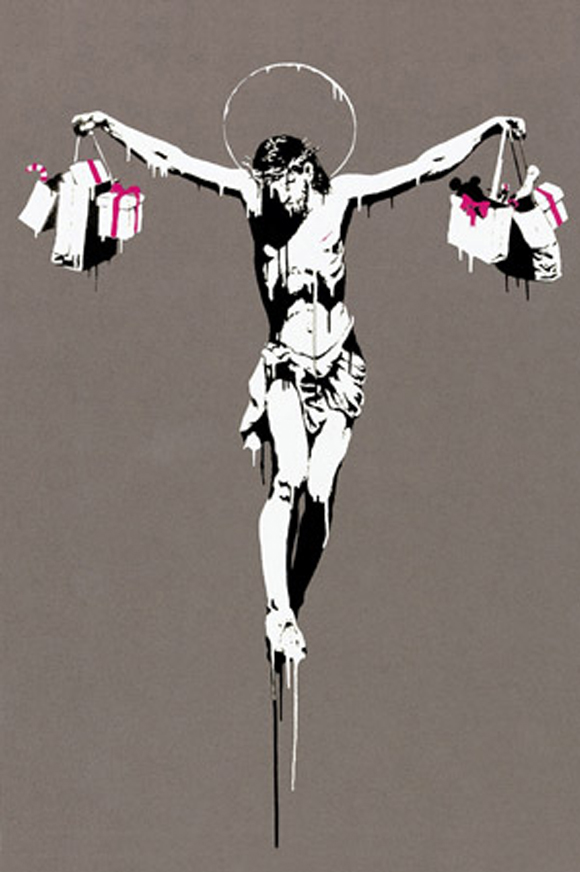 Banksy is the epitome of the troublemaker artist: the key ingredient in his works is an irreverent spirit and a dark humor combined with a visually striking stencil technique. Banksy managed to create an aura of mystique around himself since his identity is still unknown to this day. For this Bristolian, street art is a weapon to denounce society, politics and international leaders. His artistic stance that is increasingly called into question due to his wide-spread success. 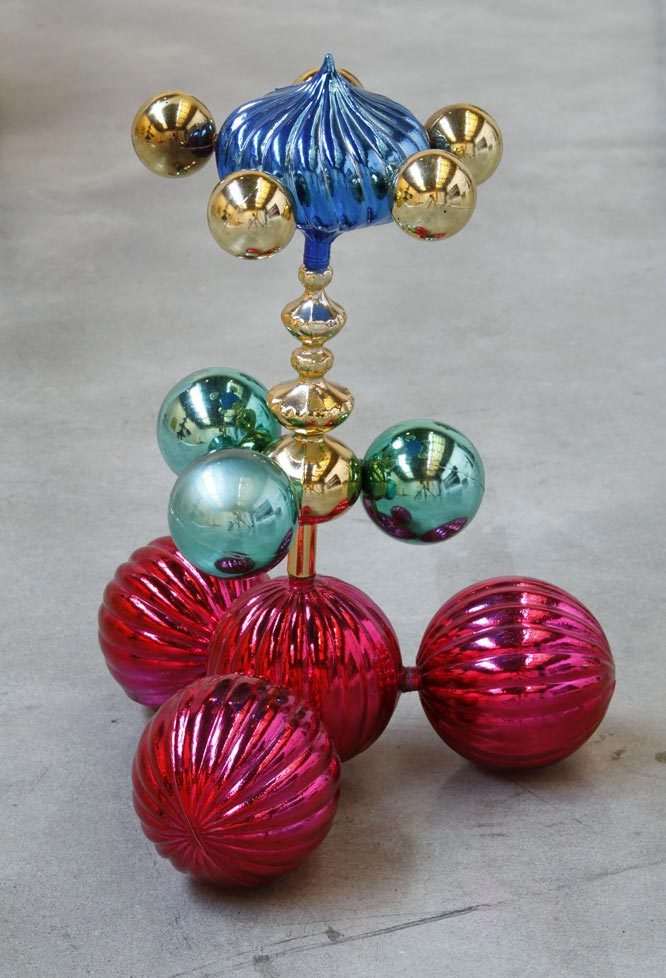 Marepe is a Brazilian artist whose work is deeply rooted in the history and tradition of his native region of Bahia. He transforms daily life objects such as aluminum, plastic basins, water filters, and telephone cards into sculptures that he infuses with a poetical and social meaning. Marepe calls the status of objects into question through art in the same spirit that Marcel Duchamp did with his works. 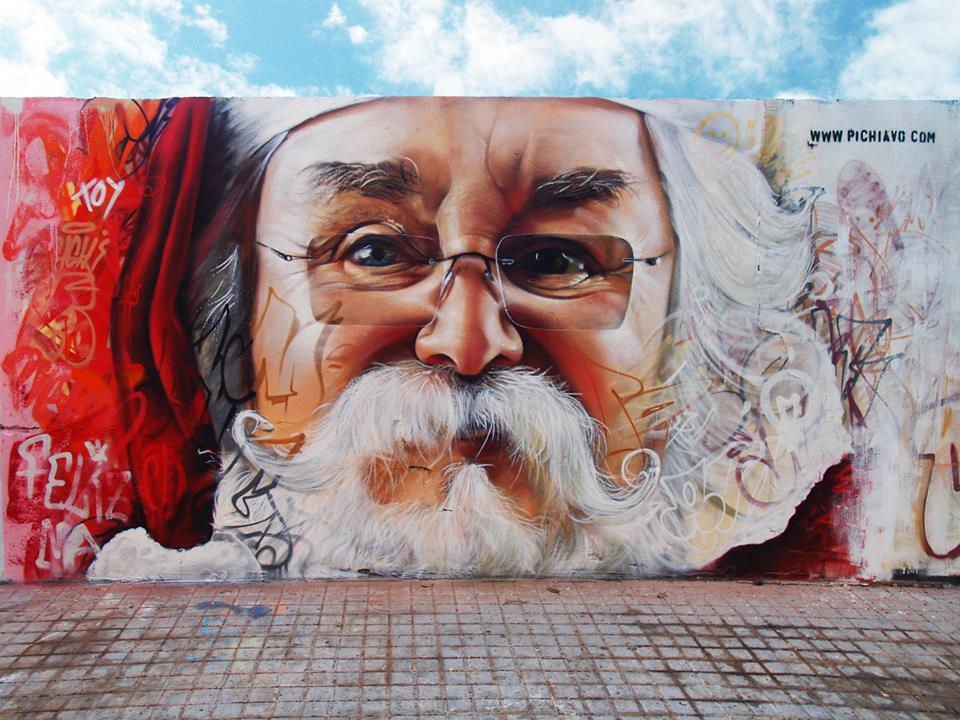 Pichi & Avo are a street artist duo from Spain producing large scale murals with vivid and fresh colors. Their street art style is strongly influenced by classical sculpture as well as their backgrounds in fine art. Pichi & Avo combine their mastery of classical techniques with surrealism and splashes of color. A truly original mix of antique references and street culture!

Installation made from trash by Bordalo II, Portugal

Bordalo II is a Portuguese artist who creates colorful artworks from recycled materials (cans, metallic pieces, old bumpers…). He does this in order to raise awareness around environmental issues. His works are usually three dimensional and often represent animals, reflecting his interest in the environment. Made completely out of garbage, this installation highlights the correlation between consumerism during the holiday season and excess waste.

As you can see, these artworks are a step away from the usual tropes that we have grown accustomed to around this time of the year… In fact some call out our usual behaviors during this season, once again highlighting the power of contemporary art! In spite of this, we hope this small but mighty selection of Christmas inspired works gets you thinking about different ways to celebrate the holiday season through contemporary art!