While impressionist where wondering about light and visual sensations in paintings like “Snow effects in Giverny” – Monet, 1893, a group of French artists called “The Incoherent” were having fun behind their backs! They produced the first monochromes: “Boozy patrol in fog” (grey); “Tomato harvest by apoplectic cardinals along the red sea” (Red); “Nigger fight in a Cave during the night” (Black), “First communion of chlorous young ladies in the snow” (White)… 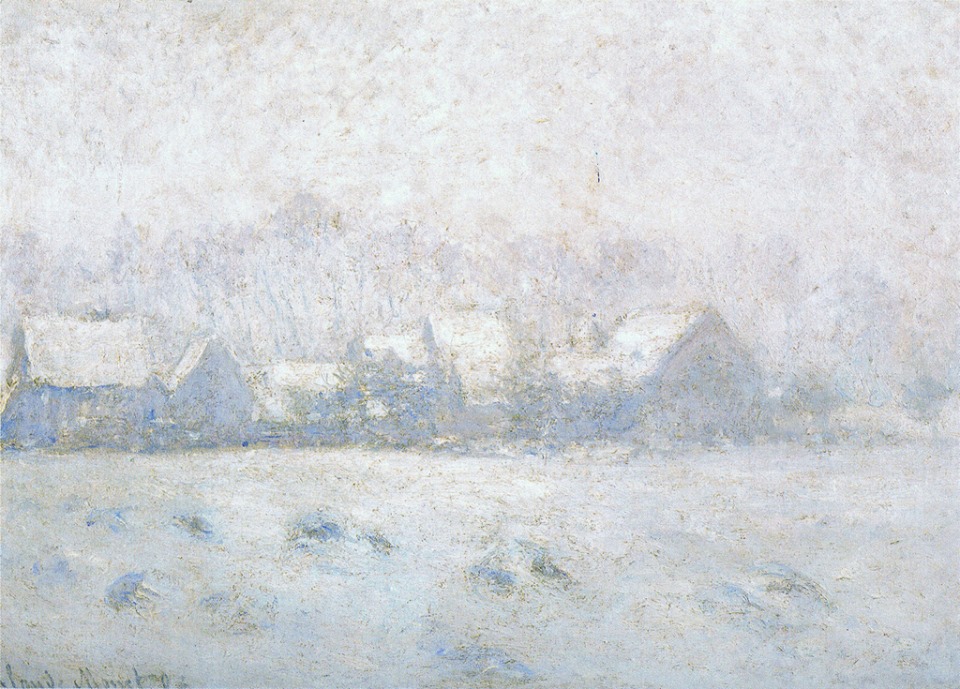 But Malevich’s “White Square on White field” (1918) is considered to be the first monochromes in Art History. He wanted to express the absoluteness of painting: by freeing the mind of material considerations, he pushed us towards a dynamic and infinite space! 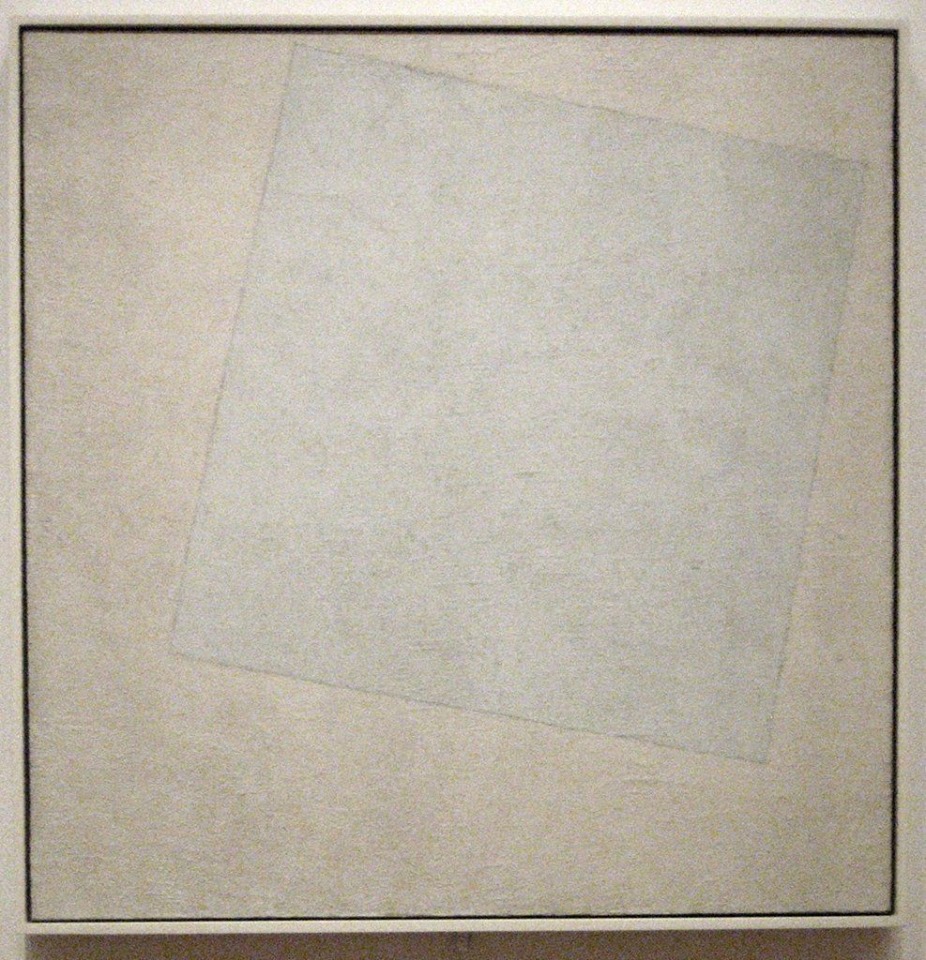 Yves Klein invented the International Klein Blue and obtained a patent protected by the Intellectual Property Law for it. He basically owned the colour! (Well… not exactly: he owns the technique for this colour, and you cannot obtain the colour without the technique smile emoticon ) His goal was both commercial and conceptual… 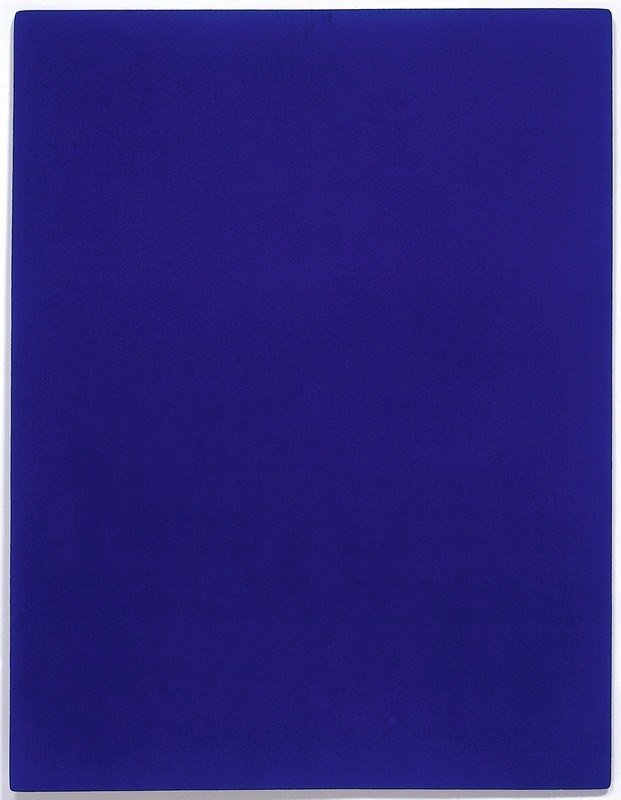 Lucio Fontana became famous by cutting and perforating monochrome canvas. By doing so, he questioned the flat nature of the canvas and transformed painting into sculpture by a single and simple act. 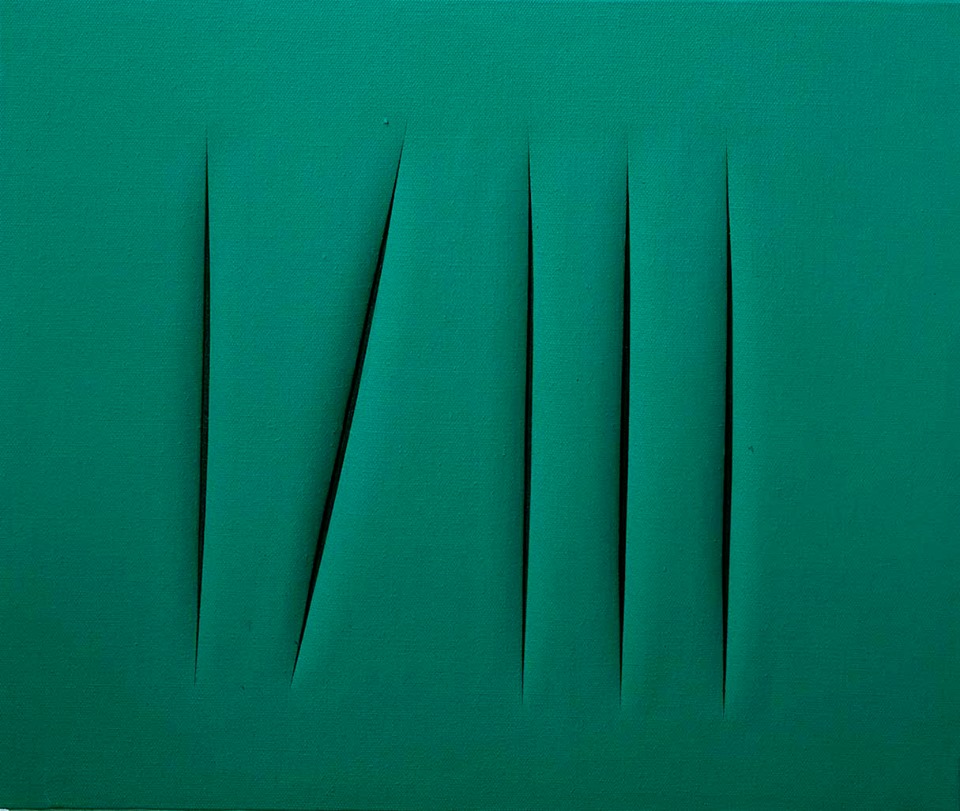 Pierre Soulages could have been the director of “Fifty shades of black”!

Gerhard Richter is the king for… producing large grey canvas/surfaces and selling them for millions of pounds in the Marian Goodman gallery and elsewhere. Honestly, this I cannot explain… Maybe he’s just melancholic…

In short, impressionist and modern artists revisited the requisite of ‘form’ and ‘space’; abstract painters like Kandinsky sapped the notion of ‘subject’; Duchamp reinvented the ‘authenticity’ requirement; and monochromes hallowed and killed (at the same time!) ‘colour’… No wonder why the 1st half of the 20th century laid the foundation for an art out of control (and sometimes out of our understanding)! 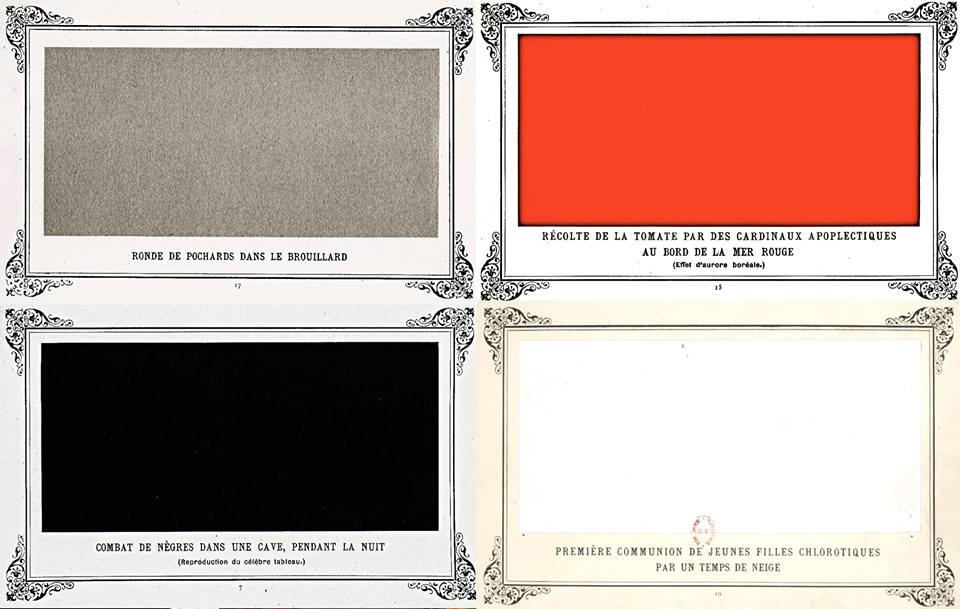