Home > Get inspired > 5 Famous Oil Paintings You Should Know 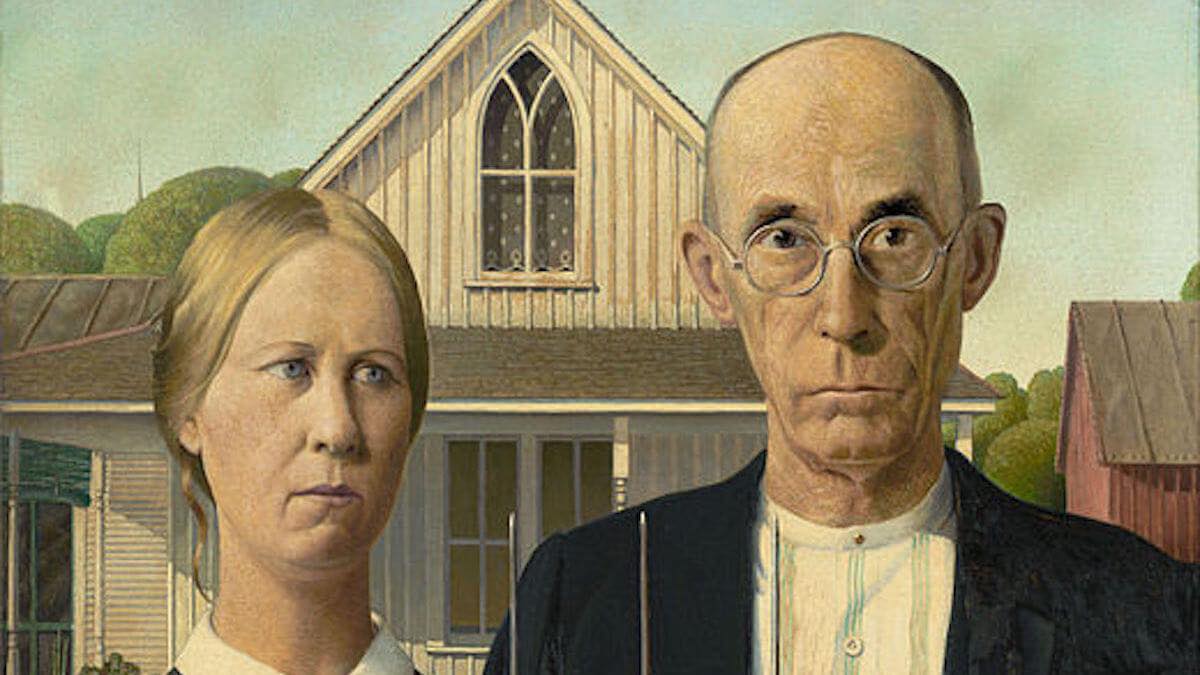 5 Famous Oil Paintings You Should Know

Oil painting has existed as an art form since at least the 7th century CE, when oil extracted from plants was used to decorate caves in Bamiyan, Afghanistan. However, it wasn’t until the 15th century that easel painting using oil paints was born as an art form in Europe. Since then, oil painting has been a popular medium for artists of all styles. Today, join Artsper as we explore five of the most famous oil paintings in art history!

1. The Garden of Earthly Delights by Hieronymous Bosch

From left to right of Hieronymous Bosch’s The Garden of Earthly Delights, the serene landscape quickly descends into chaos and destruction. There is a lot to process in this work, crammed with naked figures in erotic poses and disturbingly oversized animals. The confusion invoked by the painting is exactly why it is hard to attach a singular or definite meaning to it. However, what is clear is the depiction of fears that permeated society in the Middle Ages – of man’s weakness in the face of sin, and the inevitable damnation in Hell that would follow. The triptych passes from the idyllic garden of Eden on the left, to the Garden of Earthly Delights (a false Paradise that encourages sin) in the middle, and finally to Hell on the right, each panel depicting humanity’s descent into the harsh consequences of its sins. When you look at it, what do you see?

2. The Horse Fair by Rosa Bonheur

Rosa Bonheur is one of art history’s most intriguing characters. Living and working as an artist in France, she became immensely popular during her career. She often wore men’s clothing in public, which was illegal in France at the time. The French authorities granted her a permit to do so, however, on the grounds of practicality for her work. She was also openly lesbian, and lived with her partner for over 40 years until her partner’s death.

Bonheur had a deep love for animals that shows through in her depiction of them as monumental and elegant beings. She deeply studied their anatomy and movements throughout her life. The Horse Fair is one of her most famous oil paintings, depicting horses at a market in Paris. Unlike many artists of her time, she did not represent animals as accessories or status symbols to humans. Rather, she emphasized their independent power and beauty.

Georgia O’Keeffe’s abstract flower paintings were revolutionary in American modernist art. Instead of producing abstract works that were completely detached from the visible world like many of her contemporaries, O’Keeffe found abstract forms within the natural world. Enlarging these details on a huge scale, her flowers become imposing forms that take on a life of their own.

Grant Wood’s American Gothic has been frequently parodied in pop culture, including TV shows like The Simpsons and Desperate Housewives. It depicts a rural Midwestern American farmer holding a pitchfork, standing next to his daughter. But why does this painting hold so much significance in American history?

The painting’s title is a play on the architectural style of the house in the background, called Carpenter Gothic. This American style applies elements of Gothic architecture to small domestic buildings. Wood found the contrast of the Gothic window and the cheap frame of the house to be “a form of borrowed pretentiousness, a structural absurdity,” and so made it a focal point of the work. In the foreground, he painted the kind of people he imagined to live there. The painting was initially interpreted by critics as a satirical depiction of rural American life, a portrayal of the Midwesterners’ isolation from the modern world. However, the work became a symbol of hope during the Great Depression of the 1930s. During this time, it was seen to represent the staunchness of the American pioneers.

5. Self Portrait with Cropped Hair by Frida Kahlo

Self Portrait with Cropped Hair is one of Frida Kahlo’s most famous oil paintings. In it she is depicted after her divorce from Diego Rivera, wearing a men’s suit and with freshly cut hair. The lyrics written at the top of the image translate as: “Look, if I loved you it was because of your hair. Now that you are without hair, I don’t love you anymore.” While some see the work as an expression of mourning following the divorce, others see it a representation of her independence.

Oil painting is far from being a monolithic art form. For centuries, artists have exploited its versatility and ability to replicate rich colors and textures in order to tell stories about their experience of the world. These five works are only the tip of the iceberg when it comes to the world of oil painting – which is your personal favorite? 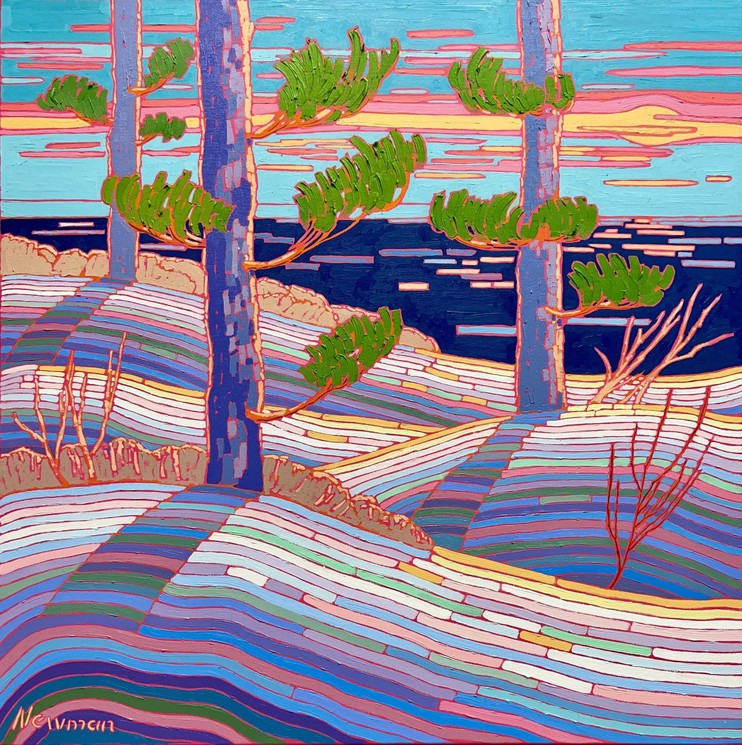 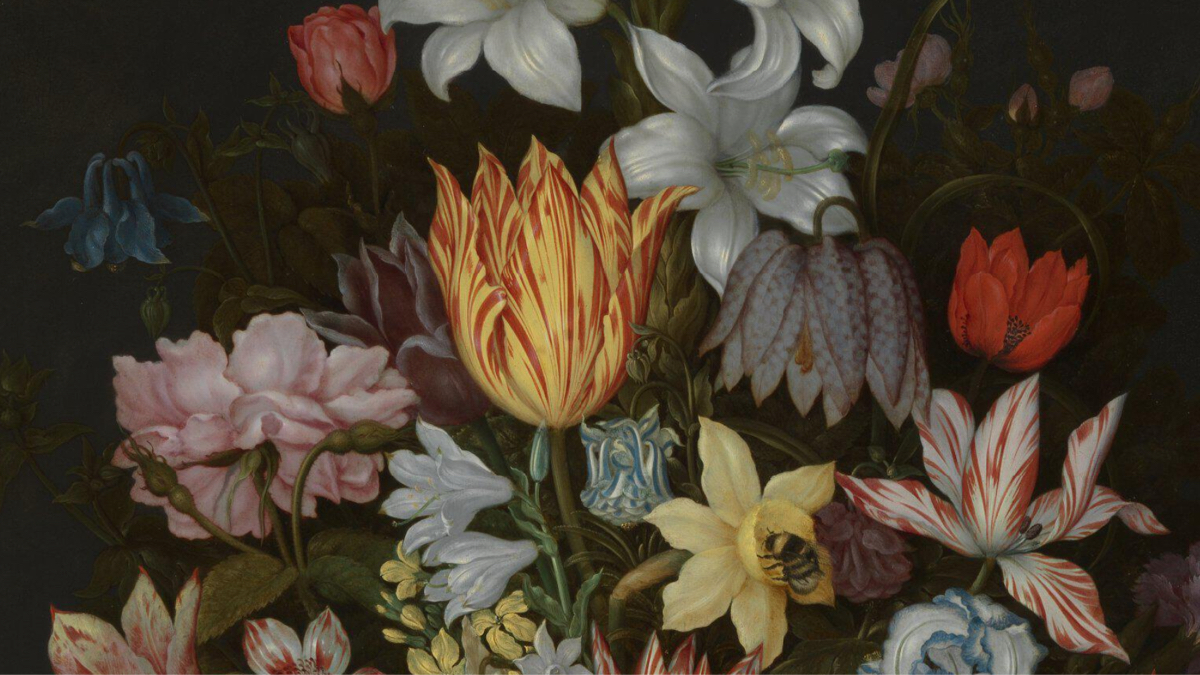 30 May 2022
The 8 Most Famous Flower Artworks
From the Golden age to modern day floral sculpture, here we have selected the 8 of the most famous flower artworks we think you should know.