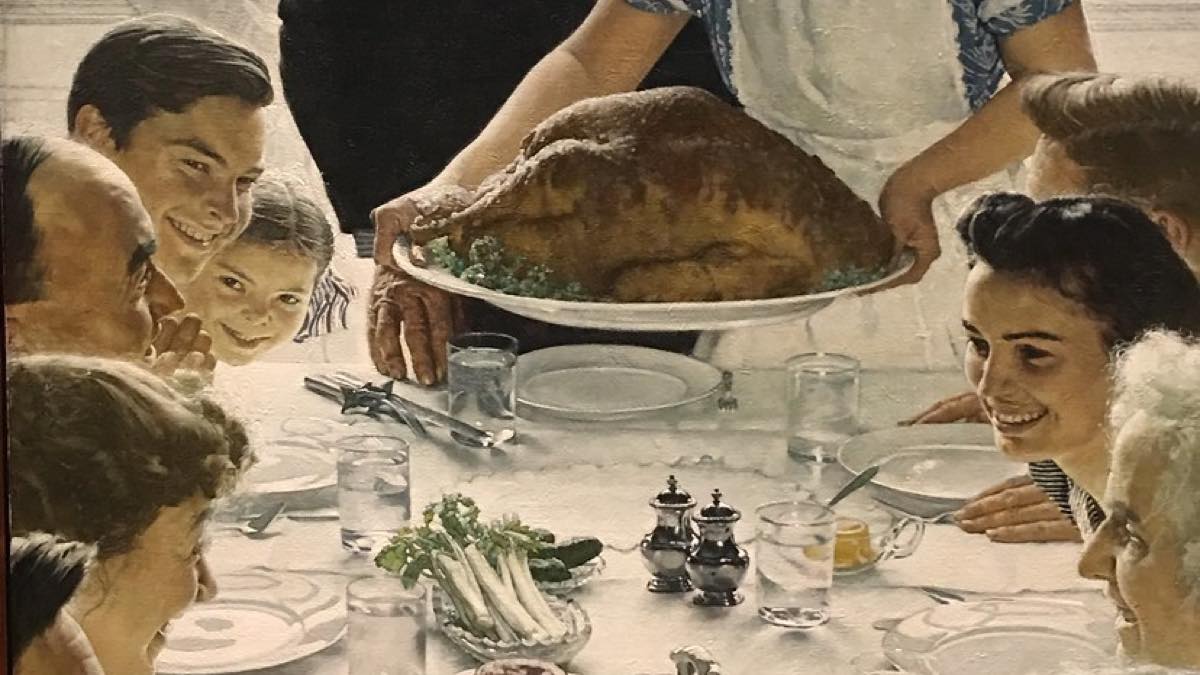 Over his lifetime, the acclaimed artist Norman Rockwell produced over 4,000 original artworks. Amongst some of his most famous works is his 1943 Four Freedom series, including the well-known Freedom from Want. Also known as The Thanksgiving Picture, the work has come to symbolize an idealized, “all-American” representation of the national celebration. An iconic painting that resonates with each generation, Artsper presents 3 fun facts about Norman Rockwell’s Thanksgiving painting!

The subjects in the painting were either friends or family of Rockwell in Arlington, Virginia. The majority were photographed individually and then painted into the scene. You can see Rockwell’s wife, Mary, his mother, Nancy Hill Rockwell, and the family cook, Mrs. Thaddeus Wheaton, who is serving a traditional Thanksgiving turkey. Learn more about the artist’s professional and personal life in our article!

2. A source of wartime motivation

The series of paintings, The Four Freedoms, was inspired by Franklin D. Roosevelt’s address to congress in January 1941. During this speech he articulated his goal of achieving “four freedoms” for citizens worldwide, these being freedom of speech, freedom of worship, freedom from want and freedom from fear. However this in no way meant he worked with the government. In fact, Rockwell initially sought commission from the Office of War Information, but was rejected.

3. A much parodied piece of art

Norman Rockwell’s Thanksgiving painting is undeniably iconic in American art history. However, this can extend given its prolific parodying from across a spectrum of popular culture. Ranging from the cartoons like The Simpsons, a Disney recreation with Mickey and Minnie Mouse, to contemporary sitcoms like Modern Family, these parodies have solidified the original as a quintessential depiction of an idyllic American Thanksgiving.

Bring fun facts about the Norman Rockwell’s Thanksgiving painting of this fundamental American holiday to your own gathering. Artsper wishes all those celebrating a happy Turkey Day! Discover more all-American artists like Slim Aarons on Artsper. 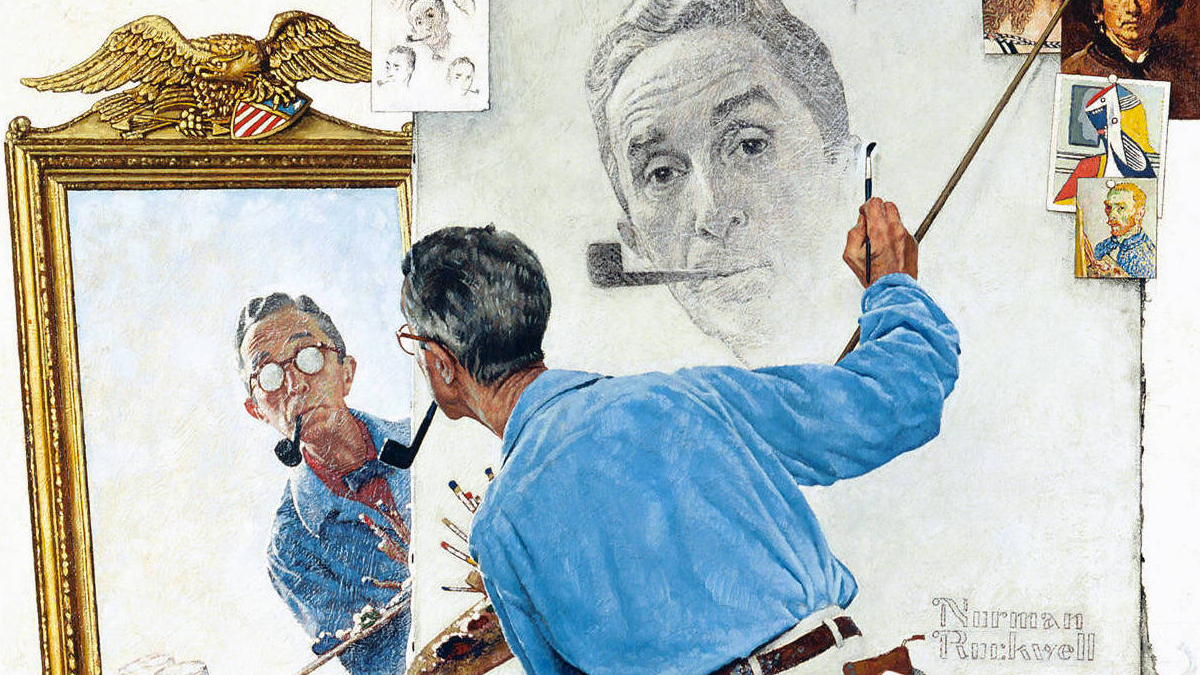 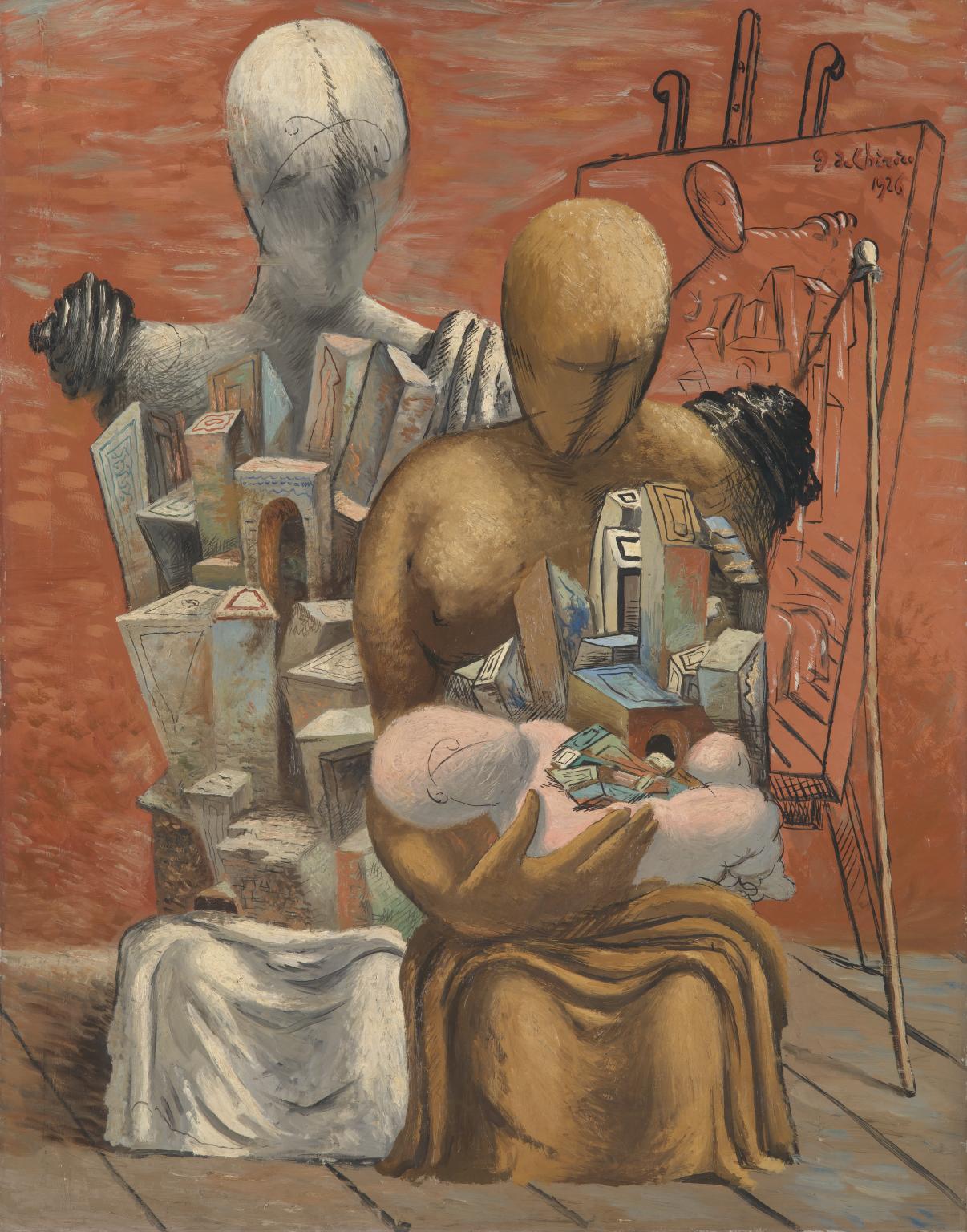 06 Jun 2022
Depictions of Fatherhood in Art
From the Renaissance to contemporary art, for Father's Day, Artsper invites you to discover the best father-inspired paintings through the ages!