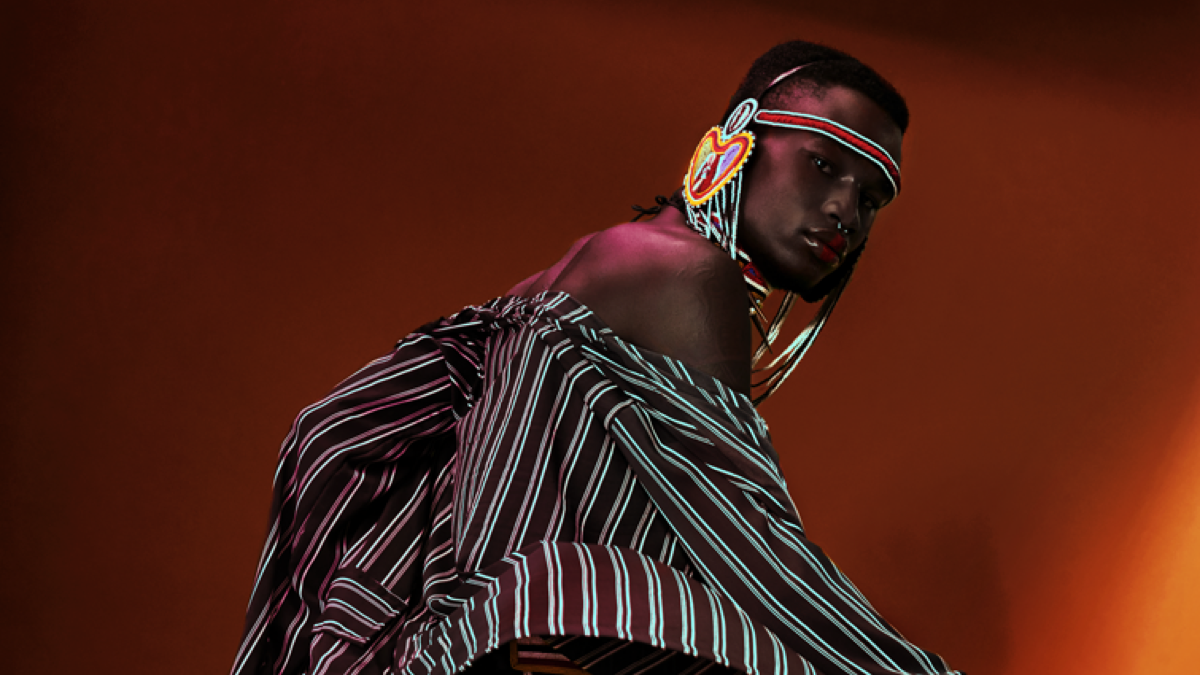 United by their continental pride, these socially-engaged artists share a common goal: placing African identities at the forefront. Oftentimes a mouthpiece for the voiceless, some artists use their position of power and influence to speak out against injustice. Others stray from this political approach, opting instead to celebrate the glory of African civilization. As a result, art can perpetuate traditions, revive ancient generations, bear witness to a changing youth or even reflect on contemporary society. Artsper invites you to discover 10 of these artists who celebrate Africa, each in their own way…

There is no limit to Barthélémy Toguo’s artistic practice. He approaches drawing with the same ease as sculpture, installation art or performance. The socially-engaged artist imbues his examples of African Art with a significant political dimension. “The artist must show, challenge, but without becoming a lesson-giver. I have always known that my art should have a strong social dimension. My art is turned towards the people,” shares Toguo. This message is present across his art, whether it be his large-scale installations or his subtle watercolors that evoke both hope and redemption.

The artist explores the tumultuous relationship between Europe and Africa through his artwork. He looks at themes like racism, rejection and incomprehension, drawing inspiration from his own lived experiences. Toguo is especially dedicated to refugees, endangered populations and others who’ve been left behind.

Vaincre le virus!, or Conquer the virus!, focuses on the epidemics that raged across Africa in 2014, particularly AIDS and the Ebola virus. In collaboration with l’Institut Pasteur, Toguo painted a series of vases, ornating them with symbols inspired by the various viruses and the microscopic appearance of the cells affected by them.

Ouedraogo has always been interested in people, especially those who are marginalized or cast aside by society. Since 2008, the African artist has travelled the continent in pursuit of photojournalism. The series The Hell of Copper bears witness to the working conditions in one of Ghana’s biggest electronic waste landfills. The workers are the invisible victims of ruthless globalization, exposed on a daily basis to harmful doses of lead, mercury and phthalates. Like in the photograph above, he has captured many of the workers he’s encountered on film.

Ouedraogo’s photography draws attention to the harmful health effects of these conditions and raises awareness surrounding the population that’s forced to endure the consequences. His projects target the tense relationship between North and South, in which Africa is always somehow perceived as a land to exploit, unworthy of further consideration.

3. Malick Sidibé: The Eye of Bamako

Born in a small village in Mali, Malick Sidibé quickly imposes himself within the booming cultural and social scenes of Bamako post-independence. In 1957, he bears witness to the transformation of an entire generation, as young Africans wrestle with the influences from the West and the emergence of their own, unique culture. Several of his photography projects are centered around this younger generation and their approach to leisure: nights of dancing, bar scenes and clubs that feature rock’n’roll or soul music… His documentary-style photographs have even earned him the name of “the Eye of Bamako.” Through his lens, Sidibé captures an entire generation of Africans, redefining what African Art can mean by his use of honest, spontaneous subjects, full of life.

The entirety of Frédéric Bruly Bouabré’s work is brought into being through divine revelation. On March 11th, 1948, the artist was struck with a vision that inspired him to create a specific African syllabary in order to express it. He names this alphabet “Bété,” which for him carries the potential to save the Bété population and its culture from obsolescence. He begins to re-transcribe the tales, poems and other textual accounts of Bété culture throughout his work. Evocative of tarot cards, his art explores a variety of themes, such as spirituality, symbolism, the human spirit and the world from which it emerges from. Working essentially from cardboard, Bouabré chooses to mix the visual with the textual, encouraging the viewer to consider humanity as a whole and not as an individual pursuit.

For several years, the Ouattara Twins (Jumeaux Ouattara), namely Assane and Oussen, have dedicated themselves to promoting and preserving Burkina Faso’s culture. Their interpretation of African Art remains traditional, inspired from the masks and objects that they then transform into their own. The mask, for example, serves a historical purpose, functioning as a window between the spirit world and reality. They believe that it must be preserved at all costs, in order to be appreciated by future generations. “Masks are like documents which contain our people’s past and present,” the artists explain. Through original and thought-provoking works, the artists nevertheless work to conserve the memory and existence of African Art traditions.

Derrick Ofosu Boateng, No Title, 2020 et Hide myself from negativity, 2019, available on Artsper

“In my eyes, it’s important to represent Africa through a positive prism across my works, since this can significantly contribute to changing the continent’s perception.” And it’s with brilliance that Derrick Ofosu Boateng achieves this goal. His photographs are brought to life by their vibrant colors and “feel good” energy. The energy of his subjects reverberates, filling his images with life. Boateng’s approach to portraiture is focused on contemporary life in Ghana, with the objective of shifting the negative perception many still carry towards Africa and its countries. His photography takes simple, almost minimalistic scenes that take on a new dimension through his use of color, used to highlight the environment’s natural beauty.

The artist Hicham Benohoud takes a unique approach to photography, focusing on set design and staging. Captivated by issues of identity, he chooses to photograph his subjects in striking settings. Through his singular way of seeing the world, we get to discover ironic and sometimes strange portrayals of Moroccan society, that question its paradoxes and absurdities. Hicham Benohoud does not consider himself to be a “socially-engaged” artist, despite the fact that he often treats both political and societal issues across his works. His artistic approach is simply meant to lend a critical eye to Moroccan society, and the elements he deems “hypocritical”.

In his series The Hole, the artist sets out to show the other Marrakech, the one that’s been abandoned and occupied by the city’s poorest.

South African artist Zandile Ntobela is one of the founders of the Ubuhle collective, which gets its name from the Xhosa language’s word for “beauty.” This artist collective, comprised of four women, sets out to create “ndwango,” or colorful artworks made from threaded glass beads. This practice was used as a source of additional income for women during Apartheid. This art collective represents a drastic change for African women, simultaneously elevating their art and providing economic independence. As such, these works stand as a marker of their newfound freedom and self-worth.

Through her works, Zandile Ntobela honors African Art traditions, while also catapulting them towards what Contemporary Art means today. The artist represents both her personal and cultural memory through these works, which stand as poetic reflections of daily life or from her imagination.

9. Baudouin Mouanda: A Witness of His Time

The artist Baudouin Mouanda began his career in 1993, photographing life in the Congolese capital, Brazzaville. Soon after, he strayed away from classical photography to focus on his country’s history and the repercussions of the Congo wars. In 2005, five years after the country’s civil war, he produced his first black and white project, entitled Les séquelles de la guerre or The Aftermath of the War. With this body of work, he immortalizes the violence, the fear and the misery present across Brazzaville. He finds in each neighborhood, at every building or street corner the reminenent traces of 1997 and the violences it brought.

Meanwhile, Baudouin Mouanda doesn’t exclusively photograph reality. He’s more interested in his own society’s present state and evolution. Later, he’ll go on to photograph Brazzaville’s best-dressed “sapeurs”. The slang term refers to Sape or Society of Ambiance-Makers and Elegant People. Piece by piece, Baudouin Mouanda delivers a rare and unique testimony of his era and the people who marked it.

The artist Ayanda Mabulu uses satirical images to target the inequalities that prevail in South African society. His central themes revolve around power, culture and identity. Works like Black Man’s Cry juxtapose powerful authority figures with the very victims of oppression, poverty and racism. Mabulu knows his enemy, whether it be politicians or corrupt figures, and isn’t afraid to call them out. “What I’m doing is saying, remember, memory is a weapon. May the atrocities of the past not be repeated,” the artist affirms.

Even though his work is regarded as being political by others, Mabulu doesn’t consider his work in this way himself. There’s no doubt that his art challenges, questions and expresses a very personal viewpoint. This may be why he’s been involved in polemical situations in the past.

Each Artist Has Their Own Viewpoint

Each of these African artists has a story to tell, and a way of doing so. Through various mediums, whether it be photography for Nyaba Léon Ouedraogo, denouncing the current exploitation in Ghana, or painting for Ayanda Mabulu, who uses satire to shock. There’s also the embroidery of Zandile Ntobela, celebrating traditions of African Art, or Barthélémy Toguo’s thought-provoking installations. Their works each represent unique visions of the world and of the African continent, and employ incredibly unique and aesthetic methods to do so. 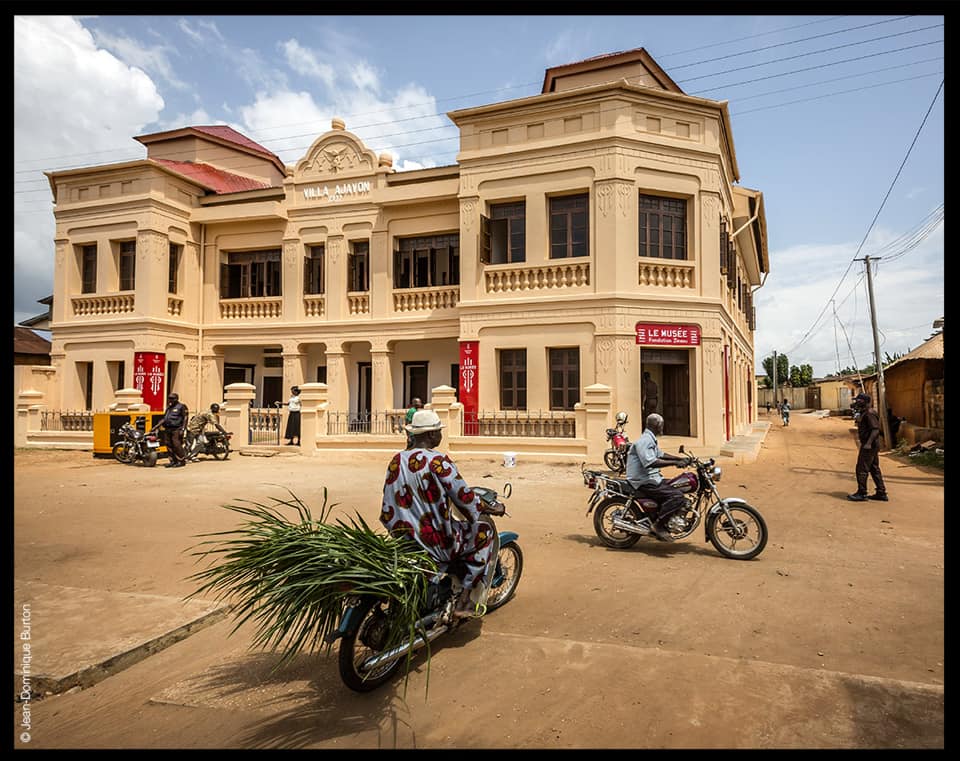 08 Mar 2021
A Brief History of Contemporary African Art
Let Artsper introduce you to the beginnings of the African contemporary art, its journey into the mainstream and a little of what the scene looks like today. 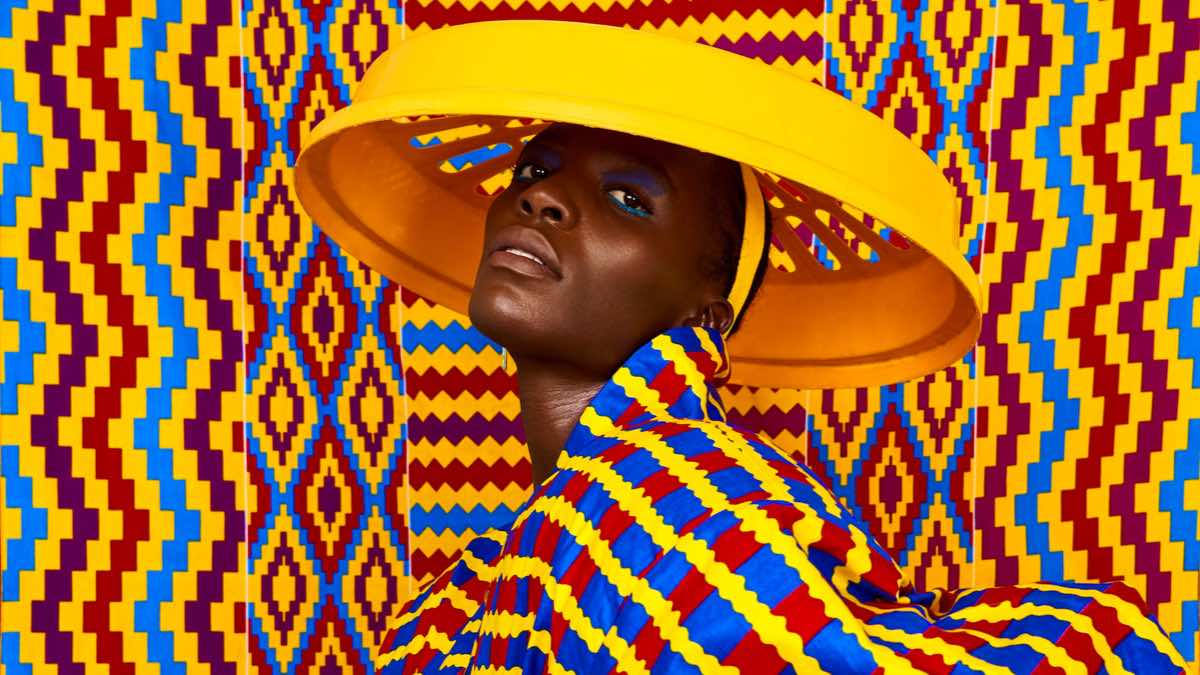 05 Mar 2021
10 African Artists You Should Absolutely Know
Let Artsper take you on a virtual journey through this incredible continent to discover 10 African artists you absolutely must know.