After being rejected at the 1863 Salon, when this work was exhibited at the event in 1865, it scandalized the public! At the time, the female nude was usually confined to scenes where nymphs or other mythological creatures were surprised undressed. However, Manet represents a woman who is in total command of her nudity. Her gaze turned towards the viewer is proof of this! Moreover, other elements of the painting suggest that Olympia is a courtesan: her lascivious position, the bouquet suspected to be gift from suitor, the black cat with its tail raised. If the work shocked, it is also by the position it held among in the scenography of the salon, alongside religious works…

This female nude created in 1866 by Gustave Courbet was only first exhibited in 1991! In the meantime, it has travelled between collectors of erotic paintings, and was hosted in the apartment of the Turkish diplomat Khalil-Bey as well as that of the psychoanalyst Jacques Lacan. This painting, which closely reveals a women’s genitalia and in which we barely see the rest of the body of the model (neither the head nor the legs), is a nude that continues to provoke scandal in the art world today. For example in 2015, Facebook censored the image. Today, you can admire this work without censorship at the Musée d’Orsay.

The second most expensive painting ever sold at auction, this is a major work by the Italian artist Amedeo Modigliani. Painted in 1917-18, the nude caused great scandal in the art world when the Parisian gallery Berthe Weill decided to exhibit it. The day after the opening, this painting and others were removed by the police for indecent exposure. The reason for this censorship was the presence of pubic hair … A century later, this painting still causes controversy. While announcing the record sale at $170.4 million, some media outlets, including Bloomberg and Financial Times, censored it!

American Pop Art artist Tom Wesselmann painted the body as object. His highly stylized Great American Nude series of female nudes combines images from American popular culture with bold, primary colors. What is shocking about his work is the way he cuts up bodies and thus gives them the same importance as a pack of Marlboros or a bottle of Coca-Cola. He didn’t like to be considered a pop artist because his goal was not to criticize the consumer society but to explore form and color to create a visual impact. And it is rather successful!

We can’t talk about the nude causing scandal in art without talking about Robert Mapplethorpe. This iconic American photographer, known for his photos of flowers and male nudes, shocked the morals of post-war American society with his raw and erotic works. It is his photos of the American sado-masochistic milieu that shocked the most and thus propelled his career. This photo in question will earn him a remarkable castigation. When conservative senators and congressmen realized that it was part of a retrospective devoted to the artist in Philadelphia, they launched a campaign to prevent other state-sponsored museums from hosting the exhibition.

Deborah de Robertis is a Luxembourg artist who uses performance to reinterpret major works of art history… often dealing with the nude! Her two best-known performances involve two of our works. In 2014, she posed nude, legs spread, in a gold sequined dress, in front of Courbet’s The Origin of the World. Very quickly, guards evacuated her from the museum. This did not prevent the hired woman from returning to the Musée d’Orsay two years later to pose nude in front of none other than Manet’s Olympia. This time, she was arrested by the police and remained in custody for 48 hours. 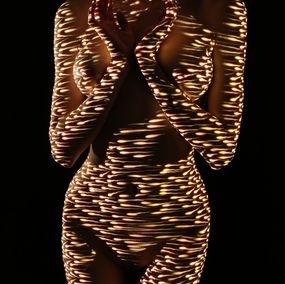 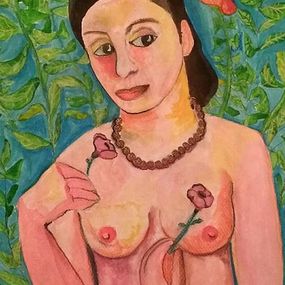 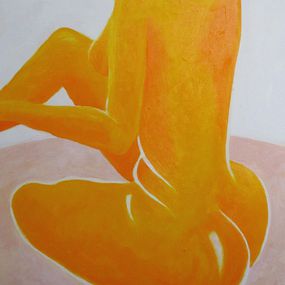 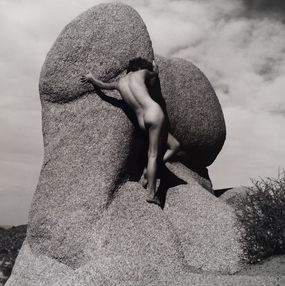