Home > A closer look > The Art of the Frightening

The Art of the Frightening

For centuries, artists of diverse styles and movements have produced works that scare. The concept of the frightening has changed and evolved alongside societal and cultural shifts throughout history, reflected in the art of each historical period. While fears surrounding religion and Hell dominated society during the Middle Ages and the Reformation, these gradually lost prominence to a multitude of other fears, ranging from societal to psychological. Join us today as we explore various ways in which artists have depicted fear throughout art history, from scary paintings to haunting sculpture!

Religious fear in the Renaissance

The Dutch Northern Renaissance artist Hieronymus Bosch has puzzled historians for decades. The true meaning of his work may never be fully understood. One aspect that is certain, however, is that the nightmarish scenes depicted in his works reflect the religious fears that pervaded society at the time. The 16th century was a period of widespread religious protest and reform in Europe, sparking the separation of the Church into Protestantism and Catholicism. Like many during this period, Bosch was deeply concerned about the end of the world and humanity’s eternal punishment for its sins.

This work is one of the most scary paintings of Bosch’s career. It was inspired by a tale called Les Visions du chevalier Tondal (The Visions of Tondal), in which a young knight is guided through Heaven, Hell and purgatory by a guardian angel. When he returns to earth after witnessing the horrors of Hell and purgatory, he vows to live a virtuous life. Tondal and the guardian angel are depicted in the bottom left corner of the image.

Bosch’s artistic visions formed the basis of how Hell has been imagined throughout history. In his typical style, Tondal’s Vision features a chaotic mix of naked figures and strange objects and animals. Dispersed throughout the fantastical setting, souls are punished in various ways for the sins they have committed on Earth. These punishments, which recall aspects of the artist’s famous triptych The Garden of Earthly Delights, are shown to a sleeping Tondal by a guardian angel in what appears to be a dream.

The 1800s: Romanticism and the human condition

A lot had changed in Europe by the 1800s. The 16th and 17th century intellectual and philosophical movement of the Enlightenment had posed yet another threat to the Church. It did not just challenge specific doctrines but the religion as a whole, privileging human reason over religious revelation.

Two artistic movements dominated European art at the turn of the 19th century. On one side, the Neoclassical movement emphasized rationality and the perfection of the human form, influenced by the art of Antiquity and Enlightenment philosophies. Romantic artists, on the other hand, rejected this idealized style. Instead, they sought to represent subjective human experience, such as feelings, emotion and imagination.

The scary paintings of Francisco Goya

Francisco Goya’s Saturn Devouring His Son is one example of this artistic shift. This work depicts Saturn, the father of Zeus in Roman mythology, eating his son. According to mythology, Saturn ate each of his children in fear that one of them would overthrow him.

This work is one of Goya’s Black Paintings, a series of works that he produced between 1819 and 1823. By this time, the artist had experienced his fair share of pain and hardship. He had witnessed the horrors of the Napoleonic Wars first hand, and had survived two almost-fatal illnesses. As a result, he became bitter towards humanity and suffered from mental trauma. He moved into a house outside of Madrid called “Deaf Man’s Villa” in 1819, where he produced his Black Paintings. These works were never intended to leave his home or be seen by the public. He worked privately, painting them directly onto the inside walls of his house. The works were then retrieved and attached to canvases by a later owner of the house.

Goya’s Black Paintings are considered to be a result of the artist’s psychological and physical decline during this period. In particular, they reflect his fear of illness and insanity, as well as his pessimistic view of mankind. Their dark colors, themes and subject matter make them some of his most scary paintings.

French artist Camille Claudel also explored the subjective human experience in her work, this time in the form of sculpture. Having arrived in Paris aged 17, she was denied entry to the École des Beaux Arts which was male-only at the time. Nonetheless, she went on to become an accomplished artist.

Claudel was a student of Auguste Rodin, and soon became his model and romantic partner. She suffered greatly during her career, both financially and psychologically. Due to the sexual element of her work and her daring representation of the human form, she was denied funding as an artist. As a result, she was forced to depend financially on Rodin. After the death of her father, Claudel was also rejected by the her family who did not agree with her lifestyle. She was admitted to a psychiatric hospital by her brother when she was 48.

Claudel felt betrayed by her family and Rodin. She stopped making art after being institutionalized due to the fear that Rodin would steal her ideas. Clotho is a sculpture that she produced while still working with Rodin, inspired by the figure Clotho from Greco-Roman mythology. It represents the process of aging through a thin and distorted old woman’s body. At the time, this work was seen as shocking as it was far from the French academic beauty standards. Clotho’s thin, withered body expresses not only her transition into old age, but also the pain and suffering that she is experiencing.

The Surrealists are known for their subversive and sometimes even scary paintings. This work by Spanish artist Remedios Varo plays with the frightening, the subconscious mind and supernatural imagery, depicting a cloaked woman leaving a psychoanalyst’s office. She holds a basket full of what Varo called “psychological waste,” and a shrunken man’s head in her other hand. She dangles the head over a liquid-filled well.

As suggested by art historian Jacquelyn Yvonne White, this painting might symbolize Varo’s relationship with her own father, the patriarchal head of her family. The head she is holding may represent the impact of this relationship on her psychological state. Following her visit to the psychoanalyst, she is able to remove this burden from her basket of worries. This image is especially powerful when considered within the context of 20th century Spain. At this time, families were traditionally patriarchal and the father largely controlled the lives of his wife and daughters. Varo’s painting of a woman discarding the head of her father represents her liberation from the patriarchal structures that she was born into.

Around the same time as Varo was producing her surrealist works, Pop Art was popular in the UK and US. Usually associated with bright colors and images appropriated from pop culture, this work by Andy Warhol represents a darker side to the movement. Stripped from any color or life, an electric chair is depicted in an execution room. Warhol produced numerous works using this image starting in 1963, the year of the two last executions in America. These works comment on the controversial use of the electric chair in the US in the 1960s, painting a stark yet poignant image of death at the hands of the state.

Fear comes in many forms…

Fear is an integral part of the human experience. Whether for the collapse of humanity, for insanity, or for death itself, artists have depicted their fears and concerns through art for centuries. As well as representing fears that they hold as individuals, many of these artists also aim to induce sensations of fear in their audience. The scope of the scary in art is never-ending, these examples making up only a small fraction of it. From Bosch’s scary paintings of Hell, to Goya’s gruesome Black Paintings, to Claudel’s haunting sculpture, which work did you find the most frightening? 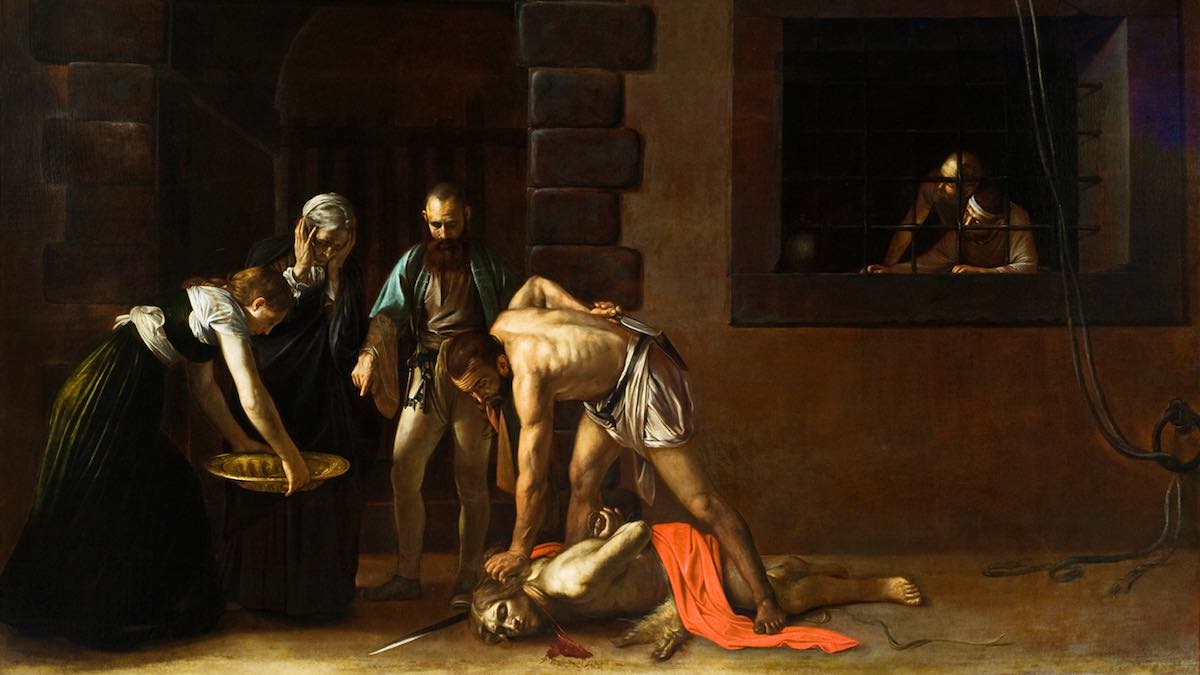