Much like the landscape of our world has entirely transformed, the nature of landscape art has evolved dramatically over the centuries. From unacknowledged as a genre to becoming the key subject of some of the world’s most recognizable paintings, landscape painting is much more than just a pretty picture. Take a journey through time with Artsper and discover the key points in history of landscape art.

Long before landscape art became a genre of its own right in the West, landscape art in China was, however, highly well established. Originating from the 6th century, the most common art form for a landscape portrayal was shan shui, which still remains popular to this day. This form of landscape painting, rather than with traditional paint, is done using ink and a brush. Shan shui is considered to be inspired by the philosophical tradition of Taoism. In short, this the idea that humans and animals must live in balance with the natural world; in other words, yin and yang. This is frequently depicted through the contrast of huge, solid mountains, which have been long considered sacred in Chinese culture, with soft, flowing water such as rivers or waterfalls.

According to Ch’eng Hsi, “Shan shui painting is not an open window for the viewer’s eye, it is an object for the viewer’s mind”. Additionally, aspects of the landscape painting such as color or subject likeness are insignificant, however the spiritual requirements of a work to be considered shan shui are extensive. However, they are primarily based around 3 essential elements : the path, the threshold and the heart. Firstly, The shan shui paths can never be straight, are paths seen in nature such as rivers or that of the sun across the sky. Furthermore, this path must lead to a threshold, which welcomes you, for example a mountain. Finally, the heart, which is the focal point of the painting that the other elements must lead to.

In the West during the Renaissance, art was still centered around sharing stories of specifically biblical, mythological and historical themes. Consequently, few examples celebrating scenery alone in art can be found of this period. However, it is important to note that often these stories were told against a natural scenery background. Furthermore, mathematical advancements in painting technique made during the Renaissance era had a profound effect on landscape painting. It led to a deeper understanding of perspective and proportion, revolutionizing the way scenery was depicted.

In fact, landscape painting was only officially considered an independent genre in the 16th century. It joined historical painting, portrait painting, genre painting and still life. Despite this, it was still considered to be of low significance.

For example, although Joachim Patinier’s Landscape with Charon Crossing the Styx, an appreciation of nature fostered by the artist’s travels is displayed. However, the principal subject remains the classical mythical tradition of Charon and the Underworld.

The contrasting dimensions of Romantic landscape painting: Pastoral, Picturesque and the Sublime

Landscape painting eventually gained prominence in the late 18th century with the rise of Romanticism, and often continued to carry a religious significance. Additionally, it became a method of self-expression, with the emotions of the painter and their appreciation of nature demonstrated in the painting. Due to the inherently personal and self-reflective nature of Romantic art, it is difficult to distinctly characterize. However, there are considered to be three general categories of Romantic landscape art: the Picturesque, the Pastoral, and the Sublime. All three landscape painting styles reflect a response to the rapid urbanization in the Enlightenment era and the Industrial revolution.

Picturesque paintings showcase the beauty and wildness of natural scenery, unspoiled by human intervention and urbanisation. This type of landscape painting began when people started to appreciate scenic locations, fearing that in time they would disappear.

Pastoral paintings principally celebrate humanity’s taming of nature, that is to say our dominion over the natural world. In John Constable’s Flatford Mill, this is perfectly exemplified using the river, wooden tools and horse. Furthermore, a contented, peaceful atmosphere is created by the artist’s soft use of color.

In contrast, the Sublime seeks to display the incredible, divine power of nature for a very different purpose. Sublime Romantic landscape art focuses primarily on terrifying with the sheer power of the natural world. It heeds warning against those wishing to go against it, such as Industrialists, with the implication that within nature is the wrath of God. An Avalanche in the Alps by Philip James De Loutherbourg perfectly demonstrates this through a contrast between the enormous, jagged cliff face and the tiny figures cowering from the lethal threat of the avalanche.

Impressionist landscape painting: out in the open

During late 19th century came the birth of early modern landscape painting, beginning with Impressionism. The invention of transportable oil paint tubes meant that artists were no longer confined to a studio. As a result scenery painting en plein air became popularized, allowing artists to paint at any moment of inspiration.

Impressionist landscape paintings don’t focus on capturing every detail of the landscape. Instead on capturing the energy, portraying key elements such as the light, colors and shadows. The inspiration comes not from the scene itself, but from the initial impression it leaves upon the artist. For example, one of the most famous Impressionist paintings, and in fact the painting from which the term Impression originates, is Claude Monet’s Impression soleil levant. While not explicitly detailed, the painting encapsulates flawlessly the energy of a sunrise, with the use of color to depict changes in light and mood.

The mid-twentieth century modern period saw a shift towards towards more concept and abstract art. Subsequently, landscape art only began to return as a result of the figurative art revival of the late 20th century. Gone were picturesque country scenes, and stood in their place was the modern “cityscape”. Cityscapes often depicted urbanisation as well as encapsulating the energy of a city.

For instance, in Richard Estes’ painting Sunday Afternoon in the Park, he depicts and the forefront sunbathers in Central Park in New York, with the city skyline in the background. The landscape painting, created from 17 different photographs, aims simply to produce a hyper realistic likeness to the scene. Almost indistinguishable from a photograph, the painting truly and with pure honesty captures the energy of the city.

In the contemporary scene, landscape art remains highly popular among artists, and has taken on a much more liberated definition. Artists can often be seen to draw inspiration from the various preceding movements. However, they also revel in the artistic freedom of originality, both producing incredible results.

For example, in his landscape painting Cueillir des fruits, artist Edivaldo Barbosa celebrates both nature and everyday life in his stunning, colorful work. Furthermore, his rich, bright use of color enhances the exotic abundance and bustling life of the landscape. Equally, his use of dispersed light through the trees brings a divine quality to the piece.

Meanwhile, photographer Dariusz Klimczak’s Big Fish takes landscape art in an entirely different direction. He draws inspiration from the Surreal landscape art of masters such as Dali and Magritte. Klimczak’s charming creation, based on the concept of a fish out of water, in effect simultaneously surprises, amuses and provokes thought.

Whether it be in the form of a Chinese shan shui or a modern hyperrealist cityscape, landscape art has remained a fascinating and prominent genre of the international world of art. As the portrayal of landscapes continues to change, Artsper can’t wait to see what it becomes in the future! 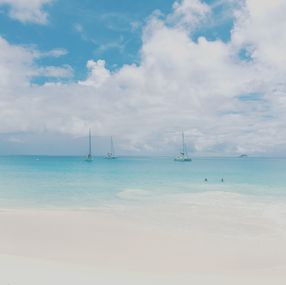 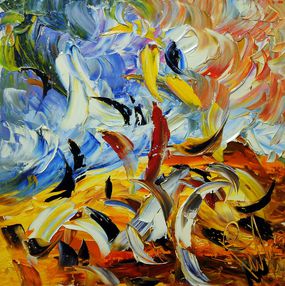 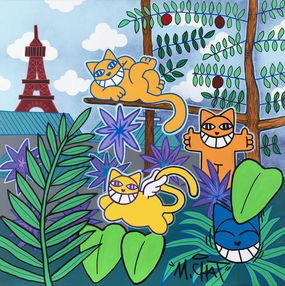 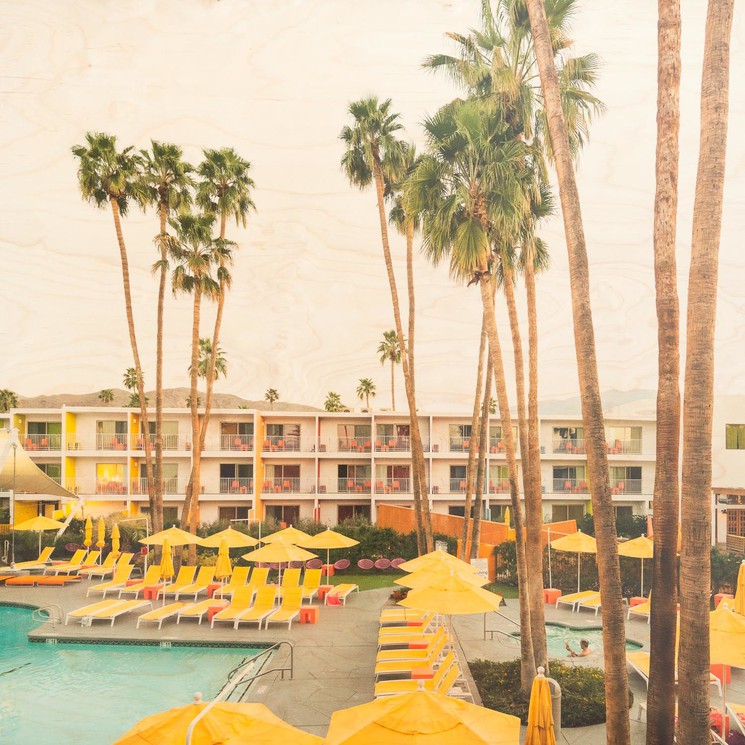