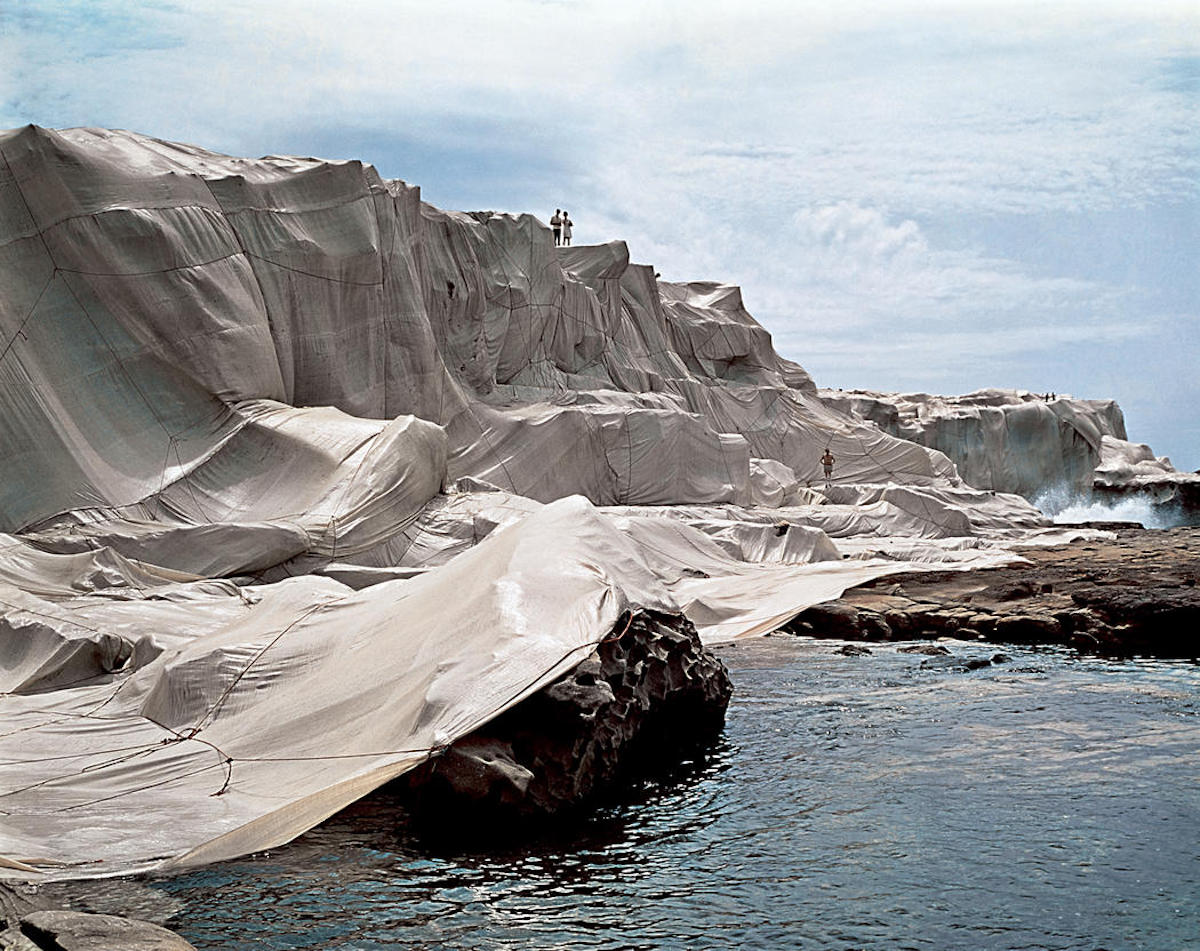 10 things to know about Christo and Jeanne-Claude

1. They were born on the same day

As if predestined to meet, Christo Vladimiroff Javacheff and Jeanne-Claude Denat de Guillebon were born on the same day, possibly at the same time. Indeed, on the 13 June 1935, the world welcomed two babies, several thousand miles apart, who would later become the star couple that we know and love today. He was born in Gabrovo in Bulgaria; she in Casablanca, Morocco.

2. A penniless start to a career

After fleeing Bulgaria, Christo arrived in Paris. He started his career without a penny to his name. In order to survive, he cleaned cars, did the washing up in restaurants, and painted. He eventually found a way to earn a lot of money, much more quickly, through making the most of his three years of studies at the Académie des Beaux-Arts de Sofia. He would paint oil portraits, which he signed with his surname Javacheff. In 1958 he was commissioned to paint Jeanne-Claude’s mother’s portrait, and thus he met his future wife and artistic partner.

3. Christo was the one who made sketches

Jeanne-Claude often said that there were only three things this unusual couple didn’t do together. Firstly, drawing: out of the two of them, Christo would traditionally be considered the ‘artist’ as he created the sketches which would later be used to make gigantic installations and outer wrappings. As for Jeanne-Claude, she acted as project manager. She organised, fundraised, negotiated, explained and persuaded. It was her job alone to manage their taxes. And finally, they never flew together.

One of our favourite things to know about Christo and Jeanne-Claude? No sponsors, no patrons. Since each of their artworks were a cry for freedom, they wouldn’t accept any financial aid. Instead, Christo and Jeanne-Claude strove to fund the entire conception, however expensive, of their installations. To do so, they utilised the proceeds from the sale of Christo’s preparatory studies. In 2004, an exhibition of sketches of The Gates at the Metropolitan Museum of Art (New York) attracted collectors from around the world.

Although they didn’t like them to be described as such, Christo and Jeanne-Claude’s works are ephemeral. Generally, they weren’t exhibited for longer than 14 days (16 for The Gates). They liked to compare their creations to rainbows: beautiful, yet elusive and volatile. No one could buy these works, no one could own them, commercialise or sell tickets to see them. And despite their transience, these pieces would take years of preparation: of authorisations, permits, plans, materials and the installation itself. For example, it took the two artists 25 years before they were able to wrap the Reichstag in Berlin (1995) and 10 years to wrap Paris’ Pont Neuf (1985).

‘Revelation through concealment’ was the couple’s artistic approach. Once covered, even the most familiar objects become something else. Ultimately, Christo and Jeanne-Claude’s Wrappings reveal the essence of the object. When they completely enveloped the Reichstag in fabric in 1995, it was impossible to see the building’s small sculptures, columns, arches, moulding and details. Only the sleek architectural form of the imposing monument remained – its very essence. Wrapping also changes our relationship to the concealed object and opens our eyes to what is right in front of us. It lets us take a fresh look at things. Christo and Jeanne-Claude often reiterated that their works’ sole purpose was to bring beauty and joy.

7. They ‘taught’ their audience about art

The success of Christo and Jeanne-Claude’s projects amongst the general public is also due to their educational aspect. Often artists find understanding their audience takes too much time, and to the detriment of their work. Conversely, the couple thought that public interaction constituted an integral part of their creativity and that the artistic experience also involved sharing knowledge. During their exhibition The Gates (2005), they hired and trained over a hundred people to reply to any questions passers-by might ask upon seeing the work. Furthermore, they often lectured at museums, universities and colleges across the world.

In 1983, eleven islands in Biscayne Bay, Miami, were surrounded by 603,870m² of floating pink fabric. For two weeks, the work could be admired from the sea, sky or land. However at no point did journalists mention that it was a woman’s idea. Indeed, it was Jeanne-Claude’s brainchild in 1980. They chose to omit this detail to hide it from the press since at the time they were trying to obtain a permit. Otherwise, they might not have been able to get one.

9. Two thirds of the Eiffel tower in Central Park

The installation The Gates in New York (2005) needed 5,000 tonnes of steel for its  construction; the equivalent of two thirds of the Eiffel tower. Such expense was justified by Christo and Jeanne-Claude’s determination to leave each site in its original state. They didn’t want to make any holes in the park and therefore designed frames with metal bases weighing 350kg each. It was a weight they were willing to pay for the complete conservation of the environment.

10. They were environmental artists

On no account did Christo and Jeanne-Claude consider their creations Land art or conceptual art. Instead, they described themselves as environmental architects. For one, since they were and are some of the cleanest artists in the world, removing the entirety of their work once its short exhibition period was over and restoring the site to its original state. What’s more, they recycled most of the materials used, like fabric, the principal medium of their immense installations. Fortunately, in the case of Surrounded Islands, the site wasn’t restored to its original state, since 40 tonnes of waste were removed from the islands prior to the project. 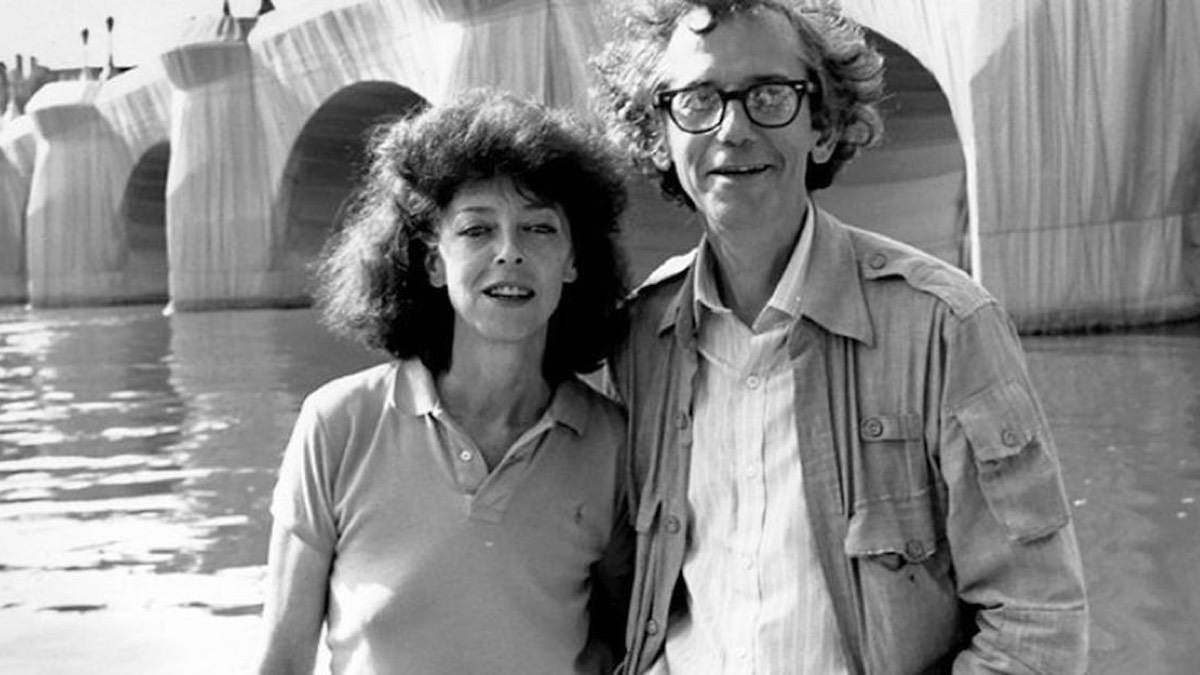 31 Jul 2013
Our favourites by... Christo & Jeanne Claude
Learn more about the couple famous for their land art: Christo and Jeanne-Claude. Let yourself get wrapped up by their art. Their work is often monumental and impressive. We never get tired of it! 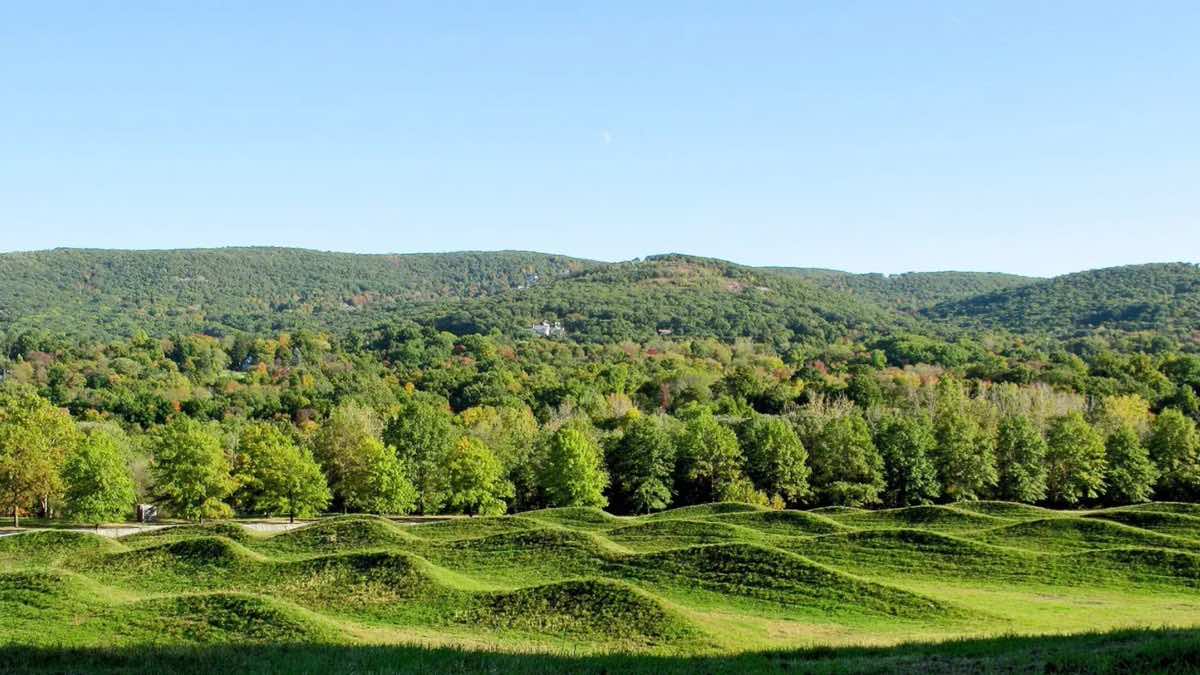 29 Mar 2013
Our Favorite Works of Land Art
Land Art is the name of an art movement which uses the environment as a canvas for art. Here are several amazing and surprising works that will blow your mind! 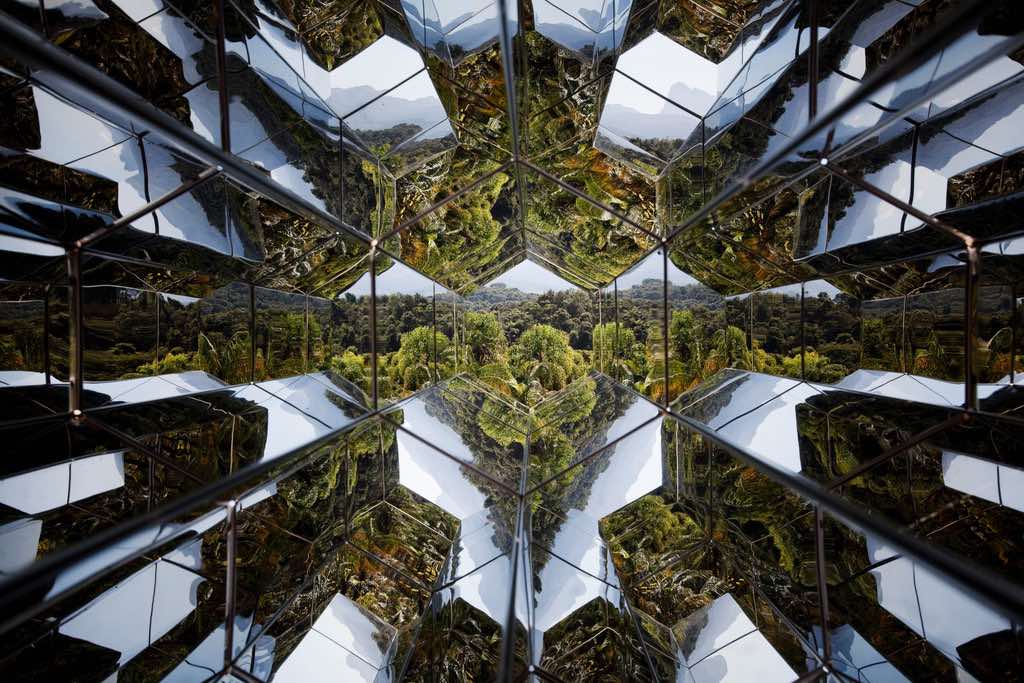 19 Oct 2020
Contemporary Outdoor Artworks Found in Fresh Air
Artsper has selected some of the best open air artworks from recent years gone by...