Home > Artstyle > Venice Biennale 2017 : five artists that you should follow 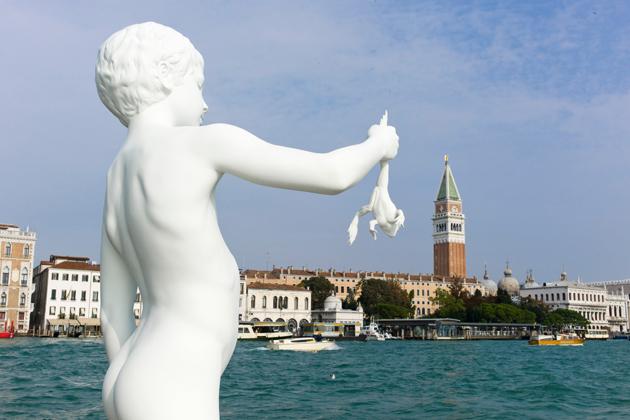 Indeed, Venice is known for its palaces and gondolas, not to mention its canals and churches… But are you familiar with Venice, the capital of contemporary art? From 13th May till 26th September 2017, professionals and fans of the art world will get together at the contemporary art biennial, which will take over the quarters of this city.

Peculiarity of this 57th edition: the official selection will be carried out by a French, namely Christine Macel, curator in chief of the National Museum of Modern Art at Center Pompidou. Her watchword? « Viva arte viva! ». The French commissioner has put together this edition by putting art and artists at the limelight of the event. This promising project has encouraged Artsper to offer you a partial list of its firm favorites from the 2017 biennial! 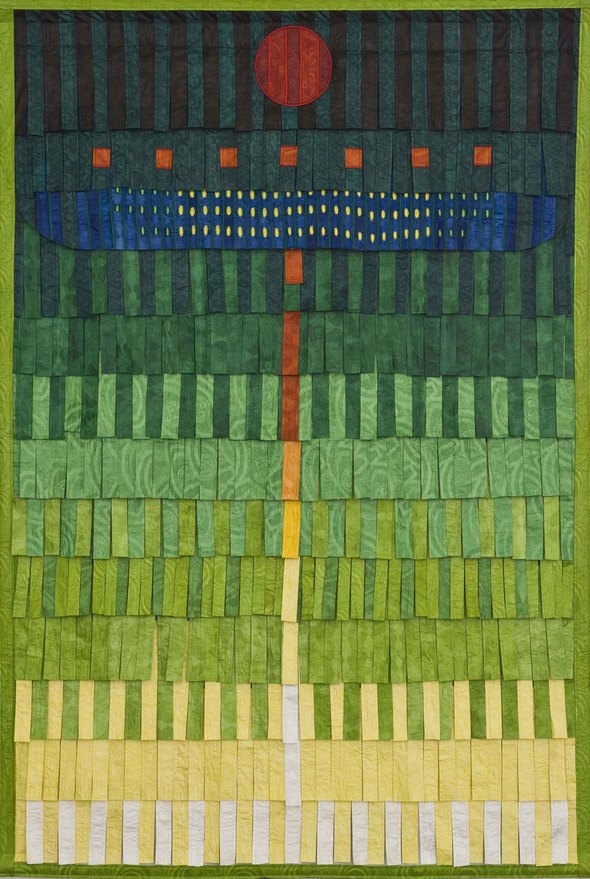 « Viva Arte Viva » has one aim which is to put art and artists in the limelight of the exhibition, therefore it highlights their roles and responsibilities during contemporary debates. Choosing Abdoulaye Konaté for this event is rather indicative. A prominent figure of the contemporary Malian scene, this visual artist of 64 years is an expert in textile sculpture, his universe is absolutely aware of the economic and social stakes and realities of not only his country but the world as well. In 2002, he created a patchwork of 6000 meters square, covering a stadium which held the opening ceremony of the African Cup of Nations in the aim to catch attention on the risks link to the Aids virus. In 2006, he created a work which urges Israel and Palestine to reconcile. The fabric is also a reminder of traditions, the one of Mali but also the ones the artist comes across during his travels. An artist of material and senses, Abdoulaye Konaté is a true witness of collective conscience, which reaches out to everyone. 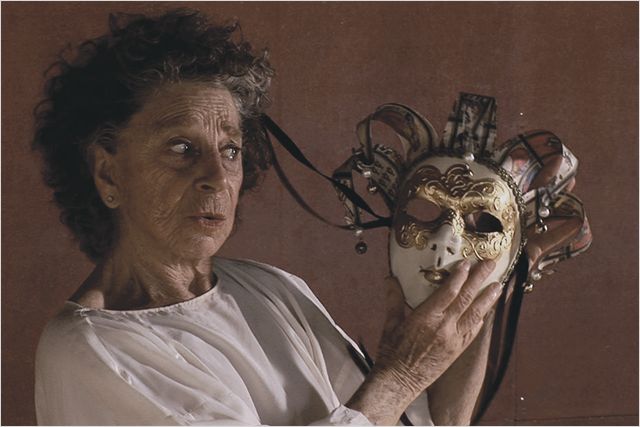 The doyen aged 97 years, is also part of the official selection of the 2017 Biennial. She has been standing up to traditional codes of dances since the 30’s, this has led her to the world of performances. Just like Abdoulaye Konaté, the artist continued to create, while highlighting the context in which she evolved. During the 60’s, while racial discrimination continued, the artist created the very first company where blacks and whites danced together. Through her performances, dance turned into a ritual, a healing tool, as her creation correctly testifies “planetary dance”, a dance for peace which has already been realized in over 50 countries. This work is perfectly in keeping with the spiritual theme inspired at the biennial by Christine Macel, the nine pavilions form the pattern of this event: Pavilion of earth, commons, shamans, the colors add on to this atmosphere as well. 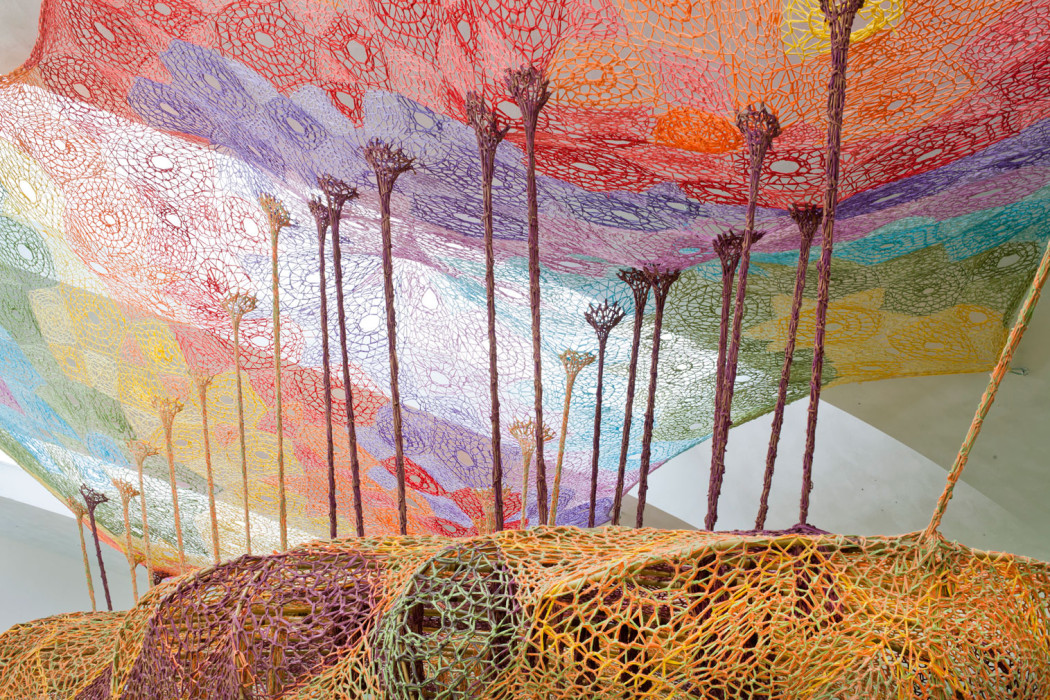 The Brazilian artist Ernesto Neto is one of the major icons of this 2017 biennial. A way to catch a glimpse of the biennial general commissioner’s willingness, to establish communication between artists and public. This is exactly what Ernesto Neto does. His monumental works which combine weaving, minerals but flowers too, encircle the visitor and give him a chance to experiment through an abundance of senses. It’s an invitation for artistic meditation: “I want us to stop thinking. Take refuge in art. According to me, when one is not thinking, one is embracing life”. Ernesto also speaks about human relations and directly addresses the visitor, as he calls upon his body and spirit. The Biennial of Venice 2017 definitely doesn’t restrain itself to a succession of works. But if you still have doubts, you should know that this event is going to punctuate this 57th edition and trigger an encounter between the public and artists, just like an “Open Table”, a meeting around lunch! 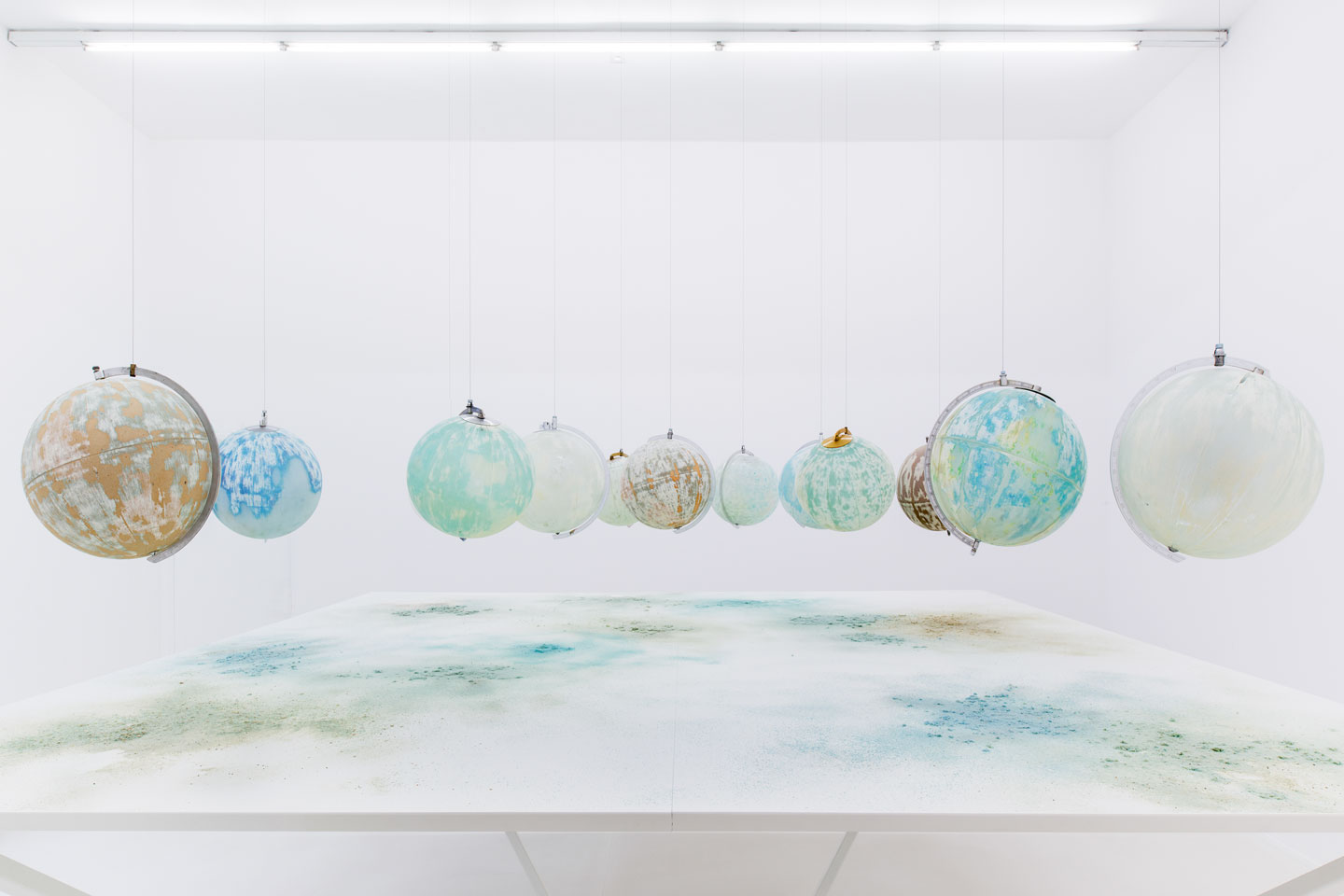 The Biennial of Venice 2017 gives prominence to great names but the new generation of contemporary art as well. The « Viva Arte Viva » junior Katerine Nunez, is only 26 years old!

Julian Charrière is also one of the youngest of this 2017 edition. Born in 1987, this Franco-Swiss artist is our firm favorite among the young talents exhibited at the biennial. A former student of Olafur Eliasson, Julian Charrière developed an art based on Earth and elements. Whether it’s through performance, video, photography or installation, the artist likes to experiments and include elements found in the nature: salt crystals and samples of soil from 195 countries of the UNO, to name a few. The natural elements give him a chance to think about time, the past, present and future, but also about the current society he lives in. He almost each time questions the connection between Man and his environment. An artist who is a living proof that the young generation is also capable of being inspired by his surroundings and questioning himself and the spectator as well. 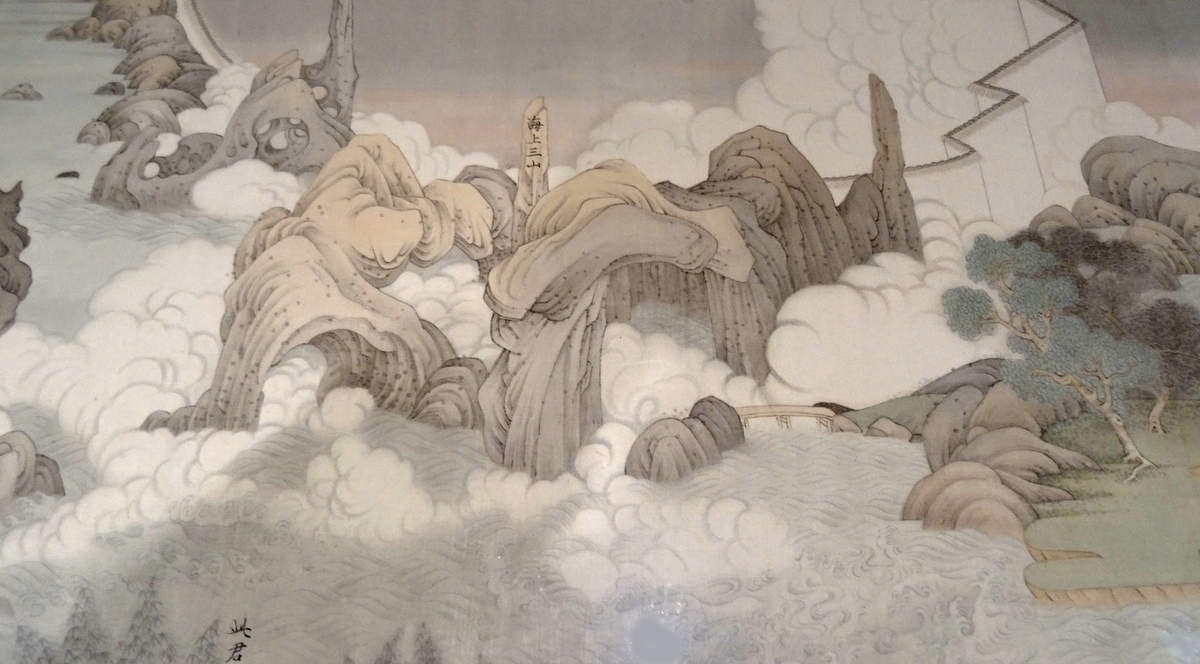 Hao Liang is an exception when it comes to depicting contemporary society. He expresses it through traditional Chinese painting, on silk. An incongruous approach, especially when one sees the overview of the Chinese contemporary scene, which usually gives priority to monumental sculptures, memorable scenes and digital art. However, Hao Liang’s strength is to to be able to depict the present through a technique used in the past. By deconstructing 17th century Chinese landscapes in his works, he depicts the evolution of the Chinese society with nature, as it portrays traditional…hyper modernity.