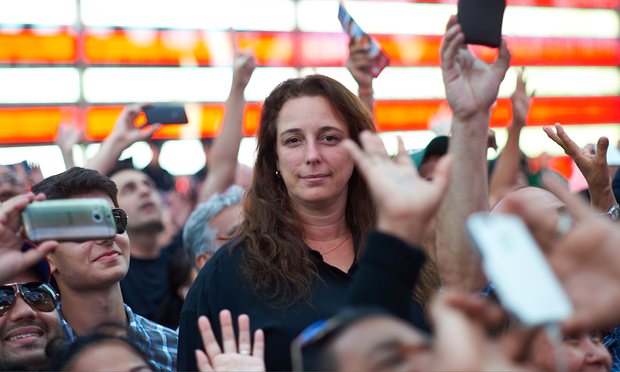 Because of strong political and social twists such as Brexit and the last American elections, 2016 will be held in memories. But the contemporary art world has not been left behind and our team has selected for you its top 10 of art news to remember.

1. The artist Tania Bruguera anounces its candidacy to the presidencial elections

The artist and activist Tania Bruguera is known for her numerous perfomances where she invites the Cuban population to express out loud what they think quietly. After going through many confrontations with the government in power these last years, Tania Bruguera published a video online last October where she encourages her people to join forces starting now for the presidential elections scheduled for 2018. If her candidacy still hasn’t been officialised, Fidel Castro’s death almost a month later brings a whole new echo to this first position taking for the elections to come.

The biggest news this end of the year is the Turner prize. For 2016 it’s the artist Helen Marten that was honoured with the most prestigious prize of the contemporary artistic scene. This award is delivered each year to a British artist less than fifty years old and having presented an exhibition or an edifying piece in the last twelve months preceding the shorlisting of the candidates (in April this year). Founded by The Patrons of New Art in 1984, this award is used as assistance for the Tate Gallery’s artwork acquisitions. The four shortlisted candidates are exhibited at Tate Modern until beginning of 2017 January.

3. Anish Kapoor and his vantablack

We thought the times of the colour merchant were over. But Anish Kapoor proved us wrong last October. It is now illegal for another arist to ust the black “vantablack”. Anish Kapoor has in fact bought exclusive rights on this particular black that can absorb up to 99.965% of light. Invented by the firm Surrey Nanosystemes, this material made of carbon nanotubes is a fascinating light trap and the artist’s action has created a great number of frustrations and critics. The artistic communauty has struggled with this return to the colour appropriation, considered by many as an obselete subject.

Each year, the ADIAF (French acronym standing for the Association for International Diffusion of French art) delivers the prestigious Marcel Duchamp prize to an artist of the contemporary artistic scene. Kader Attia was the lucky winner for 2016. Known for his powerful and quite politically denouncing artworks, he was invited to exhibit a work next to the other three shortlisted artists (Yto Barrada, Ulavon Brandenburg and Barthélémy Toguo) at the Pompidou Centre. The four shortlisted artists are automatically integrated to the contemporary art centre’s collection but the fact that an exhibition is devoted to their work is unprecedent in the context of that prize.

Inaugurated at the occasion of the 2016 edition of the Parisian event “Nuit Blanche” last October, the first urban art museum in Paris, Art 42, created a great number of reactions. It in fact consists in an unprecedented event, street art artworks permanently exhibited in a free access space had never been done before in the French capital. You can therefore visit two days a week at the informatic school 42 created by Xavier Niel, a selection of 150 artworks by 50 artists coming from Nicolas Laurgo Lasserre’s collection.

Oscar Murillo, the most popular Colombian artist of his generation based in London has aroused quite a great number of reaction last October. In a flight for the Sydney Biennale, he flushed his British passport in the toilets just before landing. This action caused him to be first retained and then sent to Singapour. On his way back to London he took the time to make a few stops in important European cities travelling with his Colombian passport this time. Media stunt in order to put his work back in the center of attention or genuine denunciation? Opinions are divided.

7. Opening of the first National Museum of the African American History and Culture

In September was inaugurated two steps away from the White House, the National Museum of the African American History and Culture, part of Smithsonian Institute, in Washington D.C.. In the context of a tense atmosphere when it comes to anti black racism in the country, Black Lives Matter movement being more active than ever, this museum comes as an easing of tensions for the American population. However, the election of Donald Trump two months later has been quite badly received by this movement and goes completely against the recent willing of bringing the question of racism in the right direction.

8. No Guggenheim for Helsinki

The city council of the Finnish city has finally anounced last November that it has taken the decision not to support the project of a Guggenheim Museum in Helsinki. This decision signs the end of a daunting project involving 130 millions of dollars. A first attempt for a Guggenheim Museum in Helsinki was presented in 2011 but was rejected by the City Council in 2012. The main reason for both funding rejections was the board members concern about the price being too high to pay for young taxpayers.

9. Change of direction for the Gaîté Lyrique

Institution devoted to new musics and digital arts, the Gaîté Lyrique changes its direction board. The aim ? Concentrate on new missions and attract a larger public. Following a decision of the City of Paris, the place entends to keep its young and trendy customers as well as enlarging the spectrum of the targeted public. This diversification will be made through partnerships with other cultural and international institutions. Formerly ran by Jérôme Delormas, this place is now under the direction of a public service delegation of the firm ARTER and the Technological Arts Society of Montreal.

Known for her implication in favor of peace, Yoko Ono has created in 2002 a grant in memory of her late husband John Lennon. Called the Lennon Ono Grant for Peace, the prize and delivered every two years to organisations or personnalities who work in the opinion of the artist in the same direction of the couple’s pacifists aspirations. The winners receive 50 000 dollars and this year Ai Weiwei, Anish Kapoor and Olafur Eliasson were the chosen ones. They received the prize on the anniversary of John Lennon’s brithday, October 9th.