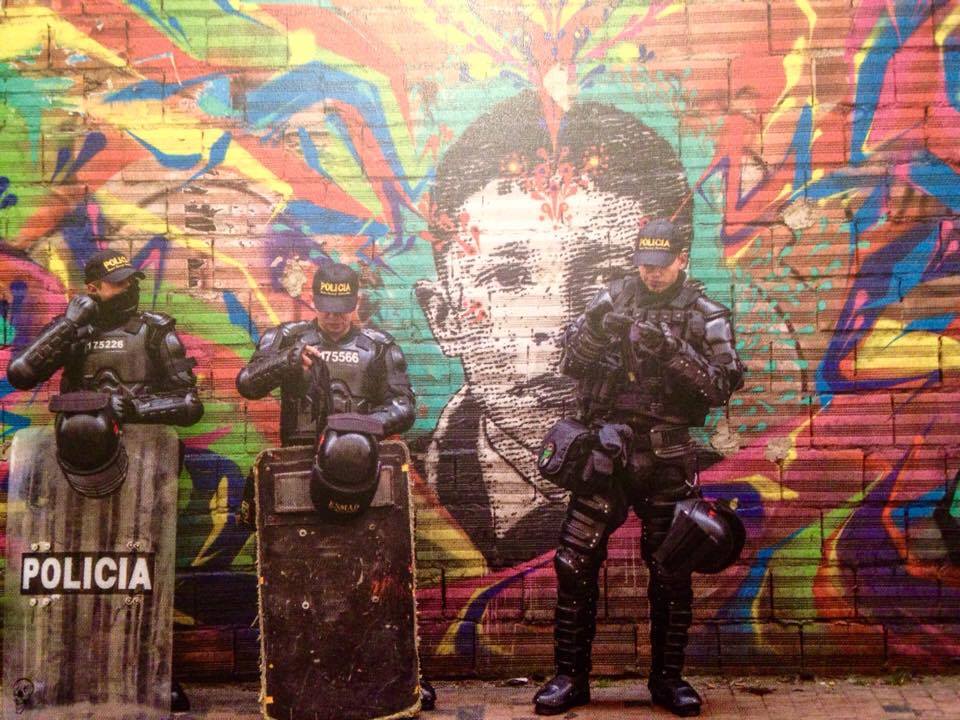 STREET ART IN THE WORLD: BOGOTÁ

Street art in Latin America is taken very seriously and many cities in the continent have painted walls. After a trip to Fanzara and Valparaíso, Artsper takes you to Bogotá where street art is still controversial in this megalopolis of seven million inhabitants. 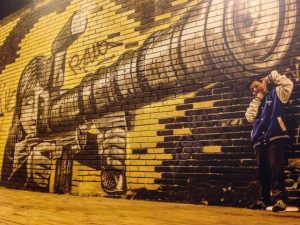 Recently, street art gained its reputation in the Colombian capital. Unfortunately, the death of a young sixteen year old street artist, was the reason. In 2011 he was shot in the back by the police while he was trying to escape. His death triggered a lot of emotion and changed the way graffiti was perceived in the Colombian capital, it went from being a vandalism act to a tourist attraction. The National Institute of the Arts and the Town Hall of Bogota even granted five sets of murals in July, so that urban artists could express themselves.

However, the public was outraged once again when the young Canadian star Justin Bieber decided to leave several graffitis in the city center, after one of his concerts, this time it was legal and protected by the police.

All this to say, that the street artists of Bogota still practice their art in a tense atmosphere. The three regular themes distinguish themselves, on the walls of the city: political or social denunciation through a face or a symbolic icon but also the relationship with the ancestral roots and eventually an interest in nature.

A FACE TO CONDEMN

Many street artists use icons or striking faces to convey a message or express their opinion. The paramountcy of human representation on the city walls, is quickly distinguished for those who pay attention. The shapes, techniques and colors are varied but the human representation still remains one of the most recurring themes. These creations are sometimes a true personal expression of the artist, without any desire for imitation. But in others, they are highlighted through meaningful symbolism, emblems of a social identity, a cultural movement or a political stand. 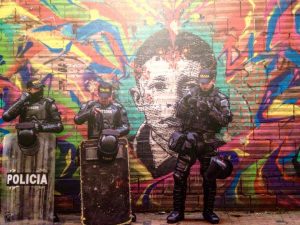 Stinkfish in the Centro district 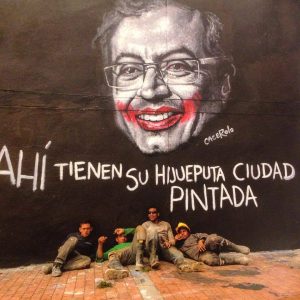 Cacerolo in the Rionegro district

Indian roots have put down roots through memories, therefore are historically important. Many beliefs, customs and traditions have been passed on to the new generation and adapted to the contemporary society. The feeling and desire to know, where one comes from is extremely important for an artist and therefore it’s not surprising that these are expressed through forms, patterns and themes, which are actually veiled references and a tribute to their Indian ancestors. 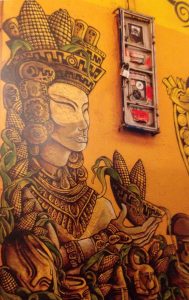 Julian O in the Candelaria district 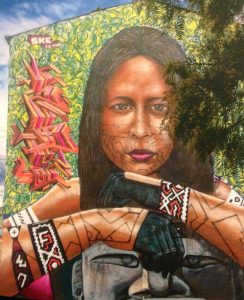 Ske in the Galicia district

Nature is a regular theme for artists in the capital, who treat it like a treasure, that everyone must protect. It is an important message, which needs to be passed onto future generations, therefore it’s present on the walls of the city in order to defend its position and significance. Contrary to misleading preconceptions, just because street art evolves in the urban world, it is not an indifferent movement, but it emphasizes beauty and diversity of non-human life. 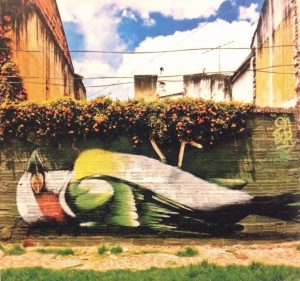 Sabor in the district of La Soledad 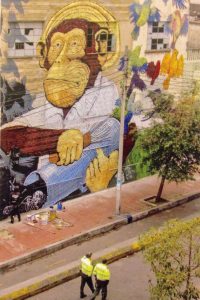