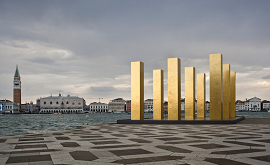 6 Good Reasons to go to the 56th Venice Biennale

The Venice Biennale is a place of legend in the world of contemporary art. Every two years, the most promising emerging artists along with the stars of the contemporary art collectors and museum directors from around the world flock to the Venice Biennale, and each year, nearly 500,000 privileged visitors stroll in the city Serene Venice between the Giardini, Arsenal and other formal places. 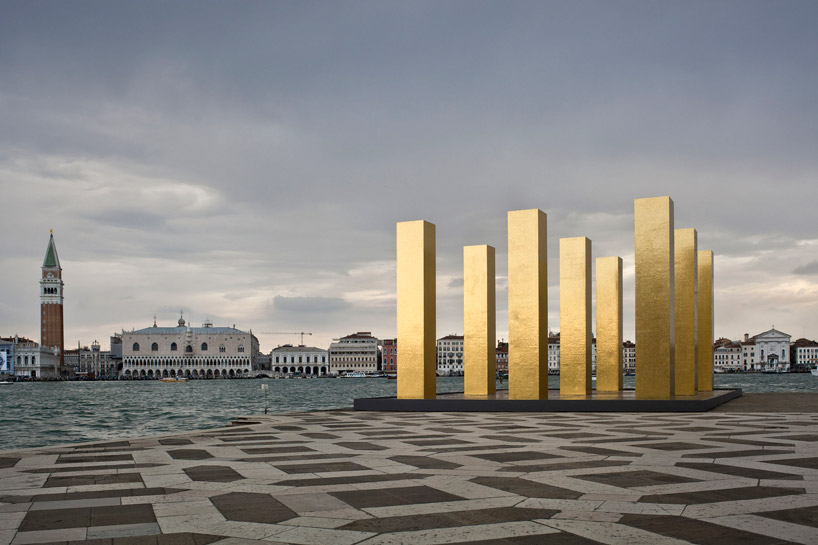 If you’re not already part of the Jetset art, such as the bags that are already at the Danieli for the opening of the Venice Biennale, then the beginning of the exhibition is Saturday, May 9, 2015 at 10am. The festivities will last without interruption until 22 November 2015.

Artsper gives you 6 reasons not to miss the festival and learn all you can about the 2015 Venice Biennale. 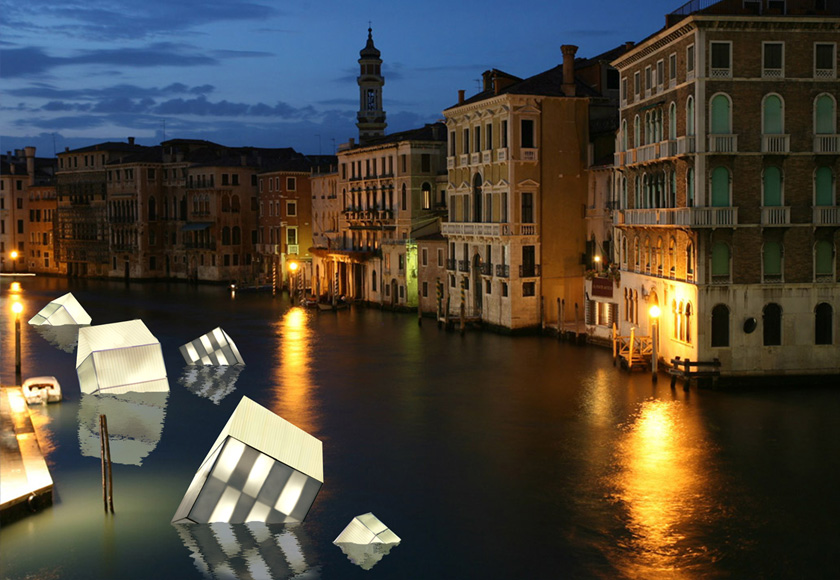 There are 136 artists, including 89 exhibiting, for the first time at the Venice Biennale, hailing from 53 countries. In 2015, it will be the first time Mauritania, Mongolia, Mozambique and Seychelles will be participating.

Venice turns into a contemporary art museum. In addition to the 30 permanent national pavilions in the Giardini, a 50,000m 2 exhibition at the Arsenal, and 44 side events that have been approved by the commissioner of the artistic 56th Venice Biennale, Okwui Enwezor.

There were 440,000 visitors during a six month period in 2013, an average of 3,000 visitors a day; an impressive attendance but far from being too much. 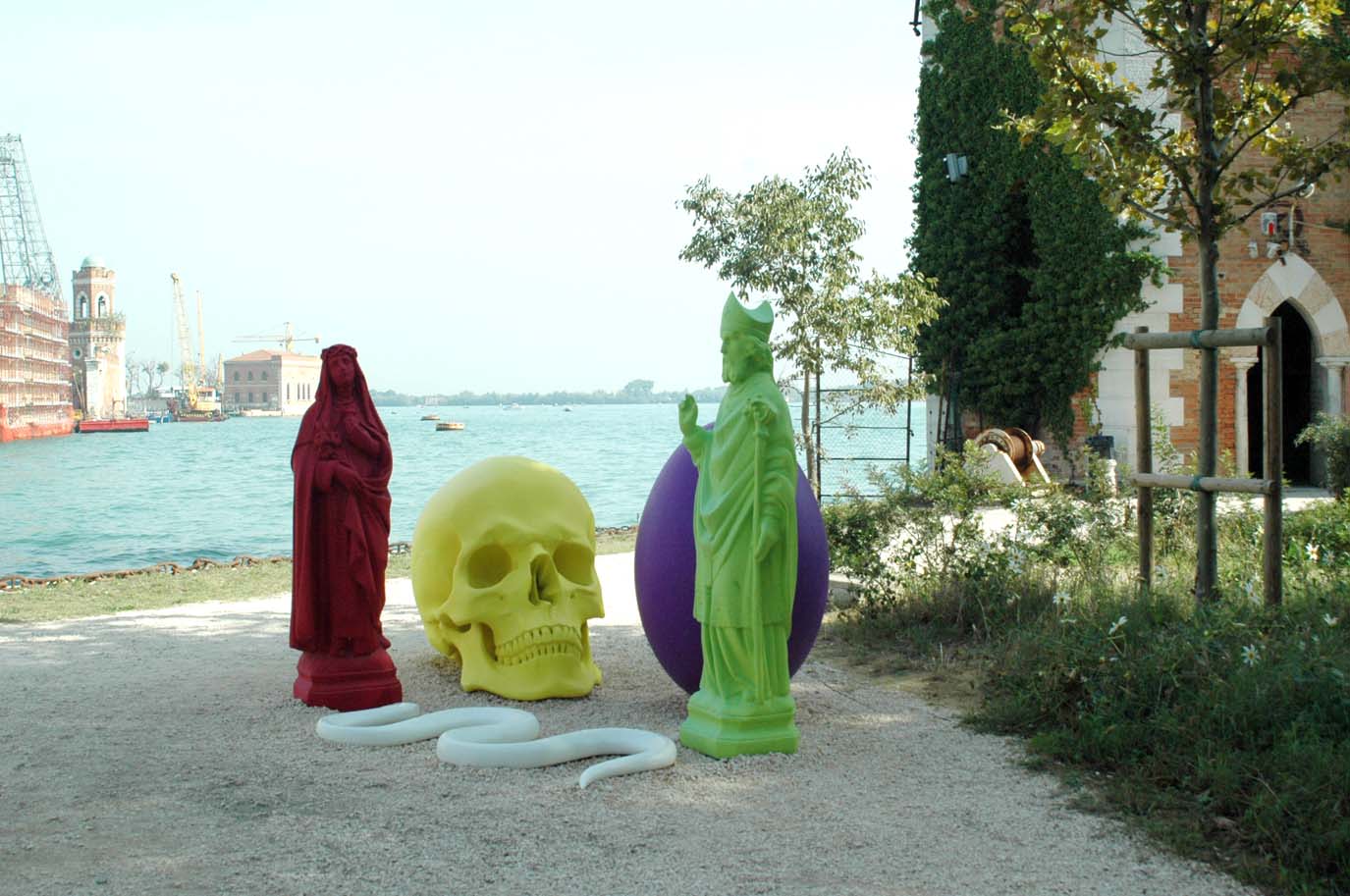 It was Napoleon Bonaparte who ordered the construction of the Giardini, and the building became the Central Pavilion.

The Venice Biennale was held for the first time in 1893 at the initiative of the city of Venice to commemorate the wedding of King Humbert I of Italy and Marguerite of Savoy. However, the royalty were not of Italian origin, but Savoyard.

Would it not also flatter French patriotism by going to the Venice Biennale? 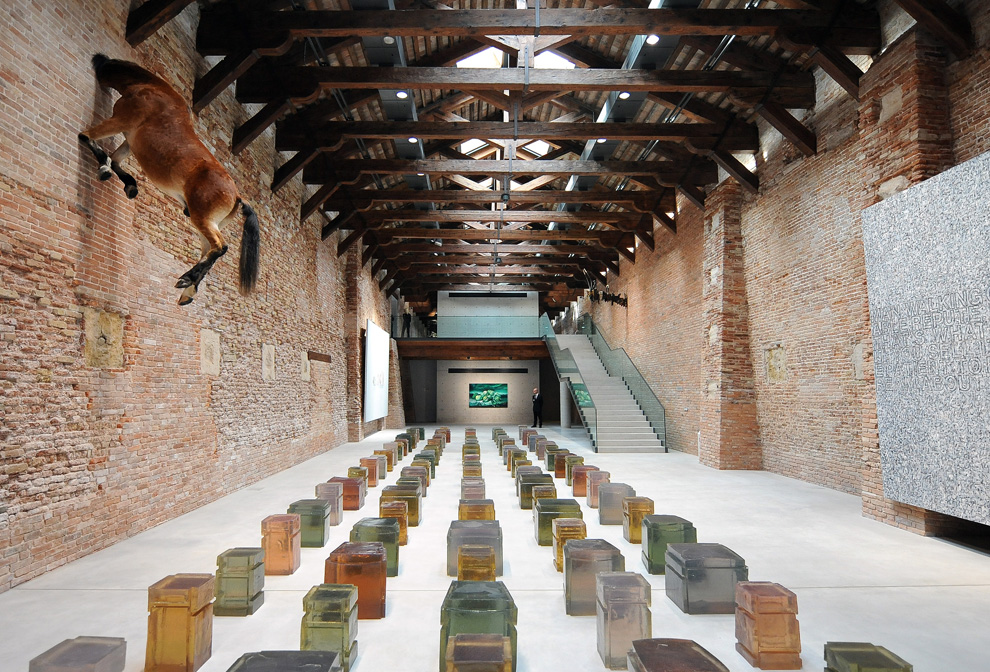 For the 56th edition of the Venice Biennale, the organizers wanted to facilitate the visit by offering educational tours, individual or collective, for professionals, amateurs and layman.

The tours vary depending on your degree of initiation to contemporary art.

{For music lovers: the French Pavilion} 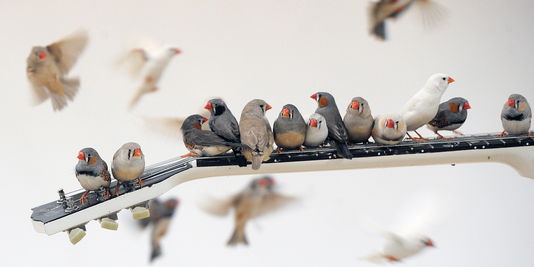 For the 55th Venice Biennale held in 2013, France had already heckled the musical ears of visitors with the work Ravel Ravel Unravel by Anri Sala. The artist composed sound forms, namely, visual and musical variations of a Ravel concerto.

For the 56 edition of the Venice Biennale, it was the artsit Celeste Boursier-Mougenot who transformed the pavillon into a “dreamlike and organic island”. Curated by Emma Lavigne, the artist is used to put nature as their contribution for his musical works. In 2012, birds played on guitars at the Cent Quatre. This year, with the work Revolutions, it is the movement of the trees (rustling leaves and the noise of colliding branches) which generates a current at low voltage and result in music.

Inside, one can recline on one of the sofas available and rest from this grueling artistic marathon and contemplate the music and video together with the movement of trees and clouds.

The Venice Biennale is not only a contemporary art exhibition. From 2 to 12 September held the Venice Film Festival, the oldest and one of the most famous film festivals in the world arrives.

To submit a film for the 72th edition, the deadline is June 19th!

{For the believers: the Holy See Pavilion}

“In the beginning, the Word was made flesh” is the theme chosen by the Commissioner of the Pavilion, Cardinal Gianfranco Ravasi, for his second participation at the Venice Biennale, the Vatican exhibit in the Pavilion Arme.

Guided by the interests of economy and restraint inherent in the Christian Church, the artistic program is built around the two “Tables” of the Prologue of John, namely “the beginning” and the “flesh”.