Home > Artstyle > 5 things to do in London this week, 10 November

5 things to do in London this week, 10 November

The fantastic cultural centre, the Barbican, presents over 250 photographs depicting architecture of the 20th to 21st century. From a lowly gas station to the built up quarter of Paris Montparnasse, the range of subjects sets a definition of architecture in its broadest sense. Rather than an exhibition of architectural photography aiming to promote an architect’s oeuvre, the show casts no qualitative judgment, with each photographer’s vision valued equally.

We begin in the 1930s with the work of photographer Berenice Abbott offering a steep downwards view of the Empire State Building on a winter afternoon in 1932. We see 1930s America in a harsher light through Walker Evans’s photography of the Great Depression. Similarly sombre are Simon Norfolk’s visions of cities depleted and destroyed by war.

However, the exhibition’s purpose is not solely to document. Some of these celebrated photographers themselves celebrate the work of iconic architects, from le Corbusier to Frank Lloyd Wright. Others display their artistic vision through more evident manipulations of reality, such as a personal favourite, Andreas Gursky with his endlessly accumulating floors in Sao Paolo’s subway station.

Diverse and abundant, views of the modern age not to be missed! 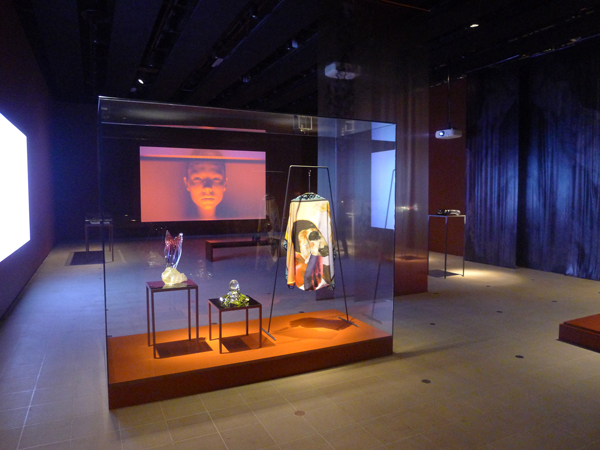 Mirrorcity is an ambitious exhibition presenting a host of artists’ expressions on what it is, and will be like to live in a digital age. Artist’s have always depicted personal alternative realities, but never has there been an alternative reality we can all be united by, a virtual reality which coexists, infiltrates and even surpasses physical reality.

Through recent work and specific commissions, the exhibition poses questions on how this powerful virtual world affects us and how it will shape our future. The title ‘Mirrorcity’ alarmingly evokes the idea that the digital age is resulting in intensifying and inevitable narcissism, and perhaps suggests the dystopian idea that we are headed towards ever-increasing homogenisation. Just how will our digital age develop? 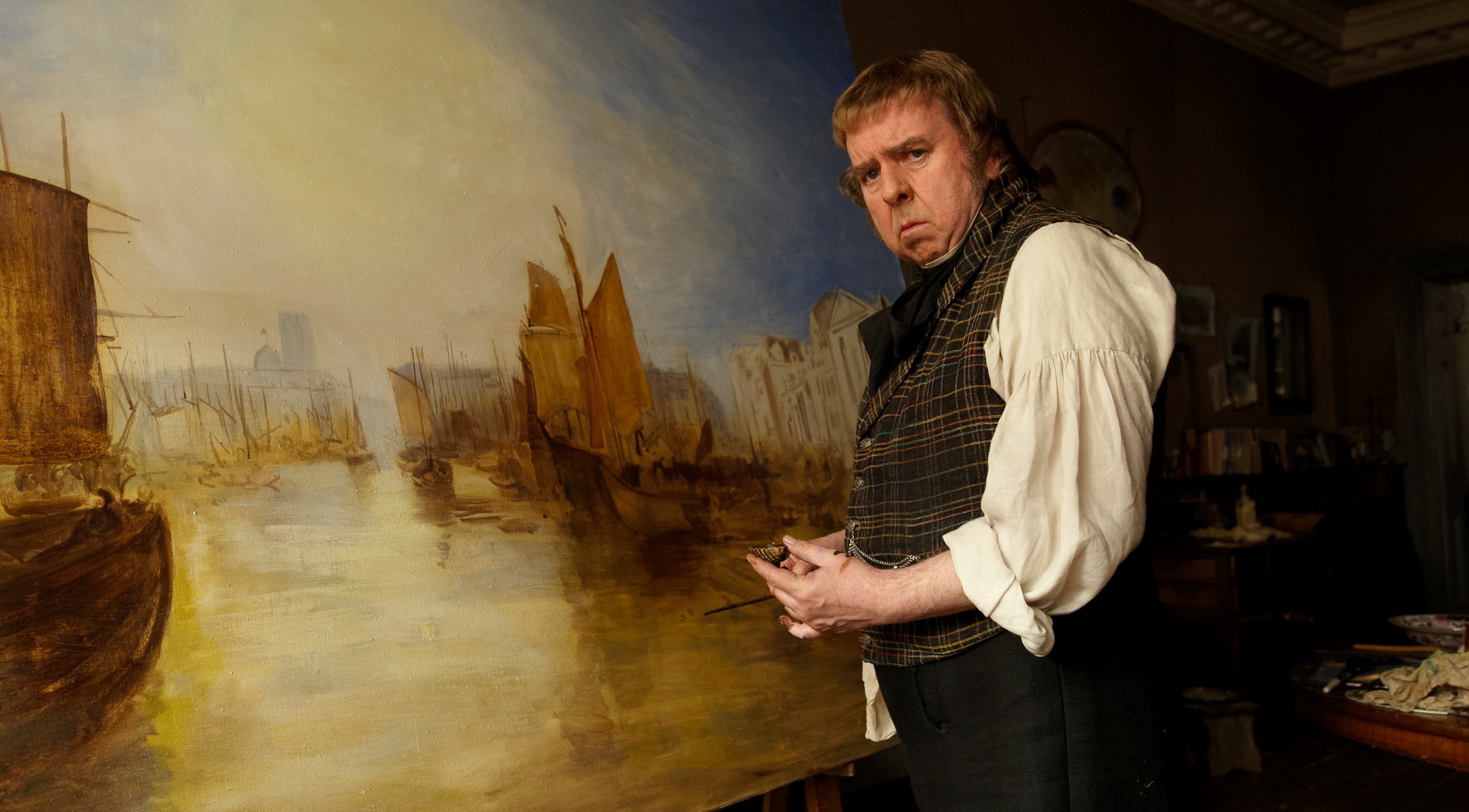 Director Mike Leigh has released a highly enjoyable biopic on the distinctly British painter, Joseph Mallord Turner. Played by Timothy Spall, the artist is portrayed as a strong character: the difficult and irritable genius, yet a sensitive, ordinary human. We see Spall at his finest, giving the character life through an assortment of grunts just as much as his spoken lines.

The film begins in 1826 when Turner is 51 and spans until his death in 1851. We are thus drawn into the artist’s most adventurous and audacious years, when his pursuit of depicting light is at its most ardent. From an art historical point of view, the film paints a more or less accurate picture of exhibitions at the Royal Academy, with paintings hung so close to one another hardly a glimpse of wall could be seen. A particularly famous event is recounted in which Turner, after his picture is hung on the wall beside a painting by his rival Constable, cannot resist adding a touch of colour in the form of a vermilion buoy in the sea. The result is a transformed composition, and his knocking out the competition!

After being charmed by Leigh’s narrative, you will be itching to see Turner’s mesmerizing work in the flesh. Fortunately, the Tate Britain presents a wonderful exhibition of Turner’s late work, on display until 25 January, 2015.

The National Gallery can be proud to present a collection of such an exquisite Old Master as Rembrandt van Rijn. From late Turner at the Tate Britain, we are privy to the late flowering Rembrandt through 91 works. These late years were not easy for the artist, facing bankruptcy and supposedly living in sin with his housekeeper. Nonetheless, his painting displays no lack of vitality and energy, his fully loaded brush continuing to conjure such palpability.

The exhibition is arranged thematically according to the great themes of human existence. Paintings, drawings and etchings reveal the artist’s virtuosity, and from the self portrait to complex group portraits he offers meditations on the different stages of humanity. His rendering of texture is as expected, most exquisite, as we see through such famous masterpieces as the Portrait of Rebecca and Isaac, better known as The Jewish Bride, from the Rijksmuseum. Isaac’s luxuriant heavy sleeve glimmers in the soft light. His startlingly tangible hand resting over her heart, with hers gently holding his, is a deeply moving sight, one of many which you certainly should not miss. 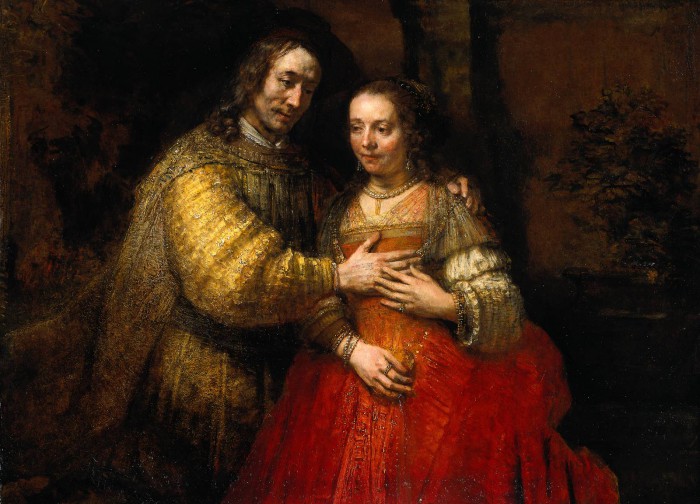 Portrait of Rebecca and Isaac, ‘The Jewish Bride’, 1667

5. Richard Tuttle. I Don’t Know. The Weave of Textile Language at the Whitechapel Gallery, 14 October – 14 December 2014

This wonderful east London gallery is exhibiting the work of sculptor and poet Richard Tuttle. Tate Modern veterans will have noticed the artist’s large installation occupying the Turbine Hall at the moment, large swathes of fabric filling the space. For those who want to know more, the Whitechapel gallery show surveys five decades of his career, from his rise to prominence in the 1960s to the present day, particularly focusing on his use of textiles.

The exhibition explores the history and importance of textiles, their humble status and their use and meaning in everyday life. His playful approach is made evident in his use of colour, and in the artist’s curation of the space, arranging works across the gallery in careful, aesthetic relation to one another. His pieces vary in scale, from book-pieces to structures which in their use of the total space, immerse you into his ludic and unique environment.