Born in 1953, Sophie Calle is a one of the most renowned artists in France. She works with all kinds of media, from video to performance, photography and text. Sophie Calle uses her own life and experience in her work, which makes it intricately autobiographical and intimate. The artist’s subjectivity is therefore at the heart of her practice, and what makes it so original is the place she gives to chance and hazardous encounters within her art. Her work is multidimensional but revolved around recurrent themes such as memory, autobiography, private life, chance and random encounters.

On top of the many exhibitions she had at the famous French Galerie Perrotin, her work was consecrated by a retrospective exhibition at the Pompidou Center in 2004. 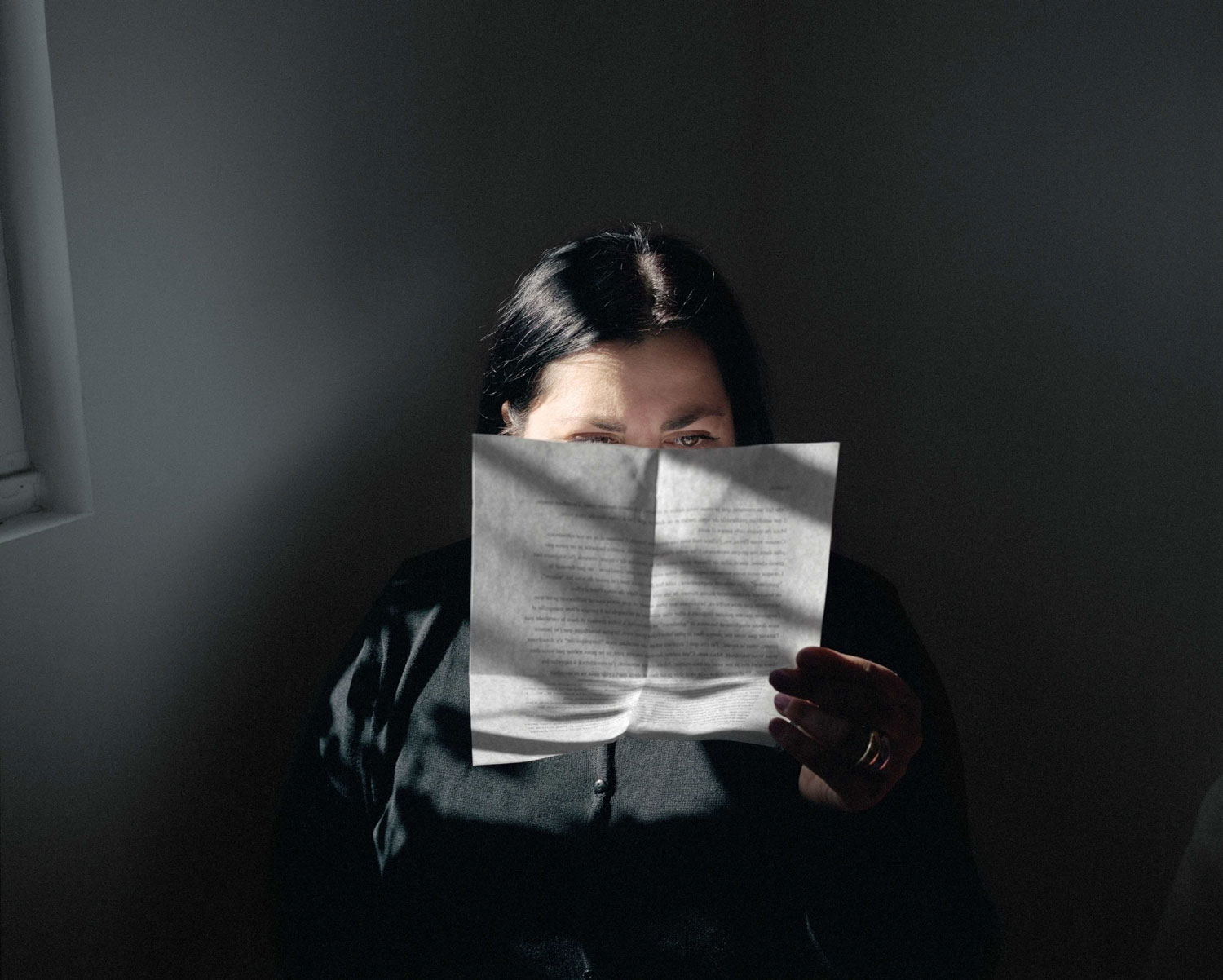 « Prenez-soin de vous » (Take care of yourself) is a project carried on by Sophie Calle in 2007 after she received a break up letter ending on this few words: « take care of yourself ». She did not know how to answer, she decided to do just what her ex-lover told her and take care of herself, her own way.  Sophie Calle therefore turned to other women to have their take of her break-up letter to help understand and process.

She asked about a hundred women to interpret her letter from a professional angle. Mothers, psychologists, anthropologists, psychiatrists, composers, singers, philosophers have risen to the challenge!

The goal of this awkward request is to comment, dissect, analyze, and elaborate on this break-up letter in order for the artist to be able to move on at her own pace.

The project –made of pictures, videos and texts- was presented at the Venice Biennale of 2007. 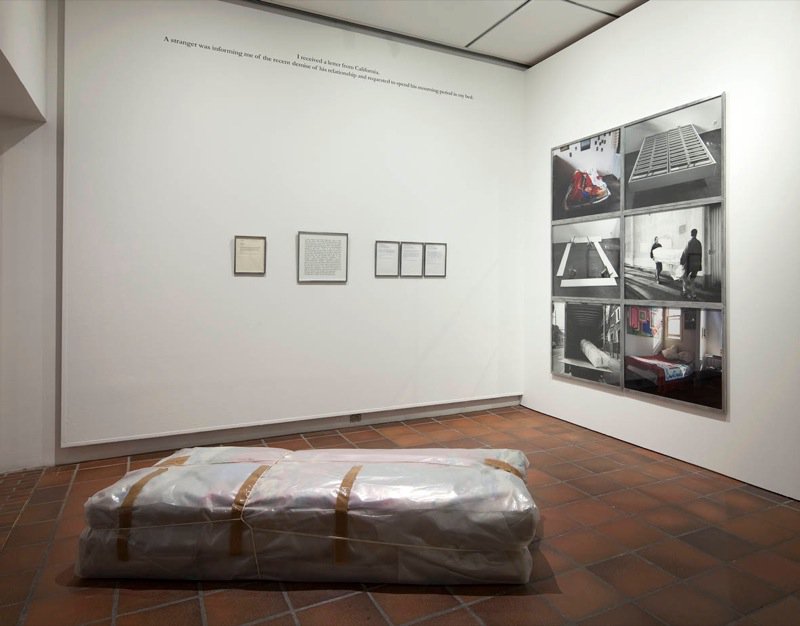 “Journey to California” is a project led in 2003. His starting point is a letter that Sophie Calle received in 1999 from a young Californian man saying:

“ Dear Ms. Calle, I have recently been released from a long-term relationship. I have been wading my way through various moods and emotions as a result of this separation. I would like to spend the remainder of my mourning/grieving period in your bed…“

Afraid of saying yes to a man she did not even know (what if she did not like him?), Sophie Calle decides to answer his unusual request by sending him her bed as well as her sheets with a get better letter. The man answered: “Your bed is very comfortable. I find the scent on the pillows and linen to be soothing. I will keep you abreast of my emotions and experiences…“

On February 2nd 1999, Sophie Calle’s bed returned, and she heard his pain had eased. 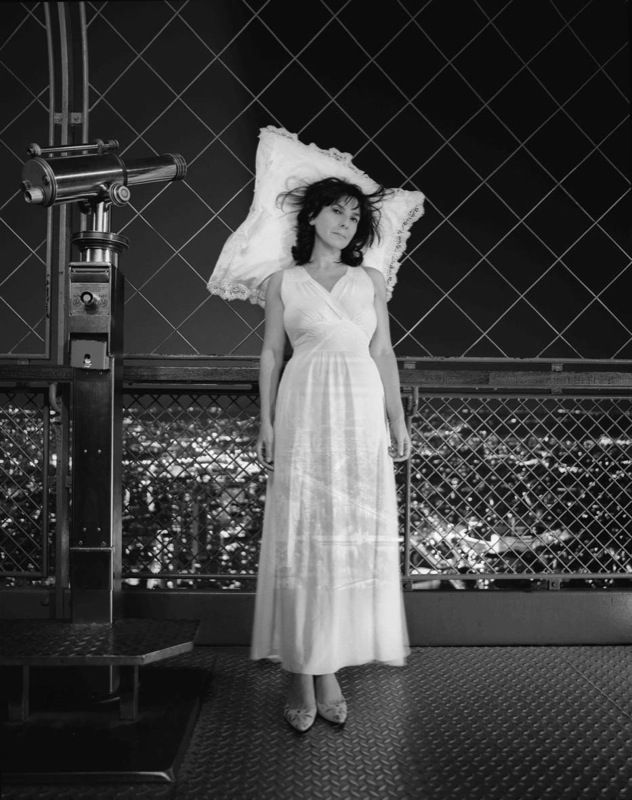 « A room with a view » is a performance that took place in the night of 5th and 6th of October 2002 for the first Parisian « Nuit Blanche » organized by the city of Paris. Sophie Calle had a room set up for her on the top of the Eiffel Tower. Laying in a bed, she spent the night listening to strangers who took turns at her bedside. The concept was to tell her a story for she would not fall asleep. The participants could stay a maximum of 5 minutes, unless their story was particularly thrilling- the condition being to have a story to tell. If the visitor’ story put Sophie Call to sleep, he had to leave quietly and ask the guard to wake her up. There were hundreds of volunteers who laid down next to the artist during that night… 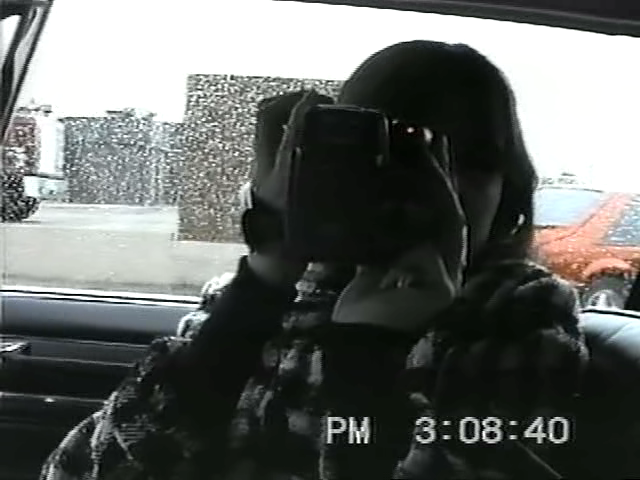 « Double blind » is the film that Sophie Calle and Greg Shepard- her boyfriend of the time- made during their trip through United States in 1992. After not living together for a year, their relationship had worsened to the point of not even talking to each other any longer. Sophie Calle dreamt of marrying him and Greg Shepard –a photographer- dreamt of making a movie. She therefore suggested to travel across United States together and make a movie out of it. Given their lack of communication, they decided to each have a camera and record their respective frustration during the trip and the things they did not manage to tell each other. The movie highlights the different point of view of each side of the couple.

At the end of the trip they got married in a Las Vegas chapel.

Even though an amateur production, the movie received the George Sadoul prize in 1995.

On my birthday I always worry that people will forget me. In 1980,to relieve myself from anxiety, I decided that every year, if possible on 9 October, I would invte to dinner the exact number of people corresponding to my age, including a stranger chosen by one of my guests. I did note use the presents received on these occasions. I kept them as tokens of affection. In 1993, at the age of forty, put an end to this ritual. Those are the words introducing the book entitled “Birthday ceremony” by Sophie Calle about the project of the same name.

The work consists in 15 windows filled with different personal items –the birthday gift- she received throughout the year: flower bouquet, a book by Mario Vargas Llosa, a pair of gloves, a book by Henry Miller, a set of lollipops, a bottle of Champaign etc.