Home > Get inspired > 10 Things to Know About… James Rosenquist 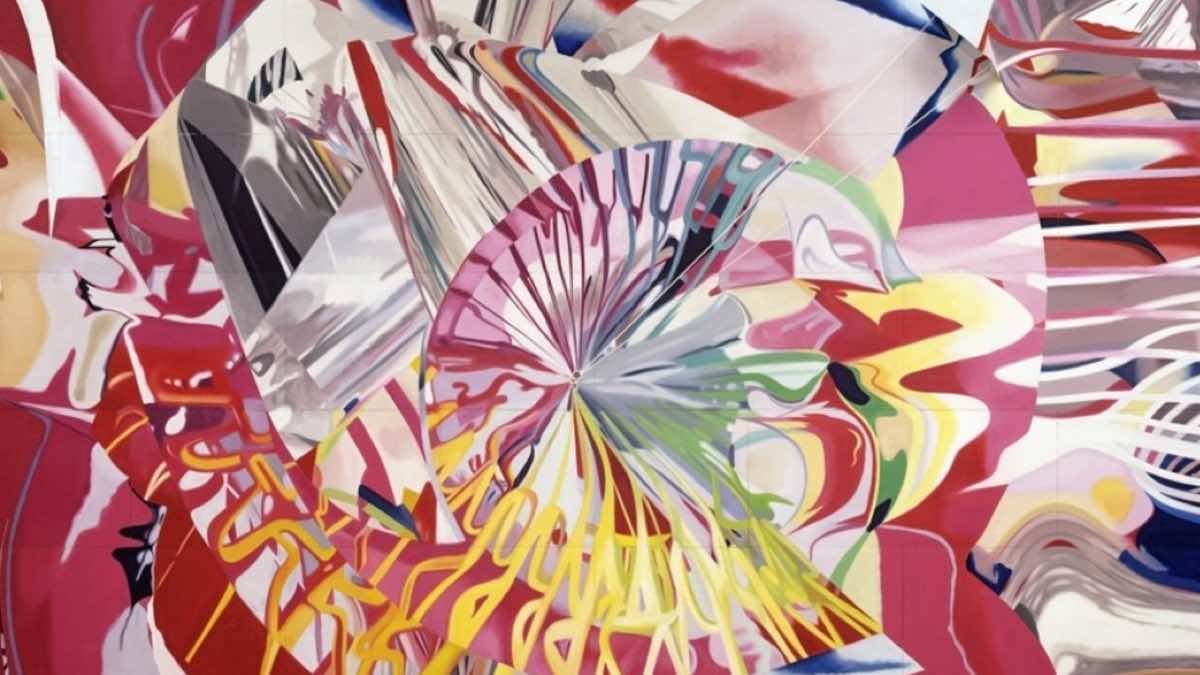 10 Things to Know About... James Rosenquist

An emblematic figure of Pop Art, Rosenquist influenced his entire generation as well as the ones to follow. With his disproportionate paintings, he reinvents mundanities of everyday life while denouncing a capitalist society enmeshed in transversal violence. At once complex and accessible, James Rosenquist’s art is multifaceted and multidimensional. But what secrets are hidden in the works and life of this talented painter? Artsper invites you to discover 10 things you need to know about James Rosenquist!

1. His mother was a painter

Born in North Dakota in 1933, James Rosenquist discovered his interest in art at an early age. As an only child, James Rosenquist grew up with a mother who was herself a painter. She was very supportive, strongly encouraging her son to live his passion for art to the fullest.

2. He was awarded several art scholarships

3. James Rosenquist’s art was inspired by experience as a commercial painter

Parallel to his art studies, Rosenquist quickly learned to earn a living as a billboard painter around New York City. This experience profoundly transformed his relationship to art. By drawing and painting signs, he learned the tricks of the trade, use of eye-catching colors and effective compositions. With his nose stuck into immense advertising paintings he then took a step back to view our consumer society. It was this influence of commercial advertising that is found in many of his paintings.

4. He composed his works with collages of advertising images

James Rosenquist’s pop art was obviously replete with advertising references. He even made many works using collages of actual commercial ads. Sometimes using an advertisement for cars, sometimes for tobacco or beverages, Rosenquist reinvented an already sensationalized reality. This characteristic is particularly visible in paintings such as I Love You with My Ford. It can also be seen in President Elect, which combines election posters with advertisements for Chevrolet and instant cake.

5. The art of James Rosenquist shows a penchant for the XXL format

Rosenquist’s works are also known for their colossal formats. Once again, his past experiences as an advertising painter have deeply influenced his creative process. Due to their resounding success, his paintings dominate the walls of museums, covering them in their entirety. As a good example, his masterpiece F-111, a satire of life during the Cold War, is 26 meters long.

6. He was an ardent supporter of painting

Beginning a career as an artist in the 1960s, James Rosenquist quickly established himself as a great defender of painting. He openly embraced his desire to glorify painting, at the expense of television and radio.

7. He shared a studio with non-figurative painters

When he moved to New York in 1954, Rosenquist preferred to share his studio with non-figurative artists. He experimented with his art projects alongside Ellsworth Kelly, Agnes Martin and Robert Rauschenberg.

As many of his works attest, Rosenquist had a particular affection for everyday objects. Spaghetti dishes, lipsticks, razor blades, tires, cakes or buses, to name a few. He had the insight to use banality to create a parallel (sur)reality while to denouncing the insidious influence of consumerism.

9. He was the king of juxtaposition

All of Rosenquist’s works were composed through assemblage and juxtaposition. He was ace at patchworking, combining advertising images to make an almost Dadaist mosaic. Offering hyper-realistic and chimerical “fragments of reality”, Rosenquist lives up to the title of pop surrealist.

10. James Rosenquist’s works of art have a disparate range of value

Due to his prolific production, Rosenquist’s changed and evolved a lot, with varying degrees of success. Thus, his works show a great disparity of price. Some of his sketches are worth only 300 euros, while his most expensive painting is worth almost 2.5 million euros.

James Rosenquist, an artist of paradox

Between surrealist and materialist, advertising designer and anti-capitalist, pragmatic and whimsical, James Rosenquist’s art is remarkably versatile. An emblematic figure of Pop Art, he reinvented himself over the years, always surprising art lovers. And you, what is your favorite Rosenquist work of art?