The cycle of the seasons is the origin of many myths and legends and it has inspired artists from all over the world. Studying the seasons in art is understanding how artists have come to visually represent reality over time. As the summer months arrive, we enjoy the more pleasant temperatures and longer days. We revel in the characteristic lightness of being that accompanies the warmer season. Whether it’s in allegorical or literal form, idealised or realistic, summer has been represented in art for millennia. Artsper invites you to retrace the various ways in which this season has inspired artists from Antiquity to today.

During the period of Antiquity, the worship of the gods demanded a lot of attention. Erecting statues was therefore one of the ways to pay homage to the deities that were expected to influence the daily lives of mortals. As a result, the seasons are commonly personified in Antique art.

The Greek goddess Demeter is considered to be the divine being that represented summer. Indeed, this daughter of Cronos taught Man how to sow and grow wheat. As such, she was revered as the goddess of agriculture and fertility, capable of ensuring bountiful summer harvests. Given the necessity of this role, the worship of this goddess was particularly important.

Demeter of Knidos, 350 BCE, and the ruins of the sanctuary dedicated to the goddess

If you have ever been to the British Museum, you may have had the chance to see Demeter of Knidos, which is one of the most famous statues from the Ancient Greek period. Life-size, at close to 5 feet tall, the enthroned goddess seems to be seated at the Pantheon of Gods. Discovered by a British archeologist in the Knidos harbour (now Turkey), this impressive sculpture dating back to 350 BCE was likely part of a sanctuary dedicated to the worship of Demeter.

Much like Antique art, it is impossible to summarise Medieval art in a single artwork. However, if one was to choose, it would have to be a “book of hours”: an illuminated manuscript of prayers. Such books were used by devout Christians to guide them throughout the liturgical hours of the day.

One of the most famous pieces of this kind is the Très Riches Heures du Duc de Berry (word-for-word, The Very Rich Hours of the Duke of Berry). It was written at the beginning of the 15th century, commissioned by… you’ve guessed it, the Duke of Berry! An exceptional patron, he was particularly fond of manuscripts, and the Très Riches Heures are especially famous for their calendar. Produced with extraordinarily fine detail, these illuminations depict each month of the year and its attributes. Each page showcases a symbolic landscape, usually a famous castle, as well as the labour and courtly activities appropriate to that given month.

The months of June, July and August from the calendar of the Très Riches Heures du duc de Berry, 15th Century

The month of June, under the Gemini and Cancer zodiac signs, illustrates the haymaking and the Palais de la Cité, which you may recognise as today’s Palais de Justice! With July, comes the harvest, as well as the shearing of sheep, in front of the Château de Poitiers. In August, the Château d’Étampes stands before peasants working the fields and bathing in the river. In the foreground, noblemen enjoy a falcon hunt. Topped with an arched illustration detailing its astrological identity, each month of the Très Riches Heures is a masterpiece in itself. These pages are a very significant representation of summer in French medieval visual culture.

The Renaissance: A Wealth of Representations

The Renaissance artwork, that one could argue is the most representative of summer is by Giuseppe Arcimboldo. World-famous for his atypical portraits, composed of various elements of a chosen theme, the Milanese painter was already well known in his own time. He notably worked at the court of Habsburg.

One of the characteristic series in his work is that of the Four Seasons. Each one is represented by a figure in profile view. The character in Summer, painted in 1563, takes its form through a variety of fruit and vegetables. He sports a peach for a cheek, a peapod for teeth, and a delicate ear of wheat as an eyebrow! Dressed in a woven straw garment featuring an artichoke, this summer gentleman is a tribute to the interest that European courts paid in curiosities during the Renaissance.

Pieter Bruegel the Elder, Haymaking and The Harvesters, 1565

Another prominent Renaissance tradition, this time typical of Northern countries, is the Genre scene. Flemish and Dutch painters, renowned for their landscapes, would visually transcribe any number of everyday scenes from their regions. Pieter Bruegel the Elder, for instance, produced a series based on the four seasons that is amongst the most famous in 16th-century art. It originated from the medieval tradition of illuminated calendars, such as the one present in the Très Riches Heures du Duc de Berry. As such, summer in Bruegel’s work is represented by a scene of haymaking (for the months of June and July) and a scene of harvest (August and September).

Finally, let’s not forget the characteristic principle of the Italian Renaissance. This saw the return to Antique traditions and values. It is through an oil painting by the well-known Venetian, Tintoretto, that we dive back into an allegory of summer, this time in the figure of Ceres. The goddess of agriculture is represented here in the mannerist tradition, reclining amidst an elegant natural background, evocative of the summer months.

The 18th Century: Antiquity in the style of the times

In the 18th century, the guidelines of the Académie des Beaux-Arts in Paris had absolute rule in the very definition of what determines a true work of art. Building upon Renaissance values, academic art celebrated the visual discourses of Antiquity. For instance, the perfect body and idealised nude were perceived as markers of morality.

Factory of Nicolas Fouquay, Summer with the features of Ceres, c.1730

Throughout the century, the four seasons are a particularly popular subject in art, and they are often represented through natural allegories. In fact, it was in 1723 that Antonio Vivaldi composed his famous violin concertos that pay homage to this natural cycle! At the same time, the Factory of Nicolas Fouquay in Rouen, in France, produced four busts in faïence earthenware. Each one represents a season in the form of a Roman god. The bust Summer with the features of Ceres sports a wreath of wheat in her hair. However as opposed to allegorical images from the Renaissance, she is in keeping with the conventions of her time. Indeed, her turban-like headdress, long braid, and the bridle holding the garment slipping off her shoulders are reminiscent of the Oriental visual culture that was in fashion in the European courts of the time.

Summer played a crucial role in the foundation of the Impressionist movement. Indeed, its emergence is attached to two works by Monet and Renoir, both painted in the summer of 1869 at the Grenouillère, in the surroundings of Paris. The season was significant in the conception and rise of the movement, as the Impressionists distinguished themselves through their Plein-Air (outdoor) painting technique. With the novel concept of weekends and the development of the railway network, the new Parisian middle-class bourgeoisie discovered free time in the country.

The seasons, in Impressionist art, are not allegorical. The Impressionists drastically emancipated themselves from established codes of production and appreciation of art. They depicted daily life, in an effort to illustrate the new modernity that characterised France. As such, Paul Cézanne’s Bathers and Frédéric Bazille’s Bathers Summer Scene, although somewhat drawing on classical pastoral tradition, depart from artistic norms through an imperfect painterly finish, and an undeniably contemporary rendering of modern-day characters.

When it comes to contemporary art, there are no rules. Performances, installations, digital and temporary media… It is the artists themselves who give the status of ‘art’ to their works. But let’s not forget the rules of the market: today, certain pieces sell for millions at auction.

Yet, summer continues to be a popular subject! In 2018, David Hockney, the British artist appreciated worldwide, broke all records for the most expensive works by a living artist, with Portrait of an Artist (Pool with Two Figures). This painting depicts a man, leaning over a swimming pool as another swims towards him, entirely underwater. Inspired by the artist’s own private life, this scene is contextualised in a St Tropez villa. It is truly a contemporary  (and now iconic!) vision of the hottest months of the year.

Goddesses of golden wheat, harvesters, and falcon hunters, composite portraits, swimming pools in St Tropez… in art history, summer takes on many forms. Just like the seasons themselves, the representation of summer in art, throughout the centuries, is a cyclical matter. Works of art use codes that repeat and follow themselves through the time periods… but they are never identical!

Today, our daily life doesn’t depend on the seasons as much as in the past. However, we still welcome the warmer months with open arms, and artists keep looking to them for inspiration. 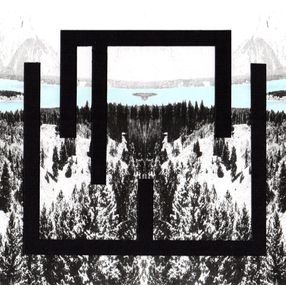 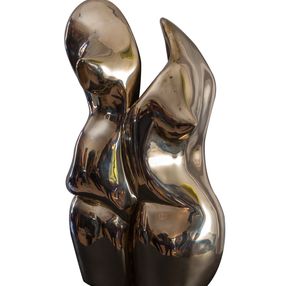 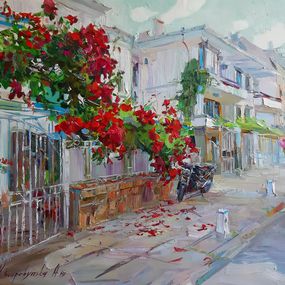