Home > A closer look > Art and Nature: The Emergence of Ecological Art 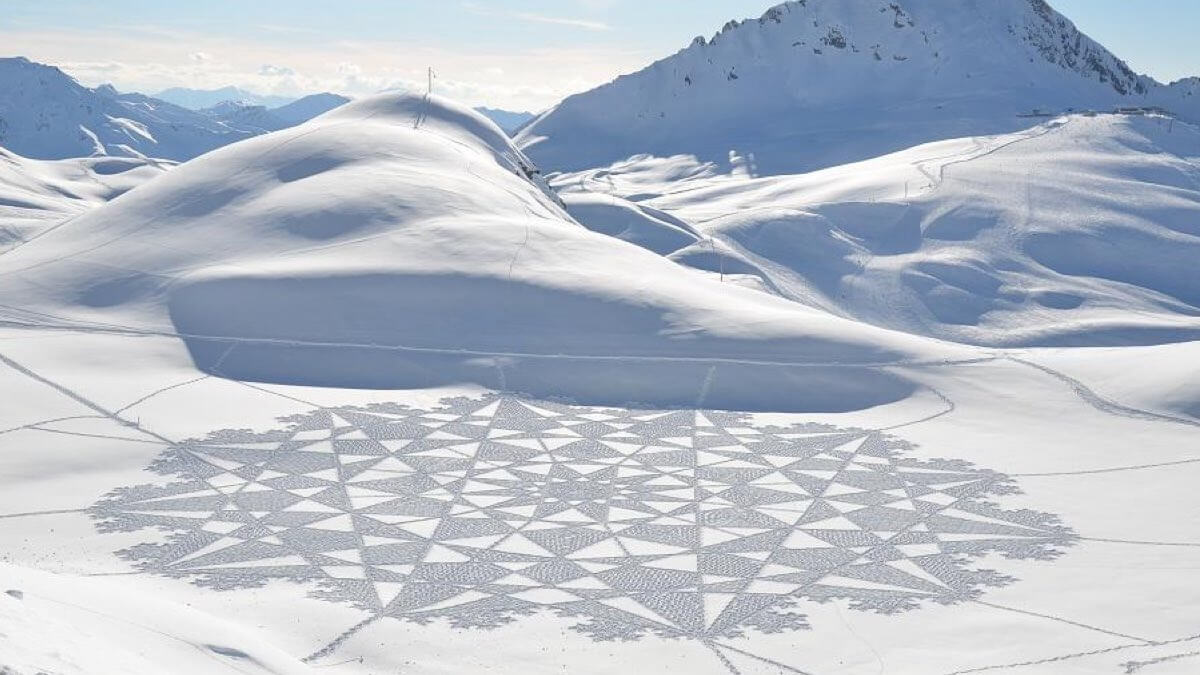 Art and Nature: The Emergence of Ecological Art

Art and nature have always found ways to intersect with one another, the latter being a huge source of inspiration for artists. Found across many forms: rural and historical for the Classicists, grandiose and wild for the Romantics, or sensitive and poetic for the Impressionists. But it was only much later that the artist became aware of the environment’s fragility. Art subsequently became the preferred medium to express this. Nature began to be depicted beyond pure aestheticism, as art and nature found themselves at the heart of this political battle. In fact, nature’s deterioration has profoundly changed the relationship between artists and the landscape. Artsper invites you to discover how combining art and nature turned into an ecological and environmental battle during the 20th century.

The in situ Method: Considering the Work in its Environment

In the United States, artistic practices were turned upside down from 1969 to 1970. Many artists began to think beyond the traditional venues of galleries, museums and studios. Similar to the Impressionists at their time – who left their studios to paint outdoors – American artists abandoned galleries in favor of large, isolated and natural spaces. Subsequently, a transition began to occur, as the abandonment of enclosed spaces became synonymous with regained freedom.

The emergence of site-specific land art marked a true turning point. From then on, artworks were no longer autonomous. Instead, they derived from the space which they were a part of. Therefore, artworks can no longer be understood without considering the place of its presentation. For in situ artworks, which are often presented in the form of an installation, the unique environment plays an active role.


Land Art and Nature: The Emergence of an Environmental Approach

In situ art is the preferred process for land art, a movement that attempts to create works directly in the natural environment. The landscape’s natural elements become the very material of production, since these works are made of materials such as rock, earth and sand. Many believe that this combination of art and nature ought to be considered as an experience rather than according to their market value.

Robert Smithson, a theorist and iconic figure within land art, offers a fine example of this through Spiral Jetty.

The Lightning Field by Walter De Maria is another well-known work of this movement. It is a permanent installation of 400 steel posts. They are spread over a kilometre of desert plain in Quemado, New Mexico. Completed in 1977, this work is specifically designed to attract lightning. A symbol of land art, The Lightning Field is a true experience. Visitors, up to six per session, stay in a shed next to the field to wait for nightfall and the lightning. Although the work is permanent, the experience itself greatly varies on each occasion. Visitors can only truly understand the scale of the installation if lightning miraculously strikes the posts, something entirely up to chance.

With an emphasis placed on the environment, the artwork is located outdoors, a fact that is even more important than the poles themselves. In this installation, the field is much more than just a frame, but a determining element in becoming aware of the importance of the environment.

This artwork reminds us of nature’s beauty that, like a storm that arises in an instant, is ephemeral.

In 1969, Michael Heizer, a sculptor from New York, purchased some land in the Nevada desert. He then moved 240,000 tons worth of rocks to create his work Double Negative. This sculpture is a long trench in the earth, with a depth of 15 metres. The “Double” in the work’s title refers to both the artificial and natural qualities of the canyon.

Land art is often equated with “ecological” art. However, can we really say this is the case? Some artists such as Nancy Holt claim that land art was, at its very core, ecological because it fostered a connection with the land and the environment. Others, like Robert Morris, believed that these artists were ultimately corrupted by economic factors.

Morris’s argument is based on the fact that art installations can sometimes radically harm and transform landscapes. This is why land art is seen by some as being “anti-ecological,” since it actually disrespects nature. In effect, Michael Heizer’s bulldozing can easily be considered a slashing of the American desert’s purity…

Thus, the environment can be a controversial material for land artists to use. It certainly could be viewed as a return to nature, but not necessarily as a form of ecological activism.

Reclamation art, also called “ecovention,” is the art of rehabilitating polluted spaces or abandoned industrial areas. It is often associated with land art, however, the works of this movement offer ecological rehabilitation and also help foster the connection between people and their natural environment.

In 1965, Alan Sonfist launched a reforestation project in one of Manhattan’s urban spaces. His work titled Time Landscape was completed in 1978, and stands as the first urban forest in New York. Sonfist’s main aim was to rehabilitate this land and return it to its original appearance, before either colonisation or urbanisation. The juxtaposition of the forest and the urban environment displays the artist’s environmental consciousness.

In 1985, the artist Patricia Johanson was commissioned to rehabilitate a polluted artificial lake in Dallas. Her art had two objectives: to rebuild the link between man and his natural environment and to make the site ecologically viable again. More than rehabilitation, Johanson’s work is a true work of art. The red clay sculptures attract passers-by, while also creating micro-habitats for small animals and plants. These sculptures form a path across the water, allowing pedestrians to observe the wildlife.

This hybrid of art and nature entitled Leonhardt Lagoon is the result of thorough research. It perfectly synthesizes the aesthetic reflection of monumental sculptures and scientific studies for the rehabilitation of a healthy and sustainable ecosystem. This work successfully encourages wildlife to return while attracting curious onlookers.

Another major example of the reclamation art movement: Tree Mountain, A Living Time Capsule, by artist Agnès Dénes, whose works engage with environmental issues. Her installations explore the interactions between man and nature. The artist created a small mountain and planted 11,000 pine trees, with the help of 11,000 people, reclaiming land that had been destroyed by resource extraction. This project was launched at the Earth Summit in Rio de Janeiro on June 5th 1992, as a contribution from Finland to aid in alleviating ecological stress.

Tree Mountain is the largest work combining art and nature on an international scale. With no end date in sight, the project has a much more noble goal than celebrating the human ego! More than a work of art, this project is a legacy for future generations.

Drought, deforestation, rising water levels, forest fires… Our planet is susceptible to these devastations more than ever. Many contemporary artists are trying to raise public awareness of these environmental issues. What could be better than art, a universal language, to evoke this subject?

It is impossible not to mention the world-famous artist Olafur Eliasson. He is the master of experimental installations, inspired by natural phenomena, as he’s done famously with The Weather Project.

In another vein, Vik Muniz is known for reusing waste and recycled paper to create his works. Paper, cigarette butts, magnets, toys… Muniz is able to transform any object into a sophisticated medium. In fact, many artists are interested in recycling objects to create works of art.

Another example is Guerra De La Paz, a collective of two Cuban artists. Alain Guerra and Neraldo de la Paz use old clothes to create their sculptures. Their works are striking, and represent the wastefulness of our consumer society vis-a-vis the fashion industry. A very creative way to get the message across!

Others, such as Simon Beck, find even more ways to raise ecological awareness. The British cartographer and cartoonist invented snow art in the early 2000s. With his snowshoes, he draws shapes in the snow and films them with a drone. His artistic approach warns against the fragility of the environment and aims to raise awareness. However, his work has been interrupted due to some avalanche warnings and bad weather conditions.

Land art was the first artistic movement to convey the fragility of nature. Since, artists have travelled through deserts and mountains in search of isolated spaces for creating installations. Sometimes transforming polluted sites, or altering landscapes by moving rocks. Even if an ecological cause is not immediately apparent within all land art, these artists’ approach always convey a desire to create natural spaces, which in turn gives their work meaning.

Today, environmental approaches towards art and nature are very varied. From raising awareness to militant action, representations of ecological issues are everywhere in art fairs and exhibitions. Through their work, artists try to raise public awareness in order to create a better world, placing humanity in harmony with the environment. 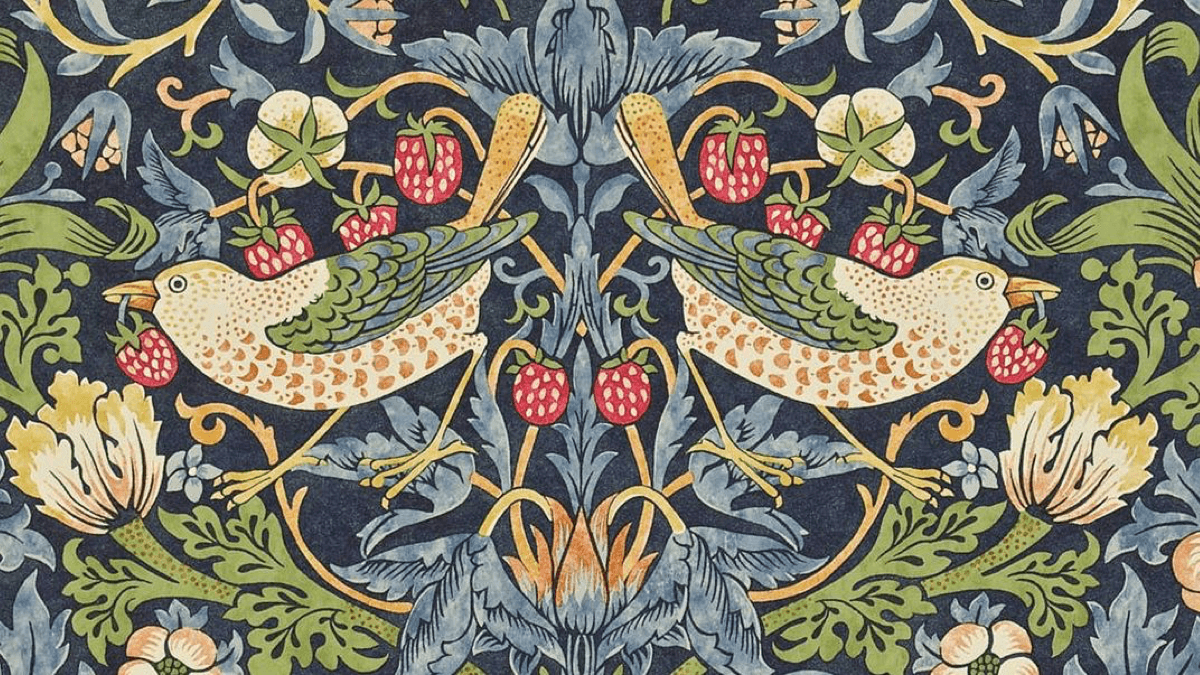 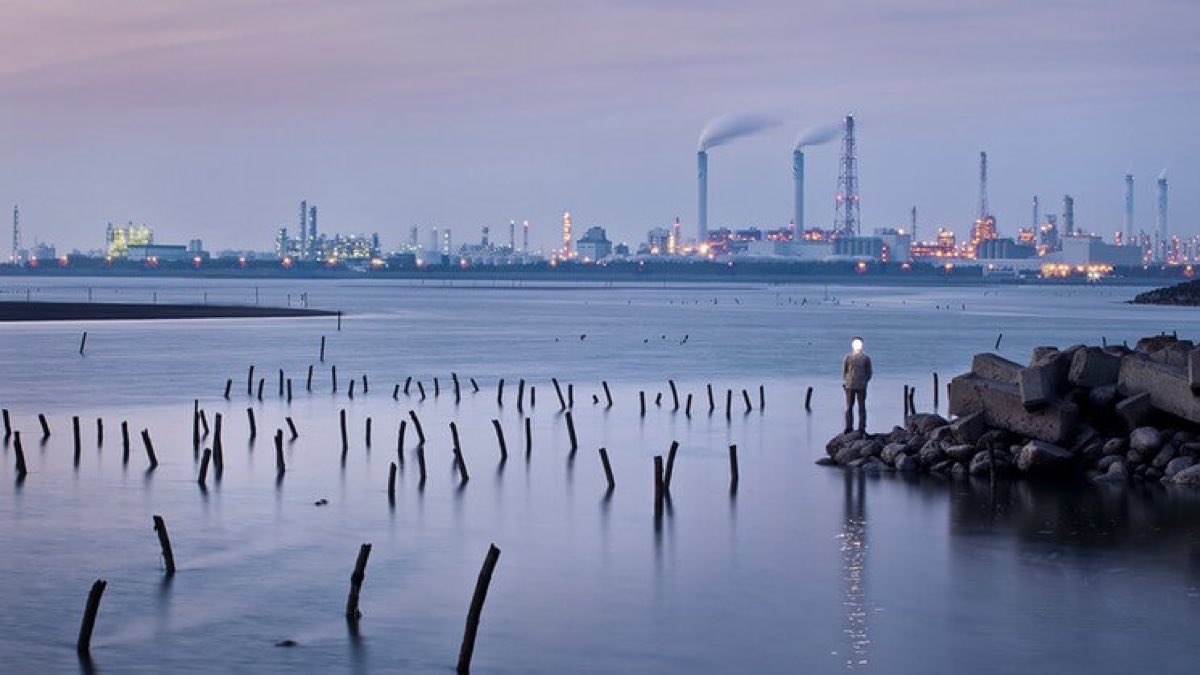 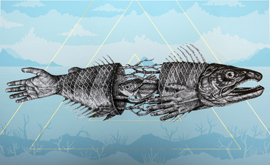 20 Oct 2015
Our Favourite Street Art Animals
Street art animals can be breathtaking, and bring nature into urban spaces. Discover our favorite animals and the people who created them!