Liberty Leading the People was painted in 1830 by Eugene Delacroix right after the revolutionary effervescence that had swept across Paris that same year. Characterised by its allegorical and political significance, this large oil on canvas has become a universal symbol of liberty and democracy. Often used in popular culture to symbolise people’s emancipation from oppressive domination, it is one of the most famous paintings in Art History. Artsper helps you to come to grips with the history and symbolism behind this iconic artwork.

The revolution depicted in this painting is not to be confused with the 1789 French Revolution. Delacroix was inspired by the events of the July Revolution (known as Les Trois Glorieuses” (Three Glorious Days) in French), a political upheaval that took place in Paris on the 27th, 28th, and 29th of July 1830. These violent demonstrations took place as the ruling French King Charles X tried to restrain the freedom of the people by executing a constitutional takeover. Parisians violently protested against the abuses of their individual rights. Rioters took hold of the city and violent fighting ensued, resulting in a high death toll. Charles X eventually abdicated and a constitutional monarchy, the July Monarchy, was established with Louis-Philippe I being made King of the French.

Delacroix wasn’t much of a revolutionary himself and did not take part in the Paris fighting, but rather defined himself as a “simple stroller.” As he wrote in a letter to his brother; “A simple stroller like myself ran the same risk of stopping a bullet as the impromptu heroes who advanced on the enemy with pieces of iron fixed to broom handles.” However, he advocated for liberalism and was struck by a feeling of patriotism and pride as he observed his fellow citizens fighting.

Eugene Delacroix was the leading figure of the French romantic school. He wished to emancipate himself from academic art’s classical ideal and canons. The subject of the painting was a contemporary one, whereas canvases of this size were generally reserved for historical paintings, at least according to the rules of the hierarchy of genres of the Academy. Delacroix stated that he has “undertaken a modern subject, a barricade, and although I may not have fought for my country, at least I shall have painted for her. It has restored my good spirits.” The painter also uses reds and blues, which result in stark contrasts, instead of the more muted colours that were used at that time.

At the centre of the painting, the allegorical depiction of Liberty draws the eye immediately. Represented as Marianne, a symbol of the Republic, the woman coiffed with a Phrygian cap (a nod to the sans-culottes of the French revolution) is leading a group of revolutionaries. Her draped yellow dress reveals her breast and recalls the Greek goddesses of Antiquity. Her profile, a straight nose, plump lips, and a delicate chin are reminiscent of Antique Greek and Roman statues. She is a tribute to Ancient Greece, the cradle of democracy, as well as to the Roman republican tradition. However, Delacroix mixes in modern symbols as she holds the tricolour flag in one hand, and a bayonet in the other. This way, Liberty embodies both the modern struggle and Antiquity’s ideology of freedom.

The painting’s pyramidal structure heightens the fighting’s momentum. The ground is strewn with bodies and, out of the misery and pain, Liberty stands tall on the remains of a barricade, emerging strong and victorious. This rigorous composition contains and balances the painter’s impetuous brushstrokes and creates a striking lighting effect. It is a scene of chaos and energy, filled with smoke and movement, and yet Delacroix’s pyramid successfully creates a sense of order. The painting recalls Gericault’s Raft of the Medusa, that represents violence without idealising it.

In the foreground, there are two notable figures. On the left, there is a man with a pistol tucked into his belt, he wears a shirt but no jacket. His outfit indicates that he is a member of the lower class, and the cockade on his cap proves his revolutionary leanings. The figure right next to the worker wears a bourgeois outfit: complete with a top hat, jacket and vest. Delacroix clearly suggests that people of all classes came together to fight for a better society. The revolution was not about one class fighting another, but it was about the people rallying against royalist oppression.

On the right side of the canvas, there is a young boy, who seems rather wild as he holds not one but two pistols. He is the symbol of youthful insurgents, and his velvet cap and satchel indicate that he is a schoolboy. He may have been an inspiration for the character of the street urchin Gavroche in Victor Hugo’s novel Les Miserables.

The dead bodies of soldiers and citizens on the ground represent the terrible costs of the revolution.These are best summed up by the figure on the left corner, who is nude from the waist down and wears only a nightshirt, implying perhaps that royalists had dragged him from his bed to impart on him a terrible fate. The body is the very close to the viewer, invading our immediate vision.

The painting was purchased by King Louis-Philippe to demonstrate his support of Republican values. However, it was returned to Delacroix in 1939 because the revolutionary ideologies behind the painting became perceived as dangerous and potentially inflammatory. A good reminder of how politicised art was in nineteenth century France. 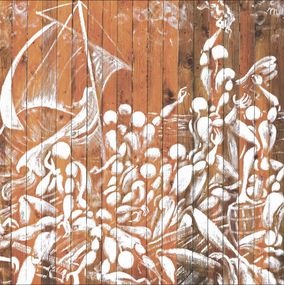 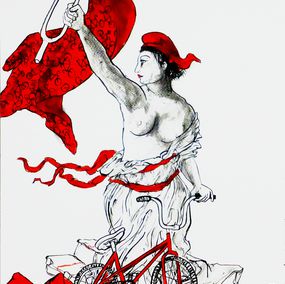 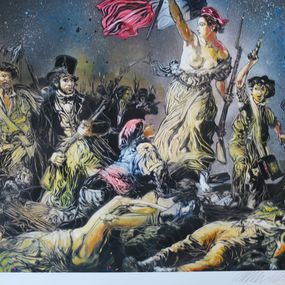 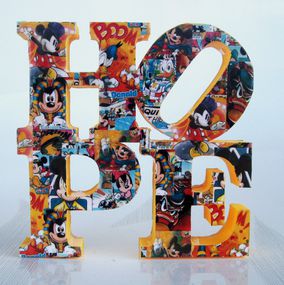 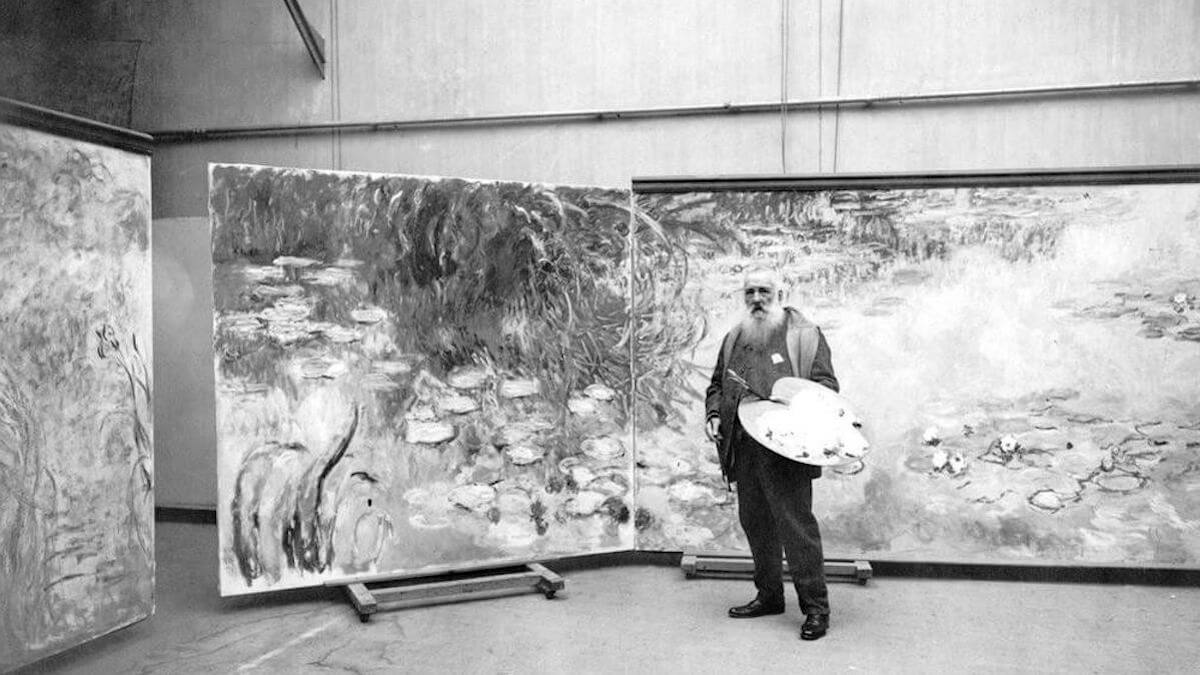 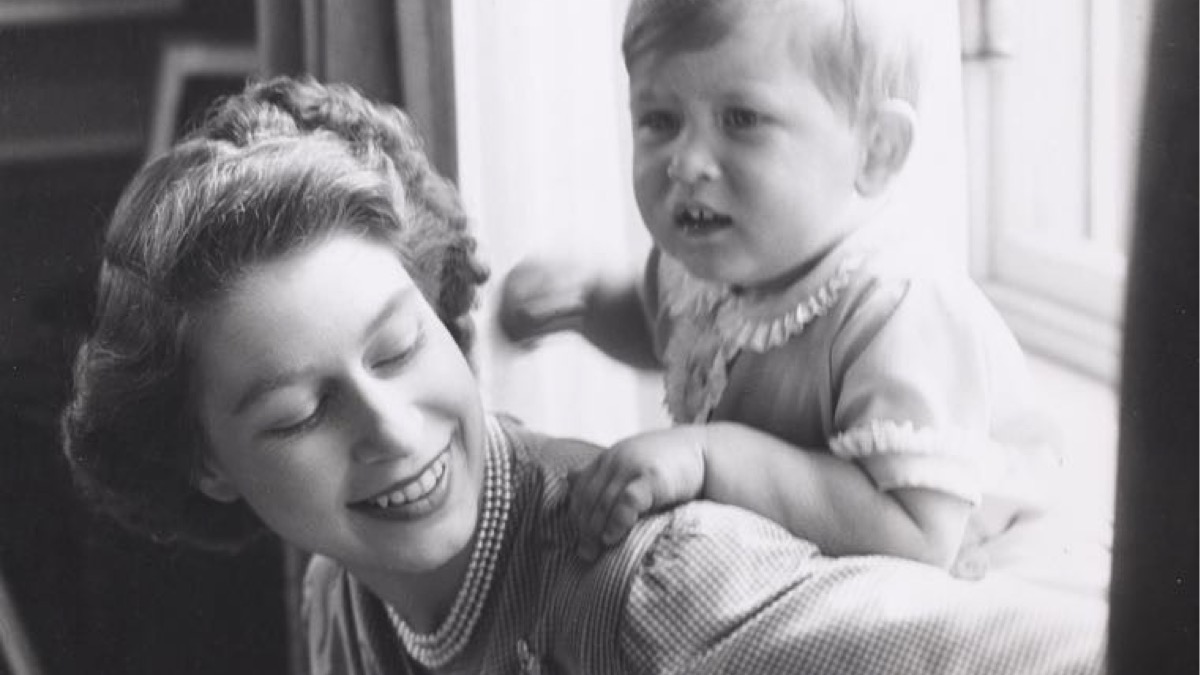