Home > A closer look > 10 Things to Know About Cindy Sherman 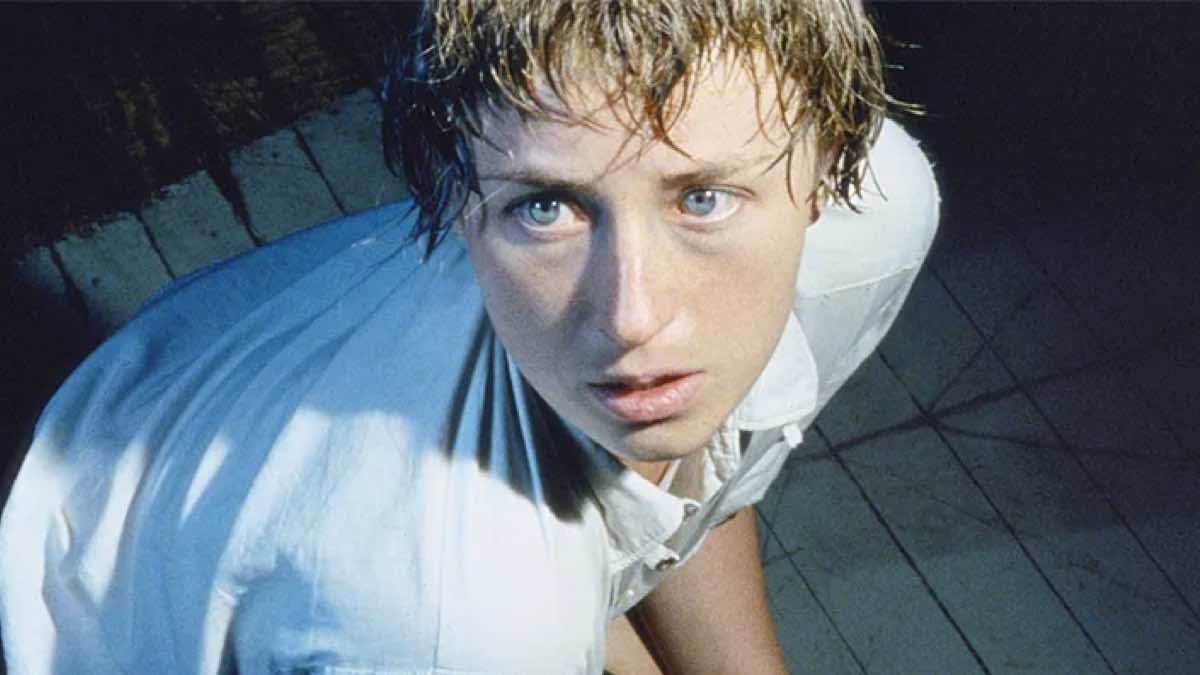 10 Things to Know About Cindy Sherman

Whether you’ve never heard of her before or are here to learn more, Artsper presents 10 things to know about Cindy Sherman. Born in 1954, she is a world-famous photographer. Transformation and calling out stereotypes are central to her work.

1. She started out painting

Sherman went to Buffalo State College to study art in 1972. She soon found painting too restrictive and couldn’t see herself enjoying such an overly-traditional technique. Instead, she tried new methods. In 1977, she switched to photography and published her first series Untitled A-E. These black and white photographs were a series of self-portraits critiquing the American way of life. In them, Sherman disguised herself according to different stereotypes of American women (the businesswoman, housewife and seductress).

2. Transformation is at the heart of her work

The second thing to know about Cindy Sherman is that her work is rooted in transformation. Perfectly mastering the art of deception, she immerses herself in a new setting and theme with every shot. Thanks to wigs, makeup and costumes, she looks completely different. In her series History Portraits/Old Masters she even wore prosthetics to recreate the figures of Madonnas.

3. One person, many faces

If you want something done right, you should do it yourself! Cindy Sherman lives by this principle. Indeed, the vast majority of her photos are self-portraits. However, thanks to her transformations, there are endless ways to rediscover this artist. From the shape of her cheeks to the colour of her eyes; she leaves nothing to chance. Her transformative processes reach such heights that you have the disturbing impression you are looking at someone else.

Although she prefers to remain separate from theory, Sherman’s work is often labelled as feminist. The confrontation of prevalent female stereotypes is central to her work. Through posing and photographing herself in various settings, she calls attention to the objectification of women. The viewer is directly faced with and forced to confront these misogynistic stereotypes. She aims to make people recognise themselves in these situations and become aware of their inherent sexism.

5. She is part of the Conceptual Art movement

Conceptual art was a movement in English-speaking countries in the 1960’s, where the ideas conveyed by a work take precedence over its aesthetic aspect. It evidenced a desire to stop focusing on making things beautiful, but instead making art more ‘interesting’. Duchamp and his ‘readymade’ artworks are part of conceptual art, as is the work of Sol LeWitt. Sherman’s work is in keeping with the movement’s principles. She focuses on the message of her work (feminism and criticism) rather than its beauty to provoke reflection. She tries to be as close as possible to reality instead of embellishing it.

6. Her work is in series

Another thing to know about Cindy Sherman? She works in series. Choosing a specific theme enables her to explore all its aspects. From B-movies in Untitled Film Stills to History Portraits/Old Masters, the photographer explores a wide range of subjects.

One of her most famous series is Clowns (2003-2004). In it, she shows the paradox between their initial festive impression (‘clowning’ and colours) and their melancholy sadness.

7. Her artworks break records with their prices

3.89 million dollars! That’s the price of the infamous Untitled #96 (1981). The photograph was sold at Christie’s in 2011. It ranks amongst some of the most expensive photographs in the world such as Peter Lik’s Phantom and Andreas Gursky’s Rhein II (1999).

Another print of this photo had already been sold for several million in 2010: a feat in itself, since photography is often undervalued compared with other arts. Sherman’s activist world continues to appeal to collectors.

From Balenciaga to Marc Jacobs and MAC, this photographer doesn’t shy from surprising collaborations. At first, you might think that posing in advertising campaigns for luxury products or makeup is at odds with the artist’s work. Indeed, advertising is often seen as promoting stereotypes.

In reality, Sherman always takes an unconventional approach to surprise (and seduce). In 2007, the artist dressed up as a middle-aged model in a tabloid-esque photoshoot for Balenciaga. The shots shook up the fashion world. Similarly, in 2011 she created three characters for MAC. A far cry from the usual slender, silky-haired creatures in magazines, she made no attempt to beautify herself, preferring instead to unsettle viewers. Was it a clever marketing trick or a stroke of creative genius, who knows?

9. A brilliant and long-awaited retrospective at the Louis Vuitton Foundation

A world-famous artist, but with few retrospectives organised across the world. Most exhibitions dedicated to Sherman have taken place in the US, like at MoMa in 2012. Apart from an exhibition at the Jeu de Paume in 2006, the French haven’t had the opportunity to see her work in person. Luckily, the Louis Vuitton Foundation have chosen to amend this by planning an exhibition on Cindy Sherman which should be open from 2nd April to 31st August. It will be the largest organised in Europe for 10 years. This is a much-awaited event since more than 170 works from across all her series will be shown. What’s more, with a period spanning from 1975 to 2020, there will be several recent and unpublished photos. After this exhibition you’ll be sure to know everything there is to know about Cindy Sherman!

Already looking forward to the exhibition? While you’re waiting, why not check out her Instagram account! Another great thing to know about Cindy Sherman is that she’s very active on social media. This time she’s back with selfies – the ‘new’ self-portrait. Staying true to her style, she posts original photos which she edits using photoshopping apps to transform herself. She has successfully appropriated the conventions of social media, all the better to criticise them. Still bold and hilarious at her age, this artist has lost none of her creativity.