It is well-known that Paris is overflown with architectural treasures, provided that we know where they are… Beaux-Arts Magazine published a very useful article in its April edition, taking an inventory of every places where we can find art in the Paris open air. Because there are too many streets and buildings in front of which we walk distractedly, we decided to offer you a recap of our 8 favorites.

After more than 30 years of absence, the Louxor reopened yesterday. Opened in 1921, the most ancient cinema of Paris was closed in 1983 to be transformed in a nightclub and then abandoned. However, at the instigation of the 10th district mayor, Rémi Féraud, the mythic cinema was reborn with the aim of regalvanizing the Barbès district. Go visit the corner between Magenta and Barbès to admire this unique Art Déco work and its néo-egyptian frontage decorated with glimmering cobras and papyrus flowers. 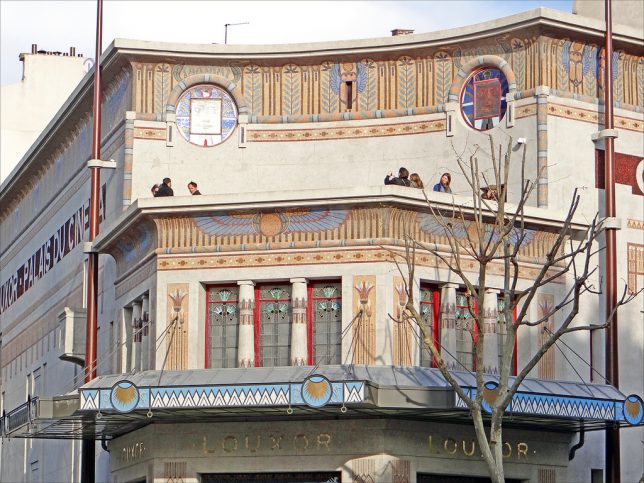 Then, on 59 rue des Martyrs, discover a private pathway of hôtels particuliers. On number 11th of the Cité Malesherbes, you will find the building previously occupied by painter Pierre-Jules Jollivet: with a glimpse to the frontage, you will admire some signs of enamelled lava representing biblical scenes. Because considered as shocking at that time, they were put aside and were then re-established in 2011 in the eyes of everyone.

3. “L’Arbre des Voyelles” at the Tuileries

By contrasting with the regularity of the Jardin des Tuileries, the incredible work of art of Penone, a bronze sculpture representing an uprooted tree, can be seen by all the walkers. Suprisingly, art sometimes plays hide-and-seek in Paris.

Rue du Temple, de la Verrerie and almost everywhere in Paris, watch out for the road signs changed by Clet Abraham. We haven’t found all of them yet so do not hesitate to send them to us if you catch sight of them! 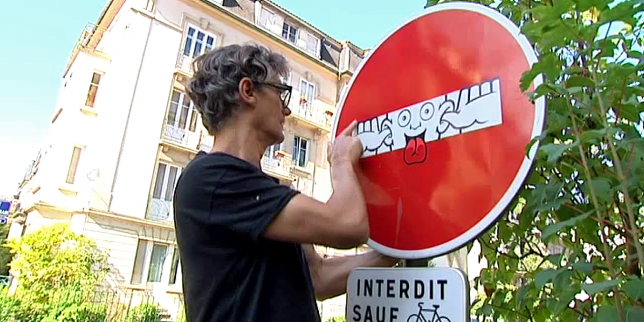 Last week, the Japanese Tadashi Kawamata inaugurated the wooden sculpture “Collective Folie”. This huge tower is the result of a constantly evolving communautary work, in which everyone can participate. 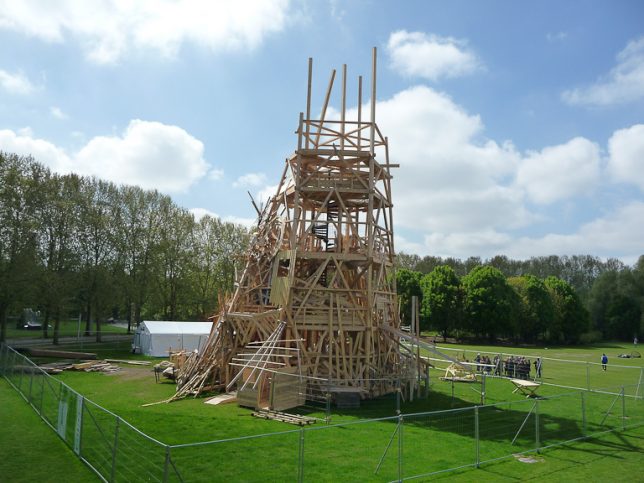 Rue de Courcelles, a red pagoda breaks away from the usual parisian landscape. In fact, this former hôtel particulier is today a gallery specialized in asian art. 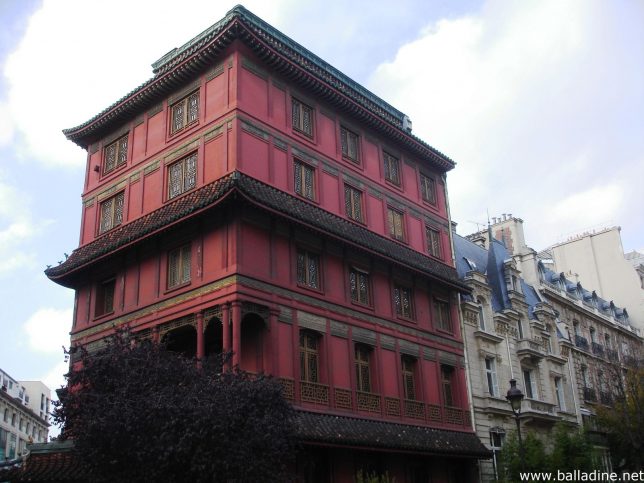 Now, if you are familiar with the 13th district, you must have already come across the huge faces sculpted by Vhils in the concrete. But the district is overflown with similar marvels of Obey, ZED, Maher & Aner or Ethos. At the crossroad of rue Jeanne d’Arc and Boulevard Vincent Auriol, you can admire the 40-meter portrait of a woman realized by Obey. 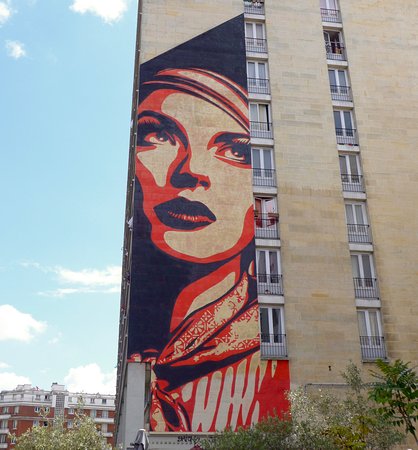 8. The JonOne Fresco for Abbé Pierre

At the Square des Deux-Néthes in the 18th district we can see artist JonOne’s fresco representing the famous Abbé Pierre’s call in 1954. Indeed, there is many frescos hidden in the Paris Underground. It’s your turn to find them!