Street art in Paris has never been more alive and dynamic than it is today. The mid-1980s saw a boom in the number of street artists and street art within the city. Since then, the art movement has thrived not only on the streets but off, such as in museums and galleries. Home to artists such as Miss Tic, Jef Aérosol, Zevs, JR, Blek Le Rat, and M.CHAT, it’s no wonder that Paris is one of the best cities to discover new street art.

To help you in your search, Artsper has compiled a list of the top 10 places to look in Paris. Have fun exploring!

In the north of Paris, the Canal St. Denis is home to a great number of murals and wall art. Stretching from the Stade de France to La Villette park, a stroll along the canal is sure to dazzle all. The Street Art Avenue project was launched here during the 2016 Euro Cup. As a consequence, you can now find beautiful artworks on incredible buildings created by local artists and collectives. There is even the chance to take a guided tour or a mini-cruise along the canal, offered by the city’s tourist office.

The 20th arrondissement is packed with street art, with many considering it the pioneering neighborhood for the art style. The area has guided tours, often led by locals who are passionate about street art. Make sure to explore every corner, from Dénoyez road to the Gazebo in the Belleville park, in order to fully discover the hidden gems in this part of the city.

On the opposite outskirts of the city, the roads of Vitry-sur-Seine in the south of Paris are home to a vibrant street art scene. The famous street artist Christian Guémy, also known under his pseudonym C215, opened up his workshop in the neighborhood in 2007, and since then the suburb has become the residency of other internationally celebrated artists, such as Cope2 and Bebar.

The Centre Pompidou, a hub of art and culture by itself, is host to numerous nearby outdoor murals. One of these is the iconic Jef Aérosol artwork which depicts a man who could be mistaken for Dali, but is in fact the artist himself. The artwork neighboring it is that of Shepard Fairey, also known as OBEY, which features his instantly recognizable style.

Oberkampf is known for being a hub for its artsy happenings and its urban-chic aesthetic. The Oberkampf Wall, located at 107 rue Oberkampf, is a must-see for street art fans whilst in Paris. The wall changes each month, with artists working over previous pieces, so you can easily catch a glimpse of a street artwork being made live! With street artists arriving from all over the world to contribute, this is not one to miss.

If you ever happen to be outside of the Stalingrad metro station, it’s worth taking a small detour to see this incredible mural. On 238 Boulevard de la Villette, street artist Yann Lazoo has created this stunning artwork. It is enormous and features some electrifying colors that are sure to delight.

Montmartre has a deep-rooted artistic history, as the inspiration for French painters such as Henri Toulouse-Lautrec and Auguste Renoir. The district is still very much alive with street art hidden around the corner from popular tourist destinations. Keep an eye out for artworks by famous artists like Gregos here!

The Boulevard 13 Project is the name of a collaboration between 22 street artists from international backgrounds. With big names such as C215, Invader, and Shepard Fairey, this wander through the 13th district of Paris is sure to dazzle street art lovers. Keep your eyes peeled for the 32 murals here, although their size and vibrance will make them hard to miss!

9. A wander along Rue de Ménilmontant

The road along Ménilmontant as well as other parts of the 20th district extending up to the 19th are great spots to look for street art. One of the most famous murals here is one by artist Jérôme Mesnager, whose iconic white silhouettes can be found all around the area. The most famous mural, C’est nous les gars d’Ménilmontant, depicts a group of these white silhouettes dancing in a circle. This is to pay tribute to the musical heritage of this district, which was home to artists such as Edith Piaf.

And lastly but not at all least, take a wander along the longest wall art mural in Paris. Created in 2015, Rosa Parks fait le mur or the Rosa Parks wall has amassed artworks along its 500 meters length. It crosses through the 18th and 19th districts and features artwork by Kashink, Pboy and Zapha. A peaceful stroll along this charming path is sure to delight.

And there you have it, Artsper’s top 10 areas in Paris to find street art. Keep an eye out for these stunning murals and the artists creating them next time you find yourself in the city! Where will you explore next? Want to know more about the street art around the world? Maybe you’re looking for more inspiration and should check out our article on finding street art in London, and take your search to an international level… 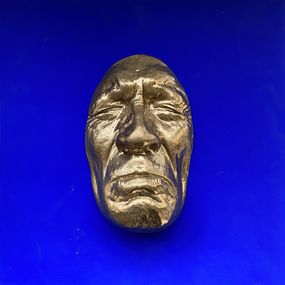 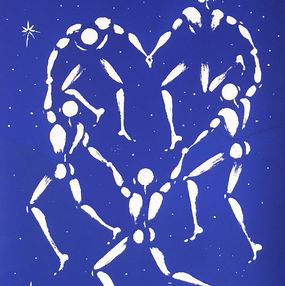 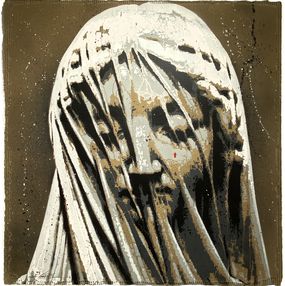 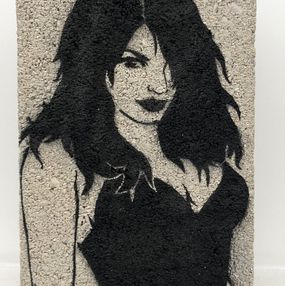