FIAC offers the opportunity to see into some of the world’s most influential galleries, such as Larry Gagosian and Marian Goodman in New York, Daniel Templon, Emmanuel Perrotin, and Thaddeus Roppac in Paris, and of course the White Cube in London! But who are this year’s Must See artists?

Théo Mercier, Evariste Richer, Florian and Michael Quistrebert, and Julien Prévieux are the four nominees for the Marcel Duchamp Prize. The work of these four nominated artists will be displayed and the winner will be announced at the Grand Palais on Saturday the 25th of October. The winner will receive a 35,000 euro financial endowment from the ADIAF (Association pour la diffusion internationale de l’Art francais), which will also offer 30,000 euros towards the production of the artistic work, and the artist will feature in an exposition in the 315 space of the Pompidou Centre in the autumn of 2015. The 2013 winner was the visual artist Latifa Echakhch, represented by Kamel Mennour.

Visit Berlin’s Neugerriemschneide Gallery’s stall to admire the spectacular installation made entirely of lights, by the Danish artist Olafur Eliasson. 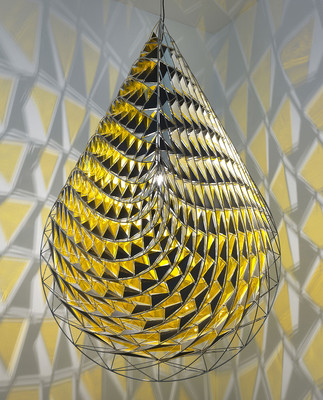 The Niki de Saint Phalle retrospective at the Grand Palais unquestionably sets the pace of this artistic Autumn. Best known for her « Nanas » done in papier mâché or in resin, these voluptuous and violently coloured feminine figures are presented as free and joyful, yet at the same time combative and sexy. La Fontaine aux Nanas is one of the earliest works by this artist; a copy can be found in the Tarot Garden in Italy. 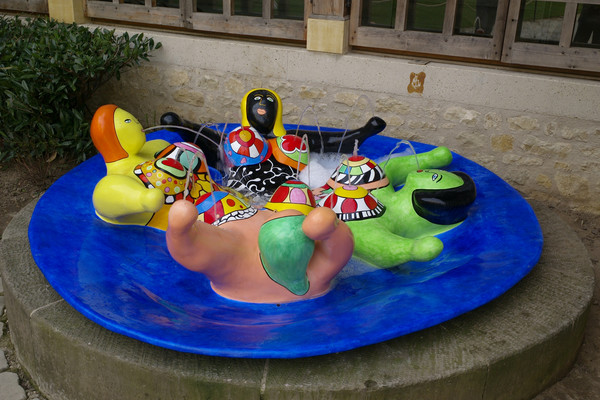 Didier Marcel will present an almost poetic work at the Jardin des Plantes. Entitled “Rosée,” it could not have been achieved without the support of Swarovski. Composed of pearls and crystal drops of different sizes, it will be displayed in the rose garden. .

Camille Henrot is a French artist whose work quite often unites anthropology with history. The Prix du Danger, No 5, inspired by the eponymous film, features a metallic airplane wing posed vertically in the manner of a totem, in the Tuileries garden. This object, which she “reappropriated,” is perforated with Nigerian tribal motifs and others taken from Germanic heraldry. 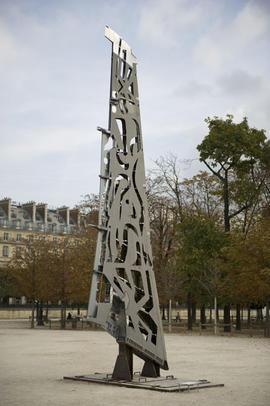 Known for her self-portraits, Cindy Sherman. Her photographs, in which she dresses herself as many different characters, are known worldwide and make her one of the most important artists in postmodern photography. 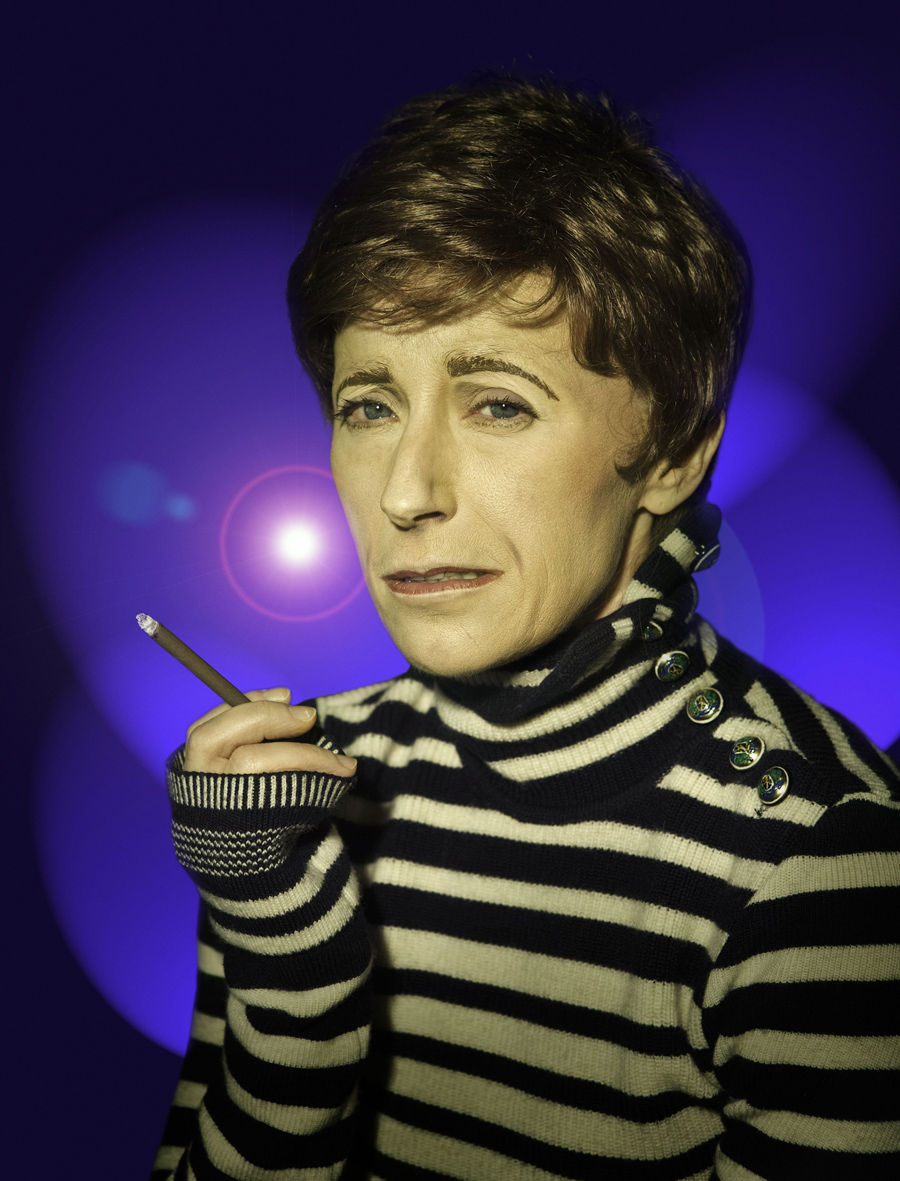 Kusama is a contemporary Japanese artist who created her earliest works in the 1950s. They originated, she says, from childhood hallucinations. Her works are built around recurring themes, such as peas, which would become her trademark. 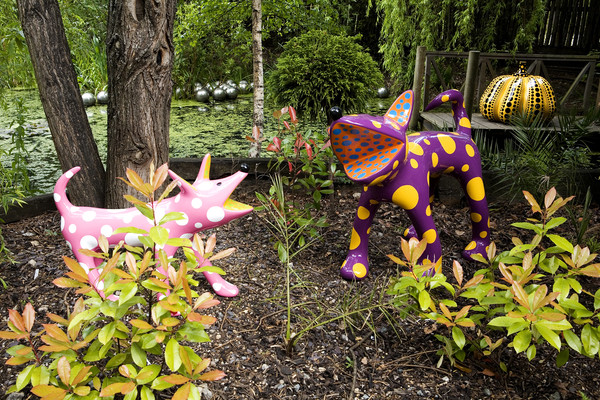 You must surely know the chocolate sculptures made by this Californian artist, or at least you have heard of his 24.4 metre Christmas tree sculpture that was vandalised last week in the Place Vendome. This year, you will not find any works by Paul McCarthy in the hall of the Grand Palais. Rather, he will have his own exhibition at the Monnaie de Paris from the 25th of October.

Le Corbusier presented by the Zlotowski Gallery, Magritte by the Vevodi Gallery, or Man Ray by the Gallery Francoise Payiot are the artists you will want to see again and again.