The Japanese art of mending ceramics with gold is an old tradition called Kintsugi. It dates back to the 15th century and consists of highlighting the cracks and the breaks in ceramics. With lacquer and gold, the object’s scars come to life. They become an ode to the passing of time, to imperfection. With Artsper, immerse yourself in the art and Japanese thinking of Kintsugi…

The origins of the Japanese art of mending ceramics with gold

According to legend, in the 15th century, Shogun Ashikaga Yoshimasa once broke a Chinese tea bowl. He then sent it back to China to have it repaired, but it was sent back sutured with displeasing staples. The technique, first seen in Ancient Greece, was customary in Japan and elsewhere. Yoshimasa then asked his artisans to instead invent the Japanese art of mending ceramics with gold.

In the 15th century, Japan was still under Chinese influence, but the sophistication of Japanese culture continued to grow… Under the influence of Shogun Ashikaga Yoshimasa and his successors, the country invented a new way of life: the Higashiyama culture. Derived from a current of Zen Buddhist thinking, it promoted the development of the tea ceremony, the art of flower arrangement (ikebana), nô theater, and Chinese ink painting.

In this Zen culture, the art of mending ceramics with gold faced a rapid growth… So much so that some unscrupulous collectors, attracted by the beauty and philosophy of Kintsugi, intentionally began to break some ancient ceramics of Japanese art so that they could be mend with gold.

Kintsugi is far from being a simple mending technique, it is a way of thinking, a way of life, an aesthetic. The Japanese call it wabi-sabi. This worldview is based on the acceptance of imperfection. Even more than accepting it, it is about sublimating it, seeing beauty in it. It’s a  beauty that rests on three pillars: everything is imperfect, impermanent, and incomplete…

The term wabi-sabi cannot be literally translated into English. Wabi originally referred to the loneliness of life in nature, and by extension rustic and simple things. While sabi designates tranquility, nostalgia, the beauty of time and old age…

This philosophy of wabi-sabi is at the origin of Kintsugi and is of utmost importance in Japanese culture. As important as Greek’s thinking of beauty and perfection may be to the West. Wabi-san, and therefore Kintsugi, becomes a form of ideal, a path to enlightenment. Even today, Japanese culture is filled with this wisdom  of accepting the fatalities of existence, and of magnifying them.

The importance of the tea ceremony

The wabi-san aesthetic finds arguably one of its best illustrations in the tea ceremony and the art of ceramics. This is where the Japanese art of mending ceramics with gold was born.

The service of tea in Japan indeed follows a whole set of rules and codes. Only an experienced practitioner is able to perform this ceremony correctly. It requires patience, meticulous gestures, calm and unfailing silence.

Each object within this ceremony takes on a symbolic and ritual value and the ceramics used for this ceremony are the most important. They should be simple, unpretentious and humble. But connoisseurs know how to spot traces of great know-how in this simplicity. If one day the object breaks, there is no question of throwing it away. No, we entrust it to a Japanese craftsman who will know how to mend it with gold, and thus sublime its cracks and its history.

In Japanese art, the Kintsugi technique of mending ceramics with gold is relatively simple. It comes from the maki-e technique, that is to say the decoration with golden lacquer.

Once the ceramic is broken, it is reassembled with lacquer or resin. Thus, the broken pieces are reattached together, with a minimal overlap. A gold dust is then applied which fixes to the lacquer, and thus gives the break its golden hue.

Sometimes an entire part of the ceramic is missing or completely broken. So the entire addition is done with gold, or with a mixture of lacquer and gold.

But the Japanese art of mending ceramics with gold can go even further. It is not excluded that the craftsman will take a piece from another ceramic, not matched but of similar shape. This piece is then assembled with the original ceramic, creating a patchwork effect. The object then acquires a richness and an even vaster history…

Today, Kintsugi is celebrated around the world. It has crossed the borders of Japan. Museums such as the Metropolitan Museum in New York, or the Smithsonian, have already devoted exhibitions to it. Contemporary artists and designers have also looked into this technique.

British artist Karen Lamonte does not hesitate to use Kintsugi to mend pieces of fabric together in her fashion designs. She creates a striking effect of refinement strongly inspired by Japanese culture. It’s a technique that Charlotte Bailey also applies in certain vases that she sublimates with the Kintsugi.

We can also think of the New York designer George Inaki Root, who created a line of jewelry called Kintsugi, and which involves several techniques from this tradition. Or Victor Solomon who was inspired by the practices of Kintsugi to repair a fractured basketball court in the south of Los Angeles in 2020. It was a way of evoking the social fractures at work in these neighborhoods, and also to coincide with the restart of the NBA season after the interruption due to the Covid-19 pandemic.

The Kintsugi is also very popular with the amateur public. It becomes a metaphor for reconstruction after difficult events. The loss of a loved one, the loneliness due to successive confinements, or the simple desire be introspective of one’s own cracks. They all become an opportunity to find in the Japanese art of mending ceramics with gold a form of comfort and serenity. 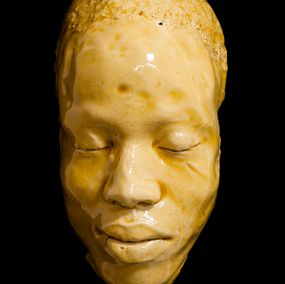 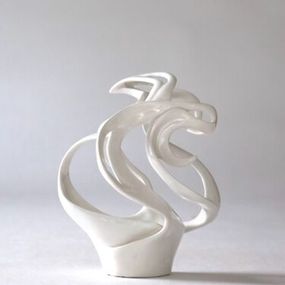 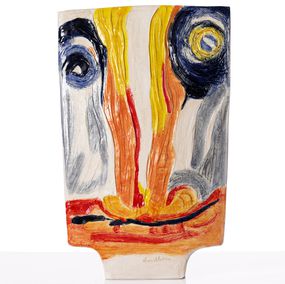 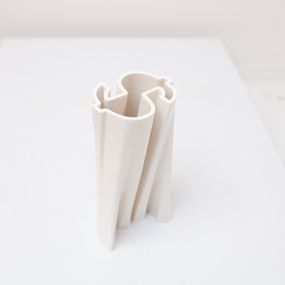