Italy is the ancient ruins destination per se, and Rome in particular flashes colosseum and Renaissance in everyone’s mind. But the city does not only live in the past ! So if you get bored in the line at the Sistine Chapel, explore one of the many spots for contemporary art Artsper has selected for you ! 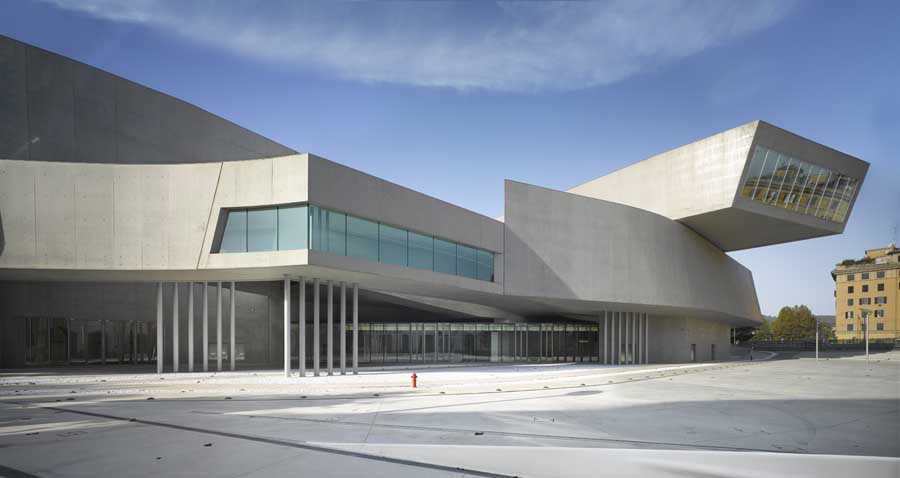 The MAXXI (National Museum for 21st century art) opened in 2010 in a modern structure of glass, steel and concrete designed by Anglo-Iraqi architect, Zaha Hadid. It was the first Italian national museum exclusively dedicated to contemporary art.

Its permanent collections include pieces by the Napolitano painter Francesco Clemente, Alighiero Boetti, William Kentridge, Mario Merz, Gerhard Richter and the British painter Anish Kapoor, to name but a few. It was recently endowed with about 58 works from the Milanese art collector and historian, Claudia Gian Ferrari.

Even though its collection is still growing, the MAXXI annually organizes impacting exhibitions such as the one on Michelangelo Pistoletto in 2011.

Currently on view, « FOOD DAL CUCCHIAIO AL MONDO » (May 29th– November 8th): an exhibition that tells us how food crosses, changes and influences bodies, houses, streets, cities, and the landscapes of the entire world. 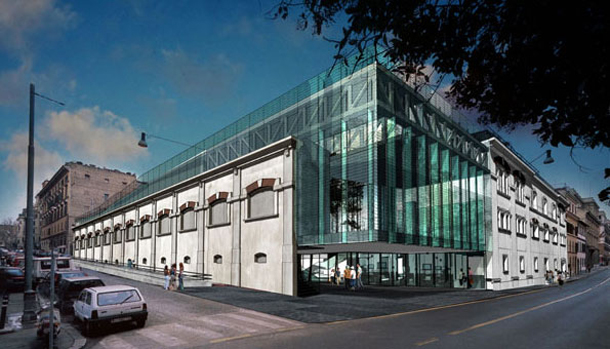 Also inaugurated in 2010, the MACRO is the second major contemporary art museum Rome opened in order to get up to speed on today’s art scene. A little more playful and fun in its approach, the MACRO hosts collections spanning from the second half of the 20th century to the youngest generations of street artists, with a wide range of international Italian contemporary artists such as Mimmo Rotella, Ettore Colla, Gastone Novelli, Nicola Carrino and Lorenzo Guerrini, and Pietro Consagra.

On view this summer, SIMON MA “Beyond Art with Love” (June 25th-August 23rd), the first exhibition in Rome on the Chinese artist Simon Ma, one of the main figures of the contemporary Chinese art scene. For this show, he gives his own interpretation of love through a series of in situ installations.

The National Gallery of Modern and Contemporary Art, open since 1883, is dedicated to modern art from 1840 to 1970 with some highlights of contemporary art.

With more than 4,400 paintings and sculptures, some 13,000 drawings and engravings of 19th and 20th century artists, the GNAM holds the largest modern art collection in Italy. Among its collections are some famous Italian artists such as Giacomo Balla, Umberto Boccioni, Giorgio de Chirico, Amedeo Modigliani, Giorgio Morandi, and Lucio Fontana as well as international names like Marcel Duchamp, Georges Braque, Edgar Degas, Wassily Kandinsky, and Jackson Pollock.

Currently on view is a show entitled « Corporate Art – L’azienda come oggetto d’arte » (June 26th – October 11th) curated in collaboration with pptArt, the first crowdsourcing platform in art, whose purpose is to highlight the renewed relationship between art and the business world and artistic creativity in the field of marketing, social responsibility and corporate communication. 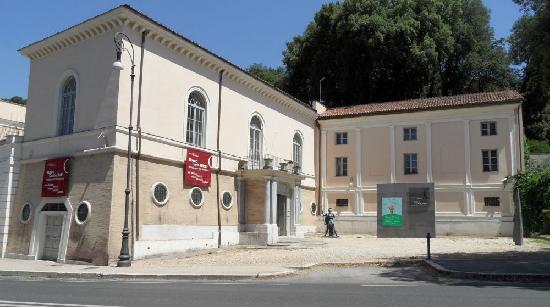 The Carlo Bilotti Museum hosts the body of work given by Carlo Bilotti, a passionate collector, to the city of Rome. Bilotti’s collection was built over years of personal relations with some of the most prominent artists of his time. The permanent collection includes works of Giorgio de Chirico, Gino Severini, Andy Warhol, Larry Rivers and even Giacomo Manzù.

On view this summer, a show on “Yves Klein, Sidival Fila, Tito” (July 8th – November 11th) tackling the work of the 3 artists through the angle of spirituality.

The Giorgio and Isa de Chirico Foundation is headquartered inside the artist’s former home and was founded in 1986 thanks to Chirico’s widow and Claudio Bruni Sakraischik, curator of his catalogue raisonné.

Chirico’s apartment, now turned into a house-museum, was the artist and his wife’s home for 30 years and remained the latter’s until her own death in 1990. Open to the public since 1998, the house offers a unique insight into Chirico’s intimate and daily environment.

The foundation’s mission is to promote and preserve the intellectual and artistic legacy of Giorgio de Chirico, an artist mostly known for his affiliation to the surrealist movement, painter as well as sculptor, writer and theatre set designer.

On top of a unique collection of Chirico’s works given by his wife Isabella, the foundation is home to many archival documents and photographs. It frequently organizes shows on the artist’s life throughout the year. 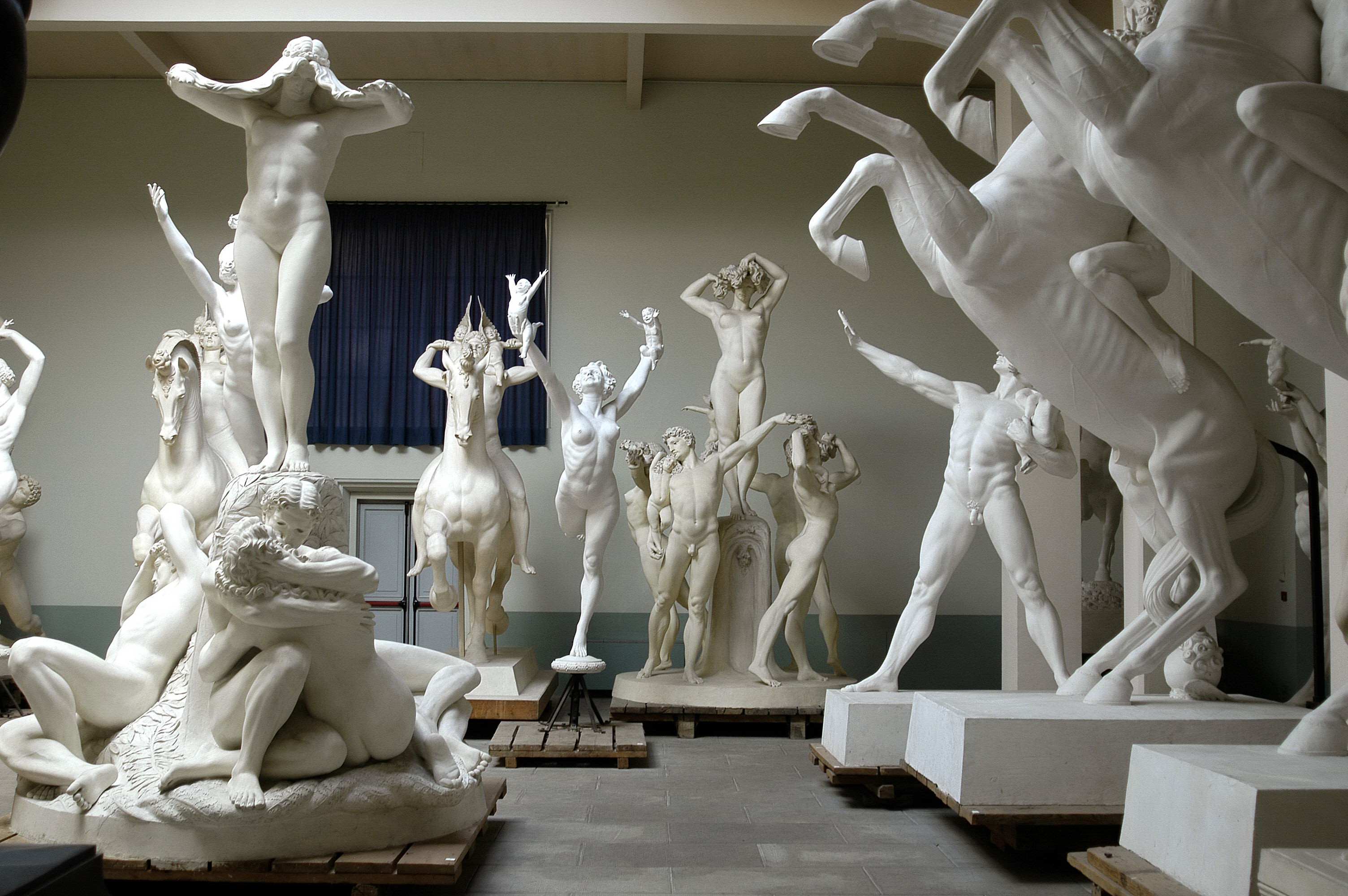 The museum’s collection amasses to over 200 small, medium and large format sculptures in plaster and bronze, over 200 paintings, and over 300 graphic works, almost all centered on the utopian idea of a great “World City”, destined to be the international headquarter for the arts, sciences, philosophy, religion and physics – a utopian vision he worked on with the French architect Ernest Hébrard.

On the first floor of the museum is the apartment of the artist, which serves as an exhibition space for the museum’s collections as well as temporary exhibitions dedicated to foreign artists from the 19th century up until today. 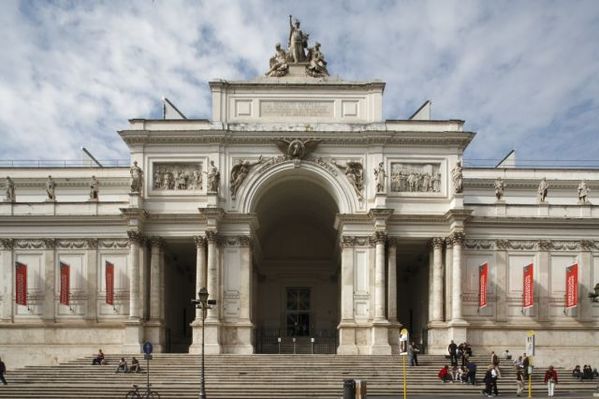 The Palazzo delle esposizioni is the largest cultural center of Rome with 10 000 square meters and 3 stories. On top of a cinema, an auditorium and a forum, this building offers a variety of major cultural events thanks to avant-garde technological displays and partnerships with big institutions all over the world.

Currently on view: an exhibition on the American photographer David LaChapelle (David LaChapelle Dopo il Diluvio, April 30th – September 13th), who was deeply impacted by his visit of the city in 2006. It is one of the most comprehensive retrospectives ever dedicated to the artist with over 100 artworks, among which a lot of large-scale pieces and some that have never been exhibited before. 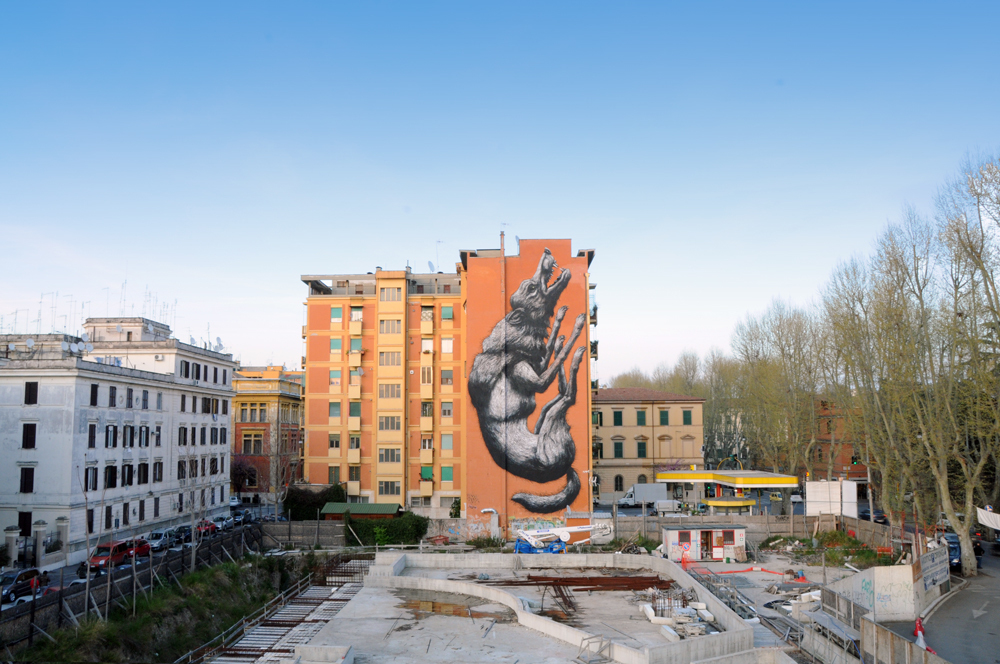 Because art is not only limited to the four walls of lavish buildings, why not breathe some fresh air and continue to be visually stimulated ? Street art tours are a booming concept in every major capital cities, and even though the street art scene in Rome has been struggling for years to assert itself, today, it has become an attractive destination for international artists and even formal institutions are beginning to recognize the presence of many talented artists in this genre of art.

In authorized, and often unauthorized public spaces in Rome, you will find some big names such as Lex & Sten, Herbert Baglione, Blu, Ozmo, Agostino Iacurci, JB Rock and more.

Street art tours are a great way to explore beyond the conventional touristic routes and into the more authentic parts of the town in order to learn about a city in a brand new way! 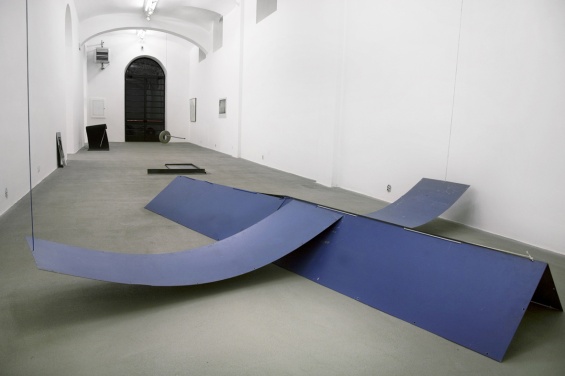 The Giuliani Foundation for contemporary art is dedicated to the promotion, research and exhibition of contemporary art. Established in 2010 by a collecting couple, Giovanni and Valeria Giuliani, the foundation focuses on new technologies and upcoming Italian and international artists through 3 annual exhibitions. On top of on-site solo shows, the foundation also supports artistic projects in Rome and abroad.

The Giuliani collection is often at the starting point of the exhibitions the foundation organizes in order to instaure a dialogue between guest contemporary artists and the Giulliani’s ongoing collection. 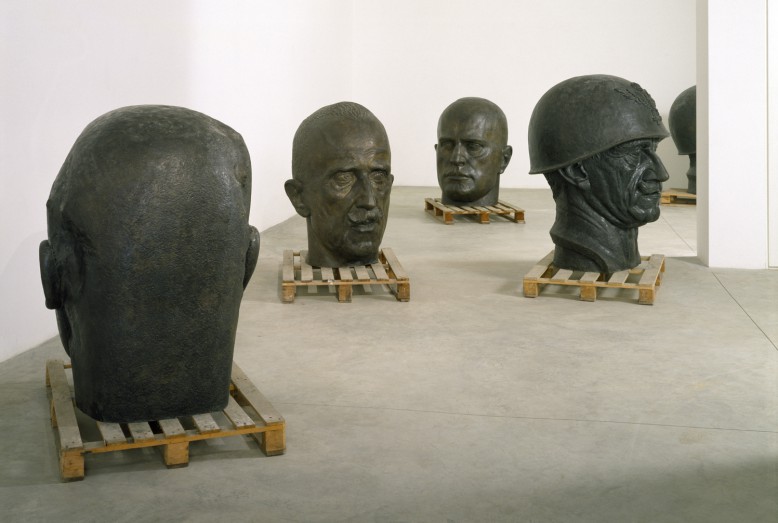 The Nomas Foundation was created in 2008 by another collecting couple : Stefano and Raffaella Sciarretta. It supports contemporary art research through exhibitions, lectures, and talks in collaboration with schools from different regions of Italy.

Its mission is to reflect the state of today’s creation by focusing on the analysis of critical and emerging practices on an international level. The Nomas Foundation is a mobile, flexible organism, capable of taking in differences as a value to be fostered and promoted. Mobility is the common denominator of its experimentation, opportunities, cultural exchange, and research.

The program is structured in different sections: exhibitions that involve collaboration with national and international artists, talks and seminars with prominent figures of contemporary culture, and research and educational activities in collaboration with local schools and art academies.