Having deciphered three artworks created during lockdown, Artsper continues its reflection on how artists are living during the current situation. This time we are offering three new artists’ impressions and analyses of works whose themes echo what we are currently going through, as explained by their creators. We take a fresh look at these artworks, understanding how their subjects would be interpreted today.

A personal and moving work: Sans-Logis by C215

Let’s start with a painting by street artist C215 that addresses the issue of homelessness. Even though this work is not recent, the subject continues to be urgent and complex. It’s an unusual issue that has always inspired artist C215: ‘this is a work that dates back several years, in fact this theme has always inspired me and I even put together an exhibition two years ago on the subject. I portrayed a homeless person for the first time 13 years ago, initially I wanted to raise awareness of their presence. The problem has evolved a lot since then, today in France refugees represent a large proportion of the homeless population, which is not to be ignored’.

It is a work that resonates differently still in light of the lockdown, because as the artist explains ‘they are exposed to the disease, far more so than us who are lucky enough to be isolating in good conditions’. Moreover the artist confides in us that he would treat this subject in exactly the same way today because ‘the problem is universal and more topical than ever’.

Made up of shades of brown on a wooden plank, this work is reminiscent of the materials and colours that can be found on the street. It is highly representative of C215’s typical work as he explains how he works ‘by creating stencils and stencil combinations by hand, there is no digital work’. Here, the street artist delivers a work that appeals to us, especially in the sideways look of the character and his position, as if frozen in full movement. Despite the choice of subject, inescapably politically engaged, the artist wishes above all to leave everyone to interpret and understand it in their own way.

‘It’s up to each person to make up their own mind about the emotion that it arouses within them, if anything at all, because an emotion can not always be confined to words, it can stealthily escape. I want people to feel exactly what they want, personally I try to ignore the judgements’ says the artist.

A rather difficult subject that nevertheless was met with real appreciation, to the great surprise of the main interested party: ‘it’s a rather surprising theme, I didn’t think it could be the subject of collections at all, and yet it’s one of my most requested themes by collectors. One of my works on this subject, made on a letterbox, is even exhibited at the Musée de La Poste!’.

If you too are touched by the subject, take a look at his works on Artsper. C215 is represented by La Galerie Urbaine in Uzès, with which he has been collaborating for years and supports both upcoming and prestigious artists such as Invader, JonOne and Robert Combas.

Both enigmatic and imaginative, Ibrahim Ballo’s painting is an invitation to travel and to reflect, as he himself explains: ‘my source of inspiration comes from my questioning of the links that unite human beings and their dreams’.

In this work, created in Mali, the artist seeks to express feelings so violent that they provoke, in his character, a paradoxical feeling of anxiety and calm: ‘created in 2019, in my country Mali, cruelly in crisis, this work speaks of the fury that imposes upon silence’. It is a work that expresses loneliness through this man, naked and alone, sitting on a traditional-style mat. Each thread of cotton fabric on the canvas is like a bridge to the figure, a point of attachment that only needs to be grasped to allow the dialogue to flow and is the symbol of ‘what is essential to human beings, their mutual bonds’. A message full of ambivalence and nuance, reflecting the very image of the crisis we are currently experiencing.

Moreover, the red bandage over his eyes draws our attention to the question, does this red patch on his face represent confinement or an opening? According to the artist, ‘it blinds the subject and expresses the obscurantism that plagues the world. But hope lies beneath each of these woven dots that they can once again connect people’. This piece is simultaneously very personal, yet also universal. Indeed Ibrahim Ballo tells us ‘my character retains his ability to move. He is waiting, in the hope of a possible future’.

A message of hope that echoes what we are all going through today, as the artist concludes: ‘our common future has been seriously disrupted at the moment by the Covid-19 pandemic. I wanted to bear witness. There is no longer any question of waiting. We must act, raise awareness of preventive measures. This is what my two new paintings want to express: Le chasseur à la flûte, in which the character calls on children to be careful in reference to the tale ‘The Pied Piper of Hamelin’ and Prévenir’.

Find these two artworks and others by Ibrahim Ballo on Artsper. He is represented by SAGA gallery in Lille, which raises awareness of the arts, welcomes local and foreign artists and promotes the work of African artists.

A politically engaged and troubling work: Portrait Of A Super Virus by R. Wayne Reynolds

R. Wayne Reynolds created this painting in the winter of 2018 while preparing a series of five works for an exhibition in Zurich. Of the five, three deal with exactly the same theme as Portrait Of A Super Virus. It is always interesting for a viewer to understand the connections between different works by the same artist and how a single subject can be translated in several ways. In this case, the artist wished to highlight ‘the damage we are doing to our environment’ and that ‘we do not ‘own’ the Earth’. Hence why the other two paintings bear the revealing names of They Are Not Your Diamonds and Micro Plastics Mutating.

This is a recurring theme in the artist’s work, as he himself explains: ‘for many years I have been focused on how careless and destructive humans can be when it comes to how we treat each other, and more importantly how our civilization has ignored what we are doing to planet Earth’. Whilst the artist wishes to alert us to environmental issues, he remains optimistic and believes ‘there is still hope for us to accept our responsibility and find solutions to the problems we have created’.

The artist was inspired to produce this painting after hearing on a science show that the pharmaceutical industry preferred to prescribe existing drugs, rather than develop new ones due to cost effectiveness; without taking into account the fact that viruses are becoming increasingly resistant, which could lead to a global pandemic. It is a subject choice straddling current events and science, which resonates in a curiously prophetic way today .

Thus his work, with its evocative title reflects the same sense of urgency as those by C215 and Ibrahim Ballo. He explains his intentions as follows: ‘I want to offer a wake up call to as many people as possible, because all we have is this fragile rocky planet and we need to listen to what the Universe is trying to tell us. I believe that there have been many signs that we have ignored, and only if we make a united effort will we be able to improve our chances of survival’. In fact, for him ‘art has always been a powerful way to convey emotion, I know that it is what brings me the most peace while at the same time I am trying to sound an alarm’.

For this series, the artist developed a new style by playing with morphing shapes, patterns and colours with organic transitions. A colour palette that is both moving and enigmatic, which reinforces the power of attraction within the piece.

Finally, the artist thought about how he would represent this same subject today and the result is none other than the work below, which is in the process of being finalised. Entitled Social Distancing, Some Do and Some Don’t, he started it at the end of February 2020 and realised as he progressed that it was in fact his response to the way the coronavirus was affecting the whole world. ‘I found that this small (12″ x 16″) panel painting I was creating, was the only place that I felt in control as everything normal was rapidly evaporating all around me, and somehow I was at once, not surprised and yet hopeful, that this time the message would be heard!’.

Find the works of R. Wayne Reynolds on Artsper! He is represented by the Art Goda gallery in Zurich, which showcases talented artists from Lithuania, Switzerland and the United States, who are admired by collectors worldwide.

These three artists, each in their own way, share with us with the issues that preoccupy and challenge them. Between testimonies of artists’ impressions and calls to action, they invite us to question ourselves and to act, a complete contrast to the image of the distant, unengaged artist that we sometimes have in mind. It is also a way of understanding how a subject can be analysed by its creator years later, in light of current events, which can sometimes lead to new interpretations! 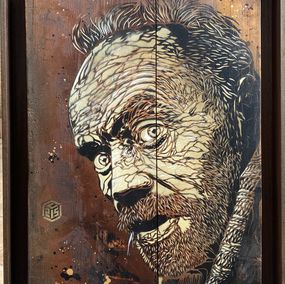 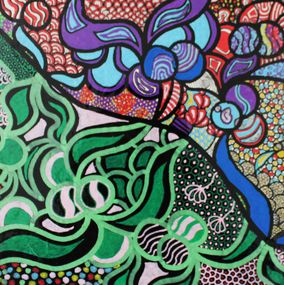 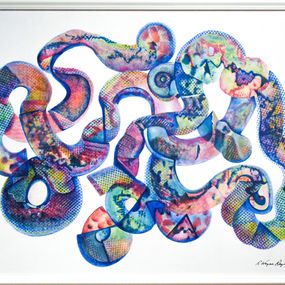 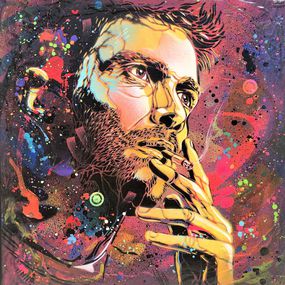