Travelling far away in order to find yourself is not a new concept. From Matisse to Monet, many famous artists have enjoyed an artistic retreat far from home, and it goes without saying that summer is the best time for journeys. Summery colours and the holiday feeling that anything is possible are great sources of creativity. As the first sunny days are on their way, let Artsper take you on a journey to the legendary artistic retreats where artists have reconnected with art.

In search of inspiration

Be it to find inspiration or to hide from critics, going away for a while is the ideal solution. Travelling, discovering new countries and cultures opens our minds through experiencing different ways of life. For instance, it was after his travels in Tunisia that Paul Klee created his distinctive universe. By becoming familiar with new tones and woven patterns, he became the artist we all know.

Furthermore, an artistic retreat in a rural, isolated location was often the destination of choice for artists. Depending on the period and movement, artists viewed nature in varying ways. During the 19th century for instance, the Romantics translated their feelings towards nature into their artworks. For example, a stormy sea – such as the one depicted by Caspar David Friedrich – depicts how man is powerless to the elements.

To the Impressionists and Post-Impressionists such as Cezanne, a retreat offered the opportunity to paint the same spot at different times of the day. In these paintings, the changes in colour and light led to coherent yet diverse series.

However, an escape from the urban world in favour of the countryside is not just an excuse to paint nature. It has been recognised that isolation and the ability to face their work without distraction, is one of the best ways for artists to focus on their work. By contemplating the meditative landscapes, artists could look introspectively and stimulate their imagination… something that we could all benefit from!

Leaving in order to return a better person?

Whilst a retreat is a way to rediscover creativity, sometimes it is hard to get back to reality. Have you ever had the feeling at the end of the summer of not wanting to leave? In the same way, some artists decided to stay where they were, making the retreat their new reality. In fact, why should you leave if the inspiration is still there? For Claude Monet or Barbara Hepworth, the retreat will be where the artist will stay. But for Gauguin, for example, Brittany will only be one of his retreats among many others – like Polynesia.

Claude Monet and Giverny are a famous duo! Having lived the majority of his life in Poissy, Monet decided at the age of 73 that it was time for a change. Consequently, the Impressionist painter settled in Giverny with his family in 1883, where he lived for the rest of his life. A talented painter yet also a talented gardener, Monet found his garden an endless source of inspiration. The origin story of Water Lillies is now well-known, yet the artist also created many other paintings in Giverny, such as Haystacks. Even if Monet travels a lot (Venice, Antibes, Etretat…) it is still in Giverny, a true haven of peace, that he feels best to paint.

No need to travel far to find inspiration! Located in the suburbs of Paris, the Fontainebleau forest has inspired numerous artists over the years. In 1820, French painters began to paint in the open air, the forest therefore being the ideal place for that. Artists such as Charles-François Daubigny and Jean-François Millet came together under the guidance of Corot, to create the Barbizon School. Those Pre-Impressionist artists captured the romanticism of the verdant landscapes of Barbizon. In fact, more than 120 of them settled there between 1820 and 1870. This ‘Painter’s Village’ is still to this day a great idea for a summer weekend trip.

Pont Aven, the artistic retreat of Gauguin and the Nabis

More than a retreat of just one artist, Pont Aven, the seaside town in Brittany became a renowned artistic location. Paul Gauguin moved there in 1886 and created the Pont Aven School. His Symbolist artworks, Japanese inspiration, and his innovative colour work created the first point of reference for the Nabis Movement.

Due to the gender-related restrictions of the time, there were few recognised retreats for women in France. It is not until the 20th century that women had their own places in which to create. So let’s go to England and the USA during the latter part of the 20th century to discover some female retreats.

Well-known for her floral artworks, the American artist went to New Mexico in 1929 to escape the monotony of summer. It was love at first sight. The artist subsequently decided to buy a ranch and settled there permanently.

It was due to being surrounded by the dry and arid landscapes of New Mexico that Georgia O’Keeffe painted more and more. In fact, the frenzy of the city prevented her from developing her art and grasping the true beauty of nature. On several occasions, she has explained her desire to represent what she feels rather than what she sees. A reason that surely explains why this place played such a major role in her artistic inspiration.

A bold choice of retreat, in keeping with her life. Whether in her artworks or in her life, Georgia O’Keeffe, always tried to get away from her rigid education.

Barbara Hepworth’s monumental sculptures would never have been created without her artistic retreat of St Ives. In fact, the Cornish town significantly boosted the British sculptor’s creativity. She created her most iconic pieces such as the Pelagos, whilst looking out at the ocean. The strength of the surrounding landscape played an important role in her choice of sculpture…

Did you know that Tate even has a location in St Ives where Barbara Hepworth’s artworks are exhibited? In addition to Hepworth, other abstract sculptors such as Ben Nicholson and Christopher Wood, met there to create the school of St Ives.

So, it was in escaping the city in favour of isolated locations, that some artists managed to reconnect with their creativity. Still today, those places have a magically creative aura and are now popular with holidaymakers, who are also looking for inspiration and calm. Nevertheless, whilst some painters liked to hide in green spaces, others preferred to hide…in bars! Take Toulouse-Lautrec, to whom the effervescence of urban life, especially its nightlife, provided an unrivalled source of inspiration. How about you, do you prefer the serenity of nature or energy of the city? 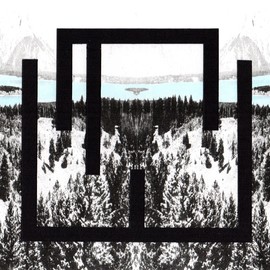 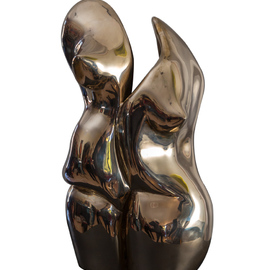 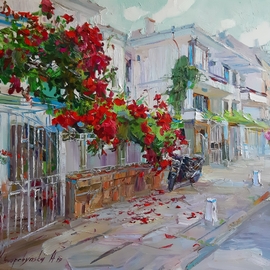 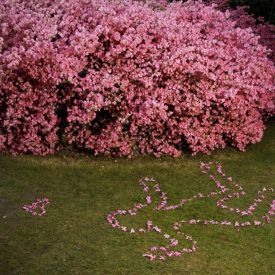