For a long time, the artistic world has hidden the work and activism of female artists, whether they may be art lovers or intellectuals, eager to make their contribution. Over the centuries, the female struggle to be recognized has reshaped the contemporary artistic field. This has seen the birth and recognition of a number of artistic disciplines by and for women. Although they are now taking part in artistic creation and collaboration, equality is still far from being achieved… Entrepreneurs, feminist activists, defenders of minorities, these socially engaged women are contributing to the reshaping and diversification of contemporary art in their respective countries, and on a larger scale, in the present and future contemporary sphere!

This is why Artsper is presenting 5 famous feminist figures, who are playing a major role in the world of art.

Lydia Fenet: auctioneer based in New York and the executive director of Christie’s

A distinguished entrepreneur, auctioneer, and executive director of strategic partnerships for Christie’s Auction House, Lydia Fenet is the epitome of success. A successful author, she wrote her first book, The Most Powerful Woman in the Room is You. In this she shares her advice on how to better comprehend the cut-throat world of selling art. With a fierce discipline and a reputation for her pragmatic and radical approach, Lydia Fenet has chaired auctions for more than six hundred organizations, of which half a billion dollars have been donated to various global non-profit-organizations. A woman filled with a contagious philanthropic nature. Who for years has been committed to communicating about her experience and her illustrious career. Directly with the eclectic audience that is the art world.

Lydia Fenet is also a distinguished speaker. She addresses the theme of self-confidence in order to liberate and reinforce the sales potential of each individual. Her discourse encourages “empowerment”, female empowerment, in the codified ecosystem and still largely male-centered ecosystem that is the art world. She questions the silence around the problems that women face on a daily basis throughout their careers. She also addresses the art of negotiation and the unspoken ideas of competition and money that fuel the art world. Feminist podcasts, must-read fashion magazines, websites specializing in the international art markets, everyone is getting involved in the discussion. Dive into the vibrant world of this Queen of auctions through her Instagram account!

With a mother who specialized in molecular biology and a father who made his fortune in oil, this Russian billionaire, barely 40 years old, defied all conventions by turning her passion for art into her profession. An incontestable businesswoman, gallerist, and philanthropist, in 2008 Dasha Zhukova founded the Garage Center for Contemporary Culture, in Moscow. The museum collection holds the only public archive of Russian contemporary art from the 1950s to present day. It covers 8500m² of culture, contemporary avant-garde art, in which it exhibits beloved artists.

This unique exhibition space represents the bubbling enthusiasm that has fuelled Dasha for years. Becoming “a place where people, art, and ideas can create history”. It is the epicenter of an artistic effervescence, encouraging dialogue and the production of works, while developing a policy of education and artistic awakening. The Garage opened in 2015 in Gorky Park, in the heart of Moscow. It hosted the first retrospective in Russia featuring the French artist Louise Bourgeois.

In her determination to make contemporary art accessible to everyone, Dasha Zhukova hopes to develop her project into a 360° view! Filled with an insatiable entrepreneurial spirit, she announced the launch of her magazine, Garage. Just one year after the opening of her contemporary art center. A balanced symbiosis between art and fashion is precisely what this art lover wishes to share. And she is one who wouldn’t let themselves be dictated by anyone or anything! Thus, she is one of those socially engaged women, ambitious and astounding on all accounts, that help the art world to move forward.

A critic and art historian, Christine Eyene has also curated many successful international exhibitions. She carried out the African selection of the Photoquai festival (2011) and the exhibition La parole aux femmes at the Blachère Foundation (2014). Moreover, she was a member of the jury of the Dakar Biennale, Dak’Art (2012). And she once again made a flawless performance, by presenting the exhibition Murder Machine (2019) at the Irish Biennale EVA International. A unique parallel on identity claims expressed through Irish anti-colonialism and some African movements.

Recently appointed researcher at the Centre for Contemporary Art at the University of Central Lancashire, Christine Eyene, specializing in contemporary art, became interested in modern contemporary African art at a very early age. Among all her subjects of study, she focuses on the Afro-American cultural movement Black Arts Movement, or BAM. But also on the art of the black diaspora. She retraces the atypical artistic journey of artists exiled during the Apartheid.

In an effort to raise awareness among the diverse public of Britain, she has recently committed to developing curatorial projects that foster collaboration between UK museums and public collections of contemporary artist’s works. She is also a member of the Visa Commission for the creation of the French Institute. And co-editor for the fine arts section of the French magazine Africultures. This influential woman of Cameroonian origin is involved wholeheartedly in the emergence and legitimization of contemporary African art.

A great lover of contemporary, conceptual, and post-war art, this entrepreneur supports the daily struggle of female artists who are under-represented in the art world. She can be labeled as one of the “socially engaged women” as she shows strong support for female entrepreneurship. Also a major collector, Grażyna Kulczyk began enriching her personal art library during her law studies at Adam Mickiewicz University (Poland). Among these first works were posters made in secret by politically active artists who were opposed to the communist government of the time. With an innovative and pioneering spirit, shortly after the fall of communism in Poland, she began to support contemporary Polish art. She later broadened her collection to include works by artists from all over the world, including the talented Jenny Holzer.

In 2004, Grażyna Kulczyk founded the Art Stations Foundation which supports the development of contemporary choreography within the Polish international community. It is a unique initiative and meets up for Central and Eastern Europe! At the head of several centers of commerce and art galleries, she decided to leave a lasting mark on her love for avant-garde and contemporary Polish art by creating her own treasure. The Susch Museum in Switzerland.

A unique place that she chose due to the raw beauty in the panoramic mountainous landscape that surrounds the museum. It is a completely calm space that offers visitors “the opportunity to do something different and challenging, to encourage a slow artistic approach, to appreciate art in a contemplative and quiet context” says the collector in an Artnet News article. She has been a member of the Board of trustees for the Museum of Modern Art in Warsaw for almost 10 years. And, since 2015, she has also been a member of the Board of Trustees at the Women’s Funding Committee of the Museum of Modern Art in New York. She actively contributes on behalf of these socially engaged women, who never ceases to modernize the artistic and entrepreneurial scene in her native country!

An agile and honest mix between militancy and committed art is what Élisabeth Lebovici is all about. An art historian, critic, and French curator, this sharp-minded intellectual pursued her studies in New York. She joined the Independent Study Program of the Whitney Museum of American Art as a curator (1979-1980). Then she returned to France to pursue her studies in art. Officially an art critic at the time, she joined the French art press in 1987. She became editor-in-chief of Beaux-Arts Magazine. She went on to write articles for Art Press and Critique d’art. Building on her past experience in journalism, Élisabeth Lebovici used her writing to express herself. Thus, for fifteen years she joined the Cultural Service of the French newspaper, Libération.

Together with her wife, she founded the LIG, a feminist and lesbian empowerment fund. She is also a member of Act Up-Paris (an activist group for the fight against AIDS), this LGBT rights and AIDS activist focuses her work as an art critic on the relationship between feminism and queer theory. A feminist approach that translates into the book Femmes artistes, artistes femmes: Paris, de 1880 à nos jours. Cowritten with Catherine Gonnard.

Today more than ever, these socially engaged women fight for the visibility and recognition of women in art. Their inspiring journeys and notorious positions in the artistic landscape encourage women to enter the dynamism of contemporary art. Patronage, volunteering, collaboration, or artistic contributions of all kinds, the actions of these 5 devoted women are varied. More than an example of leadership and success, they embody and support each other through the various struggles of feminist activism in the international art world. 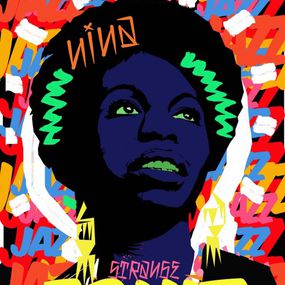 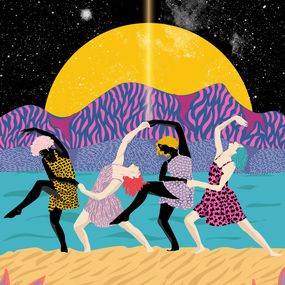 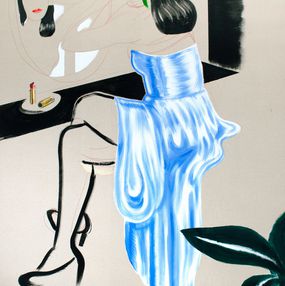 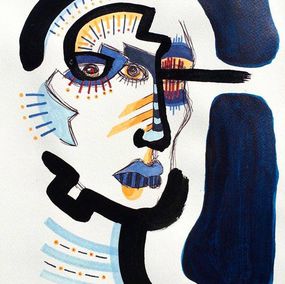 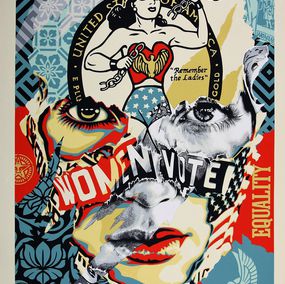