The art world, a largely elitist ecosystem, seems to gradually emancipate itself from the centuries of its governing patriarchal patterns. Women are frequent muses of the greatest painters and sculptors. They have been deified, glorified, and valued for their physical attributes, charm, and tenderness. Moreover, until the end of the 19th century, women were represented almost solely as maternal female figures; in the twentieth century, the art market slowly feminized. Today sees the birth of more and more influential women in the art world. Inclusive of artists, exhibition curators, institutional directors, gallery owners, and even critics and collectors of art.

In this article, Artsper invites you to discover these daring and influential women! All who revolutionized the principles of the greatest contemporary art museums. Or those gave birth to these art galleries, all of which are essential to today’s market.

As an American contemporary art and exhibition curator, Helen Anne Molesworth takes on projects more ambitious than the previous. She does so all while upsetting and brilliantly transcribing the great stories of art history. She was a curator at the Baltimore Museum of Art (2000-2002), then later for Wexner Center for the Arts (2002-2007). Later, Molesworth went on to become head of the department for modern and contemporary art museums at Harvard University. She also curated with the Institute of Contemporary Art (ICA) in Boston (2010-2014).

Molesworth has become an indisputable figure in the American museum sphere. Throughout her career, she has produced exhibitions on crucial societal topics. For example, Photographs by Moyra Davey and ACT UP NY. Between activism, art, and the AIDS crisis, 1987-1993, or Work Ethic, depicting the ethical limits of art after the 1960s. Without forgetting Part Object, Part Sculpture, which engaged dialogue on the ready-made. This Will Have Been: Art, Love & Politics in the 1980s, dealt with racism, AIDS, and feminism in art.

In 2014, Molesworth accepted a position as the chief curator at the Museum of Contemporary Art (MOCA) in Los Angeles. Four years later, she was fired for no apparent reason. Consequently, her departure deeply revolted the art world and angered many of its actors. Madeleine Grynsztejn, director of the Museum of Contemporary Art in Chicago, publicly denounces the sanction reserved for her friend. The pair had collaborated on numerous projects, including an acclaimed retrospective on Kerry James Marshall. She advocates for a more pronounced presentation of the work of women and artists of color. Therefore, this courageous activist is still fighting for her ideas, setting her as one of the most influential women in the art market!

Madeleine Grynsztejn: director of the Chicago Museum of Contemporary Art

Introducing former chief curator Madeleine Grynsztejn. She was head of the Painting and Sculpture department at the San Francisco Museum of Modern Art. She goes down in history as the first female figure to head the Museum of Contemporary Art in Chicago. An atypical multicultural background for this woman… She was born in Peru, and grew up in Venezuela and England. Then she studied at the Sorbonne and then at Columbia University where she obtained a master’s degree in art history. She later joined the San Francisco Museum of Modern Art (SFMOMA) as a curator.

The quality and singularity of its traveling exhibitions captivate criticism.  In 2006, one year after the opening of The Art of Richard Tuttle, it won the prize for Best American Monographic Museum Exhibition from the Association of International Art Critics. Beforehand, she held the position of curator at the Museum of Contemporary Art in San Diego (1986-1992). Grynsztejn aroused public interest with Dos Ciudades / Two Cities, a series of exhibitions in San Diego and Tijuana, Mexico. Its theme tackled the controversial and highly disputed subject of the border between the United States and Mexico.

A highly publicized figure, she regularly participates in conferences and interviews on art issues. In a podcast, she talks to Thelma Golden, director and chief curator of the Studio Museum in Harlem. She talks about what running a contemporary art museum is today. She also mentions how their institutions deeply contribute to their lives & respective communities. In addition to her position as Director of the Museum, Madeleine Grynsztejn is also a member of the Association of Directors of Art Museums (AAMD), the International Council of Museums (ICOM), the International Committee of Museums and Modern Art Collections (CIMAM), and many others. Finally, this exceptional director wishes to make the museum a “space activated by the artist and engaged by the public”. She believes “a museum is where art, ideas, community, and conversation occur in a dynamic way”. A wish that we would like to see come true!

As the daughter of painter Hassan El Glaoui and Christine Legendre, meet Toura El Glaoui. She was a 1950s Givenchy model and began a promising career in the world of finance in London. Her job requires regular travel to several countries. So much so that in a few years, the African continent and the Middle East leave no surprises! Throughout her repetitive comings and goings, Toura El Glaoui develops a growing sensitivity for African and Oriental art. She desires to give a place of value & importance to these under-represented regions in the artistic world.

In 2013, this avant-garde female figure concretely revolutionized the African artistic event sphere. She launched the first edition of the contemporary African art fair 1-54. Toura El Glaoui works to promote the emergence of contemporary African art at the international level. In an unprecedented annual meeting, the popular artists of the contemporary art scene of the African diaspora. They were brought together for the first time in the same space! For Toura El Glaoui, this fair is not a purely commercial meeting. It emphasized a real dynamic of exchange, by developing on-site, open-access conferences, bringing together artists and art lovers. Working hand in hand with local entities, African museum institutions, cultural foundations, or even artist residency spaces. This forged and strengthened links between each actor.

French gallery owner specializing in contemporary art, Nathalie Obadia. She is also a board member of the Professional Committee of Art Galleries. Here, she serves as vice-president for three years (2005-2008). She is one of the most influential women in the Franco-Belgian art scene. The gallery owner speaks regularly on the French media scene about the challenges of the European art scene. Located between Paris and Brussels, Galerie Nathalie Obadia represents contemporary artists such as Carole Benzaken or Jessica Stockholder. Her passion for contemporary art was born very early. Indeed, art punctuates the childhood of this daughter of collectors. Works by Roy Lichtenstein or Andy Warhol adorned the walls of Nathalie’s house. From one gallery to another from a young age, this curious little girl sees her vocation for art gradually born. She became one of the most respected gallery owners of her generation!

After graduating from Science Pro Paris, she joined Galerie Daniel Templon for 4 years. By 1993, she found her own space. Henceforth, Galerie Nathalie Obadia is now present in three different sites, situated in both Paris and Brussels. In each, she gives free rein to her intuition and chooses to introduce a new generation of artists. Furthermore, these may be confirmed or emerging, to the critics. Her gallery is quickly becoming an essential place in the elite international circuit of renowned galleries. It asserts its presence at every major contemporary art meeting (Frieze, Art Basel, FIAC, and many others). This all contributes to her status as one of the most influential women in the art market!

Sheikha Mayassa Al Thani: the undisputed queen of the art world in Qatar

Princess of Qatar and 14th child of Emir Hamad bin Khalifa Al Thani. Sheikha Mayassa Al Thani’s fortune has made her one of the most influential women in the arts and cultural world. This is according to Forbes magazine in 2012. She is an amazing autodidact, who has yet to study art history. Today, she is President of the Qatar Museums Authority. Indeed, this intellectual first graduated from Duke University in North Carolina. She later made a brief stint at Sciences Po and at the University of Paris-1 Panthéon-Sorbonne. Furthermore, she also specialized at Columbia University in New York.

Fresh from the United States, this philanthropist is building the NGO Reach Out To Asia from the ground up. It is meant to restore and foster a safe learning environment in crisis-affected areas, in Asia, and around the world. Nicknamed the “culture queen”, it is under her impetus that the most anticipated exhibitions in Qatar take place. For example, in 2008, alongside American actor Robert De Niro, she presented a Qatari version of the Tribeca Film Festival. It was the Tribeca film festival Doha. She is guided by an unwavering ambition to make Qatar a global center of cultural education. She is undoubtedly one of the most influential women and an iconic godmother of the art world.

Directors of prestigious museums, renowned gallery owners, curators, and art patrons… All influential women in the service of art and culture whose personalities with multiple hats uniquely shake-up the art world. Not only that but the market and its institutions as well. By sharing their innovative and forward-thinking visions, they help broaden the spectrum of global artistic achievement. Five courses, each more different and unique than the next… But all with one common desire: to make contemporary art more accessible! 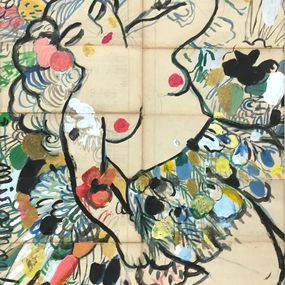 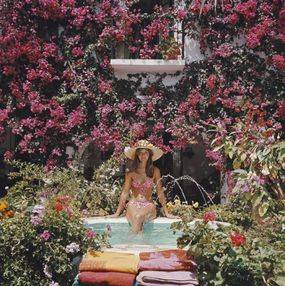 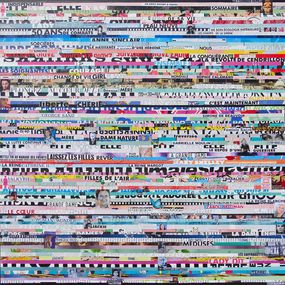 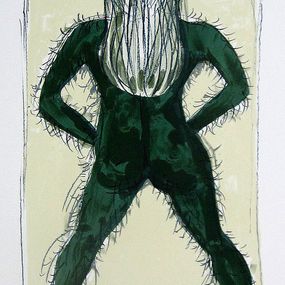 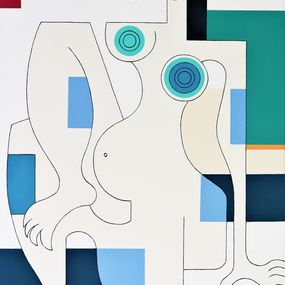