By creating environmental art, artists around the world are doing their part to combat the climate emergency by spreading awareness of this issue. Whether their artworks are abstract or explicit in their criticism of global warming, these artists are showing their dissatisfaction with the situation we are in as a planet, which is becoming worse and worse as the days go by. Learn about a number of these active artists with Artsper!

This American artist creates eye-catching pieces as part of her work as an environmental activist, with series such as Lounging Through the Flood telling her viewers that they need to abandon their apathy towards climate change. This sculpture was initially placed between the Mississippi and Ohio rivers, a deliberate choice as this area faces frequent flooding.

R. Wayne Reynolds’ artworks are inspired by nature, and abstract pieces such as this are intended to make us think. The title of this painting available on Artsper, They Are Not Your Diamonds, tells us what this American artist wants us to think of when viewing his art. That is to say, it is part of his “The Earth Series, It’s Not Ours!”, which is critical of the belief that earth’s treasures can belong to us rather than to the earth itself.

As a creator of environmental art, Aida Sulova is vocal about issues which matter to her. Consequently, this artwork was made to raise awareness of the problem that Kyrgyzstan has with garbage. The Kyrgyz artist took photographs all over the country to campaign against the use of plastic bags.

The founder of OBEY clothing is not afraid to speak his mind through his art. He believes that not enough is being done to combat the climate crisis, as you can certainly understand from this print. Find this and more of the American artist’s work on Artsper.

This is a shot from Latoya Ruby Frazier’s photo essay, Flint is Family, which focused on those affected by the water crisis in Flint, Michigan. The American artist fights for a number of different causes, and it’s the need for social and environmental justice which this photo essay puts in the spotlight.

This Taiwanese photographer uses his environmental art to expose the climate crisis one photograph at a time. He explores the relationship that we as humans have with our environment, and is both disappointed in our situation and optimistic that it will change. Discover more of his entrancing works on Artsper.

As the title of this Artsper work indicates, the Dutch artist Demiak preserves in our memories that which is lost when natural disasters occur. Much of his body of work focuses on the nature that surrounds us. In revisiting the landscape genre, he does not shy away from bringing to light the effects of global warming on landscapes.

Marcos Acosta sees issues with the way that humans interact with our natural surroundings. His realistically painted artworks, such as All The Violence (available on Artsper), demonstrate how artificial human intervention is. For example, in this piece the geometric shape disrupts the natural landscape, as people themselves do.

The End: A Meditation on Death and Extinction is American artist Judy Chicago’s exploration of both her own mortality, and that of the planet that she lives on. She is known largely for her feminist artworks, but climate activism is a natural facet of her feminism – justice for women and environmental justice are intimately connected.

Evidently gifted at art and social media campaigning, the environmental movement is lucky to have this Canadian artist in its ranks. He has created a number of awe-inspiring works like Parting of the plastic sea, using materials which would otherwise go to landfill. In addition, his large following on social media shows that many appreciate turning “waste” into something beautiful!

Climate activism is more than physical protests, as artists also use their talents to raise awareness of the climate emergency. Find more environmental art on Artsper! 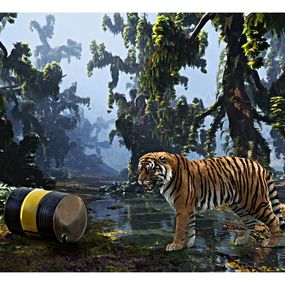 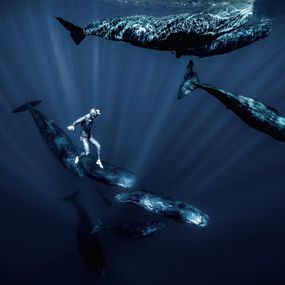 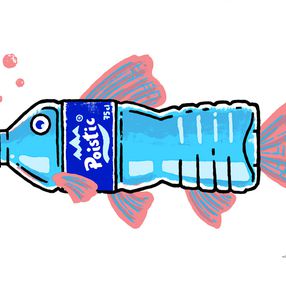 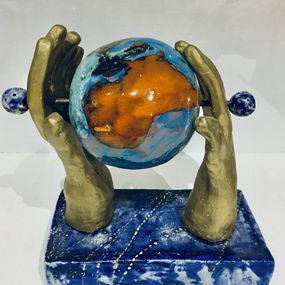