Artsper is taking a dive into the career of Austrian artist Gustav Klimt. He was founder of the Viennese Secession movement of the late 19th century. One of the more thought-provoking areas of this topic is this Europe-wide artistic movement’s desire to make a clear rupture from artistic tradition.

Gustav Klimt was born in 1862 into the working-class family of Ernst Klimt and Anna Finster. They were a gold engraver and aspiring musician, respectively. From humble beginnings, Gustav Klimt was the second of seven children. Firstly, he was raised in the small suburb of Baumgarten, southwest of Vienna. Like many families living in the early years of the Habsburg Empire, money was scarce. This was largely due an employment crisis brought by the 1873 stock market crash. In his childhood, Klimt, like his brothers, showed great artistic talent. He attending the Kunstgewerbeschule, the Viennese School of Arts and Crafts. Klimt came into adulthood at the dawn of the Golden Age of Vienna’s industrial and scientific revolution. He would, a decade later, be a founding figure of Vienna’s own artistic revolution—the Viennese Secession movement or Sezessionstil.

To speak of Klimt’s personality, first and foremost Klimt was resolutely anti-establishment in his vision. In his commitment to his craft, Klimt was anti-academic, he instead favored a holistic and less formalised approach. Wanting to put an end to the formal separation between major and decorative arts, the artistic movement of Secession that swept over Europe in the early 19th century caused a “rupture” with artistic tradition. In the early years of his career, Klimt worked closely with fellow Viennese young painter Franz Matsch on large-scale projects such as for an architectural firm specializing in theater design.

Klimt was in love with the female form. This can be seen in both his work and personal life. Conducting many amorous relationships throughout his lifetime, by his death, Klimt is said to have fathered 14 illegitimate children. The Kiss (1908), without a doubt his most well-known artwork, was inspired by Emilie Flöge, his long-time muse. Flöge was his sister-in-law, and although deeply in love with her, Klimt never married, preferring to devote his life to painting.

In his mature period, Klimt began to challenge the conventions of academic painting. When the Art Advisory Committee of the Ministry of Education asked Klimt and Matsch, his long-term collaborator, in 1893 to decorate the ceiling of the newly built Great Hall at the University of Vienna, there was reluctance on Klimt’s part. In total Klimt produced three large ceiling paintings for the university’s Great Hall, namely Philosophy (1897-98), Medicine (1900-01) and Jurisprudence (1899-1907). They were highly decorative, allegorical and deeply symbolic pieces of work that Klimt hoped would initiate a significant shift in art. The Viennese university paintings were never installed and marked the end of Klimt’s institutional commissions. The paintings generated significant controversy particularly owing to the nudity they depicted. Klimt can be viewed as an artist who refused to be restricted by external influences in the pursuit of his creative vision.

In art history, Secession refers to the late 19th and early 20th century break away movement of avant-garde artists from conservative European tradition. The movement’s aim was to separate itself from the more academic and official artistic landscape by creating its own creative milieu. The term secession originates in history from a period of annexation, dissolution and separation of Europe’s land mass in the 1800s. Whilst the movement refers to a cross-Europe campaign, The Viennese Secession remains the most influential.  The central aim of the movement was to create a new standard for design—a renaissance. In Vienna, Gustav Klimt was highly influential in establishing this Sezessionstil, or “Secession style”. This Austrian variant of Art Nouveau, was founded by some twenty artists such as Gustav Klimt, J.Hoffmann, J.Engelhart, M. Kurzweil, C.Moll, K.Moser, F. von Myrbach and Egon Schiele.

Known as the Union of Visual Artists Secession (Vereinigung bildender Künstler Sezession), the Vienna Secession was also highly political. Artists gathered in opposition to the Künstlerhaus collective, a group of conservative artists who restricted artistic licence by harnessing control of the art market. The aims of this movement were to unite the creative forces of the country, and more widely of Europe, in order to advocate for an international exchange of ideas and fight against the nationalistic impulses appearing at this time.

Much like a political campaign, the movement had its own place of meeting, the palatial Secession building, as well as news outlets intended to spread the word of protest. As a result, the Secession building, designed in 1897 by Joseph Maria Olbrich, was the place of several exhibitions to expose their work to the public and opponents.  In gold lettering above the entrance reads the phrase, “Der Zeit ihre Kunst. Der Kunst ihre Freiheit (To every age its art. To art its freedom)”.

The voice of the Vienna Succession’s campaign was carried through many creative-led magazines. Their official magazine was called Ver Sacrum (Sacred Spring, in Latin). Created in 1897, it published highly stylized and influential works of graphic art. Many other magazines participated in the development of the movement. These include Pan, Simplicissimus, Deutsche-Kunst und Dekoration in an editorial grab against the old artistic order. Whilst they remain relatively unknown today, the Austrian poster and other subsidiaries of this graphic art form deserve to be noticed as an art form in their own right. In fact the Österreichische Plakatkunst is the only comprehensive book on the Austrian poster existing. It lists the poster art forms of Ernst Deutsch, Klimt, Julius Klinger, Moser and Egon Schiele.

The Secession is centered in a youthful philosophy, that of Jugendstil or “The Young Style”. As a new age came into fruition in Vienna, young creatives collaborated to banish conservative art traditions to the past. The main magazine Jugend (meaning Youth) advocated new ideas on architecture, design and decoration.

The Viennese Secession is a movement with more organic and vegetal accents in opposition to the more geometric Art Nouveau. As a result, its style featured representations of plant or animal elements such as birds and fish, and a rich array of tropes of flora and fauna in compositions that appear highly stylized. An absence of perspective balanced by an abundance of curves renders the designs soft and femenine. The Viennese Secession movement can therefore be seen as a mirror image to the Arts and Crafts movement occuring in the United Kingdom at the same time. Both movements appear to refer back to nature in a reactionary fashion to the growing threat of industrial revolution.

The Secession posters include graphic images and text designed to be decorations that convey a meaning. The decoration, typography and illustration featured in the posters were used to advertise cultural events, but very rarely products of industry. Klimt’s own obsession with the gold leaf technique is inspired in part by Byzantine mosaics. Icons and the gilding technique of illuminated manuscripts from the Middle Ages also served as inspiration.

In conclusion, Klimt was a revolutionary before he was a creative. His life’s work to establish an anarchist movement against artistic tradition is what has given his artworks transcendental value. As one of the most expensive artists in the world, his legacy has been one of extreme notoriety. If you want to explore more of Gustav Klimt’s wild world, explore Artsper’s selection of Klimt-inspired works. 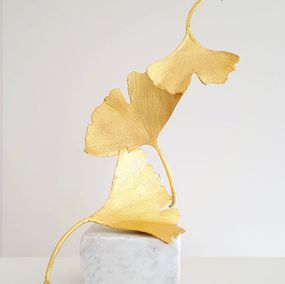 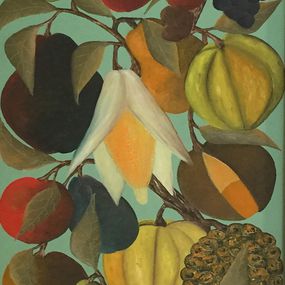 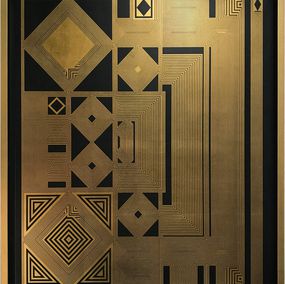 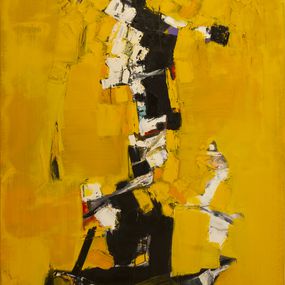