Born in Seattle in 1973, the early years of street artist Cleon Peterson’s life were undoubtedly challenging. The artist struggled for many years with drug addiction and severe mental illness. However, Peterson managed to turn his life around, obtaining a formal art education and embarking on a career in art.

These early hardships shaped his distinctive signature style and what he chooses to represent in his art. His work shows nightmarish disturbing scenes inspired by the darkness of his past. They depict incredibly violent massacres, in which street fighters brutally kill one another. This American street art artist has also dealt with political subjects from the angle of caricature, such as American presidents, Donald Trump in particular. Today, alongside these street art murals Peterson also works in the medium of graphic design.

This influential New York street artist, whose real name is John Matos, was born in 1961 in the Bronx. He is considered by many to be a leader of the 1980s graffiti movement. At the young age of 13, Crash first gained recognition through his graffiti on Subway train cars and derelict buildings. In 1980 he curated the exhibition “Graffiti Art Success for America” at Fashion MODA. This iconic event is often credited with launching graffiti’s recognition in the international art scene.

He has been involved in a number of high profile artistic projects, including a collaboration with Keith Haring on mural installations for art museums. One of his most famous projects was the graffiting Stratocaster electric guitars, nicknamed Crashocasters. These guitars have gone on to be used by musicians such as Eric Clapton, John Mayer and Ed Sheeran.

World famous artist Brian Donnelly, also known as Kaws, may nowadays be better known for his work creating highly sought-after collectible toy sculptures of the various characters in his artistic universe. However, the artist first became established in the art world as a graffiti artist after moving to New York in the 1990s.

Kaws began subvertising, the act of parodying or spoofing advertisements, billboards, bus shelters and phone booths around the city. He would often do this using his signature character Companion, a greyscale clown-like figure based on Mickey Mouse. Since then, Kaws has created subvertisements all over the world in the cities of London, Paris, Berlin and Tokyo.

Unlike the majority of street artists who are painters, Mark Jenkins’ street art consists of sculptural installations, inspired by Spanish sculptor Juan Munoz. Viewing the street as his stage, these shocking and unsettling lifelike sculptures interact with the environment that surrounds them. Through this interaction, the audience unknowingly becoming part of the piece.

Jenkins has been involved in several projects designed to raise awareness for environmental and social causes. “Plight of the Polar Bears” was a collaboration that Jenkins staged with Greenpeace in 2008, to raise awareness of global warming and the melting ice caps. For the installation, Jenkins created figures appearing to be homeless people but with polar bear heads. In 2018, the artist created Project84 in London with long time collaborator Sarah Fernandez. Designed to draw attention to male suicide rates, the installation featured 84 life-size statues of men stood atop a skyscraper.

Born in 1974 in Hollywood, California, Tristan Eaton is known for his vibrantly colored and large scale murals in cities all over the world such as New York, Shanghai and Paris. Honoring the legacy of the graffiti movement, Eaton uses the medium of free hand aerosol paint to create his murals. Outside of street art, the artist is considered one of the artistic designer toy movements, a space which is dominated today by artists such as Kaws.

Eaton has done a number of collaborations with brands such as Nike and some of Eaton’s work can be seen exhibited in the permanent collection of the Museum of Modern Art in New York City, which is without doubt one of the best American art museums to put on your bucket list!

Artist Torrick Ablack, known as Toxic, was born in 1965 in the Bronx, New York, and is widely considered one of the pioneers of the graffiti movement. Like other graffiti artists of the era, he began to graffiti New York subway trains and walls at the age of 13, later joining famous artist Rammellzee’s graffiti crew.

In 1982, Toxic met famous artist Jean-Michel Basquiat, who became his artistic mentor. In response to the problematic depiction of African Americans in Hollywood films, Toxic, Basquiat and Rammellzee began to call themselves the Hollywood Africans, after Basquiat’s famous painting by the same name. Later in his career Toxic has turned to canvas, but remains true to his original spray paint medium. Today, Torrick Ablack lives in Florence, Italy.

Tavar Zawacki, formerly known as ABOVE, was born in 1981 in San Francisco, California. In the earlier years of his career, the artist remained anonymously known as ABOVE, his work characterized by a signature upwards arrow. Symbolically, the arrow reflected his desire to ‘rise above fears, challenges, and anything holding you back from your goals.’ For the 20 years the artist was known as ABOVE, his arrows were seen in over 100 cities around the world.

In 2017, ABOVE revealed his identity to be Tavar Zawacki, and began creating works under his birth name. This has allowed the artist to experiment in his art and explore new subject matter.

Born in 1971, Death NYC is a street artist from New York, who remains anonymous. Her pseudonym is actually an acronym of “Don’t Easily Abandon The Hope”. This often leads to confusion in public perception, especially regarding the artist’s slogan “Death is free”. Growing up in such a diverse city, she was exposed to a variety of subcultures, which made her question the things she saw on the street. This experience was an essential part of her choice of her pseudonym and skeptical world view.

Death NYC began doing street art by paint on walls and floors of stores in Soho and Chelsea. Today, her art generally focuses on print work. The artist through a cynical lense mocks the media through distorting and subverting images from popular culture.

New York street artist Alec Andon is better known as Alec Monopoly. One of the most up and coming street artists in today’s scene, his pieces are collected by a number of high profile celebrities such as Miley Cyrus and Snoop Dog.

The artist’s graffiti always depicts the iconic Monopoly Man from the board game, an idea inspired by fraudulent stockbroker Bernie Madoff. By recontextualizing the character, a symbol of wealth and success, the artist comments on the extreme capitalist culture prevalent in American society.

A feminist icon of the 1980s graffiti movement, Sandra Fabara or Lady Pink has dedicated her career to using graffiti and mural street art to empower women, as well as an act of rebellion and self-expression. Fabara was nicknamed the “first lady of graffiti”, due to her being one of the first women active in the movement, creating the all-female graffiti crew the Ladies of the Arts.

Her early work primarily focused on painting trains and Subway cars around New York, both alone and later with her husband artist SMITH. In the studio, her paintings still center around the subjects of her Subway trains and Pop-surrealist cityscapes.

The future of American street art…

There you have it, some of the most compelling street artists the United States has to offer. Here at Artsper, we can’t wait to see what these artists will do in the future! Want to learn more about contemporary street art? Here are 10 more street artists you should know from around the world… 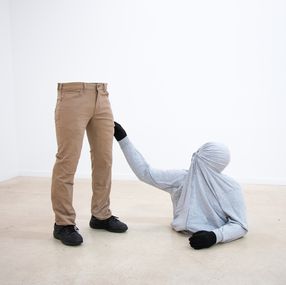 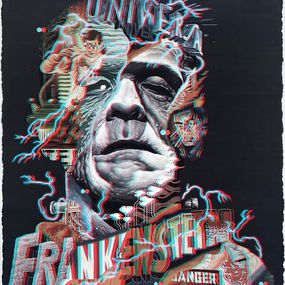 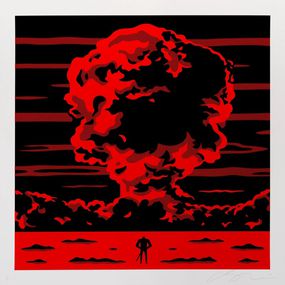 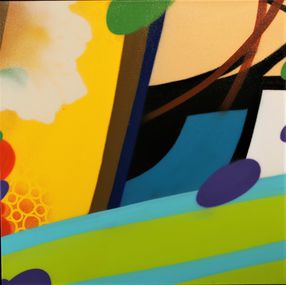