Today collecting art has become an art as well, or should we say a science ? What artist to buy, when and what price? Art advisors are now key actors in the creation of international private collections.

Art magazines and websites also regularly publish top artist lists to collect in order to advise art lovers and collectors on the tendencies of the art market based on auctions sales and the market. In its last issue of September, Art+Auction published a list of 25 most collectible mid-careers artists.

Artsper sheds light on 7 of them for you !

Nari Ward is a Jamaican artist born in 1963 who lives and works in New York. His sculptural installations are made of material collected in his neighborhood. Nari Ward’s work reveals the emotions enclosed in daily objects, and tackles the questions of race, poverty and consumption culture.

His work has been exhibited at the Whitney Biennial of New York, the Documenta XI of Kassel in 2003, as well as at the New Museum of Contemporary Art of New York. He also worked on commissioned work for the United Nations as well as for the World Health Organization. 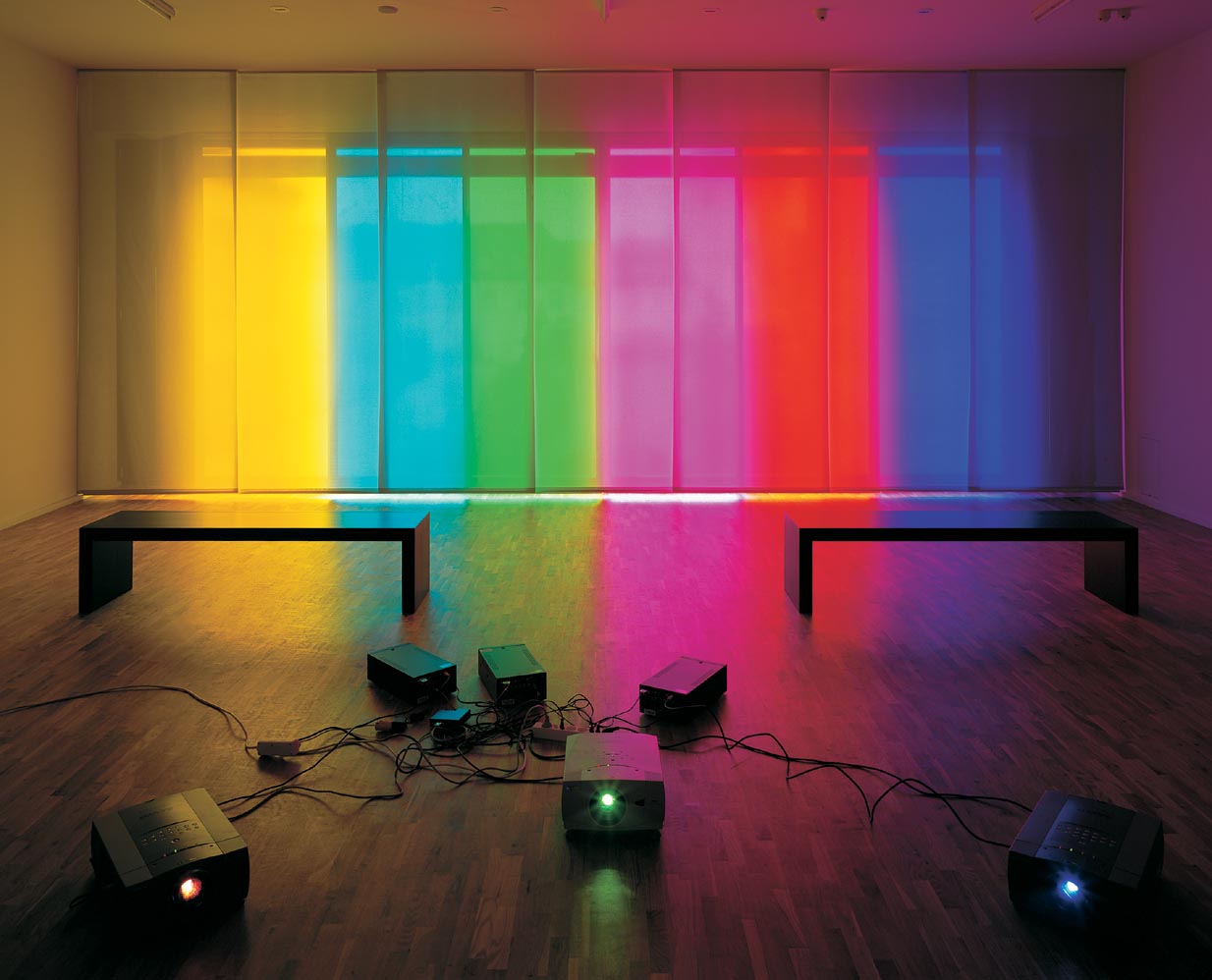 Diana Thater is an American artist born in 1962. Since the beginning of the 1990’s, she creates video installations with a focus on the tension between natural environment and society, wild and tamed, science and magic. Her work draws on various sources, from literature, animal behavior, mathematics, chess game and sociology. Her evocative and almost abstract work interacts with the environment to associate the dimensions of space and time. She often turns the places where she exhibits into hybrid environments between sculpture and architecture, adding light and color effects to her installations.

Diana Thater has been exhibited at the Institute of Modern Art of Brisbane in 2011, at the Santa Monica Museum of Art of California and at the Dia Center for the Arts in New York in 2001.

Tim Rollins is an American artist, as well as a teacher and an activist whose career started as Joseph Kosuth’s assistant. At the beginning of the 1980’s, he started teaching to “at risk” students with learning disabilities from the Bronx, and created the “Art & Knowledge Workshop” during which he would draw on diverse material such as classical literature, comics, and even legal documents. Artworks created during those workshops were drawings, photographs, paintings, and sculptures.

Tim Rollin wanted to show that art could be done or learned by everyone. Today members of the “Kids of Survival (K.O.S) have grown up and spread out across United States, some of them being artists of their own.

Tim Rollin’s work has exhibited at the Whitney Biennale of New York in 1985, 1991 and 2006, and at the Documenta of Kassel in 1987. He continues to work with youngsters through the K.O.S project. 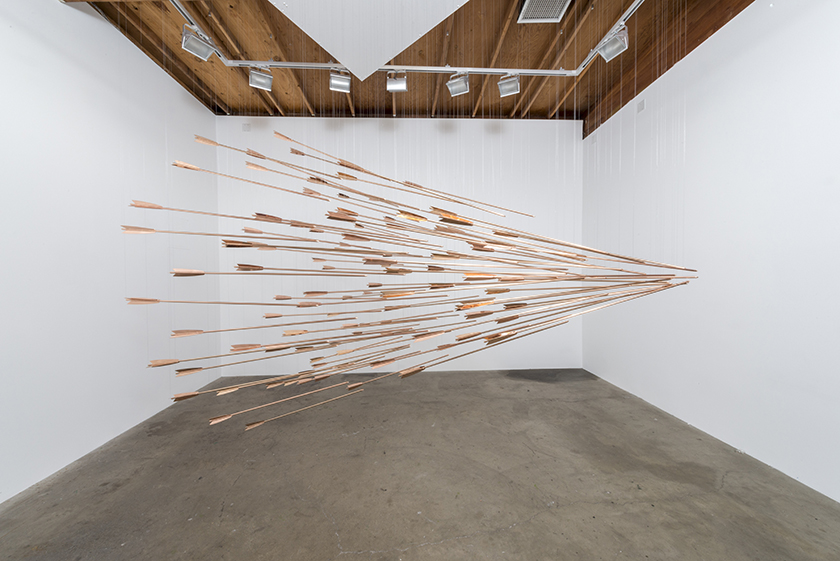 In 2009, Glenn Kaino stopped his studio work to take a sabbatical year and a half to work with a magician. Since then, Glenn Kaino’s work grew in complexity within a conceptual framework strongly influenced by his political opinions. For Glenn Kaino, art is a way of expressing and combining his interest for philosophy, science and theory of cultural. His work are of various formats, media and prices : they range from 10 000 to 500 000 euros.

He created commissionned artworks for LACMA, Performa and Art Basel Miami Beach, and he also exhibited at the Studio Museum of Harlem as well as at the Andy Warhol Museum of Pittsburgh.

Valérie Belin is a French artist known since the mid-1990 for her close-shot black and white photography.She first photographed glasswares, clothing, bodies of cars or animals. It is only recently that she turned to human figures and bodies as objects with her series entitled “Culturist”.

With her archetypal portraits – black or white brides and even transexuals-, she questions women identity.

Her photographs have been exhibited at the Maison Européenne de la Photographie in 2008 and at the Pompidou Center in 2015.

Bae Bien-U is a Korean photographer born in 1950. Since the 1970, he mostly takes black and white pictures capturing the comunion between men and nature. He almost exclusively represents natural landscapes: trees, volcanos, costlines etc. His most famous images are those of pine trees from the sacred forest of the royal necropolis of Korea. In Korean culture, pine tree is a symbol of longevity.

He also did a residency at the national estate of Chambord from April 2014 to the summer of 2015, during which he photographed the estate at each season of the year. 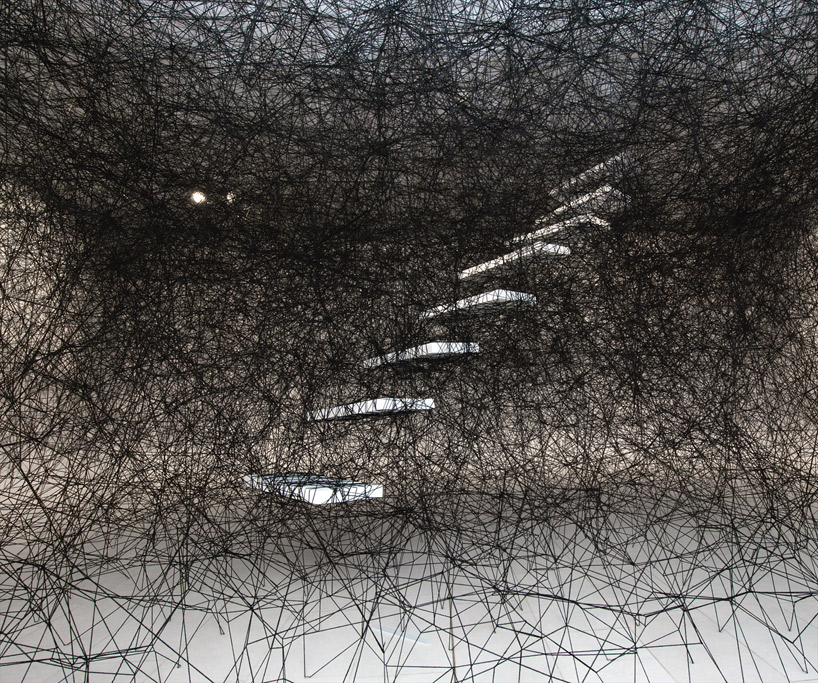 Chihary Shiota is a Japanese artist born in 1972 who lives and works in Berlin. Student of Marina Abramović and Rebecca Horn, her work combines contemporary inspiration and Japanese traditional culture. Very famous in her native country, Chihary Shiota represented Japan for the 56th Venice Biennal with an installation about memory made of 50,000 hanging keys.

Among the objects she often use in her work are old suitcases, letters, pianos, dresses but also wires, cables and metal rods with which the artist creates gigantic spidernets swallowing the daily life objects she installs at the center.