Contemporary Art is generally classified as artworks made during or after 1945, so from just after the Second World War right up to modern day. Within this period there is a huge range in styles, genres, and approaches, and it can be hard to know where to start. Artsper has brought together 25 examples of contemporary artwork that we think are most important to know about – from the most famous pieces to the lesser known, rising talents.

This famous piece was one of Andy Warhol’s first ventures into using images from consumer culture and mass media in his work, a trend which would later come to define his distinctive style. Although the careful repetition of the piece echoes market mass production, Warhol didn’t start employing his famous silk screen printing technique until after completing this work, so each of these identical cans is actually hand-painted. It became a symbol of contemporary artworks.

Bourgeois’ huge scale spider sculpture is over 30 feet high. There are various versions in slightly different materials – one in steel and six subsequent editions in bronze – and each has an egg sac containing 32 marble eggs. The sculpture was created as part of an exhibition at the Tate Modern (where the original steel sculpture still resides) and is an homage to Bourgeois’ mother, who died suddenly when the artists was just twenty-one, and her strength as nurturer and protector.

Here is a contemporary artwork we can’t hardly miss in the list. Autumn Rhythm was produced at the soaring apogee of Jackson Pollock’s career and is a perfect example of the drip painting technique that he is most famous for. Standing over the canvas, Pollock would drip, flick, drizzle, scrape, pour and spatter the thinned paints, letting them fall however they wanted. He believed this movement, and the paints themselves, drove his art.

Young, dynamic artist Njideka Akunyili Crosby unites her dual cultural experience in her vibrant artwork. Having spent her formative years in Nigeria, she moved to America aged sixteen and now lives and works in Los Angeles. Her intensely personal contemporary artworks unite her vibrant influences, with more ‘traditional’ acetone paintings layered on top of complex backdrops, which are often a collage of snippets from Nigerian popular culture.

5. Damien Hirst, The Physical Impossibility of Death in the Mind of Someone Living, 1991

Hirst’s shark preserved in formaldehyde is to this day one of the most controversial contemporary artworks. The original piece was commissioned by collector Charles Saatchi in 1991, but the shark had to be replaced in 2004 when the piece was sold. Because of this, and because of the nature of the piece, many people question whether or not it should actually count as art at all.

Yayoi Kusama has been described as one of the most eccentric artists of our time. Her work is psychedelic and hallucinatory, and she makes use of patterns and repetitions to play with the concept of infinity. Infinity Mirror Room is an immersive installation designed to engulf the spectator/participant in an overwhelming sense of endlessness and possibility. Kusama describes her life as “a pea lost among thousands of peas”, and this sense of being lost amongst the endless crowds is what she tries to evoke with her contemporary artworks.

This picture encapsulates Haring’s signature Pop Art style, with dynamic figures and a simplistic composition. From his humble beginnings as a graffiti artist on the New York subway, Haring launched his career with his instantly recognisable figures and motifs – of which a heart was one of the most common. He used his contemporary artworks to popularise important messages around safe sex and AIDS in an age when there was still significant stigma and taboo around these topics.

This vibrant, dynamic piece, painted when the artist was just twenty years old, presents something of an enigma to art critics. Sometimes called ‘Skull’ after the shape of the face, this complex composition certainly raises more questions than it answers. Is it a skull pictured, or just a half formed face? Does the painting represent life or death? There are some who even wonder whether this may be a self-portrait of sorts.

The painting that kick-started Saville’s career (and which went on to be the most expensive artwork by a living female artist sold at auction) is a gripping self-portrait. Saville made her name with her large-scale portraits (often self-portraits) showing women who did not conform to social beauty standards, but reflecting women as they are seen by themselves. Her distinctive handling of oil paints and her warm flesh tones are reminiscent of Lucian Freud and Francis Bacon.

This now iconic mural first appeared on Waterloo Bridge in London, although it has since been painted over. It has reappeared several times to support various political campaigns, notably the Syrian refugee crisis of 2014. In 2018 a framed copy of the work spontaneously shredded during an auction at Sotheby’s thanks to a device which Banksy himself had installed in the frame. He retitled the newly shredded piece Love is in the Bin.  The woman who had bought the print for a record price decided to go through with the sale.

Emin’s My Bed, is, as the name suggests, a recreation of the artist’s unmade bed. Emin claims she came up with the piece following an extended depressive period caused by relationship difficulties, in which she lay in bed not eating anything and drinking only alcohol. Once she got up she was disgusted to the point of impressed by the detritus that had collected in her room and decided to display it. The work was nominated for a Turner Prize, creating huge controversy over whether it qualified as ‘art’.

Look Mickey was the first time Roy Lichtenstein directly transposed a scene and style from popular culture, a move that would later become his signature. His recreation of a pre-existing scene, right down to the speech bubble, led many to brand the piece as an affront to fine art, but this unique style would eventually make Lichtenstein famous as a precursor of the influential Pop Art movement.

Murakami initially trained in the traditional Japanese art of Nihonga, before growing frustrated with the elitism associated with the genre. He coined the term ‘superflat’ in the early 2000s to describe the legacy of 2D art in Japanese culture thanks to a long heritage of anime and manga, but also to address post-war Japanese society which Murakami claims males little distinction between ‘high’ and ‘low’ culture.

This piece is the most expensive work of art by a living artist ever sold at auction and is one of the most iconic images in David Hockney’s extensive oeuvre, spanning nearly sixty years. He had initially painted the piece after seeing two photographs fortuitously aligned, but later destroyed that first version. This second attempt was painted intensely across two weeks, using reference photos specifically staged by the artist.

This piece, with its loose, dynamic strokes and its vivid colours, marked the beginning of Tanning’s shift from figurative surrealism into more abstract compositions. Made with oils and an actual segment of door, the piece echoes the door motif that is common to much of Tanning’s oeuvre. This is not one of best-known pieces – she is more famous for Birthday (1942) and Eine Kleine Nachtmusik (1943) – but it is nevertheless a key moment in her artistic career, and is arguably one of her boldest and most striking paintings.

Former Wall Street trader Jeff Koons is a highly controversial figure in the art world. He has stated that there is no deeper meaning or message behind his contemporary artworks and employs a workshop in order to bring his visions to life rather than creating them himself. For these reasons, many people question whether his sculptures can legitimately be called art. His metallic balloon dogs are some of his most instantly recognizable works.

Although a slightly controversial take on an artwork, the ceiling at the Opera Garnier in Paris is certainly one of Chagall’s most famous works. It was highly polemical from its commission up to its unveiling in 1964, to the extent that the individual panels were assembled under the protection of a military guard. The vibrant piece is considered a reflection of Chagall’s status as ‘one of the great colourist of our time’ and contains references to famous composers and artists throughout history.

This striking self-portrait was the last one that Kahlo produced, and was the only artwork she made in 1948 due to worsening health issues. She wears a traditional Tehuana costume with the raised ruff framing her face and replacing her usual ornate, natural backgrounds. The resulting stark focus on her face and facial expression means the piece is strikingly emotive, and the tears on the artist’s face are plainly evident.

Lucian Freud is known for his merciless depictions of figures, showing them exactly as he perceives them. All of his work is autobiographical, and all of his self-portraits were made using mirrors, rather than offering a more subjective or metaphysical approach. This piece is a perfect example of his famously objective style, each line and flaw in his face and skin are visible. The grandson of psychoanalyst Sigmund Freud, many consider that in portraying his subjects so starkly, Freud offers a glimpse into their minds and their worlds.

In 2007, Sophie Calle’s then-boyfriend ended their relationship via an email that closed with the words “prenez soin de vous” – “take care of yourself”. She distributed this email among 107 women, chosen for their professions, and asked them to interpret his words. Amongst the responses are linguistic criticism, legal analyses, dance interpretations, coding, and even a short film of a cockatoo slowly eating the printed note. The assorted responses are brought together in this extraordinary exploration of relationships and vulnerability.

Known for his anthropomorphic statues, often based on casts of his own body, this is one of Antony Gormley’s best-known contemporary artworks and is almost certainly his most visible. It took four years and £800,000 to construct, and now stands proudly in Gateshead, UK. The wings are angled slightly inward to suggest an embrace, and the sculpture is meant to represent the past, present, and future of the land it stands upon – from coal mining into the information age.

Dissident Chinese artist Ai Wei Wei created this striking piece in order to honour the hundreds of child victims of the devastating 2008 earthquake in the Sichuan province, who were killed when poorly built schools and government buildings collapsed on them. The large-scale contemporary artwork Remembering is made up of 9,000 student back packs, spelling out in Chinese characters the words “she lived happily in this world for seven years”, a quote from bereaved mother about her lost child.

This triptych became the most expensive work by a British artist when it was sold in 2013, for a time also holding the record for the highest price ever attained at auction. It represents the artist’s friend and rival Lucian Freud, although the two fell out the year following the painting’s completion. The colour scheme is unusually vibrant for Bacon, and the artist has previously stressed the importance of not separating the three elements either in private sale or public display.

Made during the phase of Rothko’s career that made him famous, Orange, Red, Yellow went on to break auction house records at its sale in 2012. Rothko became known for these geometric, abstract, brightly coloured compositions, which initially attracted as much criticism as they did praise. Many of his pieces from this era are large-scale, with Rothko claiming he wanted the canvases to feel “very intimate and human”. He even recommended viewers stand just eighteen inches from his contemporary artworks in order to fully experience the intimacy and transcendence of the individual. 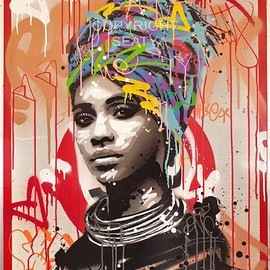 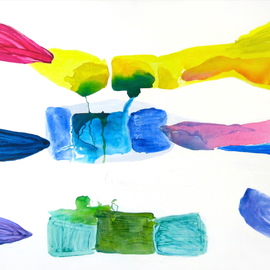 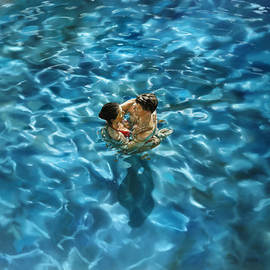 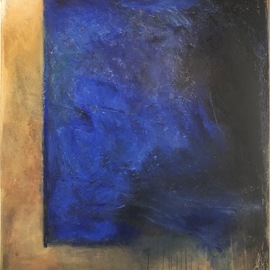