Beach art has been popular among famous artists for hundreds of years, with nature being an endless source of inspiration for them. Whether it’s the star of the show or simply a setting, some beach art depictions have earned an iconic place in art history. Discover with Artsper 10 of the most famous beach artworks ever created!

Dali’s 1931 Surrealist painting The Persistence of Memory likely references the influence of scientific advances that were occuring at the time. Described by the artist as being like Camembert melting in the sun, the watches depicted are thought to symbolize Einstein’s Theory of Relativity, concerning the distortion of time and space. The dreamlike beach scenery becomes a serene Surreal landscape, outside of the confines of time and space. Today the painting can be seen at the Museum of Modern Art (MoMA) in New York City, where it has been exhibited since 1934.

In Two Women Running on the Beach, Picasso returned to his earlier neoclassical art style. After the first World War, Picasso left Cubism with its origins in the violence of war to explore the order, rationalized structure and humanity of Neoclassicism. The painting depicts two women running joyfully and freely across a beach. The vivid blues of the sky and ocean, soft curving lines and free movement of their hair and clothes emanates joy and calm, while representing the new freedoms as a result of peace.

Photographer Slim Aarons is not known for a single beach art photograph, but rather hundreds of them! After serving as a combat photographer with the United States Army in the second World War, Aarons decided from there on to only focus his work on the beauty in the world. In the words of the artist himself, he liked “photographing attractive people doing attractive things in attractive places”. It’s therefore no surprise that stunning beaches all over the world have been featured in his iconic photographs.

Botticelli’s Renaissance era painting The Birth of Venus is not only an iconic piece of beach art, but also one of the most recognizable paintings in all of art history. As is typical of Renaissance paintings, this famous piece is not simply a beach landscape. In fact, the painting depicts the mythological story of the Roman goddess Venus, arising from the ocean after being born from a scallop shell. But how better to honor the goddess of love and beauty than with a stunning coastal landscape?

American woman Impressionist Mary Cassat is known for her depictions of familial love, notably mothers and children. In Children Playing on the Beach, the two young girls are deeply involved in their activity, making the painting highly reflective of the popularity of naturalism at the time. Aspects of the painting, such as the girls’ matching clothes and close positioning have suggested to critics that the work is a tribute to Cassatt’s beloved sister, Lydia, who died in 1882.

Matisse’s Fauvist beach artwork Joy of Life is considered to be at the pinnacle of Modern art. Inspired by the southern coast of France, the artist’s imaginary landscape is characterized by warm, bright colors and soft, curving lines. In combination with the softly distorted perspective and sensual nude figures, the painting emanates a powerful aura of paradisiacal joy. Although contemporarily the piece was criticized for these radical stylistic elements, the iconic painting is one of the most influential pieces of early Modern art.

French artist Paul Gauguin is known for his paintings of the Polynesian island of Tahiti. The artist originally left for Tahiti to escape modern France and enjoy a simpler, more liberated . However, the reality he was confronted with was the sadness and suffering of colonial oppression, something that he captures in Tahitian Women on the Beach. The two subjects of the painting both refuse to engage with the painter or eachother, both appearing to be lost in thought with melancholy expressions.

The Monk by the Sea by Caspar David Friedrich is an iconic example of the Sublime. Sublime art is a theme of Romanticism that showcases the incredible, divine and terrifying power of nature. The artist creates this effect by contrasting the vast scale of the landscape with the monk’s tiny figure. This is further enhanced by the painting’s dark colors and shadows as well as the painting’s lack of dimension perspective: the beach landscape almost appears to consume the figure.

Degas’ beach artwork depicts a tender moment in which a child has her hair brushed by her nanny. Unlike many of his Impressionist contemporaries, Degas preferred to paint in the studio rather than in situ en plein air. This is evidenced by the painting’s solid lines and elements of non realism. For example, smoke from the ships is seen billowing in opposing directions, something that would not happen in reality. Some have even considered the staged painting to be mocking the realism of Impressionist art.

Monet’s The Beach at Trouville was painted on the artist’s honeymoon with his first wife Camille, and depicts her and a female companion. Although Monet’s earlier depictions of Normandy were of stormy skies and choppy seas, this painting represents Trouville as a tourist destination. In the artwork few details are represented, with the focus on lighting and shadows. Furthermore, the Impressionist’s strong brush strokes capture the coastal breeze, resulting in a painting that bristles with movement and dimension. The piece was painted en plein air, which is memorialized by specks of sand embedded in the paint.

No matter the time of year, these 10 famous beach artworks allow us to return to nature and escape to summer. With the joyful feelings these pieces arise, it’s no doubt that artists will continue to create these stunning coastal landscapes! 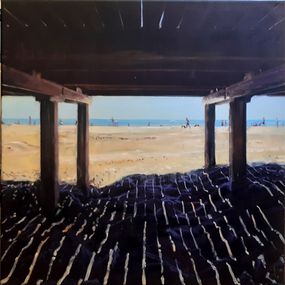 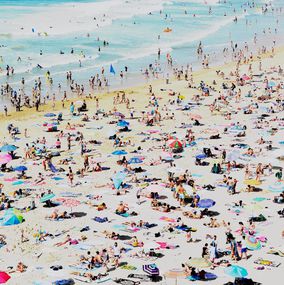 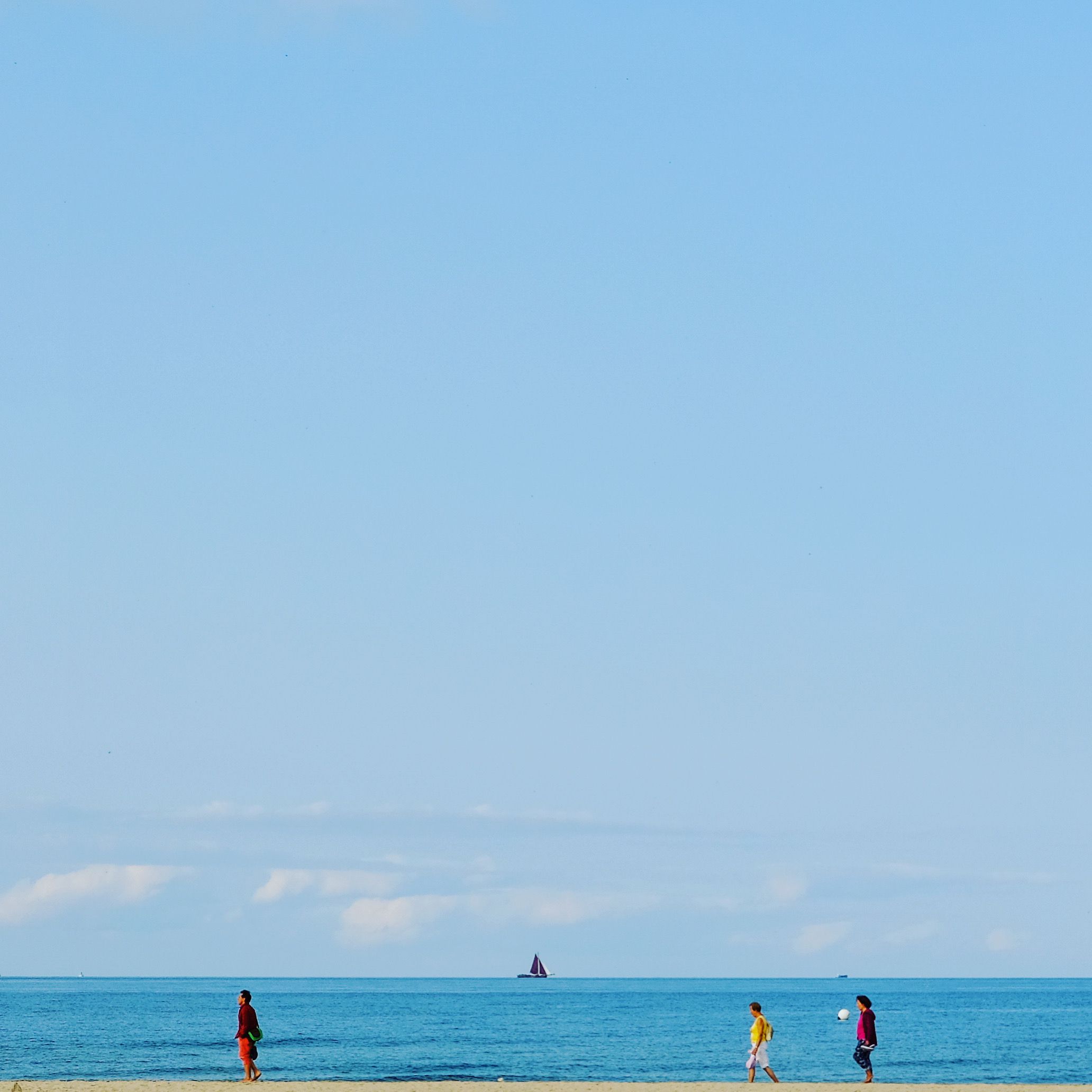 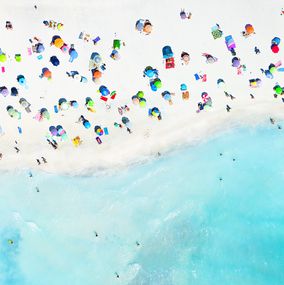