Video Art designates both an artistic movement, limited in time, with its artists and its own grammar, but also a medium of artistic expression, accessible to all. Today it is an important part of contemporary art history. But Video Art has evolved a lot since its birth in the 1960s, and it continues to reinvent itself through technological innovations and new uses. Yet, it is difficult to distinguish it from cinema, television, or music videos… So with all this heterogeneity of styles, let’s try to understand what Video Art is.

The birth of Video Art

In the history of art as it is told, Video Art was born on a beautiful morning in March 1963, in the Parnassus gallery. It is located in Wuppertal, a small town of 300,000 inhabitants near Düsseldorf. It was cold, maybe.

That day, Nam June Paik displayed 13 televisions. These old televisions are since considered to be part of the archeology of technology. But at that time, with their cathode ray tubes reproducing colors in small screens, they were jewels of innovation. But above all, from the 1960s onwards, they became the symbol of mass entertainment and of the consumer and leisure society. Thus, Nam June Paik used these small screens, and placed a big magnet on top of them. In doing so, the image distorts, twists, and ends up resembling a spectral and hallucinogenic form, ready to hypnotize us…

The role of the viewer

In other words, this relationship between art and television will have a profound impact on Video Art. Video Art indeed carries within itself a critique that questions the place of the viewer in relation to this image. In 1967, Sony invented the Portapack, a portable and affordable camera, easy-to-use. It came at the same time as the rise of the Fluxus movement and the birth of performance. Nam June Paik is one of the founding members of Fluxus. Like the members of this group, he questions the nature of art and its relationship to the world and to the viewer. He questions the notion of time in the artwork and the time of its memory. the video, too, manages to raise such questions.

For example, in the 1974 artwork Present Continuous Past(s), Dan Graham makes fun of our relationship with . In a room covered with mirrors, the spectator enters. On the walls, his image is instantly reflected at the speed of light. But in the corners, a few screens, connected to cameras placed in the room, retransmit the scene being played with a slight delay. The spectator finds himself confronted with his own image, once again, but with a few seconds’ delay. During this short gap, art transformed his relationship to time, and to himself.

In conclusion we find in Video Art a reflection on the place of the spectator, and also a specific staging. Naim Jain Paik creates sculptures by arranging screens. Dan Graham creates tension with mirrors, and each artist goes there with their own installation.

Bill Viola, for example, is a master of Video Art. Coming from the second generation of video artists, he addresses the major themes of art history: life, death, nature, elements, beauty. The camera replaced the brush. He treats this research with immense aesthetic care. The spectator is then invited to an almost religious contemplation of his work.

Today, Video Art has conquered the institutions of the art world. It is not uncommon to find within a contemporary art exhibition a work or a multimedia installation mixing image, sound, visual art and video.

Moreover it is interesting to note that in the Art Index (a ranking which ranks artists according to the number of appearances they make in the media and institutions) we find at least 4 Video Artists in the top 10 artists considered as the most important in contemporary art.

These four artists who have a connection to Video Art, and who are consecrated by the art world on an international scale, are Bruce Nauman, Cindy Sherman, William Kentridge and Pipilotti Rist.

For instance, he work of Pipilotti Rist is notable in the proportions that Video Art has taken in recent decades. In 2016, she was selected to exhibit her work in Times Square. The artwork consisted of 62 video screens, monumental in size, right in the middle of all the advertising screens in Times Square. On these 62 screens, looping over several days, numerous videos were shown. There, in the middle of one of the most emblematic squares of capitalism, she smashed her face against a window that was placed just a few centimeters from the camera lens. Her face deformed, her makeup spread out, she questioned, brutally, the gaze that the spectator has on feminine beauty.

Indeed, it is difficult to enclose Video Art in a simple definition. Some artists use pharaonic technical means, such as Matthew Barney or Steve McQueen. Others, on the contrary, insist on unprofessional rendering like Andy Warhol. Some go into fiction, while others flirt with abstraction. And the boundaries with cinema and music video are extremely blurry, if not very porous. We think in particular of Louis Buñuel who developed Surrealism in cinema. We can also think of Steve McQueen who is a video artist, but also a director of films and clips. Or even the street artist JR who did not hesitate to collaborate with great actors such as Robert de Niro, or genius directors like Agnès Varda to produce short films that are striking in their beauty and their power.

The future of Video Art

Today, Video Art continues to evolve with new technologies and new uses. At a time when everyone has a 4K camera in their pocket, and are only a finger away from a broadcasting platform that could reach billions of people, how does Video Art manage to adapt to these new trends? The ink on this question remains wet, and it will take us a bit of hindsight to discern the impact of these great upheavals on Video Art. 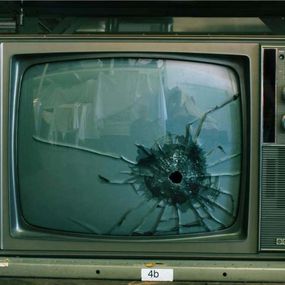 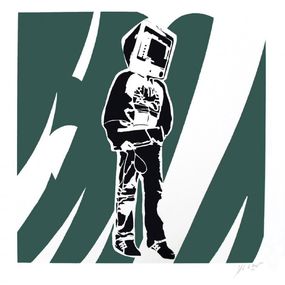 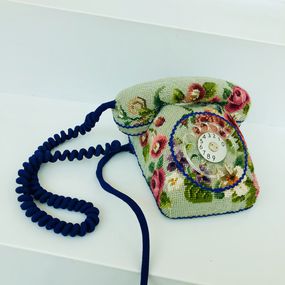 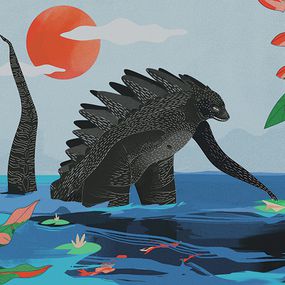