Salvador Dalí has never ceased to fascinate us, and today, many years after his death, his name still resonates just as strongly as it did in his heyday. Salvador Dalí, a leading figure in Surrealism, alongside the likes of Magritte, who impressed people with his eccentricity, unusual appearance and uncommon manners. He is mostly remembered for his artworks, and rightly so, but there are a few things that you should know about this genius!

A real Renaissance man, Dalí took an interest in cinema. This curiosity led him to make several films such as “An Andalusian Dog” and “The Golden Age”. He also designed the set for Alfred Hitchcock’s “Spellbound”. Furthermore, he dabbled in architecture, notably the spectacular Dalí Theatre-Museum in Spain where Dali is now buried. He even participated in the world of fashion, creating a hat in the shape of a shoe, a pink belt with lips for the buckle and a white dress covered with a lobster print. And that’s not all! He also collaborated with some of the most iconic photographers of his time such as Man Ray and Phillippe Halsman.

2. He worked with Walt Disney

Dali greatly admired  Walt Disney, who he called the “great American Surrealist”. In 1946, a mutual admiration led to a cartoon called Destino which was finally completed and released in 2003. The film featured a score by Mexican composer Armando Dominguez and runs for a total of 6 minutes.

3. He collaborated with the commercial world

Salvador Dalí designed the logo for Chupa Chups lollipops in 1969 and it is still used today. He advised the founder, who was also a friend, to include the logo on the lollipops in order to increase the consumer’s brand awareness. He also collaborated with Gap in a campaign that had the slogan ‘Salvador Dalí wore khakis’, as well as creating four covers for Vogue.

However, this was not always well received. Dalí’s eccentricity and his commercial mind set often irritated members of the art world at the time. Thus André Breton, father of the surrealist movement, nicknamed him “Avida Dollars”, an anagram of the artist’s name. Dali was known for his love of money, a love he had no problem embracing.

4. He was certainly not loved by everyone

Salvador Dalí, despite being a celebrated artist today, was not everyone’s cup of tea, even within the Surrealist movement. Many of the original Surrealists sympathized with Communism and therefore were against Dalí’s support of Hitlerism. They sought to exclude him for his fascist beliefs.

The English writer, George Orwell, was also not a supporter of Dalí as a person after reading his autobiography in which Dalí recounts events from his youth. However, Orwell still credited him as a very skilled artist.

5. He was close friends with Amanda Lear

Amanda Lear, a French model and singer, took painting lessons from Dalí during her youth and was one of his greatest muses. She was the protégé of the Dalí-Gala couple, and spent summers with them in their home in Port Lligat. Paintings she posed for include: The Dream of Hypnos (1965) and Venus in Furs (1968). Their close friendship lasted more than fifteen years.

After the war, Dalí developed a new style for his works that sought to represent science and Catholic imagery. This new style was born out of Dalí’s hope that new scientific discoveries would unlock the unknown surrounding religion. The pieces he created during this time, whilst still being otherworldly and surreal, focused less on personal subjects and more on universal, scientific themes.

7. He had an incredibly intense marriage

He met his lifelong partner Gala, who was Dalí’s mistress and then wife, when she was still married to Paul Éluard, a famous French Surrealist poet. It was with Éluard that she visited Dalí in his home in Figueras (Spain). The pair fell in love immediately and got married three years later. The Dalí-Gala coupling soon became one of the most legendary couples of the world of art.  Gala acted as Dalí’s other half in every sense of the word, so much so, he signed paintings with both of their names as he said she was his constant inspiration. After Gala’s death in 1982, Dalí broke the Spanish law that banned people from moving corpses without necessary permission by driving with her body back to their home in Port Lligat.

8. He believed he was the reincarnation of his brother

Having died just 9 months before Dalí’s birth, he believed that he was a true reincarnation of his past brother. This is understandable as, aged 5, Dalí’s parents took him to his brother’s grave and told him just that! Further confirmation came from the fact that they shared the same name. Later in Dalí’s career he went on to paint his deceased brother in Portrait of my Dead Brother (1963).

9. He was inspired by Sigmund Freud

In the 1920s, Dalí read The Interpretation of Dreams by Sigmund Freud. This enlightenment acted as inspiration throughout his career. In fact, Dalí had what can only be described as an obsession with Freud. He describes in his autobiography dreams of imagined conversations between the two of them.  When he finally met Freud in 1938, he took his painting Metamorphosis of Narcissus with him. Freud’s influence meant that, unlike the likes of Magritte whose works were playful, Dalí’s works often had a darker tone, perhaps adding to the allure of his character.

10. His methods of accessing the surreal were often unconventional

To be able to come up with surreal landscapes and images, Dalí believed he has to access his subconscious. To do this, he forced himself to enter a state of delirium. A way of achieving this was to fix his gaze on one object in order to see different images in and around it. This was called the ‘paranoiac-critical method’. Another technique was to keep himself in a continuous state of being neither asleep nor awake. He would sit with a bowl and a spoon and whenever he fell asleep the noise from the spoon falling into the bowl would wake him.

Salvador Dalí, a key member of the fascinating Surrealist movement, was nevertheless truly one of a kind. Constantly evolving and being inspired by new discoveries throughout his life, he relentlessly pushed the boundaries of art. His dreamy, often unnerving, creations have stood the test of time, continuing to inspire artist today and are just as fascinating today as when he first created them. His works are so iconic they have been preserved in museums and galleries across the world that are available for you to visit! 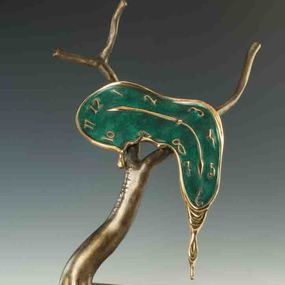 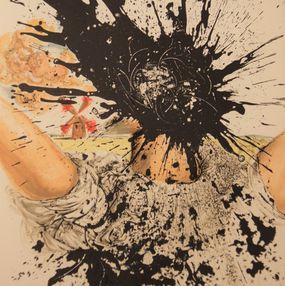 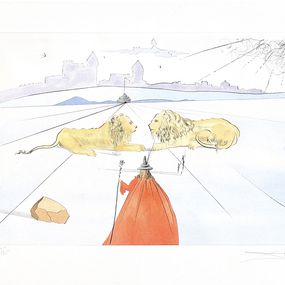 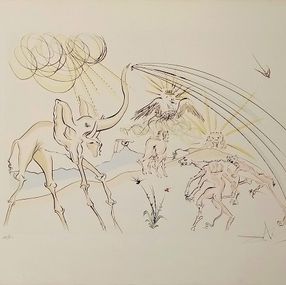