Not an easy to task to find these well-heeled creatives amongst the mass of artists, exhibitions and great masters. However we tried and succeeded (galleries prepare to be impressed) in bringing you the 10 most expensive contemporary artists of the moment, and we’ve even thrown in some extra information on all of them!

Since 2007, British artist Peter Doig, has been one of the most expensive artists in contemporary art. He is identifiable by his large format paintings and infatuation with nature, infinite spaces, deserts and references to human vanity. He is greatly inspired by photographs, posters and CD covers. Even though he doesn’t paint outdoors, the beauty and nature of his adopted homeland, Trinidad in the Caribbean, greatly inspires his works.

American artist, Christopher Wool, is a part of the post-conceptual art movement. Minimalist art inspires his work, and he became particularly known for his series of large black painted words and letters on a white wall.

Stingel’s ratings shot through the roof after an exhibition at the Whitney Museum in 2007. His conceptual paintings and installations challenge the viewer, and question the notion of art itself. The concept of time, memory and vanity are central to his works.

Grotjahn’s works are characterised by geometry and abstraction, which are reflected in his fascination with symmetry and perspective. These two qualities are worked not only into his series of paintings, but were also incorporated into his cardboard masks from the year 2000, which have a direct link to his work as a painter.

Two of his Prince’s photos are among the most expensive in the world. The controversial American artist often rephotographs existing photos in order to produce his works.

Japanese artist, Yoshimoyo Nara, is instantly recognisable due to his juxtaposed paintings that merge naivety and aggression. His paintings often depict highly controversial content such as children or animals with weapons. Nara’s seemingly simple subjects haunt viewers with their piercing eyes, allowing him to reveal the loss of innocence and growing brutality in the world.

Contemporary artist, Zeng Fanzhi, is part of a group of Chinese artists thrown into the glaring spotlight of the international art scene. Fanzhi is known for his Masks series which show eerily smiling characters, which aim to demonstrate China’s tumultuous history and his personal experience.

Controversial British artist, Damien Hirst is known for immersing dead animals in display cases of formaldehyde. He is particularly fond of installation art, conveying the relationship between art, life and death in his work. Death in particular is central to his work, which was influenced by his previous job in a morgue.

Romanian artist, Adrian Ghenie, found fame in a single painting. After a few difficult years, he was catapulted the forefront of the scene in 2016 and represented by world-famous gallerist, Thaddaeus Ropac. To be continued…

Haunted by the ghosts of Nazi Germany, Kiefer’s canvases are dark and violent, recalling the violent memory of Germany’s past. His works are created in thick layers yet also incorporate materials such as straw, ash, clay and lead. Kiefer’s large format pieces question Germany’s identity after the war. 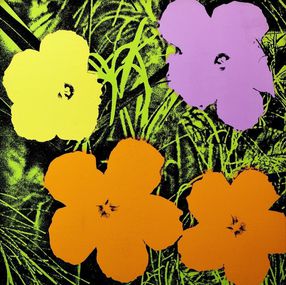