Have you ever felt like you were in a luxury antique shop while walking the alleys of an art fair recently? The items look scarily similar, additional zeros on the bill put aside: toilet paper, pile-ups of dishes, vacuum cleaners, even sex toys… These trendy art events are packed with bric-a-brac and objects that we used every day without knowing they were art material.

Buying a piece of art made of items that one can find at the supermarket for 10 times less is baffling for many of us. Two types of reactions generally follow: anger or a complete self-doubt of one’s judgment capacities. Do they take me for a fool? Or: who am I to say it is not art after all?

How did we get to such an advanced state of miscommunication between art and its audience? Artsper gives you some clues to understand the place of objects and its evolution in modern and contemporary art since the 20th century.

The origins of this phenomenon, as everybody well knows, is Marcel Duchamp’s act to take a urinal, turn it upside-down and call it a “fountain”: it was the beginning of the “ready-made”. By doing so, the artist transformed an ordinary manufactured object into a piece of art. The object is no longer “represented”, as it used to be in classical genres like still life, but now directly “presented” to the public.

Paradoxically, this act also inaugurated the era of conceptual art, even though artworks became more “materialistic”: Duchamp freed artists from the duty of “making” art in order to focus on the conceptual work behind it. Duchamp did not “make” anything in the classical sense of it: he only chose an already made object and twisted it away from its original function and frame. For Duchamp, presenting an object out of its usual functional context opened the door to symbolic representations associated with the shape of the objects.

The act of creation is therefore moved from the “know-how” of the artist to the pure idea of the work, and the artist can very well delegate the actual making of the piece, as long as it is executed in accordance with his plan and instructions. In art, the aftermath of this revolution are rather visible in contemporary artist factories such as Damien Hirst’s or Jeff Koons’ with their hordes of assistants.

A few decades later, in the 1950’s, the pop art movement made consumption society the main subject matter of its art, and used Duchamp’s twisting objects away from their utilitarian function as a key method.

Another decade later, Duchamp’s revolution continued to bear fruitsn and led to New Realism: an art movement that solely focused on the accumulation, recycling and compression of objects. Founded in 1960, it gathered artists such as Yves Klein, Arman, Jean Tinguely, César and Jacques de la Villeglé.

These artists had in common the use of piled up, assembled or compressed objects that they exposed as relics of our society. Twisted away from their original function, they make us reflect on our lifestyle and modes of consumption.

New Realism artists described their approach as the poetical recycling of urban, industrial and advertisement reality. Here, the word “realism” refers to the literary movement of the 19th century whose goal was to describe reality without magnifying it.

Today more than ever, a large number of contemporary artists continue to walk in Duchamp’s footsteps, but are pushing his initial gesture to the extreme, which raises a lot of questions on the status of art and artists.

When in 2002, Damien Hirst took a shelf and filled it up with real pills to create one of his famous “pill cabinets”, he only reiterated Duchamp’s gesture less than a century ago. Nothing too revolutionary after all! Except, that in contemporary art, the relationship between the artist and the making of art is growing looser and looser. Marcel Duchamp once gave instructions to his sister to make a ready-made that he had conceived. But today, this method is widely used and the star artists of the market have become real entrepreneurs running art-making factories: a team of assistants take care of the making of the works in more or less limited editions according to the artist’s instructions.

The problematic status of artworks is not only a question raised by the three world artists Damien Hirst, Jeff Koons and Takashami Murakami. The work of Cuban American artist Felix Gonzalez Torres entitled “Untitled” (Portrait of Ross in L.A.) does so in a different way. This piece consists of a pile of candies displayed in the corner of a room. Visitors are invited to help themselves, though the pile is constantly replenished. By definition, the piece does not exist per se since the candies are eaten by visitors and then replaced by new ones. Therefore, whenever a museum exhibits the piece, what it does is recreating it according to the instructions left by the artist, which pragmatically means buying a stock of candies at the supermarket and piling them up in a corner.

Here, the notions of authenticity and authorship are deeply called into question: does being the author of a work only mean being the one who got the idea? Why don’t we consider Damien Hirst’s assistant who painted his dot painting or the curator who piled up candies artists too? What is an authentic work of art today then? And what is a fake artwork when the original is not even made by the artist any longer?

Paradoxically, at a time when knowing what is or is not art is more difficult than ever to determine, artist’s names are acquiring more and more value and power on the art market: producing works of art does not make someone an artist any longer, in fact, it is the other way around. He who proclaims himself an artist, therefore produces works of art. It would seem rather absurd today to admire a contemporary work of art by an unknown artist, whereas we do so all the time in museums with antique or classic art.

Since in a lot of cases, the inherent artistic quality of a work is hard to pin down, the only sure value left is the name of the artist. This situation explains the current “brandization” of contemporary artists and, naturally, the proliferation of contracts and certificates of authenticity in the art world.

Did Duchamp foresee that he would give rise to the disappearance of the work of art behind the name of the artist, when he himself signed his Fountain under a nickname? Hard to say… But his idea to extract objects from their utilitarian function certainly opened the way to the extravagances of the current world of contemporary art. 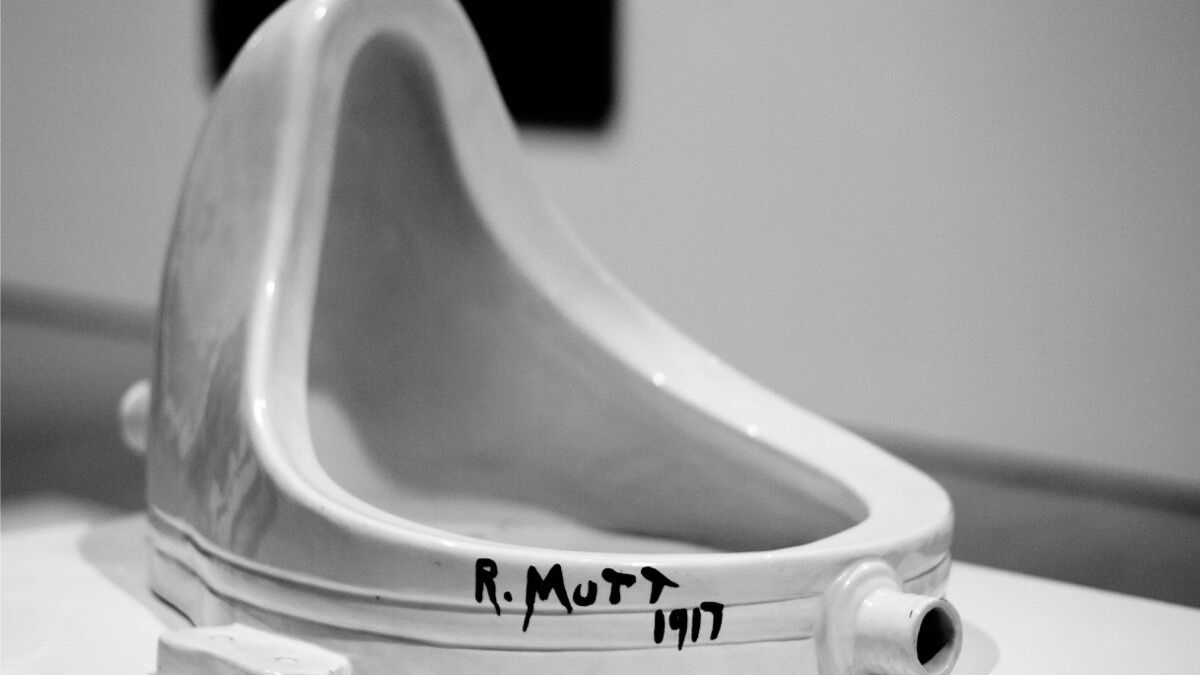 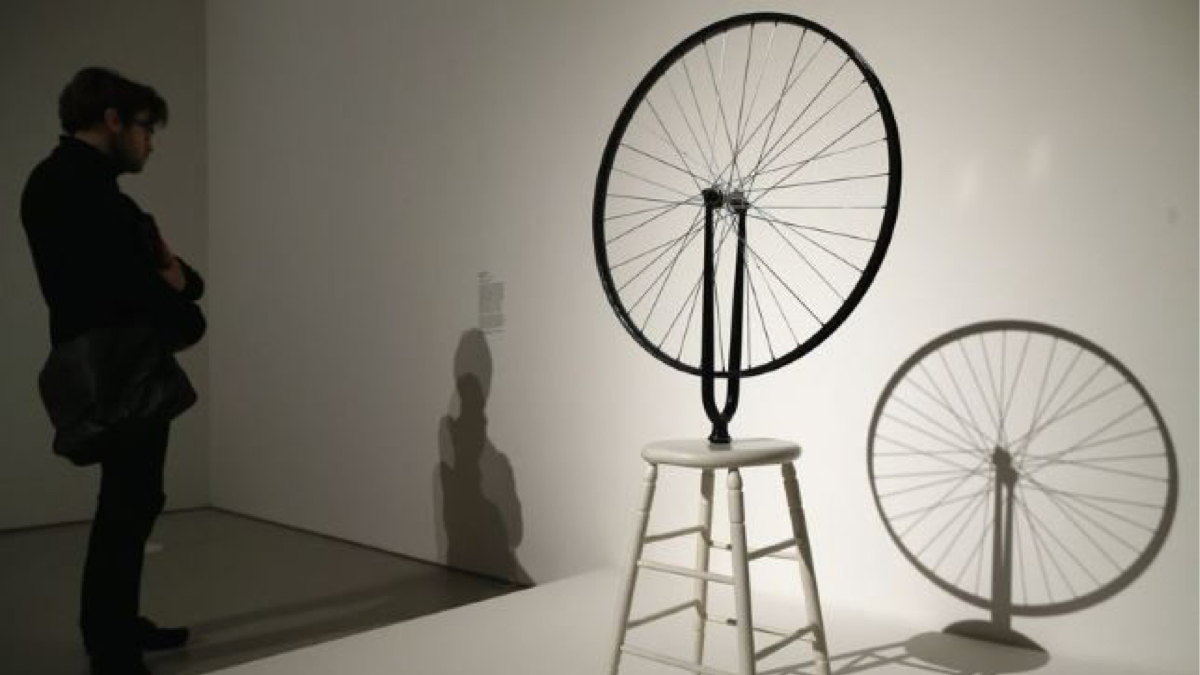 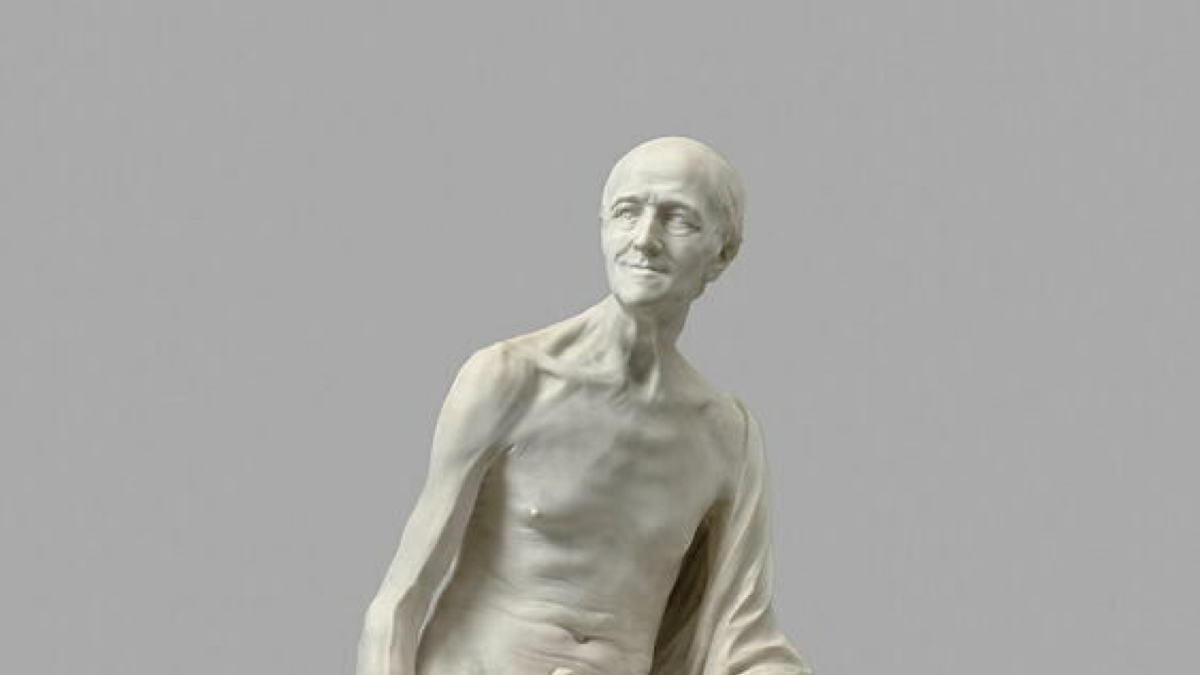