One of the most important photographers of the twentieth century, Cindy Sherman’s photographs challenged ideas of identity, storytelling and female social roles. Here Artsper tries a short overview of her life and work.

“My photographs aren’t really about any particular story, but about roles.”

So many roles… Sherman always places herself at the center of her images. Through her appropriation of different identities form a heroine in a Hitchcock film or in film star from the ‘50s, she confronts the stereotypes of femininity. She can be a monstrous creature wearing disturbing prosthetics, bearing a fake grin, displaying flamboyant colours reminiscent of science-fiction films, or portraying a woman from the high society. Her work is extremely complex, but it remains coherent, which is what makes it so disconcerting.

Born in New Jersey in 1954, she studied painting at the State University College de Buffalo, before switching to photography, after seeing images of conceptual art performances. In her first series from the 1970s, Untitled Films Still, Cindy Sherman imitates the photography stills from Hollywood studios from the 1950s. She creates well-polished small formats images in black and white.

She abandons her photography series in order to concentrate more on her body and its transformation; it is grotesque, disguised, wearing disturbing prosthetics. These works have exaggerated colours, evoking saturated digital images. Little by little, her photographs blur the boundaries between media, getting closer from painting, sculpture, performance and even collage. Her work is as multifaceted as her many disguises.

In the mid-90s, she disappears from her photographs and is replaced by mannequins in obscene positions. After 2000, she comes back to her body, her favourite tool, pushing her reflection on identity even forward. The viewer can bring to life the characters she plays and continue their stories. The artist portrays herself in a carnival-like universe that frightens and disturbs the viewer. Cindy Sherman appears in all these situations but never takes the easy way of the self-portrait. She continues to explore her subjects from the ‘70s and pushes them to the extreme.

She is a real creator, the only character of her artworks, the model and the photographer at the same time and she examines the gender roles imposed by today’s society. Her reflection is connected to the destruction and the dilution of the identities, and to the role that photography plays in this collapse.

After the year 2000, during the economic boom of the contemporary photography market, she sells her first work at a price higher than 1 million USD at an auction. In May 2011, her photo Untitled #96 was sold for more than 3 million euros by Christie’s, breaking Andreas Gursky’s record ( for the artwork 99 Cents). In 2012, she has a show at the MoMA, a pinnacle moment of her career, and is defined as “the unchallenged cornerstone of postmodern photography”. The 2012/2013 Artprice report places her as the 35th most expensive contemporary artist, with a total of €4,927,261 for 90 artworks sold in 2012/2013, and an auction of €500,695. She is represented by the Gagosian Gallery. 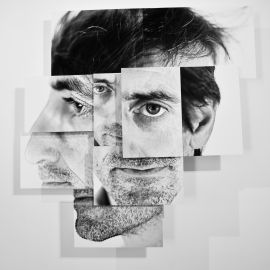 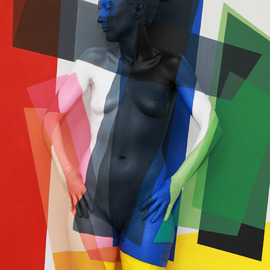 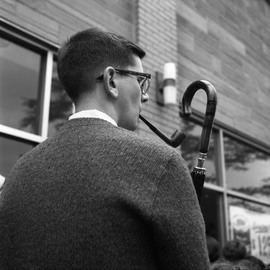 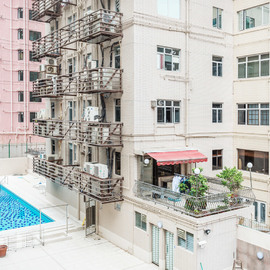